Deimos, Victor, Vivian, Summer, or Kristen who is Tate’s kidnapper? 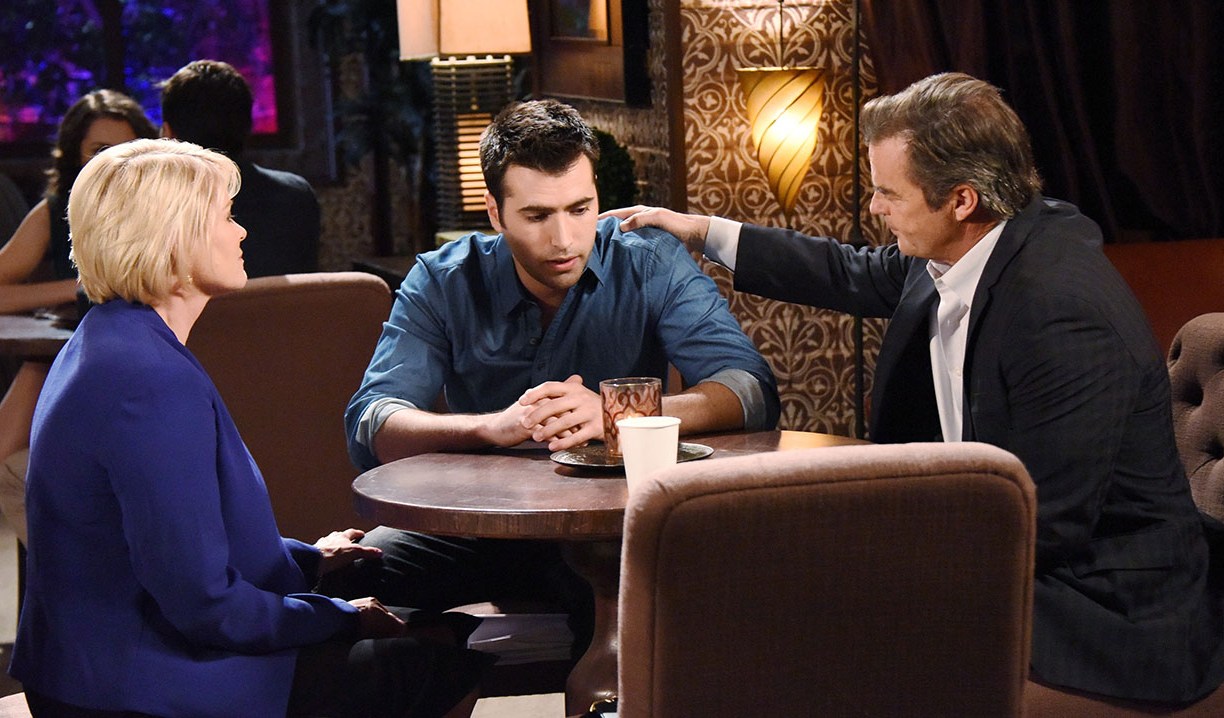 The week focused around Tate’s abduction and all the theories flying around but we came no closer to finding the kidnapper. Sonny’s return reminded us of how wonderful he is, though let’s hope he’s not written as boring as he was last time around…

College orientation…
One does not simply go to orientation for a school they haven’t applied and been accepted at. I get that Shawn and Belle want the best for their kid and though I’m one of the biggest supporters of higher education, I don’t believe in forcing it.

@sheknowsdool They magically got through college, law school and realistically grad school for Shawn’s job lol

Why the shooting range?
Dario took Nicole to the shooting range to blow off steam. Is this foreshadowing? The last guy Nicole shot was one of her many, many blackmailers, Colin Murphy. Is she going to need shooting skills in the near future?  While I agree with Dario that Nicole needs to move on from Daniel, and fast, I’m glad Nic was straight with him. She’s not into him but then why is he in Salem? I like the actor but truly don’t get the point of Dario.

Too much yammering.
Tuesday’s episode had its moments, though there was way too much talking for my taste. I am not a fan of how Kayla ‘recapped’ how Joey asked her to allow Jade to move in. Her reason for refusing to let Jade at least temporarily move in was understandable I guess, considering the whole commune debacle, though her concerns about what they’d do while alone was lame. If a kid wants to have sex, they’re going to find a way. Kayla should get a clue and start stocking Joey’s backpack with condoms. How ironic that at the same time she was filling Fynn’s ear, her kid was making sweet, sweet puppy love on her sofa. I guess she forgets what it was like to be a teenager. I don’t know. I can’t relate to Kayla anymore, especially in her gripes about Steve. The man is bending over backward to please her and she’s driving both of us crazy, when we both just want them reunited. I don’t want to talk about Joey the whiner.

Welcome home, Sonny.
Though we all knew Sonny was returning, it was still a nice homecoming, a warm welcome from his family. I forgot about his decency and generosity. It warmed my heart that he gifted the cash from the sale of Vic’s club to him. Who does that? After all he’s been through, hopefully he and Paul will find love and happiness again.

Get rid of the rapist and his asinine father.
What in the bloody hell is going on with Chase’s storyline? It’s bad enough that he isn’t in jail but is at a psych ward for no apparent reason, then Aiden actually excused the rape by saying, “The only reason that happened is because I wasn’t here.” Yes, because kids everywhere who have absentee fathers or fathers who have died will rape. I realize that he’s devastated by what Chase did but get a grip, man. Chase needs to be in jail or it needs to come out that Andre brainwashed him. At this point they’ve ruined Aiden’s character beyond redemption. The results of the last “Days” poll from the landing page are in regarding the thoughts on Aiden’s return. From a total of 10, 962 voters, the majority voted “This sucks.” Indeed. Methinks the writers might like to peek at Douglas Marland’s rules for how not to ruin a soap which could prove useful.

@SheKnowsDOOL & the fact that his victim is allowed anywhere NEAR him is preposterous. #Days — ❤John&Marlena_4Ever⏳ (@No1ILoveLucyFan) July 25, 2016

Tate’s kidnapping.
There was a lot of speculation about the Tatenapping in last week’s soapbox. This week Black Patch investigators narrowed their suspect list down to Deimos who might have had something to do with the kidnapping. It’s a little too neat and tidy though. Deimos isn’t an imbecile. He’d never make it easy for John to find the Chopin Group. Someone else must be pulling the strings. Victor, maybe in order to get Deimos in trouble. Still, Vivian is a contender. Could my Aunt Vivi really be returning? I couldn’t believe how things escalated between Summer and Theresa and almost turned into Clark’s death, 2.0. I know “Days” likes to repeat storylines, but this is ridiculous. I don’t think Summer was involved. Tate’s toy found behind the drawer looked planted!

I find it irritating that Brady always wants to take the “little woman” home when she starts spazzing out about her son’s disappearance. He’s lucky she’s keeping it together as much as she is.

Back to Eduardo’s threats.
If this storyline moved any slower, we’d be going backward. Eduardo received another threat. Some are speculating that Blanca planted the note. We know she has a history with a man named Guillermo that she doesn’t want to face. She snapped at Adriana over all her mothering, and yelled, “You’re not my mother,” which could mean she’s missing her own. Just theorizing. Or reaching. Could Eduardo have had something to do with Blanca’s family in the past or this Guillermo?

On a side note, now that Eduardo owns TBD, can we have a name change?

@SheKnowsDOOL I’d be good with that! I loved the Cheatin’ Heart! Salem needs a place that’s a bit of a disreputable dive. 🙂

Victor, “I had a heart attack, not a lobotomy.”
Victor, “Don’t worry about that. Deputy Dog couldn’t find a hole in a doughnut.”

As Nicole, a known kidnapper walks in, Deimos says to Justin about the Tatenapping, “Anybody who does that deserves to burn in hell.”