Renewing Marlena and Kate’s friendship was the highlight this week 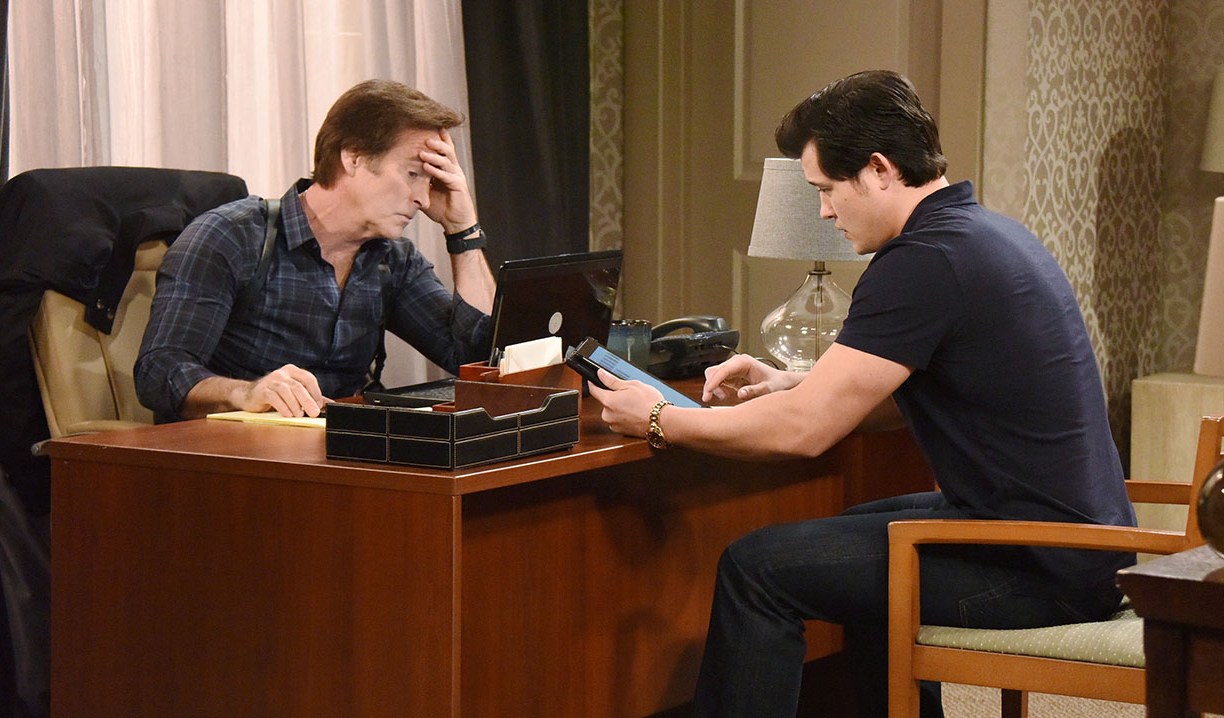 If you aren’t a fan of Rafe, you likely didn’t care for the week’s offerings. Even some who like Rafe felt the standalone episode was pointless, though there were subtleties which showed us a little more of why Rafe’s the White Knight. I appreciated that, but had issues with the standalone.

Tate’s kidnapping.
Last week’s soapbox, I had a few theories for possible suspects in Tate’s kidnapping, and this week, there are a few more. Though I don’t trust Summer, I’m not sure she took Tate. The baby crying on the plane could have been somebody else’s child and she may have taken the money and ran to Vegas for a new passport, changed her appearance so the blackmailer couldn’t find her. It’s not a stretch that Victor may have done this though it seems too obvious. I consulted my Magic 8 ball and it told me, “Cannot predict now.” It’s known to be wrong. Even though Brady said Victor was responsible for one of Claire’s kidnappings when he thought Belle was being negligent, that too could be a red herring. I maintain that Kristen could still be out there and with Leann Hunley returning to DOOL as Anna DiMera, I can’t help but recall her part in the Sydnapping. Then again, “The Chopin Group” made me immediately think of Deimos. Could he be behind this? Could…her BFF Anne? I love that there are so many suspects.

Lamest line of the week: Paul about John’s research abilities, “I’m good but this man is the boss.” Ack. Thank goodness Freddie Smith is returning to Days soon because Paul needs something more or someone else to do! He should be sizzling when he’s fizzling.

What can I say about the Rafe standalone episode that isn’t negative?
I like Rafe, I like Hope. I really love them as friends – they’ve good friend chemistry – fremistry – (I couldn’t help myself!) but I just don’t see it beyond that. I want to. They’ve a lot in common and are both good people. I also know they’ve a following, though I’m not sure it’s as big as Corday thinks. Aside from the obvious that we know Hope’s not going to die, I did like the set. It was very convenient that they had running water and a bed. Yep. The makeup on Hope, making her look almost dead was perfect – creepy. It was good to get into Rafe’s head and was a nice surprise to see Gabi and for Adriana to open up about her reasons for not liking Hope. But all in all, like the one with Aiden, what I felt could have made more of an impact in shorter segments over a few weeks or even days in this case. I’m not sure we need more of these standalone episodes!

Do I bother to mention that I found it ridiculous that it was Chad, not the paramedic who lifted Hope onto the stretcher at his place?

@SheKnowsDOOL Yup. I appreciated that. And to actually see Ciarra and Shawn D acknowledge their siblingness. 🙂

Marlena and Kate’s renewed friendship.
Friday’s episode was the best of the week, possibly the month, and had a completely different feel to it. It felt like ‘my show’, aside from Dario and Nicole’s snooze-inducing scenes. Marlena and Kate have a rich history that should never be ignored and “Days” fans were raving about seeing them together and the shared laughter over a vulnerable Kate trying to figure out why she picks ‘criminals’ was funny!

Marlena to Kate, “You don’t like men who are simply complicated. They’re criminals!”

Andre to Kate, “I’m tired of insects who run in this town and ruin my picnic.”