Deconstructing Days: Fantasies, flashbacks and ghosts made for a lackluster week 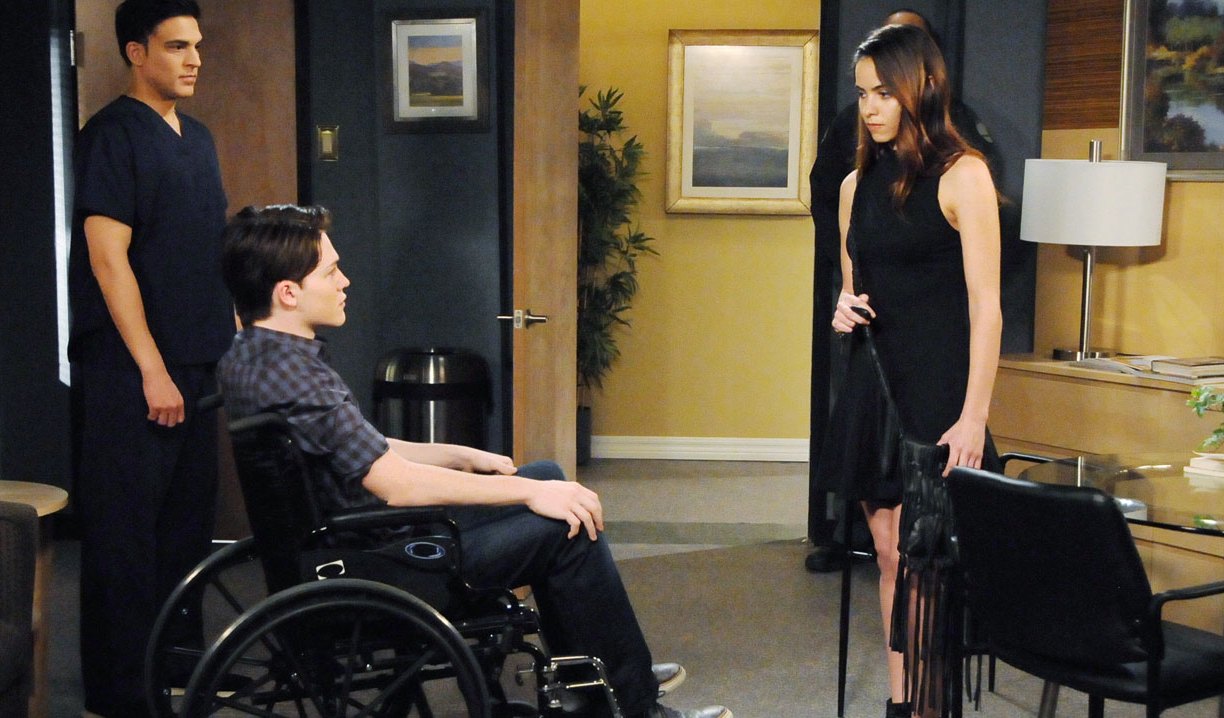 Incessant and sometimes redundant black and white flashbacks dominated the first half of the week, and Abigail’s visions of Ben dominated the rest. We got some good scenes between Deimos and Chloe, and Kate and Nicole, but otherwise it was a dull week.

A changed man?
Deimos apologized to Chloe for lying to her about who he was and using her, but swore up and down that he was done warring with Victor as his brush with death had changed him. I don’t buy that for a minute, and hopefully Chloe won’t as well. In last week’s Deconstructing Days, Christine felt they were setting up a new love triangle between these three. I was hoping this wasn’t the case, as Chloe and Nicole have way too many past loves in common as is. Unfortunately by Friday Deimos and Chloe did the deed, and immediately after she learned that he was in love with Nicole. Apparently the writers just can’t stop repeating history with these two. In a totally unrelated side note, is Deimos incapable of keeping his shirt on or fully buttoned? I swear he should just start wearing velcro shirts given how often they come off him.

Kate versus Nicole.
It was nice seeing Kate admit to Nicole that she made a mistake in setting her up, but that of course it was too late for her to recant now as it would make her look guilty. Kate was always someone viewers loved to hate, but she’s become totally unlikable lately. The show made this mistake with Nick’s character, it would be a shame for them to ruin Kate completely too. Unfortunately by the end of Friday, Kate had taken yet another step to the dark side as she happened to run into the now free Andre.

Shady Hills Ma!
Shady Hills was where a lot of the action happened this week in Salem. Abby the firebug is facing being sent away from it to a more secure facility after having possibly starting the fire. She keeps denying she did it, but flashbacks indicated that she had another hallucination of Ben and tried to snuff him out with a lighter and an aerosol can. This story has provided Kate Mansi with some amazing material, but the visions of Ben have reached the overkill stage. Abby needs to get better and get rid of his ghost for good. It was great to see Jack appear to his daughter, but it would be better if they’d bring Jack back from the dead somehow. Can we ditch Abby’s Jason Voorhees mask, as Christine called it? She is able to take it off, and it appears she has absolutely no burns on her face that she would require that mask to prevent infection. Watching her cry and moan with it on is downright creepy! Others on Twitter felt the same way about the mask.

@SheKnowsDOOL And Abby's face? Nothing wrong? Why is she wearing the mask?

Friday was Mansi’s final episode, as we saw Abby escape the hospital, while at the same time Chad seemed to be pondering breaking her out. It will be interesting to see where this storyline goes, as we won’t see Marci Miller take over the role of Abby until the fall.

Aiden arranged to have Chase transferred to Shady Hills so he could get the counseling he needs to hopefully get better. Of course with both Chase and Abby there, it was only natural the show had to find a way to send Ciara there. After all she has an awful history with Chase and is after Abby’s husband, so naturally it’s a setting for good drama. Suddenly the girl who dropped out of school with a month to go and opted for a GED has realized she wants to be a counselor, which requires a graduate degree. What, what? She sure turned her views on school around and fast. Marlena has pulled some strings to get her a volunteer job, and because Ciara has excellent credentials they gave her the position. At least the scenes between her and Chase were well done. Chase truly is sorry for what he did, though it doesn’t forgive his actions, and Ciara seems to have worked through her anger towards him. Given how quickly the kids in Salem become cops and lawyers, I’m sure Ciara will have her degree and be offered a full time job at Shady Hills by the end of the summer.

Return to Green Mountain Lodge.
Hope’s bizarre nightmare about marrying Aiden as Andre presided over the nuptials got fans talking, but mostly about Hope’s awful choice of wedding dress and her choice in who she was marrying.

@SheKnowsDOOL @soapoperafan The last thing Hope needs is a man! Please get your life in order!

@SheKnowsDOOL So they gave us Aiden, except he is going to be bad Aiden!

I was always a big fan of Aiden and Hope, until they turned him evil in order to prop up Bo’s very short return. Now that they’ve brought him back and could have undone all that, they’ve made him worse than ever with his scheming to win Hope away from Rafe. It seems like the show is recycling the same plot, this time to prop up Hope and Rafe. Aiden should have learned his lesson the first time and been honest with Hope so he didn’t have to find himself in bed with the DiMeras again.

With Hope and Aiden taking their trip to Green Mountain Lodge, I find myself waiting for him to slip up and talk about a memory that Hope supposedly had with his imposter. That, not Andre, is probably what will do Aiden in. He went to Jareds!

Home from Paris.
Adrienne returned to Salem after visiting Sonny in Paris, and promptly was proposed to by Lucas. These two deserve some happiness, and they deserve a storyline. I thought it was odd though that she brought him home a giant box of chocolates. Not usually a gift a woman gives a man. Is Lucas a secret chocoholic? Their nuptials, if they happen, likely will be what brings Sonny back to Salem.

Club TBD.
Eduardo bought Club TBD and hopes to run it with Dario, so the two can grow closer. What with The Edge, do they really need to keep TBD alive? The battling clubs storyline seems a bit stale. If they insist on keeping the club around, one viewer on Twitter had a great suggestion.

The first thing Hernandez senior should do is change the name. Club TBD sucks! #DAYS @SheKnowsDOOL

The name is silly, as Chad and Sonny never could agree on what to call it, so it became “To Be Determined.” Maybe a new name, and a facelift, could actually make it interesting again.

Kate upon firing Nicole, “Titan can’t afford to have one of its companys being run by a murderer.”

Chloe to Deimos, “Welcome to the club, Kate tried to murder me and framed Parker’s dad for it.”

These are my thoughts for the week. Please share yours in the comments, or let us hear from you over on Twitter! Christine will be back blogging next week. 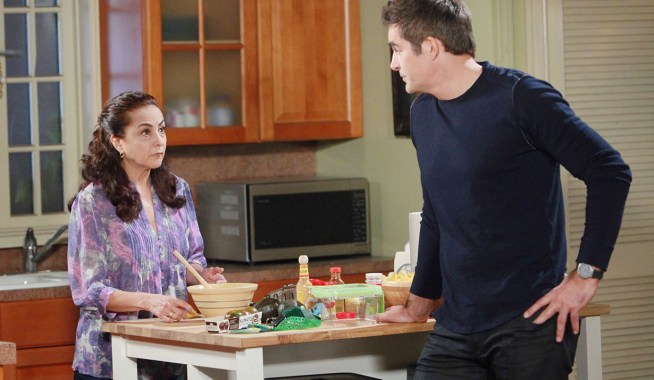 Deconstructing DOOL: It's been an interesting ride with blackmail at every turn and the SPD getting a clue

Deconstructing DOOL: Even with a few reveals the week was uneventful