Deconstructing DOOL: The teen scene isn’t going over well with viewers, and neither is Kayla and Fynn 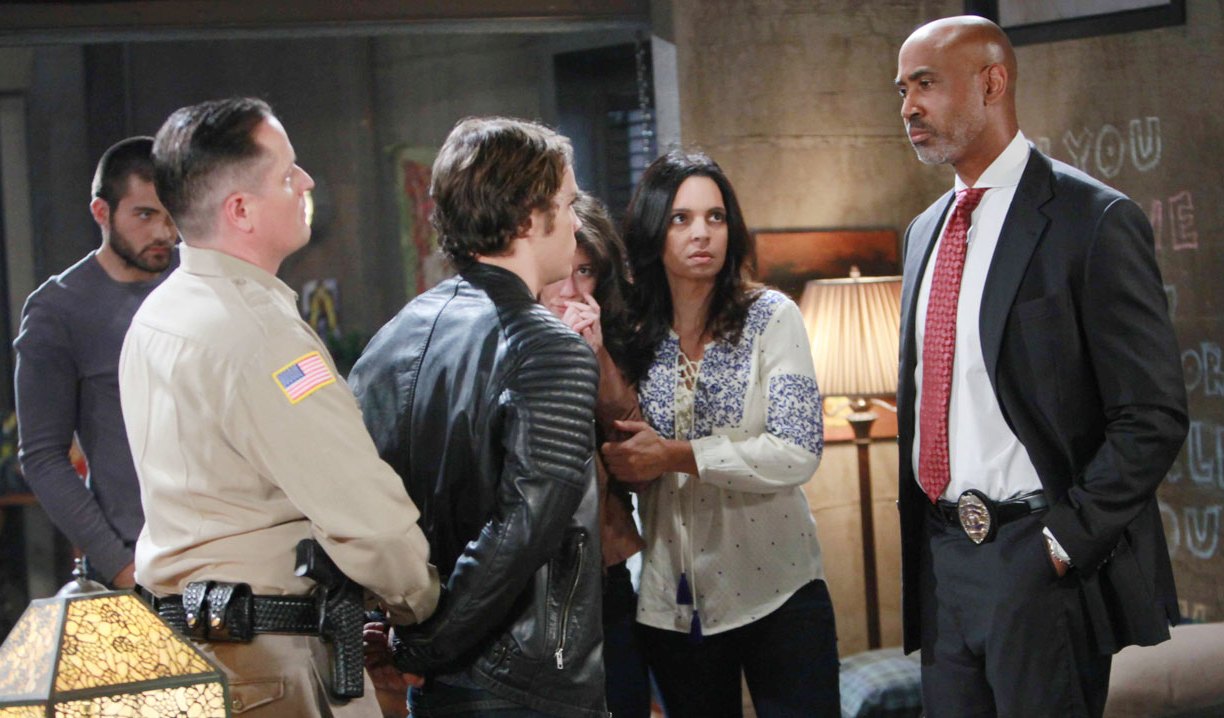 Dustin Cushman filling in for Christine Fix for this very short two-episode week. Similar to Christine’s rant last week, this one is very judgmental. A huge problem with “Days” right now is characters being written so out of character.

The teen scene needs to be cleaned up, because it stinks.
“Days” has long focused on their teen/younger characters during the summer with the hope of pulling in new, younger viewers who are on break from school. This year’s batch of teens may be one of the worst yet, as it is hard to care about any of them or their storylines. The search for Joey is at the top of my worst stories’ list. It seems like the show is trying to make him dark and brooding and turning him into a new Steve for a new generation, but it’s not working. Steve was a dangerous rebel who broke the law, but won fans over with his good heart. Joey comes off more as a whiney boy band member following a girl around like a love sick puppy. Now he’s throwing his freedom away for Jade, who just isn’t worth it. Someone end this storyline!

Ciara pining over Chad is just as bad, as Chad and Abigail are the endgame that fans have been waiting for. However, with Kate Mansi leaving the show, they obviously needed to do something with Chad in the meantime. Unfortunately, it seems someone thought pairing Ciara with Chad would be a good idea. Ciara needs to focus on herself and getting well, not taking care of someone else at this point in time, and definitely not pursing another woman’s man.

Is Rafe being set up to be the loser again?
In last week’s Deconstructing Days Christine blogged about the issues she was having with the Rafe, Hope and Aiden triangle. I have to agree with her that the main problem here is it involves unlucky in love Rafe. Every time it seems he’s found a relationship, some other guy swoops in and steals the girl from him. While Hope and Rafe have a huge fan base, Hope has always had a thing for the bad boys, and Aiden is definitely a bad boy. It’s been heartbreaking to watch Rafe witness all these little moments between Hope and Aiden, and when he saw Hope comforting Aiden in the aftermath of Chase’s stabbing, it was as if he was the one who had a knife plunged into his heart. The show needs to give him a happy ever after, but it seems he’s doomed to be the male version of Nicole. Mama Hernandez calling someone to come to town because of the dilemma Rafe is in with Hope was one of the better parts of the mini-week. I can’t wait to see who she brings in to help him out.

What to do with Chase?
The show really wrote themselves into a corner with Chase’s rape of Ciara. Given that Aiden is back, they have to find some way to redeem Chase if they are keeping him around. Others have come back from committing rape, most notably EJ and Jack. Chase’s rape of Ciara is extra hard to overcome given their childhood history together. The show has yet to address Andre’s mentoring of Chase during that period, and I can’t help but wonder if we will learn there was some conditioning and brainwashing going on like he did to Chad. With Aiden determined to get Chase transferred to a mental hospital, it would be the right time for the brainwashing angle to be played.

Back on contract! Freddie Smith returns to Days of our Lives

The destruction of Kayla and Steve continues.
Not only is Joey’s story not working, but the writers seemed determined to destroy Steve and Kayla. This isn’t going over well with long time viewers. We are invested in Steve and Kayla, and Kayla has not been acting like herself for a long time. She can’t seem to decide whether she wants Steve to come or go, and this thing with Fynn is just ridiculous. Has her illness gone to her brain? Her son is missing, she’s come all this way to find him, but she decides to take a break to get it on with Fynn in a dingy hotel room? Stop insulting fans and give us back Kayla and Steve!

@SheKnowsDOOL it is idiotic, brainless and makes no sense! 30yrs of a great couple & @nbcdays seems determined to break them up. TPTB are ?

@SheKnowsDOOL Don't like Kayla and Fynn at ALL. It all feels very fake to me and I don't really see any romantic chemistry between them.

Nicole and Kate are playing with fire.
I was glad to see Nicole assert to Dario that she was not falling for Deimos, and that she was still out to get him. I had really started to think she would fall for him, as she often picks the wrong man to fall for. It seems I’m not alone in feeling this way either.

@SheKnowsDOOL I initially thought she was going to 'accidentally' fall in love with him ? @Ari_Zucker @VincentIrizarry

By the end of Wednesday’s episode though Nicole threw herself at Deimos to keep him from marrying Kate, I’m still not fully convinced part of her doesn’t actually like the danger he brings. Meanwhile, I can’t figure out what is going through Kate’s head. For her to be so desperate to land a man who so clearly isn’t that into her isn’t like Kate. She usually isn’t one to take second place in business or in love. Given how odd so many characters are acting as of late, perhaps we are actually watching an episode of “The Twilight Zone” and not “Days of our Lives.”

Best line of the week:

John to Fynn, upon noticing his jacket on Kayla’s hotel room floor, “So, read any good books lately?”

Feel free to leave your thoughts on my column and “Days” this week. Christine Fix will be back next week and you can find her over on Twitter to discuss the show. 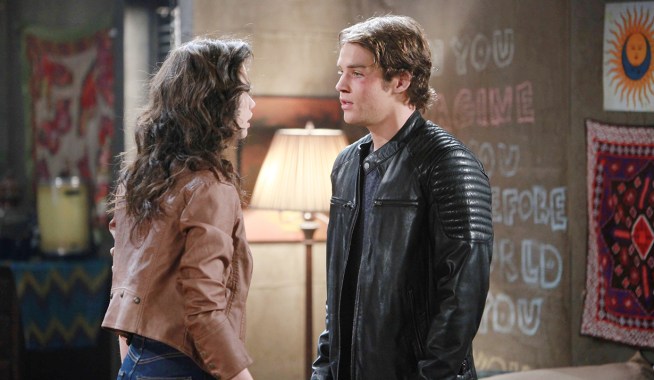 Deconstructing DOOL: No time for picnics in the park with all the addiction, theft and assault 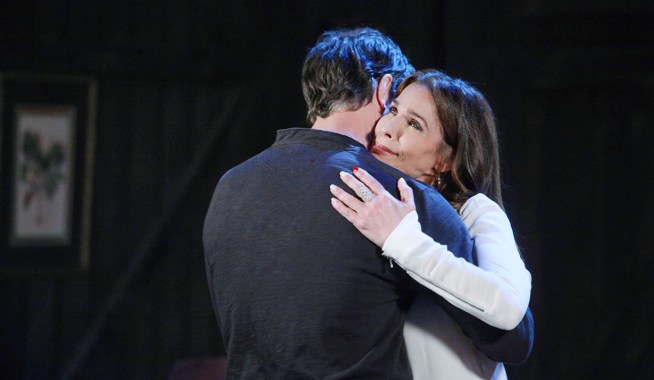