Deconstructing DOOL: Tangled up storylines confuse and amaze some viewers 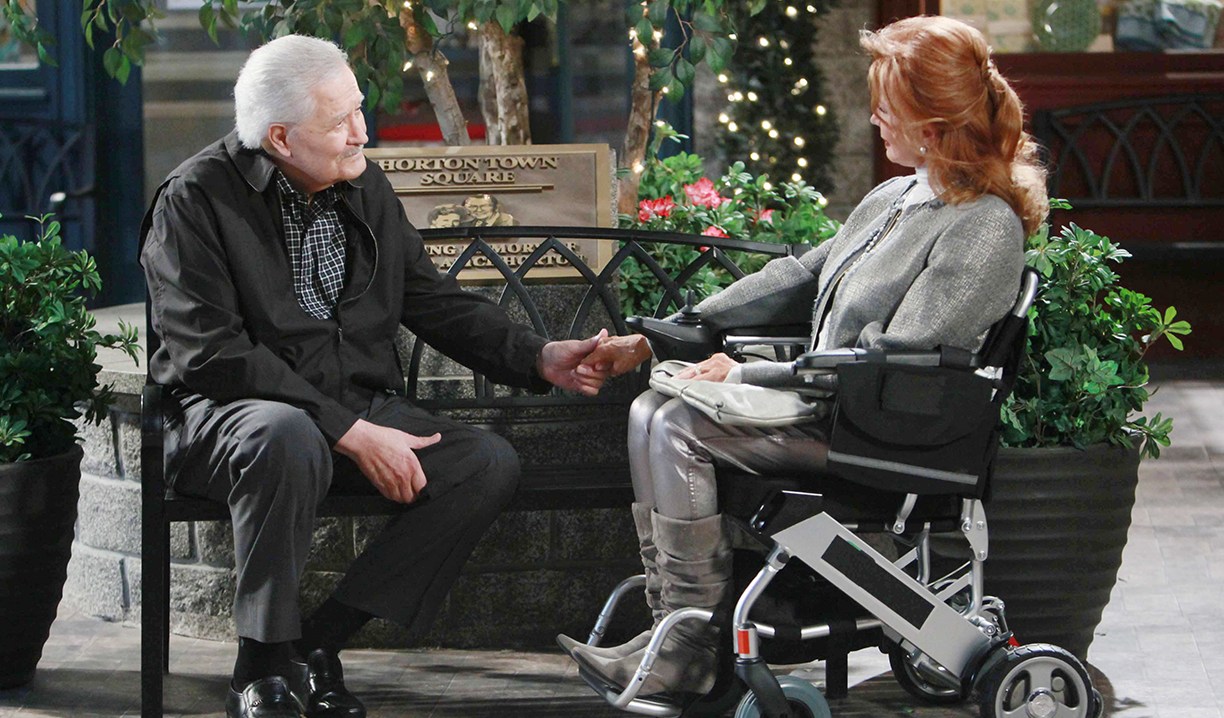 We’ve seen a lot of good vs bad, light vs dark on “Days” and we’re now seeing a lot of ‘that grey area’. Part of “Days” allure for me in the ‘90s was oddly the strong moral fibre in some of its main characters. We knew then who was good, who was evil. Not many have sound moral character anymore. Many of the characters on “Days’” morals are also so inconsistent now that I’m no longer certain who is good or who is evil!

Teens working our last nerve.
Jade has displayed bizarre behaviour a few times, starting with how excited she was to learn Joey was a murderer. I found it so strange at the time I think I blocked it out but since then I’ve enjoyed her for the quirky weirdo that she is but now I’m back to wondering what the hell is going on in his girl’s head. Jade not only has no compunction about stealing from others but she’s actually turned on by theft. We all had a touch of angst as teenagers but surely not every single teenager in Salem has to be maxed out this way. Joey and Jade are cute. Let’s get them back to Salem and away from Auntie “I refuse to work for the man” Simone and get to know them before throwing them into another mess of a storyline. I’d really like to see Joey in therapy and doing some form of service to his community at least, to atone for murdering Ava.

@SheKnowsDOOL Yes she did! Just when I think #Days can’t get any darker, now we have grand theft to add to all the murders! #twisted

@SheKnowsDOOL She also thought it was exciting when Joey told her he killed Ava. She’s bad news. — Julie McCray (@Yodaspawn) May 16, 2016

What are you hiding, lady?
Ever since Maggie met Summer and learned that she’s her daughter, she’s been more melancholy than ever. She cried while pondering over old photo albums, she’s easy to tear up, she took a long time to confess her baby news to Victor, and now she’s become downright snarky when faced with Summer’s questions about her biological father. What gives? When Maggie spoke with Julie about this, it seemed as though there was something off. Julie thought Mickey was Maggie’s first, meaning Maggie never told Julie, her best friend, otherwise. Just who is this guy who fathered Summer? I don’t want to hazard any guesses. Okay, I do. It’s not Doug is it? I doubt it but it did pop into my head. If that were true…wow!

@SheKnowsDOOL Kinda makes it seem like her chair should fly, right? LOL

This is pretty convoluted, even for Days.
Aiden’s return isn’t sitting well with me. I still find it interesting and I like Daniel Cosgrove but something is off with the story. It took time to become invested in Aiden and in Aiden with Hope as a couple as someone who liked Bo and Hope but then they quickly ruined his character and had him planning Hope’s murder in order to get her life insurance policy so he could use it to pay Stefano and Andre back for gambling debts. Ack. Now that dude’s back and lying to Hope’s face about a few things, I can’t get behind him, let alone them as a couple. It’s way too soon for that for me. I’m mostly confused and don’t find him trustworthy. It feels too soon for Hope to be considering ‘giving Aiden an opportunity to prove himself’ (odd wording) when I think she should still be reeling that he’s even alive. It’s just not believable to me that she would quickly gloss over the facts that he was planning on killing her, even though he couldn’t bring himself to do it. I wondered briefly if Aiden has anything to do with Deimos since he was the one behind Bo’s kidnapping and torture.

Nicole vs Deimos.
I still can’t get on board with this storyline. It sounds good on paper but isn’t drawing me in. I don’t like that Nicole is taking revenge for somebody else’s problem. Sure she ‘likes’ Maggie (they barely have a relationship) and yeah, Deimos almost killed Mags but it feels like Maggie’s the only one in this mess who is in a wheelchair and can see the beauty of a spring evening and doesn’t want revenge. I’m also not feeling Kate asking Deimos to marry her. She says it was a test but I just don’t get it. It’s not…Kate.

Highlight: Kate’s line to Deimos, “If we had souls, we would be soulmates.” I immediately visualized them as vampires! Loved it.

Going around in circles.
Brady and Theresa really are going round and round with her jealousy versus his White Knight syndrome. It’s getting old. While I find it unappealing, I still found a few highlights from the week: Siblings, Brady and Belle’s scene together was sweet and necessary especially now that Eric’s in prison and Daniel’s dead. Anne’s return was fun. She’s a straight shooter, which is welcomed and how shocked were you when she refused to scheme with Theresa?! Is our Anne *gasp* growing?!

Black roses?
We know that in May, Ximena Duque will be appearing on Days as Blanca. Did she send Eduardo black roses? Is she another of Eduardo’s wives? Why did Eduardo answer the door of his suite at Salem Inn with a baseball bat instead of his gun?

Curiosity of the week:
They rarely show food in homes in soaps so when they showed it a few times this week in the Hernandez household it was noticeable. Rafe eating snacks and leftovers reminded me of when Sami and Rafe were married and arguing over that sandwich at their loft:

A word from a reader:
Last week in Days soapbox I wondered if we, as viewers, were too impatient to let storylines play out before we judged. One of my readers, Birdiedog, responded: “Problem is they don’t ‘play out’ in any interesting way. Stories start and end with no middle. People die and come back with no plausible explanation. The stories as they exist right now have some supernatural explanation of why stuff happened. I’m not too impatient to let the stories play out. Tell me when a story with a middle and end are about to begin. I’m impatient with this show to get some decent cred to what they put out every day.” Thank-you for your response and to everyone who takes the time to post a comment. I read all and find them all valid points. That being said, I’m anxious to hear your thoughts about the column and this week on “Days?” Leave me a few comments and find me over on Twitter! I follow anyone who asks and love to dish on the show and will follow if you ask!

Theresa to Anne, “Brady’s a trusting guy. He’d give Vlad the Impaler the benefit of the doubt.”

Kate to Deimos, “If we had souls, we would be soulmates.”

Eduardo to Rafe: “An assassin doesn’t announce their presence.”

Deconstructing DOOL: Could our high...

Deconstructing DOOL: No time for...