Deconstructing DOOL: Fans are reeling as Aiden returns from the dead and a virus breakout threatens lives 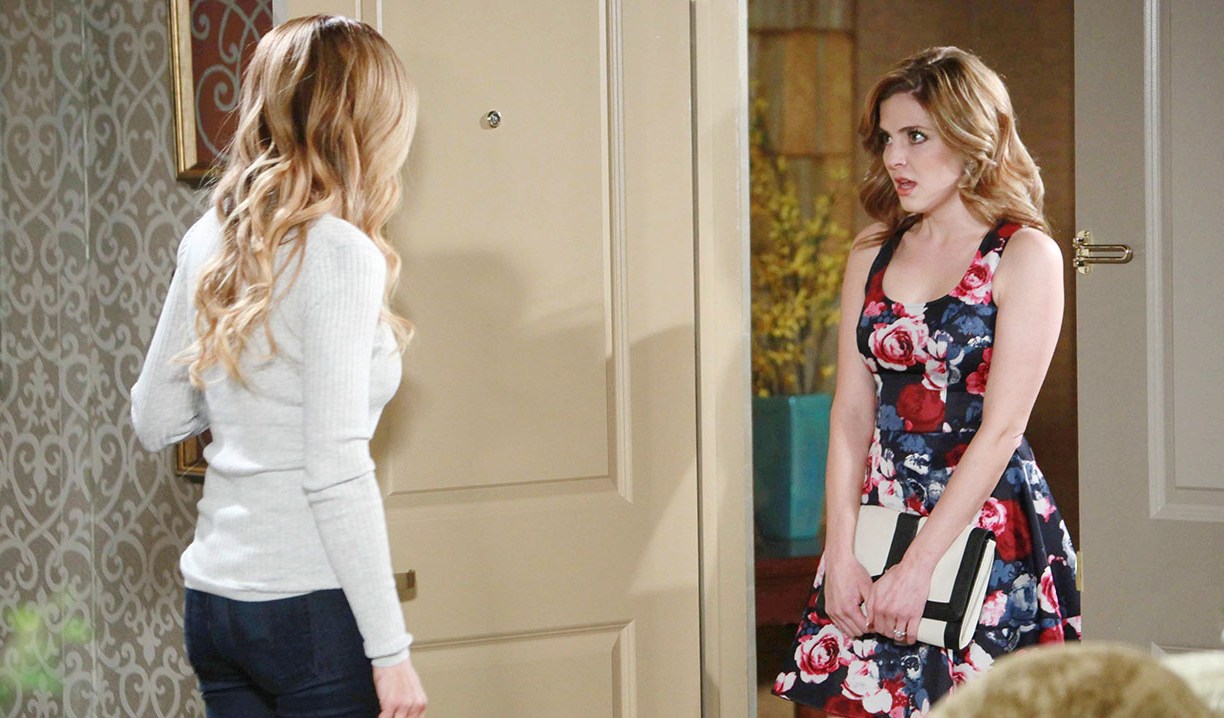 A change of scenery, and keeping the truth from your spouse are two running themes of the week…

The con.
Everything was going so well during Victor and Maggie’s scenes at the hospital and then they overdid it by asking a virtual stranger to live with them. Summer’s reaction was precious – exceedingly childlike. I guess she hasn’t had much love in her life. That or that’s all part of the con. I’m finding it hard to feel for her especially after she just conned dumbass Brady out of 50 grand. I can’t believe Brady justified not telling his fiancée that he was throwing away 50 grand by saying it was because he knew Theresa would be pissed. There’s a big lack of trust there. At least Theresa got to read Summer the riot act, though some hair pulling would have been the icing on the cake. Thank goodness Anne’s finally back though I’d have liked to see her during the scene with Summer.

Word of advice: Summer (newest “Days” murderess) and Dario might want to ask detectives Rafe and Hope how to dispose of Clark’s body. Dario wrapped it in Summer’s used sheets. Yikes.

Just thinking… I wonder if Summer sees the good side of Clark’s death. She gets the full 50 K now. She can use it to leave Salem!

Save Henderson!
I hate that Deimos fired Henderson (Ron Leath). I know – obviously Henderson was loyal to Victor, but he’s not even at the townhouse helping Maggie and Victor. I miss him. He could have Summer’s room!

Points of interest: There must be a lot of empty, furnished townhomes for rent down by Brady and Marlena’s. And it’s sort of a lonely feeling having the two mansions in Salem housing only one person a piece.

@SheKnowsDOOL I want an episode focused on Henderson and Harold gossiping about the shit the Dimeras & Kiriakises get into. #DowntonDays

MIA:
Speaking of Henderson…He’s not the only character I miss on “Days.” The sweet DiMera maid, Mary, (Mary Garripoli) hasn’t been seen since 2011, while Harold, the English DiMera butler, (Julian Barnes) hasn’t been seen since Chad and Abigail’s wedding in March. I really hope these characters aren’t gone completely. Though they may have smaller parts, they’re a staple of the show.

The White Knight.
I love that Theresa called Brady out on his hero complex but didn’t love that they dropped the conversation without getting anywhere. I guess it’s the same as having an addiction to anything else. It’s hard to hear if you don’t believe it yourself. At least she called John to discuss it with him. That’ll be interesting/creepy seeing those two work together to help Brady.

Friend zoned.
Half of the men in Salem have hero complexes and now we see Fynn going down that annoying road. Perhaps Fynn has spent too much time in medical school and not enough time with the babes to know when the time is right to hit on a woman.

Could have, should have, would have… I’m not a fan of saying ‘should have’ because what’s done is done but Fynn really should have stayed out of Steve and Kayla’s argument about their jailbird murdering son and Kayla should have told her ex-fiance that their kid got into a spot of bother with the cops. That incident just pushed Kayla and Steve even further apart and it makes no sense to me why she kept the truth from him. She was ‘worried about his reaction’ – what?

That time when…Kayla was fired by Kimberly over Shane

The loveliest mother/daughter relationship soured overnight?
Hope and Ciara have had a wonderful mother and daughter relationship. They communicate well which makes this shocking turn of events with Ciara wanting to move out unbelievable. Suddenly Hope is “annoying?” We haven’t seen enough of them arguing to pull this off. I understand Ciara was raped and is acting out and needs a change of scenery which she thinks will help her move forward but she can’t move forward until she deals with the rape. Oy. And Rafe thinks she needs tough love, you know the tough love his mama gave him when he stole penny candy? What the…the issue is the rape, not the mischief.

Total BS kill BO and Brady and Horton families what the hell are they doing to our show!! https://t.co/W4gfmBOjN5 — CRAZY4BOPE (@watersnatasha1) May 4, 2016

Did Rafe just compare stealing candy bars as an 8 year-old to Ciara’s struggles after her rape? I. cannot. #DAYS

Runaways.
Jade’s parents kicked her out because she was arrested for mischief or whatever and spent the night in jail, and though viewers haven’t been privy to this, Joey can’t get murdering Ava out of his mind, so both kids are hopeful that running away will disconnect him from their feelings. They’ll soon learn that it’s going to take a lot more than a change of scenery for that to happen. This storyline could be more interesting and compelling if the writers took their time with it and if it wasn’t written so vague.

New set.
Mama Hernandez, Adriana, got a new house. At first I thought the kitchen looked similar to Rafe’s old loft but could it be Maggie and Mickey’s old kitchen? I hope this means she’s staying. I absolutely adore her. Am I the only one?

@SheKnowsDOOL She’s growing on me, too. Don’t tell anybody, ‘kay?

Paul’s back.
I complained in last week’s Days soapbox that Paul was MIA. Well, he’s back, out of the hospital ten seconds, and now the poor guy has the shakes, dizziness and the sweats, yet it has nothing to do with his being brainwashed recently. Yep. There’s a breakout of some virus in Salem and Paul, Arianna and Gabi look to have symptoms. Death is coming…

Presumed dead.
Aiden’s back! Last we saw of Aiden, he was trying to murder Hope in order to get the millions in her insurance policy that he planned on using to pay off Andre and Stefano. The big question is, is this Aiden or a doppelgänger or a twin?

That’s a wrap! What are your thoughts about the column and this week on “Days?” Leave me a few comments and find me over on Twitter!

Caroline, “He is a demon and demons never stop.”

Steve, “Keep a shorter leash on the dingo.”

Theresa to Summer: “These little games you play? I invented them.”

Theresa to Nicole about Deimos and Kate: “To call them snakes would be an insult to snakes.”

Theresa to Brady about Summer: “She got fifty thousand dollars and all I got is a box of chocolates.”

Anne to Theresa: “One time I Googled ‘I hate Jennifer Horton’ and got sixteen thousand hits.”

Deconstructing DOOL: Could our high...