Deconstructing DOOL: Another week in Salem filled with twists and turns, Oprah and Twilight 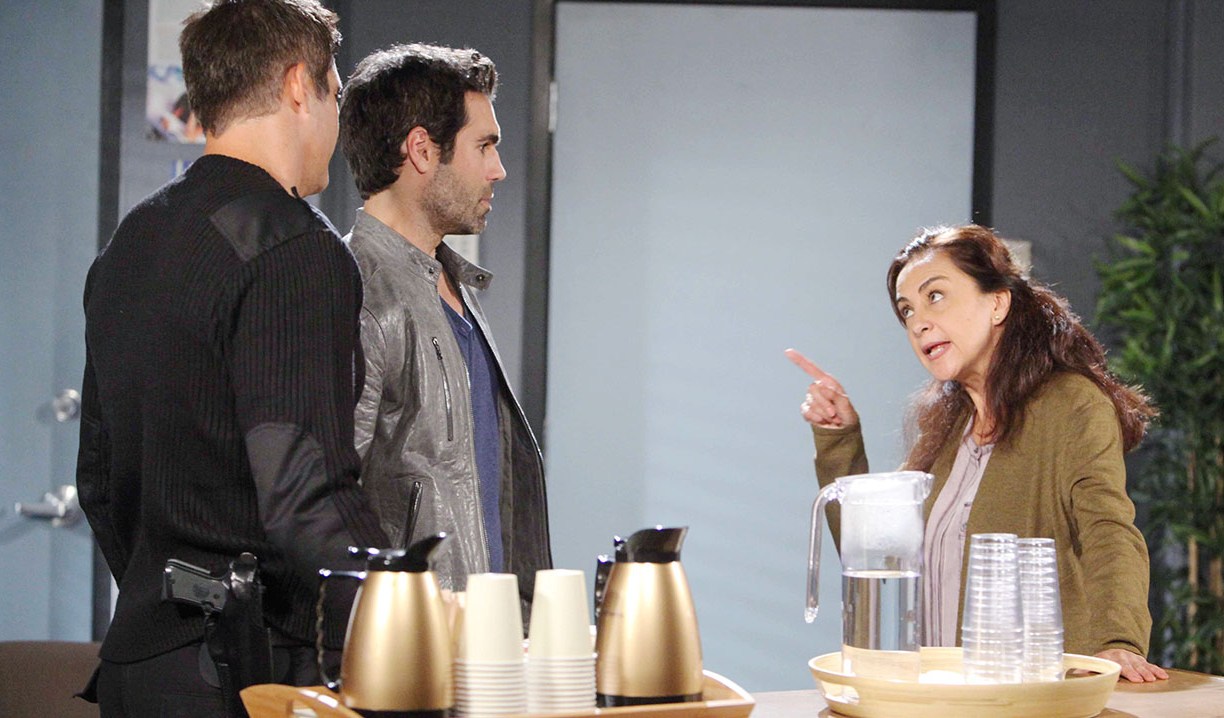 The show wasn’t short on excitement and interesting twists but fans were left complaining of the same issue that runs through our plots – the darkness.

The putrid stench of corruption permeates the air at SPD.
There was a time when SPD’s Commander Roman Brady thought it was cute to pretend to actually uphold the law. I’m not sure if I miss those times or if I can almost appreciate that he’s finally conceding that he’s as crooked as they come. Joey came clean and of course, Roman pretended the conversation didn’t happen. This is getting ridiculous! Does anyone actually believe Steve; the Commander’s brother-in-law, will go to prison anyway? Haha

Batty Ben’s so-called return.
Last Friday’s Deconstructing DOOL I wondered why suddenly Abigail was relaxed after that crank call. Nothing was said about it since and now she’s back to being on the verge of a mental breakdown. Poor Abs. One can only watch a woman go crazy for so long and then we need to move on. This is one of those times. I’m tired of seeing Abigail as the victim. It reminds me too much of Grandma Laura during the worst of times. Besides, I can’t wait to see what the Necktie Killer does.

The rescue mission.
That was a wicked easy rescue mission. Yo Ling didn’t have an army because conveniently, all the other brain-washed assassins left his side five minutes before the mission commenced. No wonder Marlena didn’t care that she was trained for combat and put on her cute black leathers and red-soled six inch stilettos and went along. It’s a shame that Paul got shafted. How much of the brainwashing took and how will this affect him going forth? And for those who somehow foresaw Ling’s suicide, I was really surprised by this. Usually “Days of our Lives” either catches the bad guy, kills him or he runs off. The entire rescue held my interest. I’m curious as to what comes next for John, now that he never has to look for his family again.

I. Love. Her.
Adriana Hernandez is a spitfire. Alma Delfina’s got some acting chops! Two minutes of her on screen and I adore her. She’s the ultimate mamma who wants to protect her kids, knows when her boys are lying, and is full of passion and love. I hope the writing for her does not change and that she sticks around. I love the Hernandez family dynamic, something we’ve been missing from other Salem families who have been rarely together in the same scene.

Four characters leaving Salem.
I’ve been asked several times over this past week what my thoughts are on “Days” axing Sal Stowers, Brandon Beemer, Martha Madison and Marie Wilson. Many also want to know if I knew why this happened.

I’m not surprised but it’s never easy to lose gifted actors. As for their characters, good riddance to all. They were underused and poorly written. Lani never fit in, her story was draggy and boring. It relied too much on a past of Abe’s that I never knew. I want to see Abe more often, dating Maxine and building a home with Theo and her kids. There’s so much story to tell with Maxine I’d love to see.

Shawn D was barely used and when he was seen he was continuously bitter, judging Belle. Who the hell wants to watch that? There’s more to Shawn than that.

Of all the careers I thought Belle would specialize in such as an interior designer or a fashion designer, Belle returned as a lawyer. Yawn. We have Justin. Salem doesn’t need another lawyer but since they wrote her as a strong female lead I was hooked…for about five minutes until they dumbed her down, turned her into a flake – a simpering wimp who didn’t know how to be a mother. What a disgrace. That’s not our Belle!

As for Summer, poor Summer never had a chance. That ridiculous storyline sealed Marie Wilson’s fate even though Summer has many layers that could have been worth exploring. Friday’s scenes of Maggie and Summer were really moving.

@SheKnowsDOOL gotta say I’m glad they are dropping the Summer storyline. The actress is fine, but what a dumb connection to bring her in

@SheKnowsDOOL Honestly, I never really connected with any of them. Belle, especially, turned me off.I found her very unsympathetic. And… — Evaine (@MetEvaine) March 22, 2016

Maggie’s story.
Though I found Maggie’s scenes with Victor, Brady and Julie very touching, I’m having a hard time buying that she never told anyone about this farm boy she fell for and how she became pregnant and was given the “Twilight” series to put her to sleep before they took her child from her. Why would they do this? The kid wasn’t even sold to a wealthy couple in the black market. Summer was in an orphanage her whole life so was the point just to get rid of the kid? So Maggie wasn’t burdened? Ugh.

I’ll leave you with this tweet that made me giggle and a little sad. As a big fan of “Days,” I too will remain loyal until the bitter end.

@SheKnowsDOOL At this point I don’t care. Days is going down in flames, but I’m here till the bitter end! ?

Victor to Deimos, “Did you see an image of Mother Theresa in your toast this morning?”

Vic asks Deimos if he met a woman. “What is her name, Oprah? When do you start the 7 day cleanse?”

Deconstructing DOOL: Could this have...