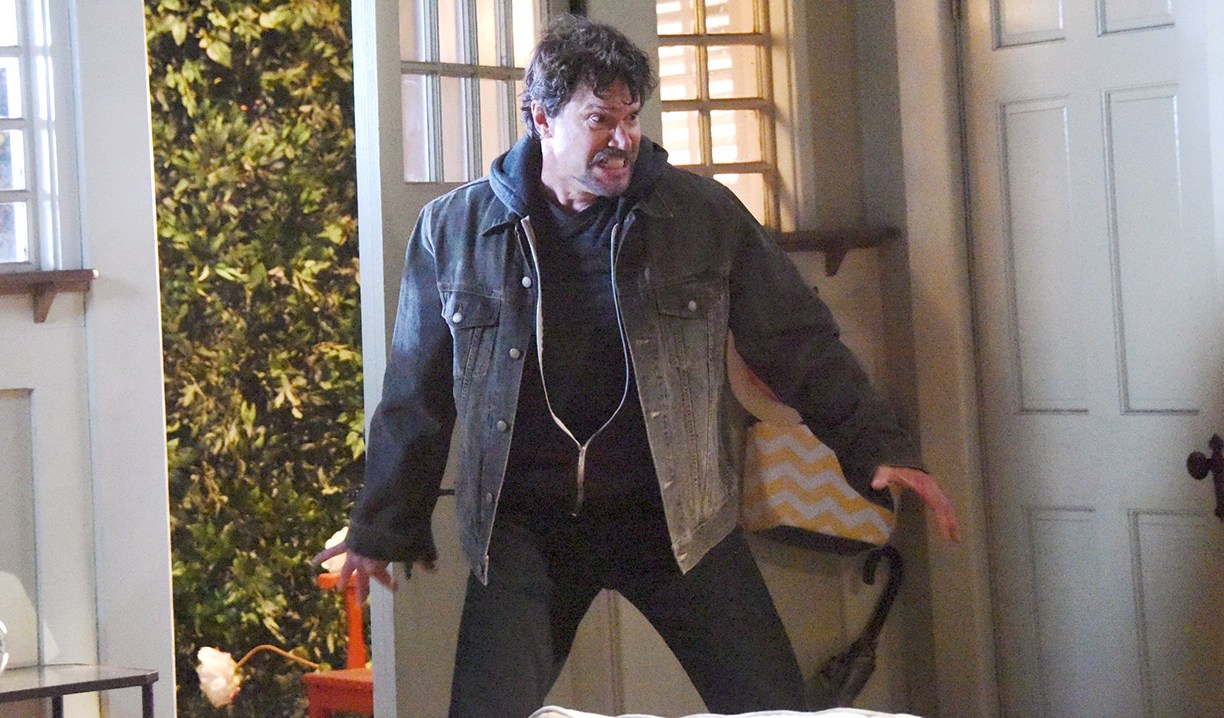 As “Days of our Lives” turns 50, we were treated to an exciting week filled with every element a loyal viewer could want such as adventure, murder, drama, love, lust, romance and intrigue.

Bicentennial party.
The Bicentennial party was in full swing this week. There was a lot going on and a lot of players on deck. Also a lot of hairspray used and big, big wigs. The wardrobe was hit and miss. I tried not to focus on it but I couldn’t help notice that weighty frock they had our diminutive Caroline wearing. I love that by the end of the week she had pulled it over her hospital gown and returned to the Martin manse, hoping to see Bo. Very cute. Marlena, Adrienne, Eve and a few others looked elegant. The men looked great and oh boy am I glad those hairstyles went out of style in the 60s and hope they never return.

It was a surprise seeing Hope’s parents walk her down the aisle at her age – odd even – but sweet, nevertheless. She looked lovely. I couldn’t help but feel sad for her and for Aiden – for his fate and her ignorance. I don’t know what woman would hand over a hundred grand upon hearing her husband had some gambling issues and think that his issues would disappear, along with the cash but beyond that, Haiden had a lot of fans and without the ghost of Bo looming, might have made it work. Caroline’s visions were true to “Days” and part of what makes me love this show so much. Bo’s return has been exciting for the sake of simply being a return of a vet but I admit that the appearance of a motorbike and mention of him careening in on one to save Hope from marrying Larry Welch was gimmicky. Fun, but yeah…Many fans are also wondering what comes next. We’ll get into that next week.

Give it up, girl.
Lani’s been as subtle as a hammer to the head when it comes to wanting to date Rafe. He has already told her it’s a bad idea for them to date considering he’s her boss so if she wants to be taken seriously and keep her job shouldn’t she back off? If a man chased his boss this way all hell would break loose. The highlight, I suppose to this story is that Lani’s Abe’s long lost daughter, but the timing could have had more impact if this gem didn’t come up as an afterthought during the biggest celebration Salem has had.

The heat turned up between Brady and Theresa.
Brady has softened toward Theresa and they definitely have a spark. I don’t know about you but I didn’t see that bedroom scene coming. It was really hot. But it’s really difficult for many to get on board with these two especially after Theresa almost killed John. Speaking of a spark, hopefully the writers won’t take hers away or her bitchiness. It wouldn’t exactly be true to character if she did a 180 and my poor Anne would be friendless.

SORASd kids.
It’s been a challenge to see Ciara, Chase and Theo SORASd. I miss the little kids. It’ll take time to get to know them. It was a surprise to see Ciara offering to steal the leather jacket for Chase but heart-warming to hear Julie deliver the story about her own brush with the law when she made off with the mink stole at Bartlett’s Department store. Such rich history discussed 50 years after the fact probably made this the highlight of the week for me. Steve getting that anonymous note that sounded like a threat and the timing of Joey being drugged was interesting. Could this be the work of Ava Vitali? Tell me what you think about that and check out what my Tweeps said about the Nu-kids!

@SheKnowsDOOL @Ali_Sweeney @KylerPettis I wonder if Clyde was peddling growth hormones to the youngsters ? #DAYS50

@SheKnowsDOOL @Ali_Sweeney @KylerPettis I guess they all did “The Time Warp”. I wonder if Tate is eating solid food ? #Days50 — Carrie Crawford (@cct41us) November 2, 2015

Psycho killer.
What a way to find out your intended is a murderer. Especially when you’re pregnant. How soon until Abigail almost loses her baby? Chad’s baby? While Ben wasn’t breaking cell phones, he showed off perfect abs which would have been enticing if he wasn’t being so menacing and creepy! He’s going to get caught soon, I think because he acts on impulse.

What is going on with Eric?
In last Friday’s Deconstructing DOOL, I mentioned Eric’s depression and now we can clearly see a story coming. He’s drinking, ignoring Daniel, lying to Nicole, and kissing Jennifer.

Wrap up.
As Hope and Aiden’s storyline wraps up, we can already see one starting with Steve and the creepy note, with that brown noser following John, and Sami’s return. Next week looks promising!

That’s all I’ve got this week. Please leave me a comment or a few about your thoughts on this week.

Victor, “Looks like you made a wrong turn, Stefano.”

Victor to Stefano and Andre, “Why don’t you boys just jump into the Batmobile and hit the road.”

Caroline to the partygoers, “Suckers!”

Victor to Theresa, “You know, I liked it better the way it was two hundred years ago. They used to burn witches then.”