Thursday, January 19, 2023: Today on Days of Our Lives, Belle rushes home to her mother, Marlena makes a request of John, Rafe and Jada search for Kristen, and Brady learns Kristen kidnapped Rachel. 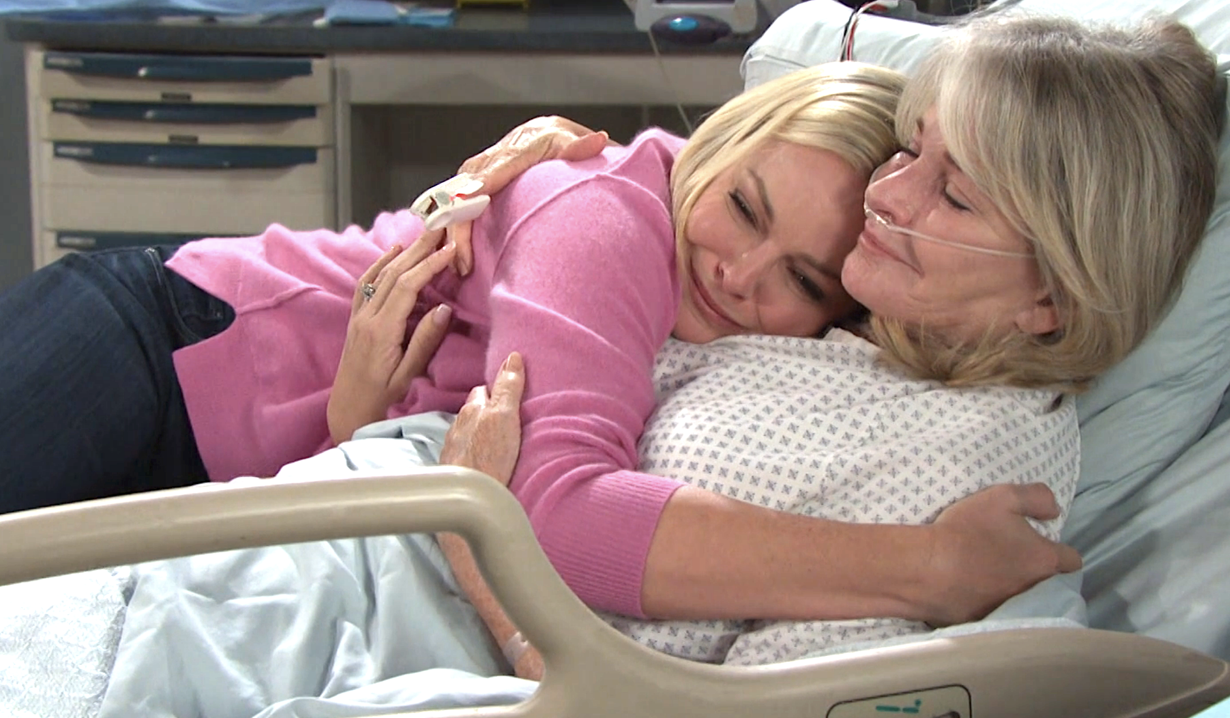 In the park, Kristen asks Rachel if she wants to skip town with her. Rachel asks why Daddy can’t come with them. Kristen says they need just a little time out, so Rachel has to choose who she wants to be with. After she makes Kristen promise they’ll come back, that Daddy is okay with it, and that they’ll make up when they return, Rachel agrees to go with her. 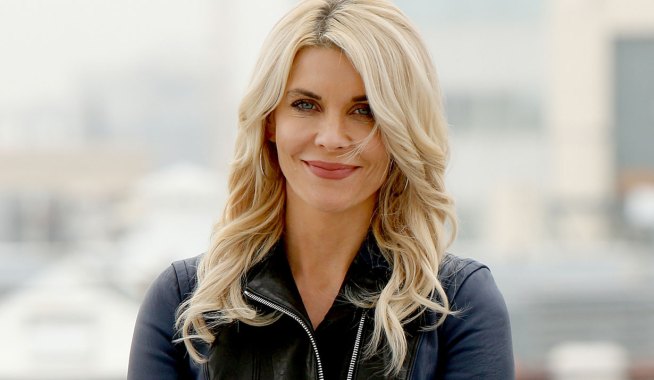 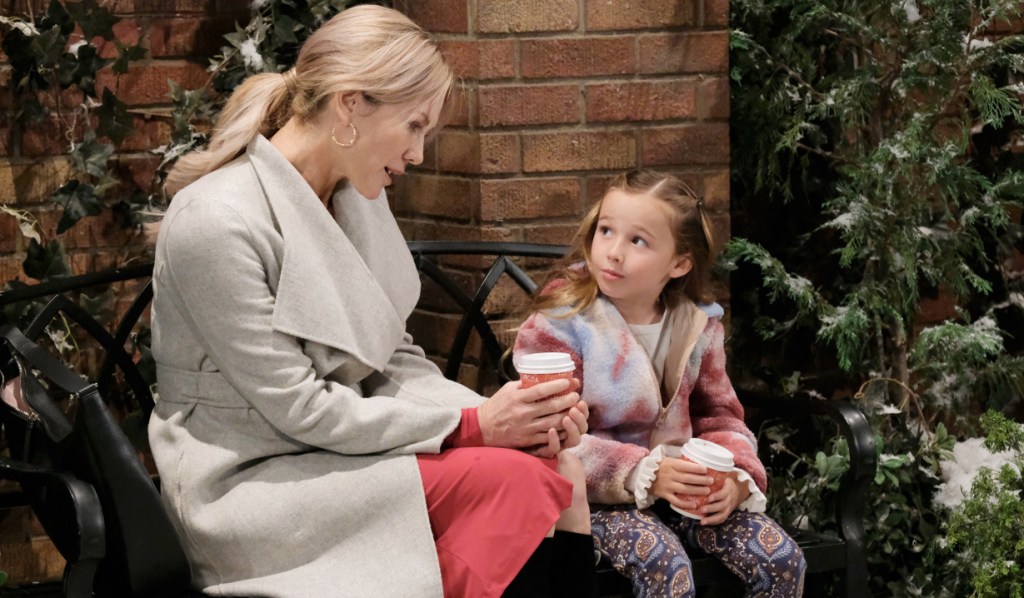 They get off the bench to hit the road, and run into EJ. Rachel runs to her uncle’s arms. EJ then angrily takes Kristen aside to remind her she’s not supposed to be alone with Rachel. Kristen declares she has every right to see her daughter. Rachel interjects to tell Uncle EJ they’re skipping town because Mommy and Daddy need a time out.

More: Could a new DiMera be the end of ‘Stabi’? 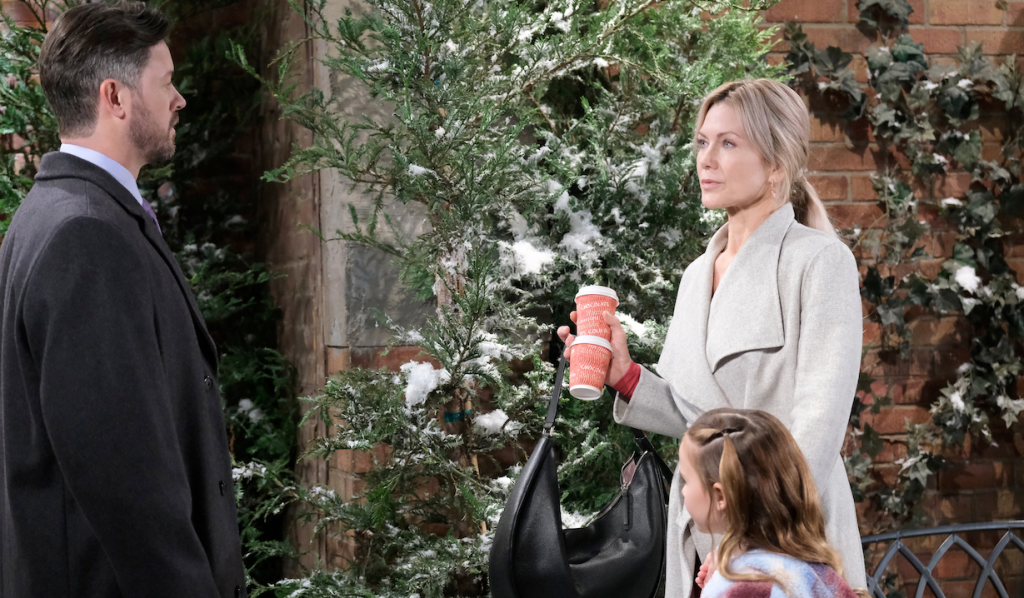 EJ pulls out his phone to call Brady, and Kristen lunges for it. He won’t let her do this to Rachel. Kristen threatens that if he calls Brady, she’ll tell Stefan he stood by as Li put him through “aversion therapy.” She wonders which parent Stefan will channel for his revenge — Stefano or Vivian. EJ relents, and Kristen leaves with Rachel.

Sarah throws Eric out of Marlena’s hospital room when she detects fluid in the patient’s lungs. He reluctantly obliges, and Sarah brings an enormous needle to Marlena’s back. Later, John enters as Marlena’s monitor goes off. Sarah uses the paddles to stabilize her. A teary-eyed John sits at Marlena’s bedside as she stirs awake.

More: The character Stefan needs a heart-to-heart with

Belle meets Eric in the hospital lobby and learns things aren’t good with their mother. Belle blames herself for staying in Johannesburg too long. Eric knows Claire needed her. Belle volunteers if no one’s murdered Kristen yet. Eric remarks that John and Steve are ahead of her in line.

As Allie sits in the chapel with Brady, she reminisces about how Great Grandma Caroline was always making novenas. Allie could use her faith right now because hers is a little shaky. Brady reminds his niece that Marlena beat the devil. So, if anyone can get through this, she can.

Allie leaves so Brady can take a call from Rafe. The commish tells him about Kristen’s taped confession and Johnny’s corroboration. He orders Brady not to go after her, but to call him if he hears anything. Brady agrees. Rafe then asks Brady to pass along his love to Allie.

In the lobby, Allie embraces Belle as Will joins his family. He says he ran into Sarah, who said Marlena’s stable. Her care at this point is palliative, but it’s not yet hospice. Her only chance of surviving is a second dose of the antidote.

Allie returns to Brady in the chapel and tells him Marlena is stable, but it’s still not good. After he catches her up about Kristen, Allie says, “Kristen finally went too far.” Brady says, “Now all we have to do is find the bitch.” When Brady mentions Rachel’s friend’s mom picked her up from school, Allie wonders if Kristen knows that. He calls the mom to give her a heads-up and learns Kristen has Rachel. He hangs up and snarls, “I’m going to kill her.”

Back in Marlena’s room, she tells John through gasps that there’s not much time left. John won’t let her give up. John leaves when Belle enters. Marlena asks after Claire. Belle explains they thought it would be best for her to stay in Johannesburg in case she needed extra therapy sessions after what happened to Kate and Kayla. Shawn sends his love, but he wanted to stay with Claire. Marlena asks Belle to tell Claire she loves her always. Belle suggests they visit her together in a few months. Marlena says it would be wonderful. Belle cries and lays on the bed with her arms around her mother.

In the lobby, John breaks down as he sits with Eric and Will. Will offers to take him home to rest, but John refuses to be anywhere else. All he can do is be close to his wife and pray. The men bow their heads and hold hands. Later, Allie comes to them and reports that Kristen took Rachel.

In her room, Marlena lies with her eyes closed. Belle picks up a book and recalls how Marlena used to read it to her until she fell asleep. Through tears, she says Marlena has been the best mom anyone has ever had. So, she will do the same for her now. Belle opens the book and reads. When Belle finishes the whole book, she breaks down and begs her mother to get better. “I can’t lose you.” 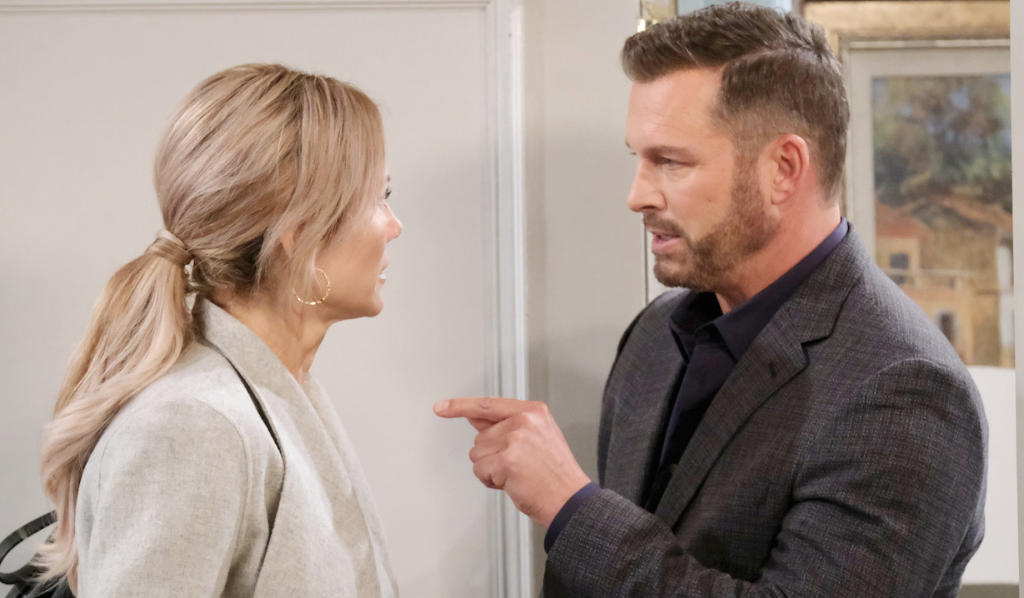 Rafe and Jada come to the DiMera mansion. They ask EJ where Kristen is, but he says he doesn’t know. Rafe gets a call from Brady, as Jada questions EJ. Rafe hangs up and relays that Kristen kidnapped Rachel.

After getting Rachel’s backpack at John and Marlena’s, Kristen rushes her daughter to the door. Kristen opens it to Brady, who asks if they’re going somewhere. Rachel tells her daddy they’re going on a trip for a timeout. Brady sends her to her room and rants at Kristen. He declares this game is done. It’s over. He yells out for Rafe, who appears in the doorway to read Kristen her rights. Jada handcuffs her.

More: The only way for Kristen’s story to end?

In the chapel, Allie gets a text from Brady. She relays to Belle, Will, and Eric that Kristen has been arrested. As they worry about Marlena, they hold hands, and Eric leads them in prayer.

John lays his head on Marlena’s chest as she jolts awake. A tear falls down John’s cheek as she asks him to take her home. Next on Days of Our Lives: John refuses Marlena’s request, and Jada and Rafe bond.

Revisit Marlena’s turbulent life and loves in the photo gallery below. 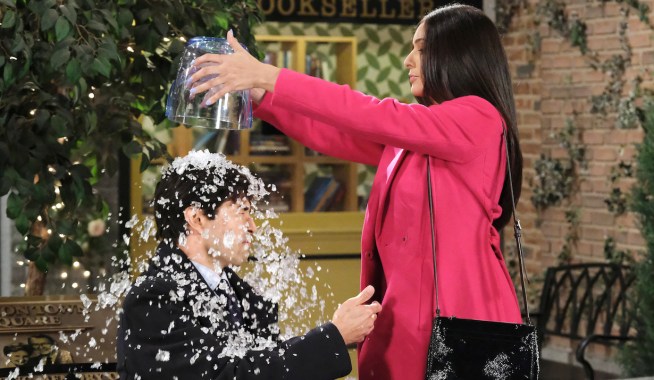 In Her Final Moments, John Takes Marlena on an ‘Adventure of a Lifetime’ 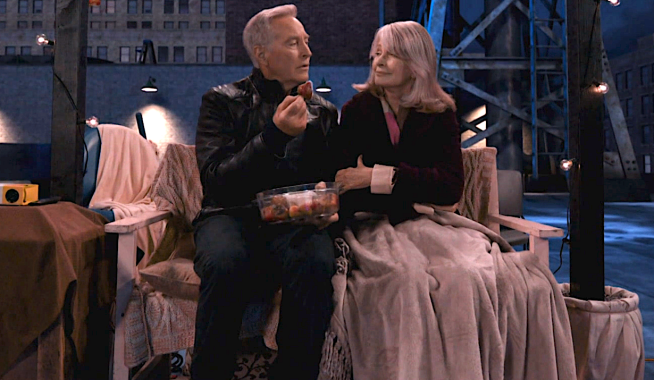