After Bonnie Urges Her to Give Xander Another Chance, Sarah Finds Her Pantsless Husband With a Half Naked Gwen

Monday, January 16, 2023: Today on Days of Our Lives, Bonnie's advice shocks Sarah, who gets an even bigger surprise in Xander's motel room; Sonny learns Leo's secret; and Chad consoles Stephanie, while Alex drowns his sorrows. 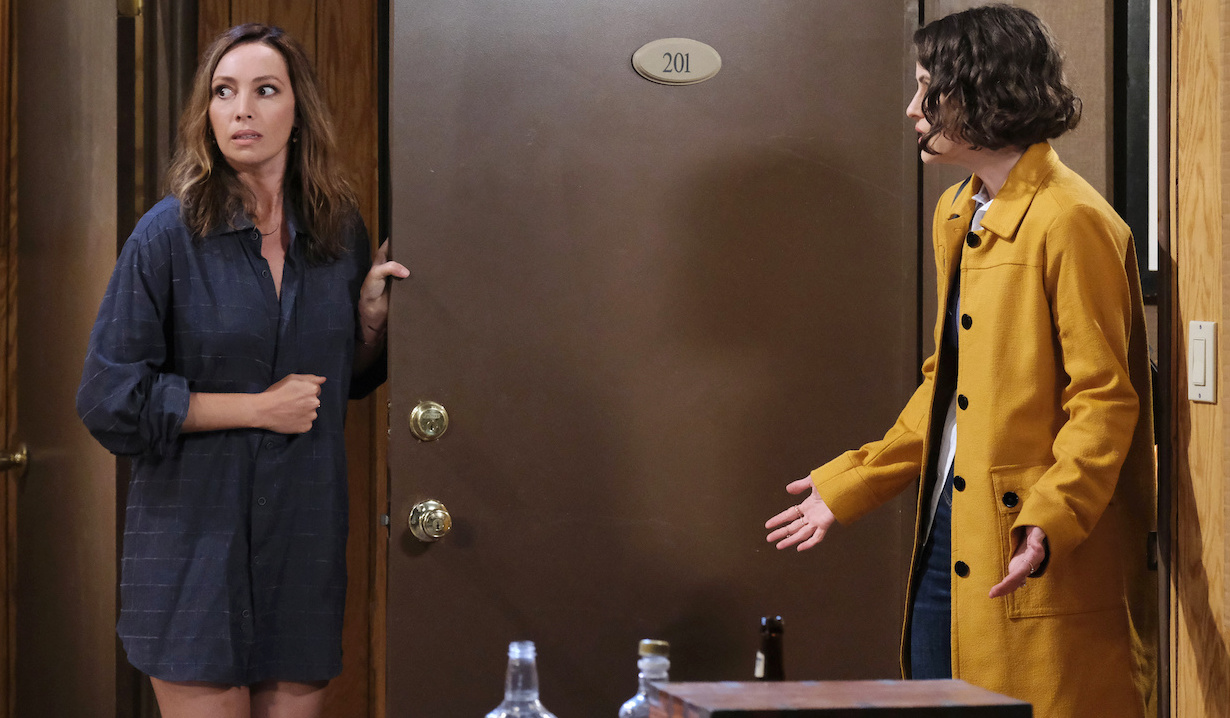 Bonnie and Justin run into Sarah outside the Pub. They discuss Marlena and the search for a cure, and Sarah asks Justin if he can help her divorce Xander. The threesome sits at a table inside, where Justin proclaims he’d be happy to help Sarah divorce Xander after what he did to Bonnie. Heck, he’d even do it pro bono. However, Bonnie thinks Sarah should give Xander a second chance. She realizes she’s been a hypocrite. What she did to Adrienne is every bit as terrible as what Xander did, if not worse. But Justin forgave her and gave her a second chance. If Sarah can find it in her heart to forgive Xander, maybe they can be happy too. 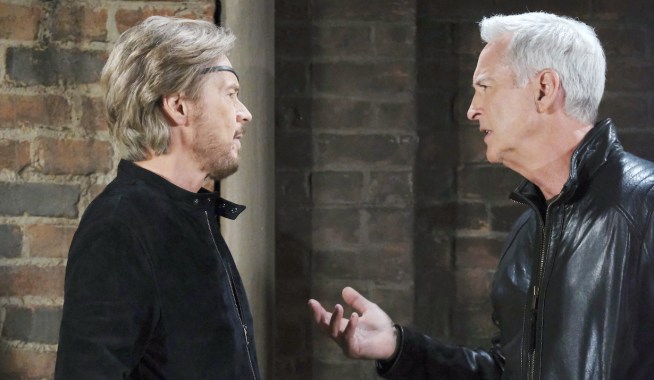 Shocked, Sarah says she can’t get past Xander contributing to Susan’s death. Bonnie’s not condoning what he did, but she understands the position he was in. Justin believes Bonnie is being too charitable, but concedes that she does have a point. He suggests Sarah give it more time before deciding to end her marriage.

Alone with Bonnie, Justin calls his wife incredible. She’s proven once again that she is one of the best people he knows. He is so lucky to have her. “Back at ya, Babe,” she says and kisses him.

More: Catch up with weekly mini-recaps for all soaps 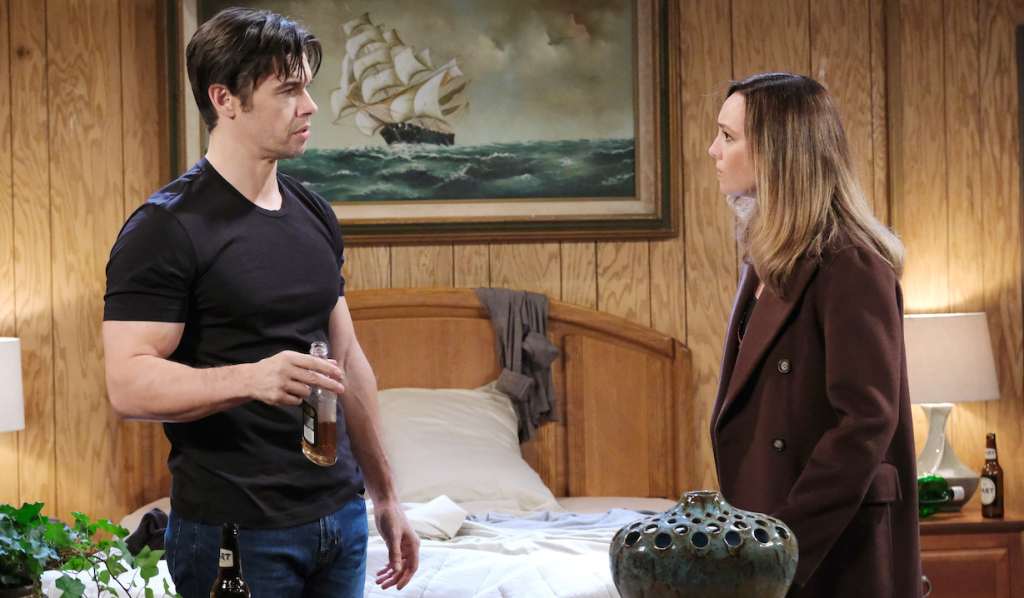 Gwen comes to Xander’s motel room and finds him stinking drunk. He finishes off his scotch bottle and rants about the liquor store taking so long to deliver more. Gwen finds more empty bottles inside his room. Xander finds a half-empty bottle, and sips it, bemoaning Sarah wanting to divorce him. Plus, he’s probably going back to prison.

Gwen tells him about the deal she was offered, but vows not to cooperate with the police. He calls her daft, but she won’t do it. He wonders what she wants in return. He’s probably going back to prison, so if she really wants something from him, now’s the time to collect. Gwen does want something — for him to pull himself together and fight for his marriage and his freedom. She pushes him into the bathroom to take a shower. When they return from the bathroom, Xander’s fully clothed and soaking wet. Gwen’s wet as well. She heads to the bathroom to change into one of his shirts, and looks back longingly Xander he peels off his t-shirt. As Xander struggles to put on jeans, Gwen returns wearing Xander’s button-down shirt, but no pants. There’s a knock at the door. Xander assumes it’s the liquor store, but Gwen opens it to Sarah. Sarah notes their states of undress and shouts, “What the hell is this?” Xander tries to explain, but trips and falls over his half pulled on jeans. Sarah spits, “You disgust me,” and leaves.

At the Horton House, Will overhears Leo worry to Sloan that he would lose Sonny’s friendship for good if the truth comes out. Will’s eyebrows raise as he hides at the doorway. Sloan agrees to represent him, but warns it will take serious legal creativity to get him out of this. Leo recaps how he helped Xander cover up Bonnie’s kidnapping. From the doorway, Will smiles. He gets a text from Allie asking if he found Julie’s rosary, and he sneaks upstairs. 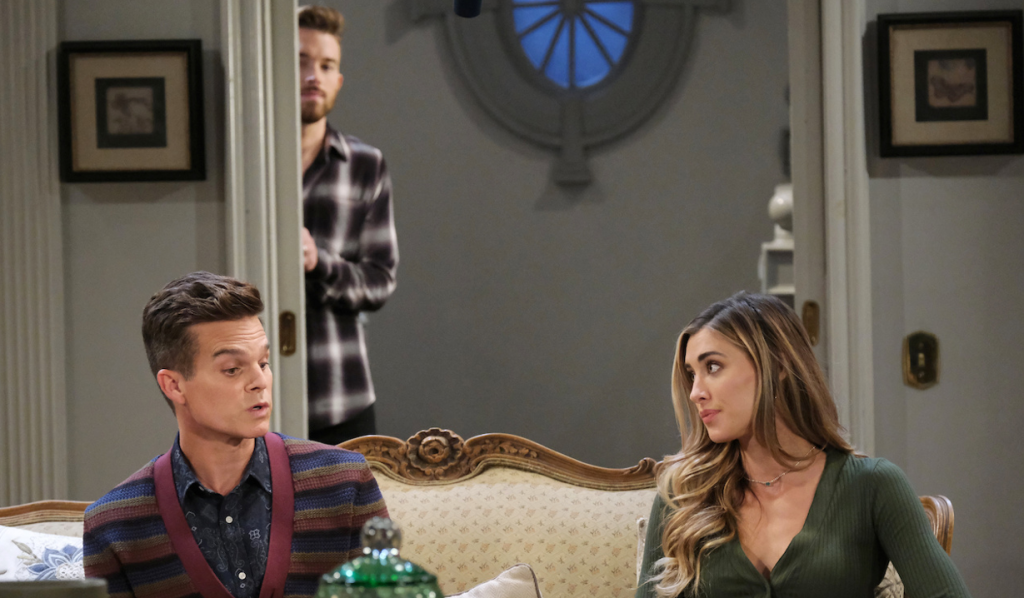 Leo makes martini’s as Sloan tells him testifying anonymously isn’t so easy. But at least, he won’t be in prison. That’s not good enough for Leo. He can’t have Sonny find out the truth. Sloan says he must have it bad for Sonny if he’s willing to risk jail time. Leo denies it, but then realizes he’s totally crushing on Sonny again. But even if they aren’t to be, he still wants Sonny as his friend.

Sonny finds Alex downing drinks at the Kiriakis mansion. Alex tells his brother he just lost the best thing that ever happened to him. Sonny thinks Stephanie just needs time, but Alex knows she’ll always hate him for depriving her of her last moments with her dying mother.

More: Marlena’s time is running out in Days promo Later, Alex sits alone in front of the fire. He sips his drink as he recalls asking Stephanie to stay the night with him. He says he can’t stay there and leaves.

After a teary Stephanie calls him, Chad comes to her parents’ place. She tells him about ending things with Alex for good. Chad understands why she’s angry, but defends Alex. Stephanie can’t get past Alex’s actions preventing her from seeing her mom before she died. Chad asks how he can help.

Later, Chad serves spaghetti and meatballs that Kate taught him how to make. Stephanie offers her condolences for his loss. He recalls how hard Kate was on him, but she always lifted his spirits.

After they eat, Stephanie opens the refrigerator for dessert. She finds one of Kayla’s apple pies. A note explains Kayla made it for Stephanie since she missed out on Christmas. Chad holds her as she cries. As they eat the pie, Stephanie thanks Chad for coming over. She’s not sure she could have gotten through this night without him. “Anytime,” he responds.

At the bar, Sloan finds Alex drinking alone. She flippantly wonders why he’s not with Stephanie. He tells her they’re not together anymore because he’s an arrogant, misogynistic jerk who screwed up. When she hears the story, she confirms there’s no way he’ll get a second chance. She points out he made the fatal mistake of getting emotionally attached. No strings attached is the way to go, she reminds him. For what it’s worth, though, she’s sorry because nothing is worse than a broken heart. Or, so they say. At the hospital, Sonny rushes off the hospital elevator and into Will’s arms. Will tells him what he overheard from Leo, and Sonny starts to head out. Will stops him. “Tell Leo that Wilhelmina says hello. Also, good riddance, go to hell, and screw you.” Sonny will pass it along.

At the Kiriakis mansion, Sonny tells Leo to pack his things and go. He knows he was involved in Bonnie’s kidnapping. A tear runs down Sonny’s cheek as he wonders how Leo could do this to him — to his family — after all he’s done for him. Leo begs for another chance because Sonny is the only true friend he’s ever had. He promises to do better if Sonny can just forgive him. Sonny knows Will was right and that Leo is, and will always be, a despicable con artist. Sonny thought they were actually friends. Leo tears up and says they were. They are. Sonny spits out, “You are nothing to me.

Later, Sonny calls Will, who is sorry Leo hurt him… again. As Sonny hangs up, Leo returns with his bags. He asks if Sonny will turn him in to the police. Sonny doesn’t know. Leo declares he really did care about him. His friendship means everything to him. Their bond was sweet and special and great. He’s certain deep down Sonny knows that too. “I am so very sorry, Jackson,” he says. “For everything.”

More: The real fallout from those Days deaths 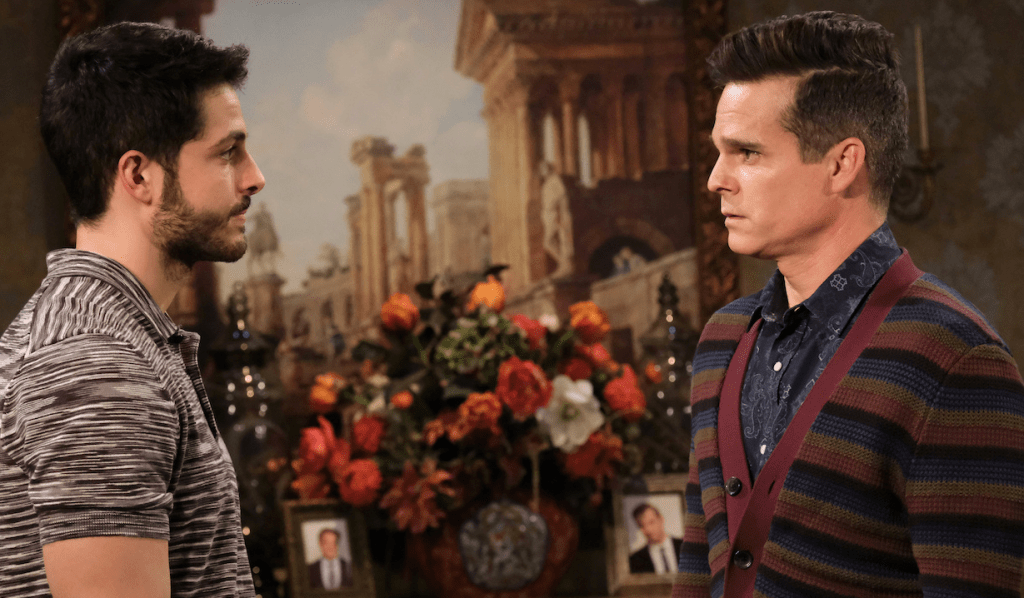 Next on Days of Our Lives: Steve confronts Kristen, and Gabi makes a request of Brady.

Revisit more tough spots Xander’s gotten himself into, and out of, in the photo gallery below. 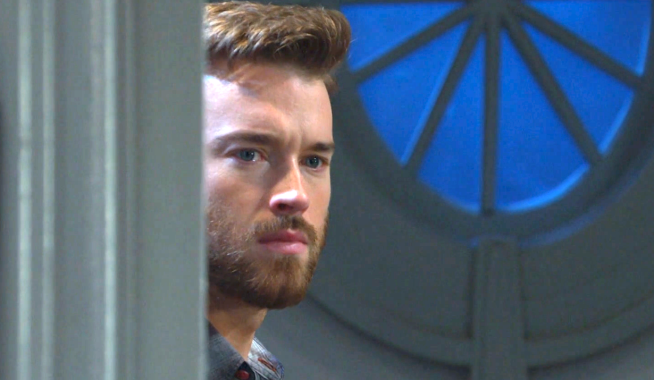 Johnny Saves Kristen From Steve's Attack, But Steve Walks Away With What He Ultimately Came For