Johnny Turns On the Charm as He and Wendy Track Down Rolf — Plus, Chanel Recounts Killing Sloan’s Mother

Wednesday, November 16, 2022: Today on Days of Our Lives, Johnny flusters Wendy, Li tracks down his sister, Chanel tells Allie everything, Gabi gets under Stefan's skin, and Alex opens up to Stephanie. As Johnny and Wendy enter a motel room in Jakarta, Wendy bemoans having to face what Li did. Johnny offers if Li did have Stefan brainwashed, he did it for love. His father, on the other hand, did it for power, or force of habit. He notes the DiMera’s have been taking over people’s brains for generations. Kind of like handing down a family recipe. Wendy calls him sweet in a creepy kind of way. Before they look for Rolf, Johnny heads for the shower. She watches him take off his shirt. 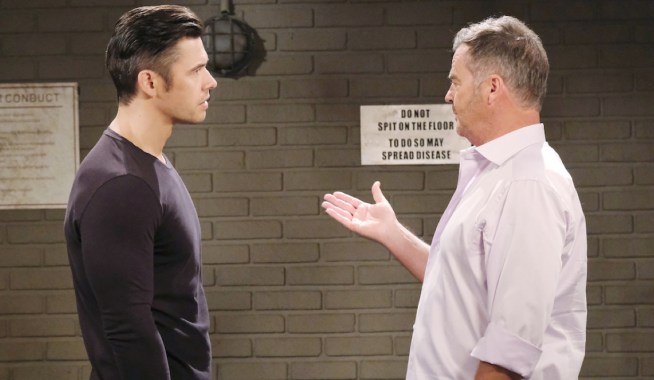 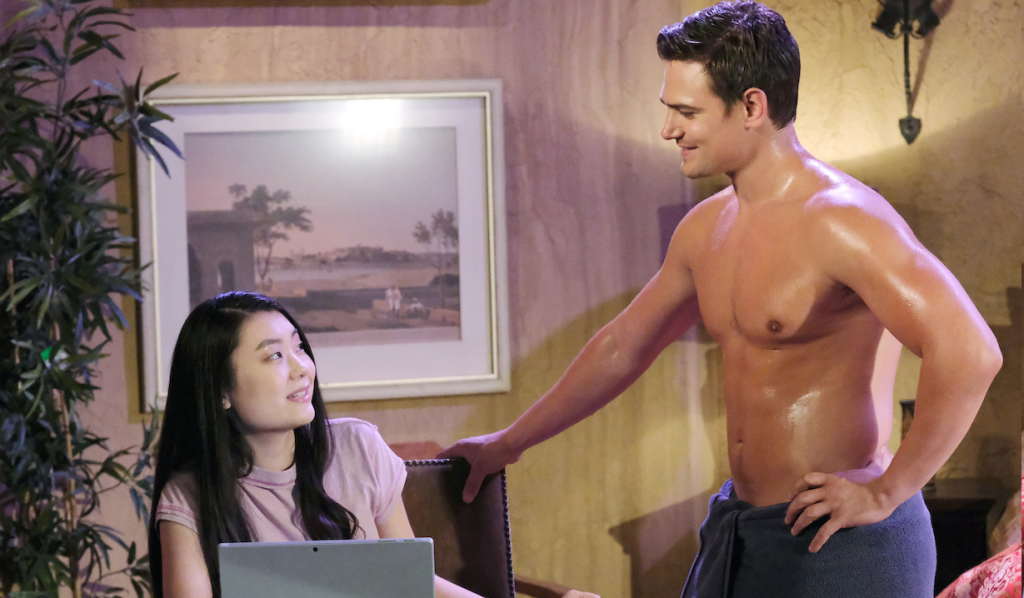 Wendy works on her laptop to keep up appearances at DiMera, as Johnny emerges with a towel wrapped around his waist. She wonders if he’s going to get dressed. He moves closer, wondering if he’s distracting her. But also, he had a thought. Rolf would never have come there if he didn’t have a high-tech lab. Wendy says that’s a good place to start looking.

Johnny dresses as Wendy searches DiMera’s financials to locate Rolf’s lab. Wendy suggests she go alone and record him on their phone. Johnny has a better idea and tells her to lift up her shirt. He kneels down and fastens a mic to her skin. He asks how it feels. She says it feels good… “I mean, it’s fine.” He wonders if he makes her nervous. She wonders why she’d be nervous. He puts his hands on her hips and says, “You tell me.”

Gabi bursts into the DiMera office looking for EJ, but finds Stefan behind the desk. Since EJ’s tending to personal business, she tells Stefan she wants Gabi Chic back. Stefan reminds her they own it now, and there’s nothing she can say to change his mind. She moves to slap him, but he catches her arm, as Li walks in.

More: Will Days take on *this* real-world topic? 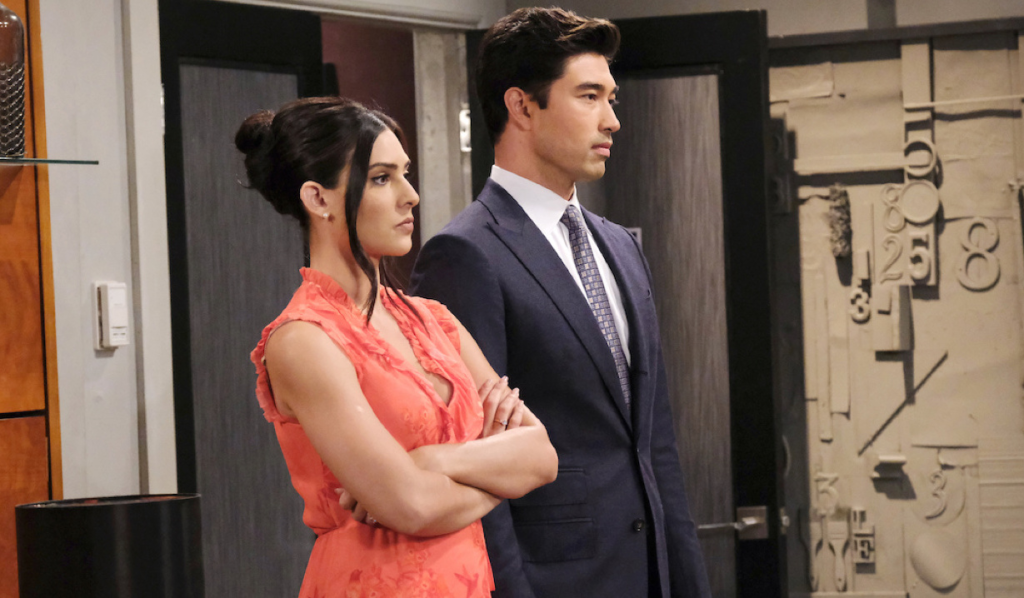 As Gabi seethes over wanting her company back, Li offers to talk to EJ about it. Li then tells an annoyed Stefan he’s looking for his sister. Stefan says she’s working remotely today. Li calls her, but she doesn’t pick up. Gabi tells him she’s staying with Allie and Chanel. While he goes to find her, she’ll wait for him there to go over wedding invitations.

Gabi makes wedding plans in the office. An irritated Stefan tries to drag her to the door, but she resists. He grabs her shoulders, and they lock eyes.

From the Horton House, Chad leaves Stephanie a message about Sloan giving Gwen the file on Chanel. Later, Kate drops by to thank Chad for his wedding gift — a new bride’s cookbook. He quips it was either that or a book on what to expect on her wedding night. She asks about Stephanie. He says it doesn’t matter anymore because she’s dating Alex. And as her friend, he supports her. Kate wonders what happens when he decides he wants to be more than friends. Chad doesn’t know if that will ever happen. Kate knows Abigail would want him to fall in love again. Chad says Stephanie and Alex could crash and burn by then. Kate counters they could also fall madly in love.

More: Who is Alex hooking up with in Days winter preview? 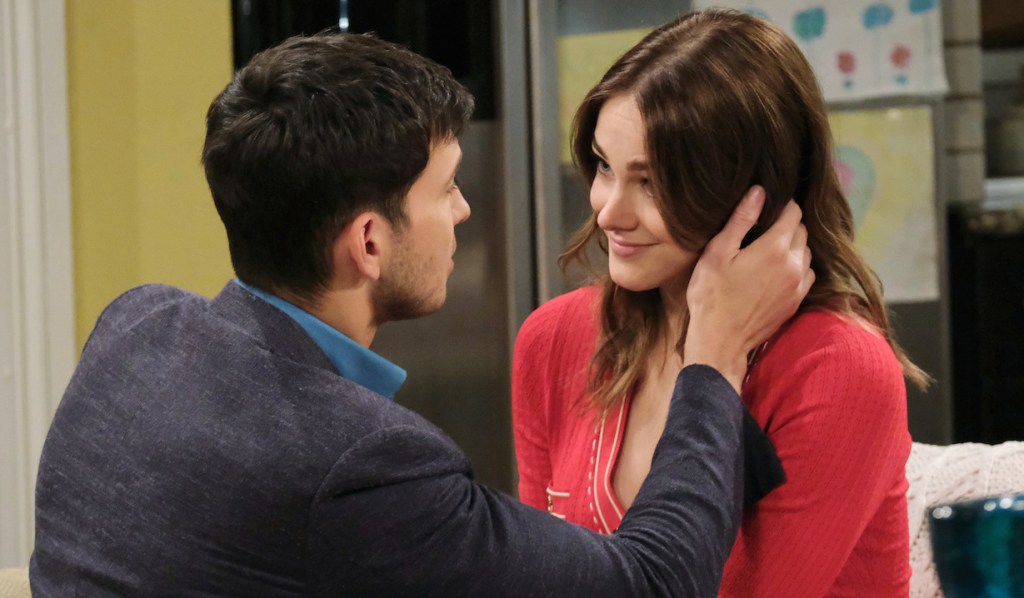 In Allie’s apartment, Alex leans in to kiss Stephanie. She calls it nice, but suggests they stop because Henry could wander in. She recalls how obnoxious he was when they met. He counters that he was disarming. She calls it bad timing because she wasn’t about to let anyone play her again. Alex thinks he’s been a player in the past because of his mother, Angelica. After Justin, she went from one meaningless fling to the next, and he followed her lead. He didn’t think he’d ever have what Justin and Adrienne had, but then he met her.

Li stops by Allie’s place looking for Wendy. Alex says he doesn’t know where she is. After Alex closes the door, Li makes a call to have his sister located.

More: Look through our photo tribute to John Aniston 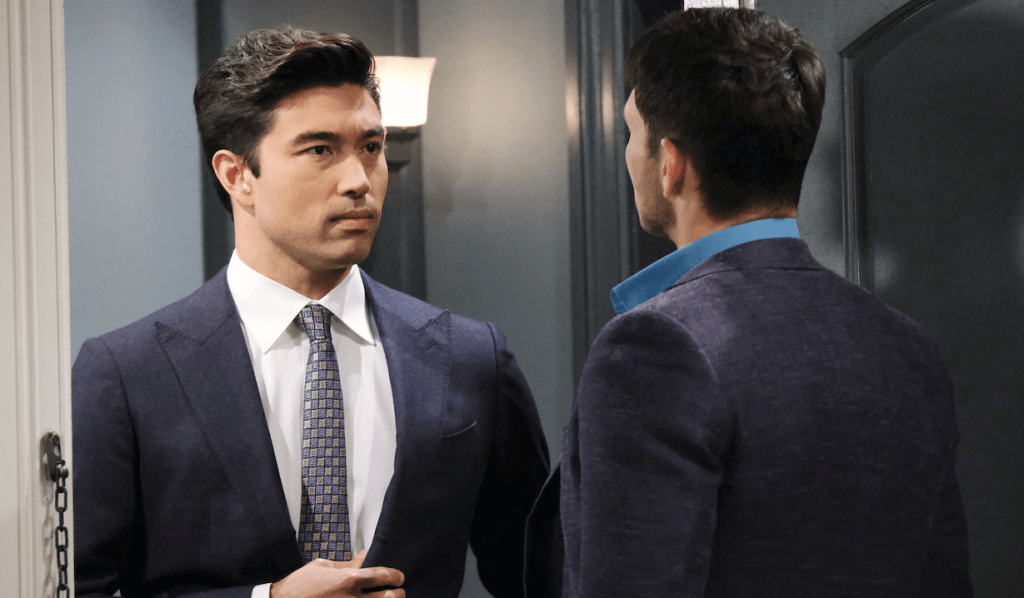 Before Stephanie heads out to work, Alex asks if they can go on another date. Stephanie will look forward to that.

In the Square, Li answers a call about Wendy. He exclaims, “She logged in from where?”

In the interrogation room, Chanel admits to Allie that she did kill someone. When she was a senior in college in London, she was struggling in the “very dreamy” Dr. Nathan Bedford’s class. He gave her extra attention, which led to an affair. One night, she got a text to meet on a university rooftop. But when she got there, his wife, Martha, confronted her. They argued, and Martha lunged for her. Not realizing how close to the edge they were, Chanel pushed her. When she looked over the side, Martha was lying in a pool of blood. 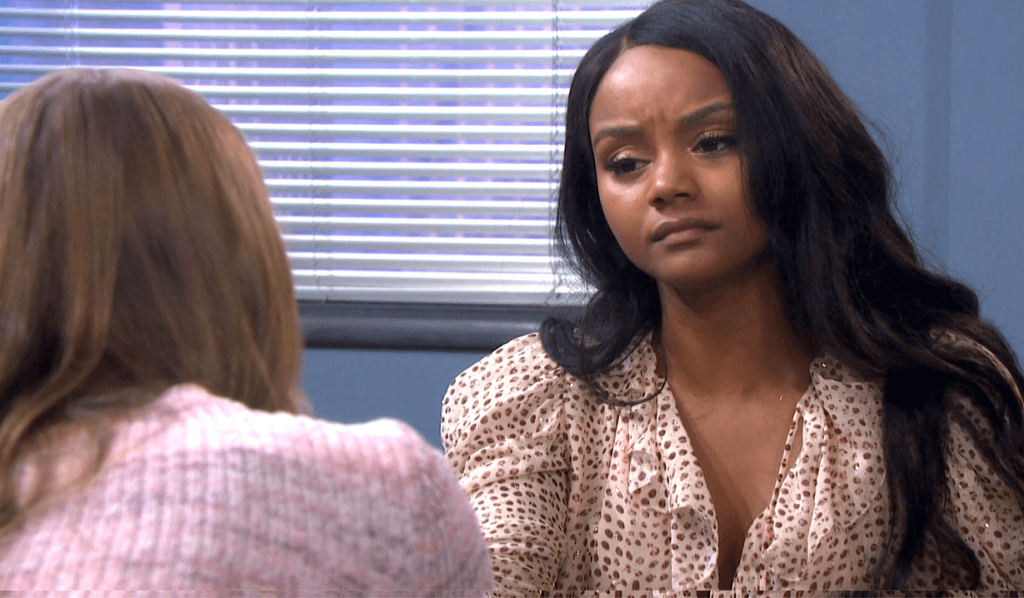 When campus police arrived, Chanel confessed everything. However, Paulina came to London and offered a sizable donation to make it all go away. The university issued a statement that Martha committed suicide, and the photos and Chanel’s statement disappeared. Chanel kept pushing down the guilt, which led her to the party scene where she met Allie. But it’s all come back because she never paid for what she did. She killed that woman, and now she has to face the consequences.

After Sloan reveals she’s the blackmailer, Paulina detects the similarities in pictures she’s seen of Martha Bedford. Sloan admits she is her daughter. Before her father succeeded in drinking himself to death, he confessed that Martha didn’t die by suicide. At his funeral, she decided to find out the truth, which led her to Chanel. Paulina shouts that Chanel pushed Martha in self-defense. She won’t let Sloan rewrite history and wreck her daughter’s life. Sloan promises Chanel and Paulina will get what they deserve.

Next on Days of Our Lives: Li fears Wendy’s on to him, and Gabi gets unsettling news.

Get reacquainted with the dastardly DiMera family in our photo gallery below. 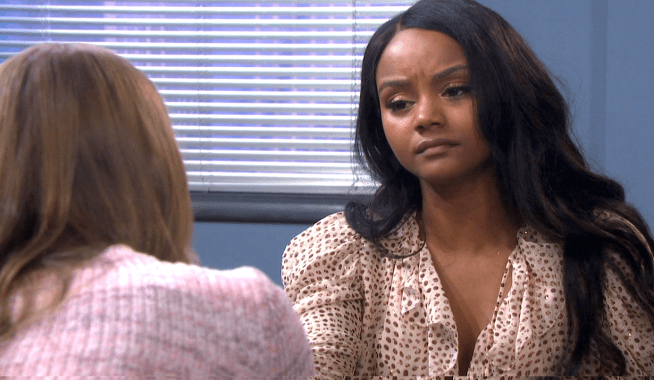 Allie Finally Gets to Visit Chanel, Who Makes a Shocking Confession — Plus, Sloan Reveals the Blackmailer's Identity

After Learning About Stefan and Chloe, Gabi Confronts Li About His Lies — Plus, Rolf Attacks! 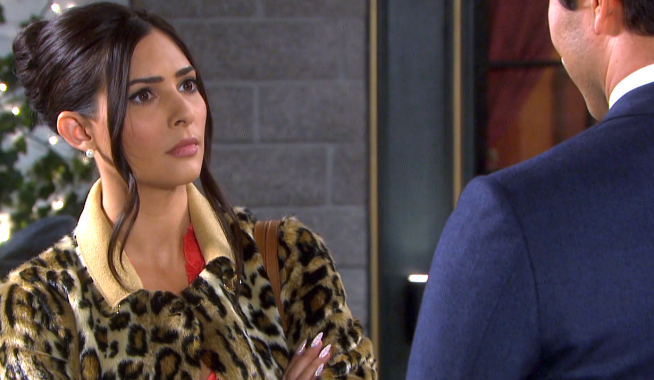