Friday, October 21, 2022: Today on Days of Our Lives, Jada fills in the blanks for Eric, Stefan accuses Kristen of sabotage, Chloe's heartbreak intensifies, and Brady tries to maintain his cover with John. 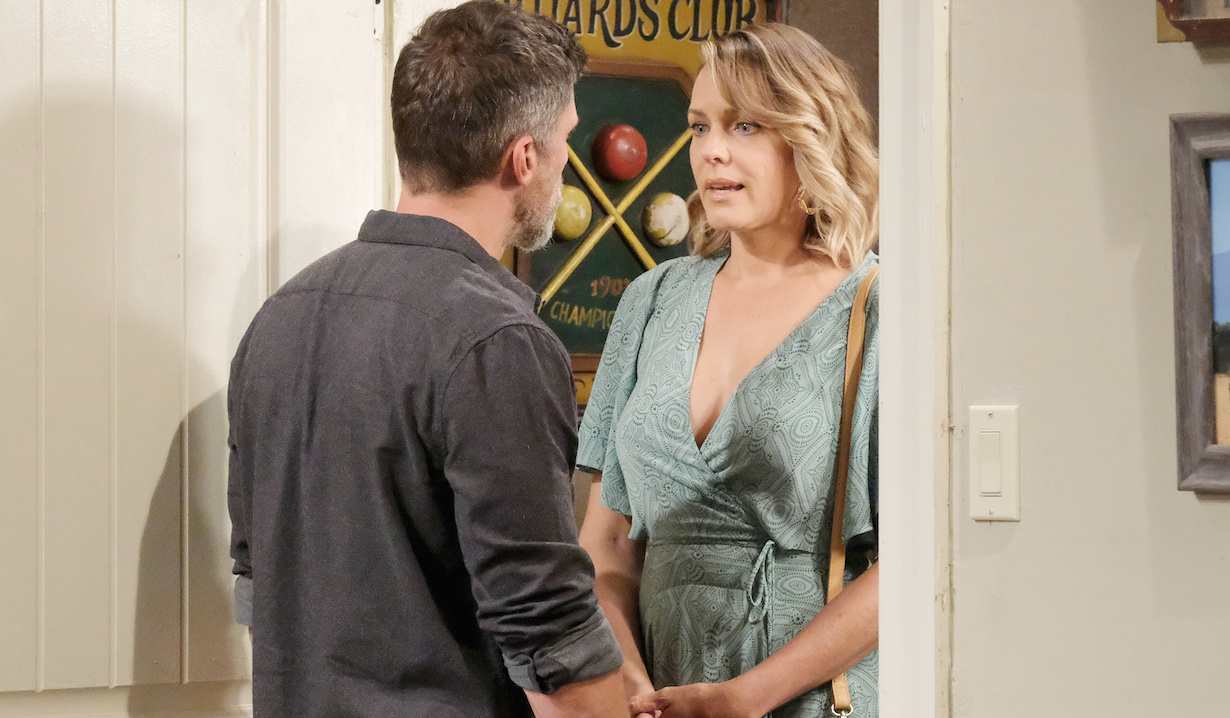 Rolf cleans up his ransacked lab courtesy of the cops. Li shows up and tells him to leave things the way they are. He’s gifting him with a brand new lab, but it’s in Jakarta. Rolf balks, but Li thinks it will benefit both of them since the cops suspect him in the women’s poisoning. Plus, Gabi is looking for him — and she could be worse than the cops. Rolf isn’t intimidated by Gabi, but Li knows she would get the truth out of him in seconds. He orders Rolf to stop fighting it and go to Jakarta, which, he adds, is out of the SPD’s jurisdiction. Rolf agrees, but he needs time to get his things in order. Li will send a car for him to take him to the airport.

More: Should Rafe turn to the dark side? 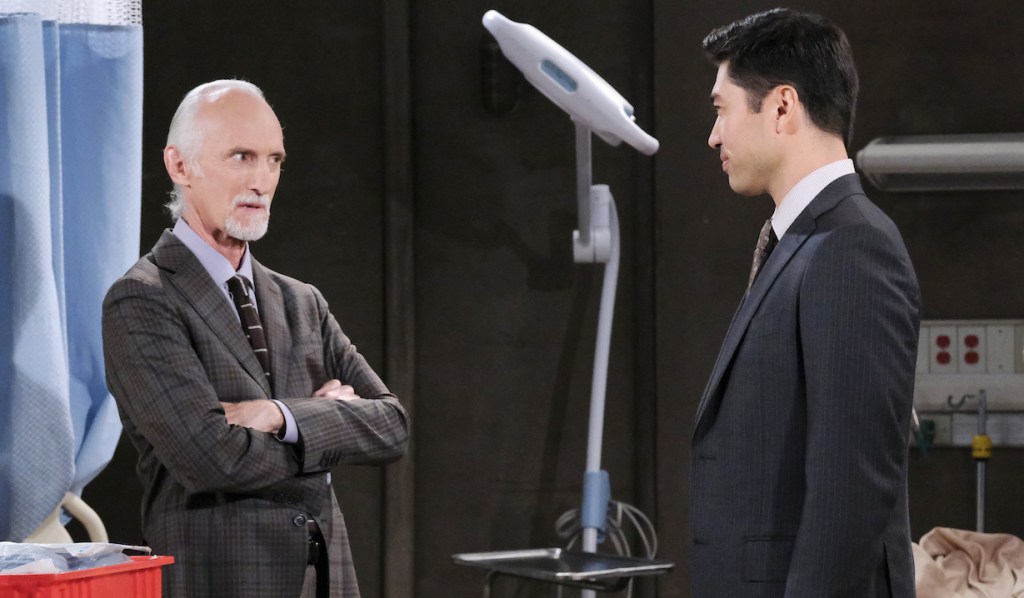 In his office, Rafe tells Gabi about his issues with Nicole and Eric. Gabi deduces Rafe slept in his office, but says he should be trying to fix things with Nicole. Rafe doesn’t want to go home because then they’ll get into it again. He blames himself for letting it go on for too long. Gabi thinks Rafe was just being patient, and then tells him Stefan served her with divorce papers. Rafe declares Stefan was lucky to have her. Gabi can’t get rid of the feeling that Rolf turned Stefan against her. But she can’t find him to ask him about it. Rafe tells her about raiding his secret lab, so that’s where she should start looking. 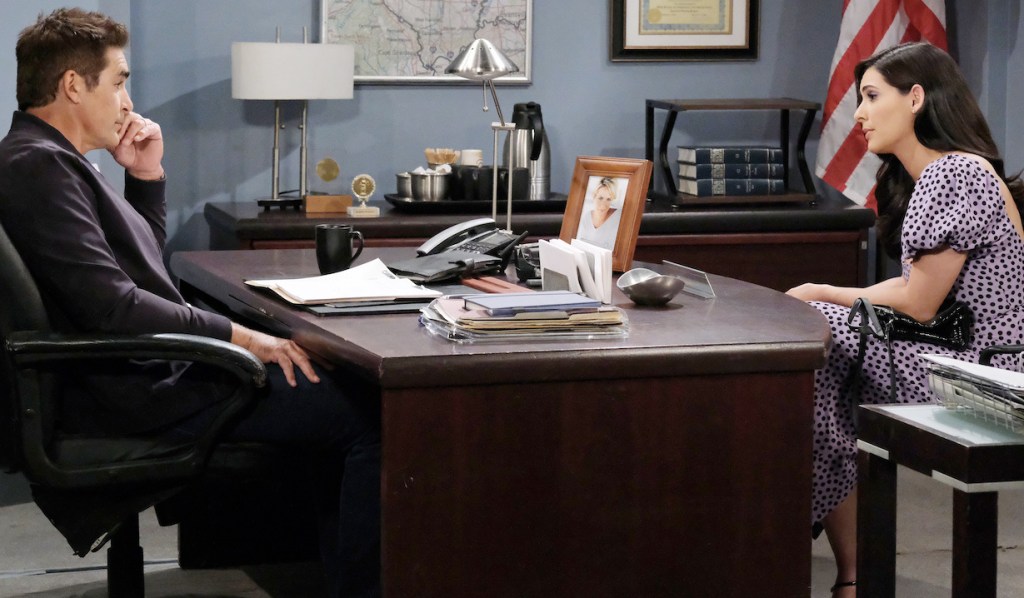 Eric cleans his camera equipment in his room as Jada drops by. He tells her he has a shoot today, but then gets an email from Basic Black. He looks up stunned, “I just got fired.” He reads something about budget restraints and corporate downsizing and then discovers the email is from Nicole. Eric wonders if EJ forced her hand or if he’s just not that good a photographer anymore. Jada thinks she knows the real reason and tells him about Rafe and Nicole’s fight about him. Eric thanks Jada for telling him, and she notes she has to get back to work. They make dinner plans, but he quips that she has to pay. She chuckles, but her smile fades as they hug. 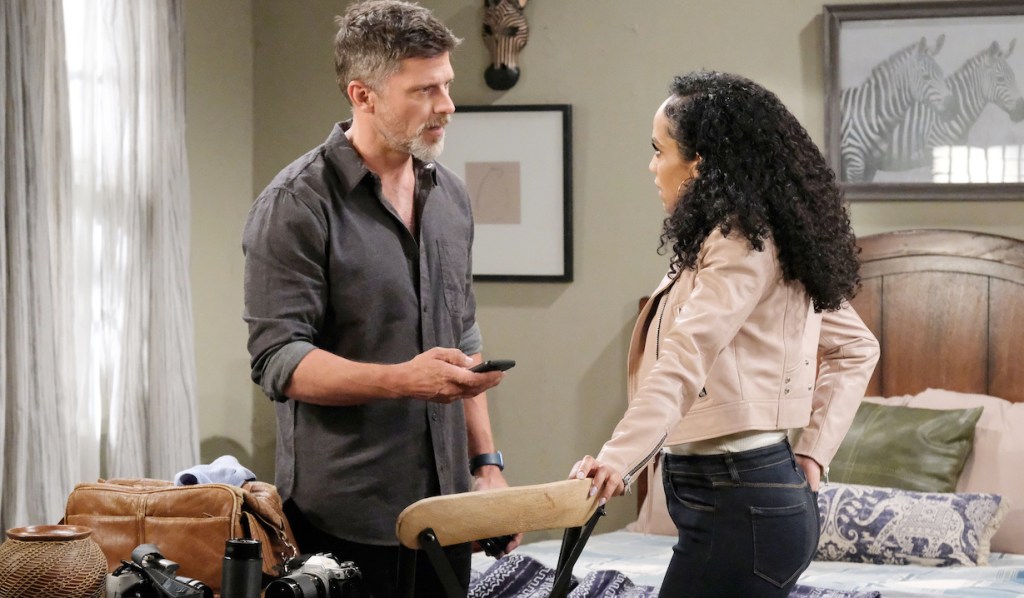 Chloe comes to work late. Nicole figured she and Brady had a late night at the hospital with Marlena. Chloe tears up. “He dumped me.” Nicole is sorry for her distraught friend, but notes she could be next — and it’s her own fault. She recounts her fight with Rafe over Eric. She admits she made up a reason to fire Eric, and Chloe asks if she wants her marriage to work. Rafe shows up wondering the same thing.

Chloe leaves, and the marrieds apologize to each other for their fight. Nicole heard Rafe loud and clear, so she fired Eric. Rafe doesn’t want Eric’s firing on his shoulders. Nicole asks him to tell her how to fix it then. What does he want? He wants them to be okay. She does, too. They move in to kiss, but Rafe gets called back to the station. He promises to come home tonight before he kisses her goodbye.

More: The leading men who could fill a younger Stefano’s shoes 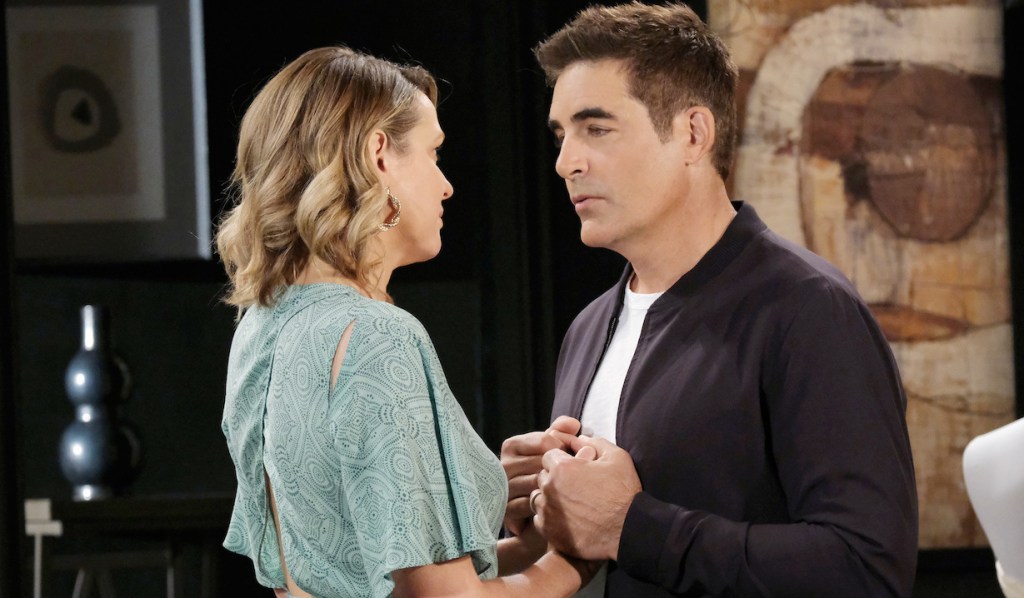 More: Was that it for Joey?

John comes home to pick up files for Marlena and finds a sullen Brady. John asks what’s eating at him. Brady explains he broke up with Chloe because of Rachel. John doesn’t think he’s thought this through, but Brady shouts he didn’t have a choice. He had to do what was best for his child no matter the cost to himself. He thinks, as a dad, John should understand. John does, but he’s sorry to see Chloe go. Brady asks John if Marlena and the other women are truly getting better. John calls it a miracle. John doesn’t know where the serum came from, but he needs to be sure it will keep working. Brady’s gut tells him everything will be fine. The serum is working, so it doesn’t matter where it came from. John raises his brow at his son.

As Kristen toasts with champagne to an article about the women’s recovery, Stefan bangs on her apartment door. He demands to know if she messed with his brain to make him hate Gabi. She makes him tea and tells him she has no reason to be anti-Gabi. Stefan thinks maybe she’s anti-Chloe. He puts the pieces of her plan together, but Kristen says Brady and Chloe already broke up with no help from her. Chloe’s free. Rattled, Stefan paces. Kristen says he probably used those four years away to finally figure out his feelings for Chloe. Stefan thinks she might be right and leaves. 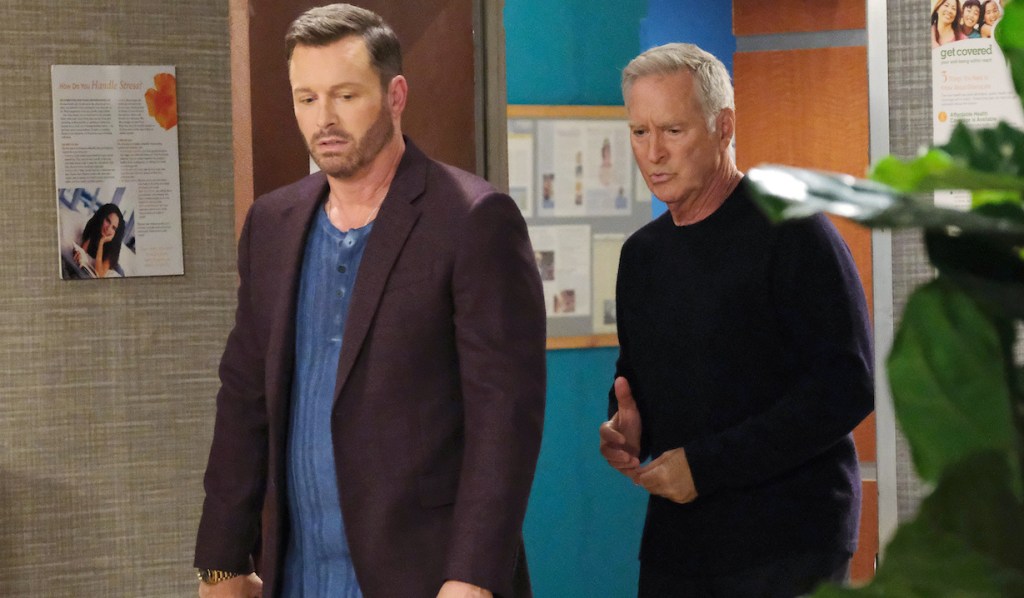 As John heads out for the hospital, he opens the door to Chloe. She asks after Marlena. John pointedly looks at Brady and says it’s like the serum dropped from the heavens. John leaves, and Chloe tearfully tells Brady she came to pick up some of her things. He feels terrible, but she knows why he did what he did. When she heads to his room, Kristen pops up with a suitcase. Chloe returns with a box and asks what’s going on. Kristen gleefully announces she’s moving in.

Jada comes to the station and tells Rafe about overhearing his fight with Nicole. She told Eric, who was confused over his firing. Rafe insists he never told Nicole to do that. In fact, he told her to rehire him. He has to be able to trust his wife.

Eric opens his door to Nicole, who was hoping he was there. “Well, I’m not at work,” he deadpans. He knows she fired him because of her marriage.

Next on Days of Our Lives: Chloe reels from another blow, and Li encourages Stefan.

Check out the real-life loves of Grey’s Anatomy cast in our photo gallery below. 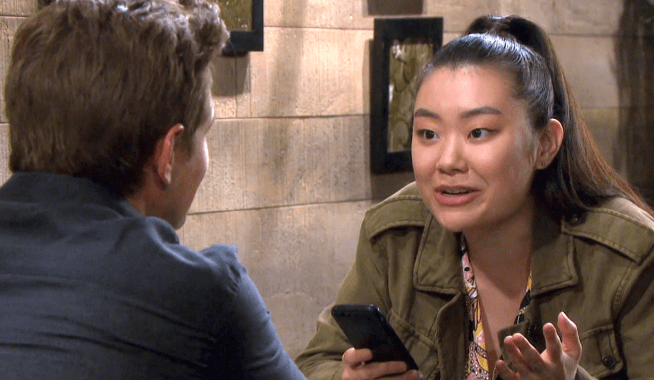 After EJ Thwarts Johnny, Wendy Receives an Unexpected Assist In Their Rolf Investigation — Plus, Gwen Refuses Ava Who Pivots to [Spoiler] 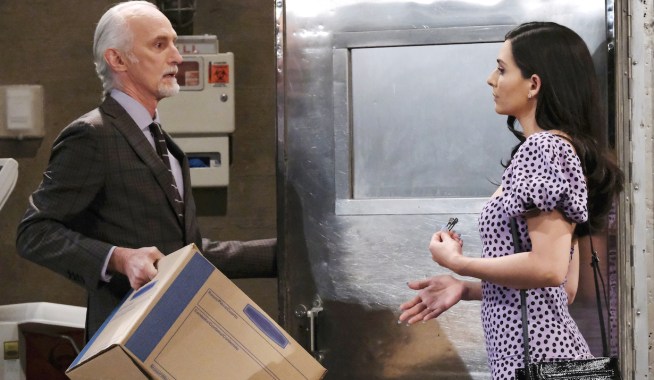