Thursday, September 15, 2022: Today on Days of Our Lives, Kristen dominates the custody hearing, Chloe gets a shock, EJ receives valuable information, and Chanel worries about Johnny — who has no place to go. 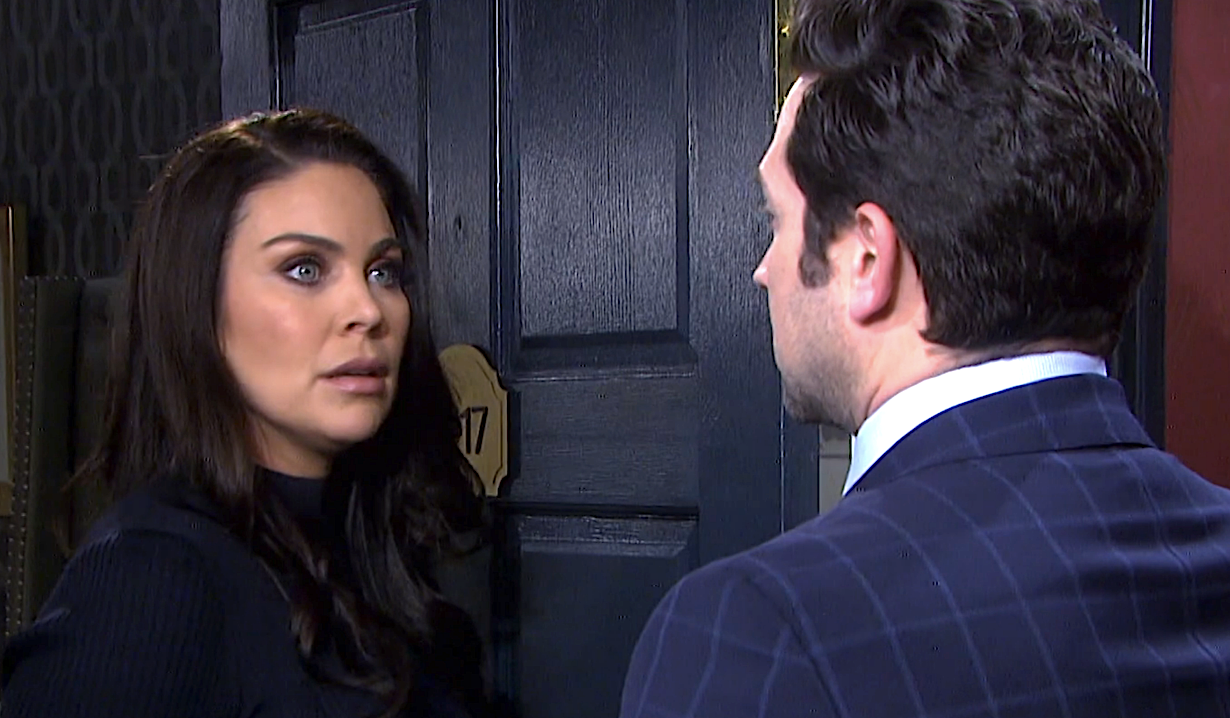 Alone in a judge’s office, Chloe tries to reassure Brady he won’t lose custody of Rachel. Belle joins them, wondering where Kristen is. Brady doesn’t know, but assumes she’s up to no good. The judge arrives, and Belle moves to dismiss the case considering Kristen isn’t there.

Outside the Brady Pub, Kristen furious taps at her phone as Li approaches her. He needs to talk, but she needs to get to court. He warns she might want to make time for him, considering she ordered Rolf to wake up Stefan before he was ready. He relays that Stefan went straight to the crypt and told Gabi he doesn’t love her. Kristen doesn’t think he should be angry then, but Li reminds her it was a dangerous move. Now, he doesn’t know where Stefan is, and Gabi’s a mess. Kristen can’t be bothered, considering she has her own issues to worry about. 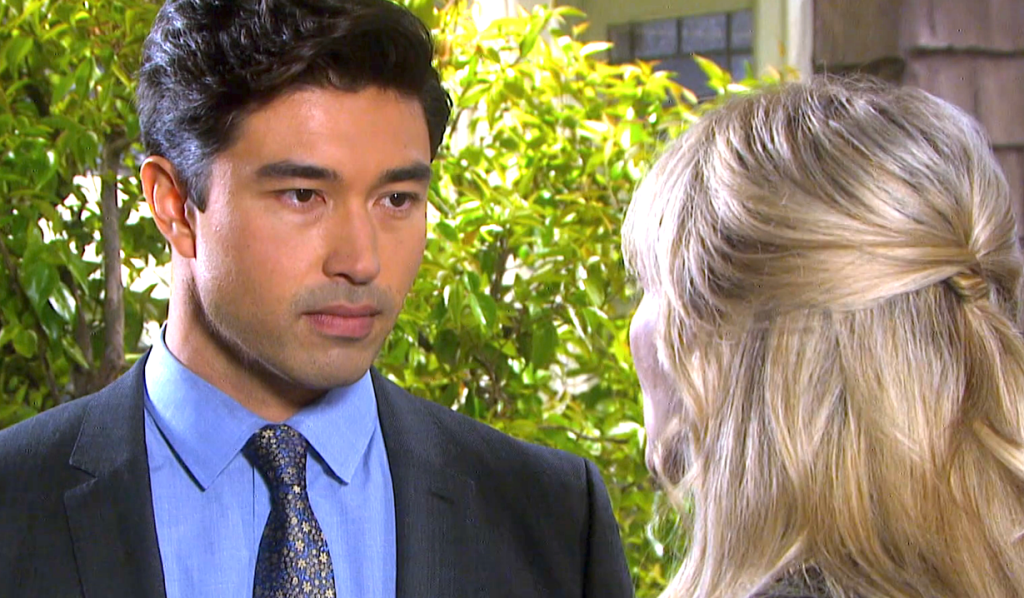 More: Days gets a companion soap on Peacock

In her chambers, the judge declares if Kristen doesn’t show up in the next minute, she’ll grant the motion to dismiss. Kristen arrives and declares she’s representing herself. She calls her first witness — Chloe Lane. The judge reminds her this is not a trial, but Kristen states Brady and Chloe’s relationship is more serious than Brady relayed to the judge, and Rachel hates her. Kristen wants the judge to know a few things about her. Over Belle’s objections, the judge allows her to question Chloe.

Chloe sits next to the judge as Kristen asks why she’s trying to steal her daughter from her. Brady rolls his eyes. Kristen brings up Chloe being Nicole’s surrogate and accuses her of trying to keep the baby for herself. Chloe insists she was doing what was best for the baby at the time. Belle interjects to ask Chloe what their relationship is now. Chloe explains she and Nicole are best friends and she often takes care of Holly.

During a recess, Belle admits to Brady that it’s worse than she expected. Chloe really wants to testify against Kristen now, but Belle worries it will backfire. She suggests Chloe leave. Since it’s best for Brady and Rachel, Chloe departs. When the hearing gets back underway, the judge allows Kristen to question Brady. She asks why he thinks it’s appropriate for their daughter to be raised by a murderer.

In the DiMera crypt, Gabi picks up her wedding band and says, “You came back to me, and this time, I’m not going to let you go.” She recalls seeing Stefan again, as well as his rejection. She wonders what Rolf did to him and vows never to say goodbye to him again. 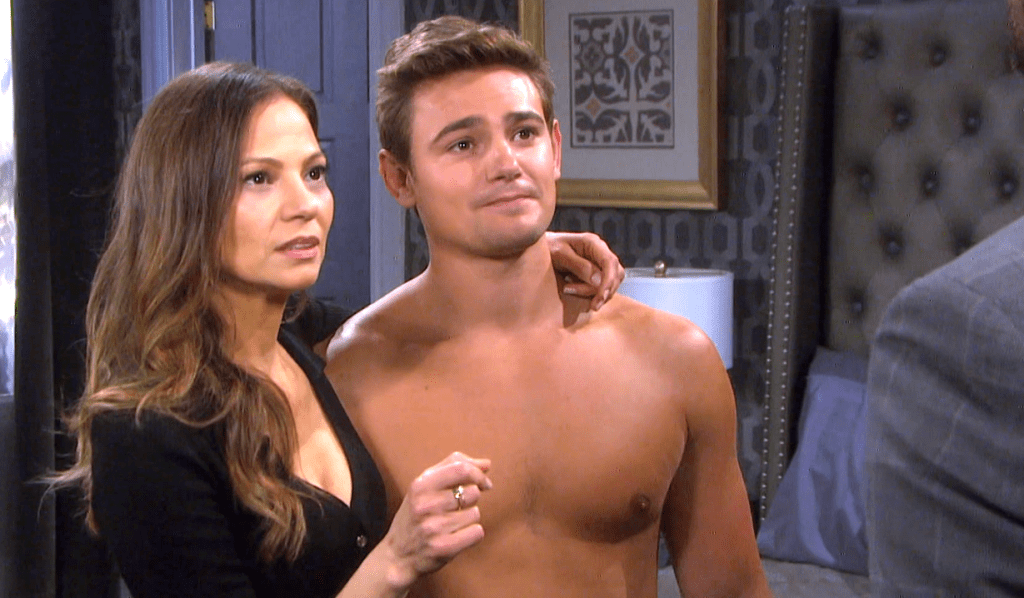 More: Did Sarah inadvertently set in motion *this* reunion?

At the Salem Inn, Johnny leaves the bathroom in a towel as Ava returns to the room. She wonders what he’s still doing there. They agreed he’d only be there one night. He assures her he’ll be on his way. He just needed to clean up after the gym. There’s a knock at the door, which Johnny assumes is his room service. He opens it to EJ, who says who wants to take him home. Johnny refuses, and they verbally spar. Ava puts an arm around Johnny and tells EJ they have plans that are none of his business. EJ says he was just looking out for the well-being of his son, but he won’t make that mistake again.

After Johnny gets dressed, Ava tells Johnny to leave. She’s grateful for his support and friendship, but they aren’t going to sleep together. She just wanted to stick it to EJ. Johnny declares he’d rather stay there over the mansion, even if it means he sleeps on the floor. Ava says staying with her is not the answer. Despite not knowing where to go, Johnny leaves. More: Billy Flynn puts his ‘Chass’ on the line

EJ returns home and finds Gabi who is looking for Stefan. She tells a disbelieving EJ that his brother “got Rolf-ed” just like he did and she thinks Kristen is involved. After EJ gets some digs in, Gabi leaves in a huff. Alone with Stefano’s portrait, EJ realizes Gabi’s shares go back to Stefan, who could be the key to prying her fingers off the CEO office.

Li comes to Gabi’s office and finds Stefan behind her desk. Li asks if he came to see Gabi. Stefan says, “God, no.” He just wanted to be somewhere he felt in control. However, he should leave before Gabi gets there. Li asks if he really doesn’t want to see her. Stefan assures him there’s no need to worry. The thought of Gabi turns his stomach. He stands to leave, but doesn’t know where to go. Li suggests he see Chloe, who is at the Salem Inn. 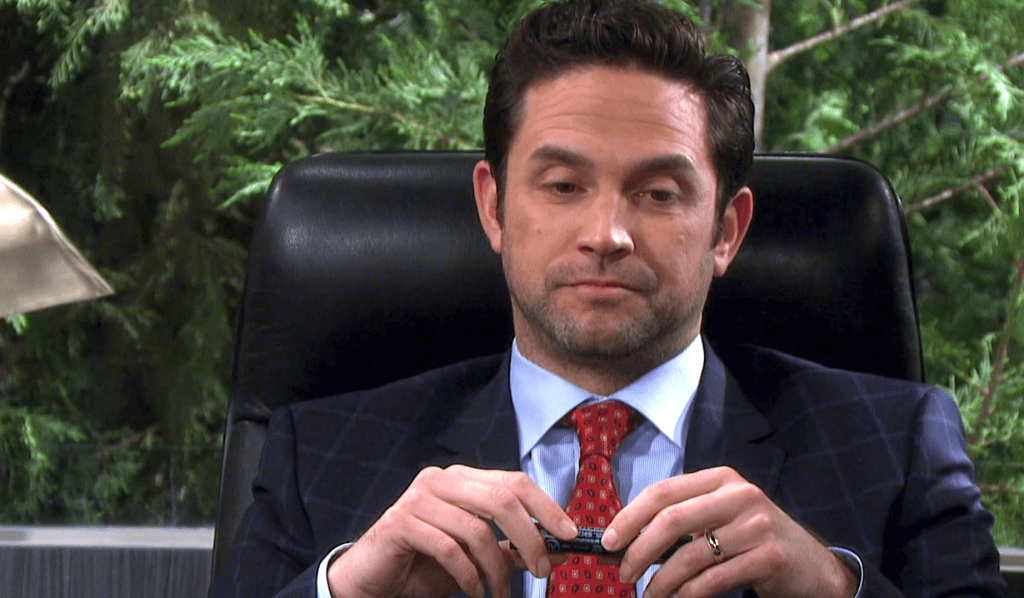 More: A newbie’s guide to Days

After Stefan’s left, Gabi finds Li in her office. She thinks someone needs to tell Ava she wasn’t hallucinating. However, if it was Stefan who Ava saw, how could Li not have seen him, considering he was at the door when Ava passed out?

After the bakery ovens go down, Chanel and Allie bake more cookies for Paulina in Allie’s apartment. Chanel asks her girlfriend if she’s talked to Johnny about him sleeping with Tripp’s mother. Allie points out they don’t know that anything is going on. Chanel gets worked up over it, which makes Allie question her. Chanel insists she’s just weirded out over their age difference, but Allie accuses her of obsessing. Chanel brings up Ava’s violent history and wonders if Allie even cares what happens to her brother. Offended, Allie says she has to be careful with Ava considering she’s Henry’s grandmother. They argue and Chanel storms out.

Allie comes to the Square and sees Ava leaving the Inn. She asks what her intentions are toward her brother. Meanwhile, Chanel returns to the apartment to make things right with Allie. Johnny comes to the door. 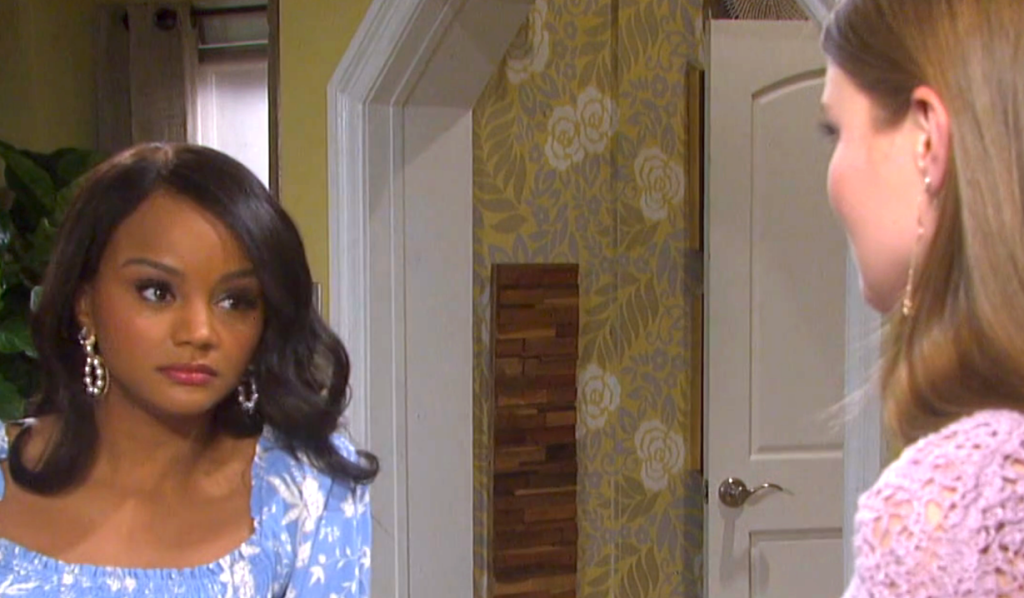 Next on Days of Our Lives: Stefan meets with EJ.

Days of Our Lives now airs exclusively on Peacock. To make sure you never miss an episode, click here. Please note that if you purchase something by clicking on a link within this story, we may receive a small commission of the sale. 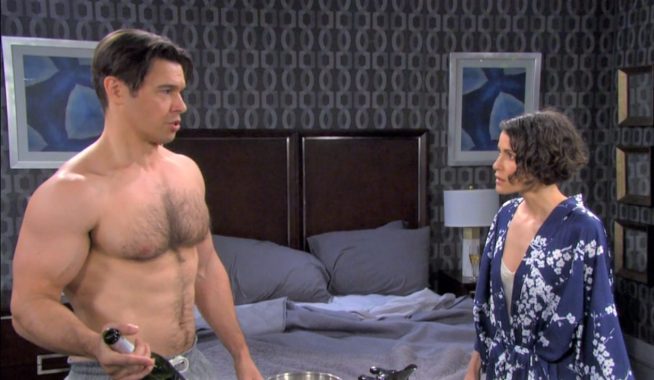 Sarah and Xander's Honeymoon Is Over Before It Can Even Begin and Orpheus Is Taken Down — But Will It Do Any Good? 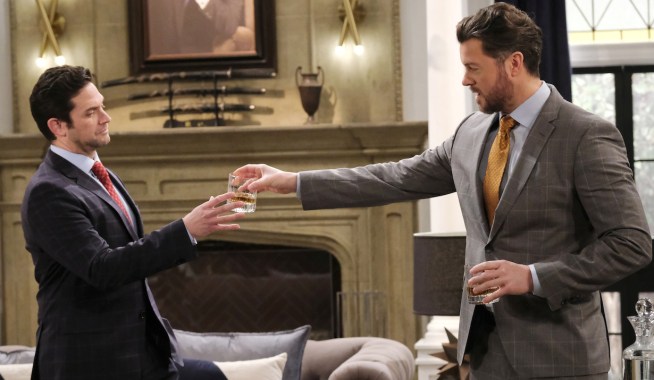