Sarah and Xander’s Honeymoon Is Over Before It Can Even Begin and Orpheus Is Taken Down — But Will It Do Any Good?

Wednesday, September 14, 2022: Today on Days of Our Lives, Eric and Nicole have a heart-to-heart, Marlena, Kayla and Kate struggle to hold onto hope and Sarah is horrified by Xander. 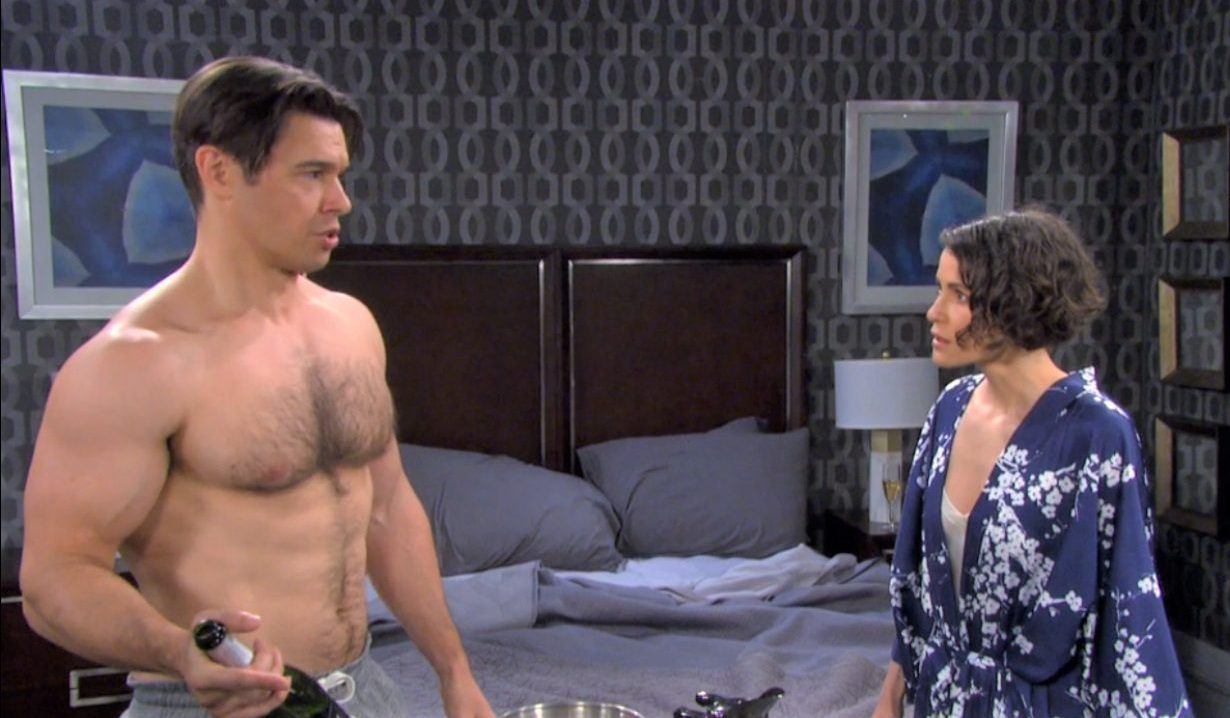 As we get into Salem, Xander wheels in some champagne for Sarah while in bed to celebrate finally getting married. They toast as he promises it’s just the beginning. Sarah admits she wasn’t sure it would ever happen but admits that she’s still a bit scared of Gwen and couldn’t help but wonder else Xander messed around with while she was gone. He flashes back to Nicole and Sarah realizes she’s hit a nerve.

More: Billy Flynn puts his “Chass” on the line

Xander reluctantly admits he had a one-night stand as his new wife demands to know who it was. “Does it matter?” “Tell me who it was, and I’ll tell you.” When she agreed to marry him, she thought she knew everything about what he did while she was gone. He gives in and mentions his fling with Nicole. Sarah doesn’t take the news well. He says they were just drunk and lost, and he thought Sarah was gone. “So this was after she and Eric broke up?” “Uh… no.” Does any of this really matter, Xander asks, Eric and Nicole are divorced and moved on. Xander then explains that he’s the one who told Eric.

Sarah blasts him, saying that wasn’t his call to make. And she’s even more horrified to learn he crashed their anniversary party to tell everyone. She won’t let him justify what he did, saying it was cruel. But he said it was just business — Sami paid him $1 million to do it. He says again that she was gone, and Sarah says she’s not his conscience, and is suddenly horrified that they’re married. She storms off into the bathroom but comes out to give Xander more of her mind before she leaves. 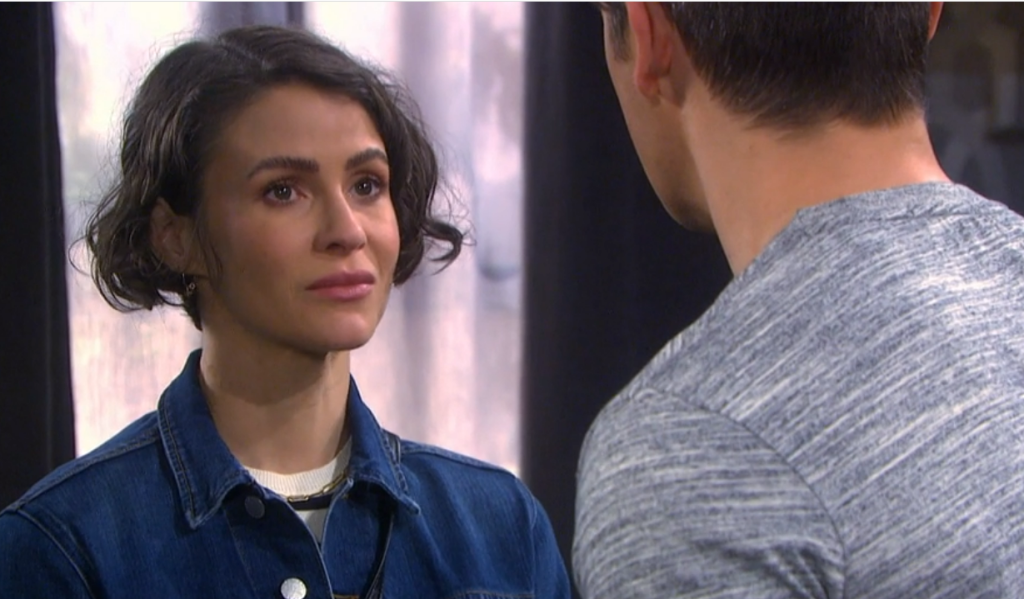 Over at Eric’s, Nicole tells her ex that she needs to talk to him. Eric thinks she had another dream, but she says no, while thinking of Rafe’s dream. Eric’s about to invite her in, then decides to get dressed and they can meet in the pub. They both try to get their composure when he closes the door.

Downstairs, she calls Chloe to say she’ll be late because she needs to do damage control with Eric after Jada blabbed her last visit to Rafe. She hangs up as Eric comes down and overhears her say something about “making that lie the truth.” She goes on about Kristen trying to break up Chloe and Brady, then offers him a job at Basic Black as a photographer. He thinks it’s an amazing coincidence that they’re thinking the same things on the same day… “and dreaming about each other at the same time.”

So, she wants to know? Will he take it? She’s sure he’d do just fine, but he’s worried about how Rafe would feel about them working together. Eh, she’s sure he’d be fine. Just then, Sarah rushes in, upset, to apologize for what Xander did to them. “Oh my God,” Nicole groaned, “you married Xander.” But if it hadn’t been for Xander, Sarah says, they would still be together. Nicole reassures Sarah that as much as she hates Xander, he was just the messenger. It prompts both exes to apologize to each for what went wrong. 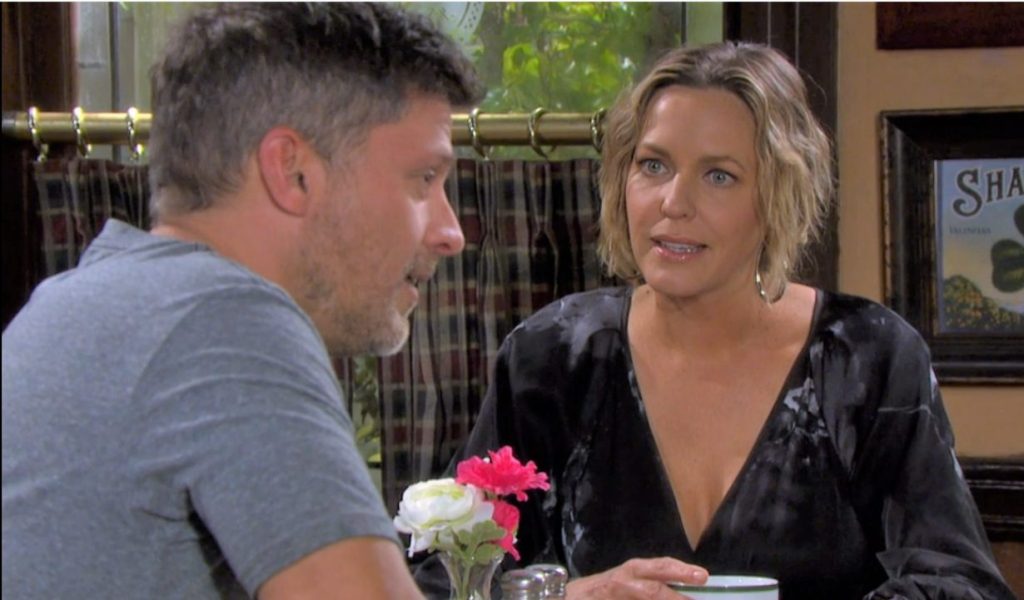 At the hospital, Orpheus taunts his victims by phone with some bad puns, telling them he’s behind the illnesses. He says the ladies aren’t contagious… so the guys will stay perfectly healthy as their loves die. And there are no amount of heroics that can save anyone. The bomb thing was just a ruse, but he left clues about his true intentions the whole time. And he knows they’re hoping he’s leaving clues right now — but is he?

The bomb could have been a quicker, less painful death, much like how Roman killed Orpheus’ beloved Rebecca. They will get to play heroes, though, because they’re going to have to do everything they can to figure out what’s wrong. But there’s no way around the certain death that’s headed their way. They’ll finally know what he felt when he lost Rebecca. Sadly, he won’t make it back for anyone’s funerals. John and Marlena join the others to talk about their plan of action, agreeing to work like Orpheus lied and look for a cure. At the police station, Jada says Eric didn’t mention anything about Nicole’s Basic Black job offer. She wonders when this happened but is cut off by a phone call for Rafe before she can say anything more. She’s sure Nicole’s lying about the offer, but once Rafe comes back, she lies and says that Eric mentioned a photography job, she just didn’t realize where it was. After another call, Rafe runs off to the lab.

Later, he gets the forensic report on Orpheus’ kidnapping and thinks he’s found a lead. They think he might be holed up at Rebecca Printing and Graphics. They run out and get the drop on Orpheus’ goons, then on the man himself. 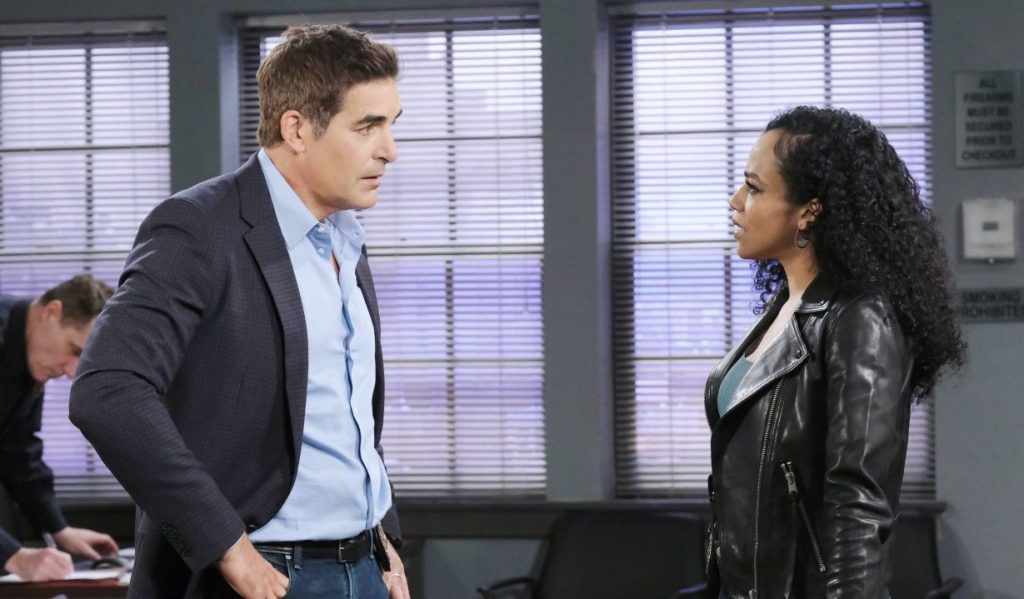 In the show’s last few minutes, Sarah heads back to Xander to pack. “It’s over, Xander, nothing you can say or do will change that.” At the pub, Eric and Nicole marvel at Sarah’s misfortune and Nicole notes that people in Salem are just better not getting married. Before she leaves, Eric agrees to take the job. At the warehouse, Rafe arrests Orpheus for attempted murder. Milo scoffs and says he’s wrong about the attempted part.

At the hospital, Kayla tells Steve the ISA needs to find Rolf, while John and Roman watch out for Marlena and Kate in their hospital beds. 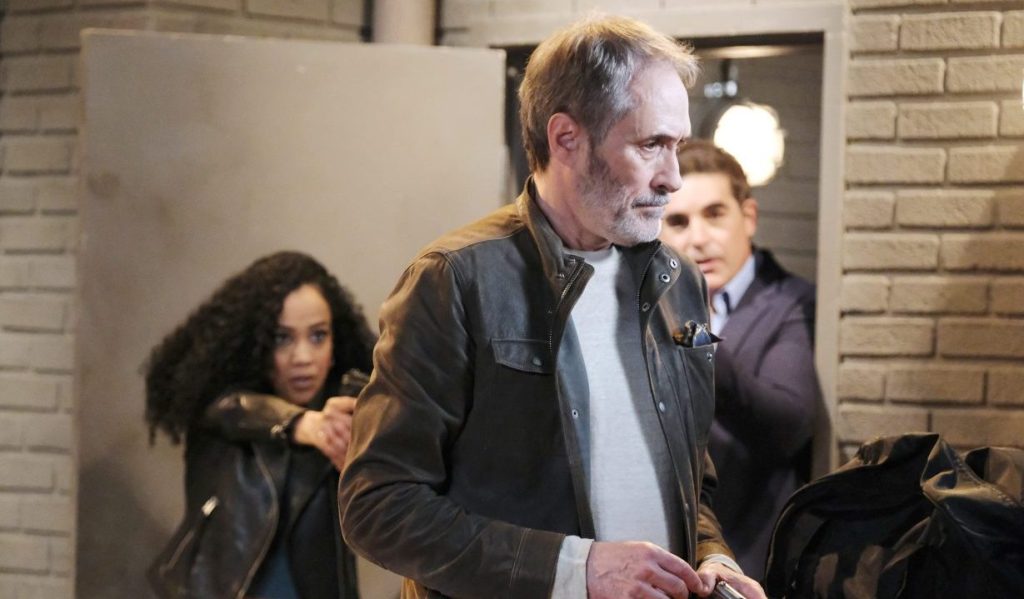 Next on Days of Our Lives: EJ flips out at the Stefan news, and Rachel’s custody hearing gets ugly.

This isn’t the first bump Sarah and Xander have hit as you can see in our photo gallery of their roller-coaster romance.

Days of Our Lives is now airing exclusively on Peacock. To make sure you never miss an episode, and to take advantage of a special $1.99 a month offer, click here. Please note that if you purchase something by clicking on a link within this story, we may receive a small commission of the sale. 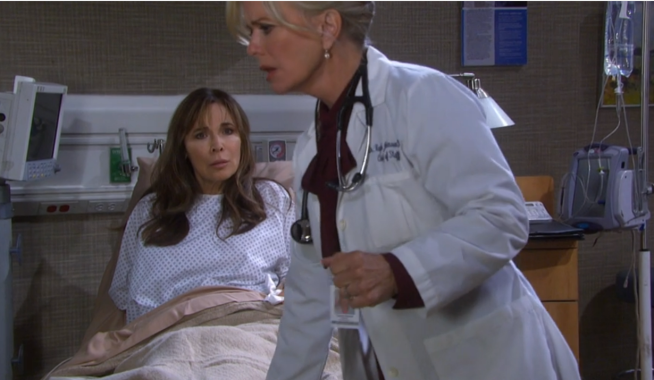 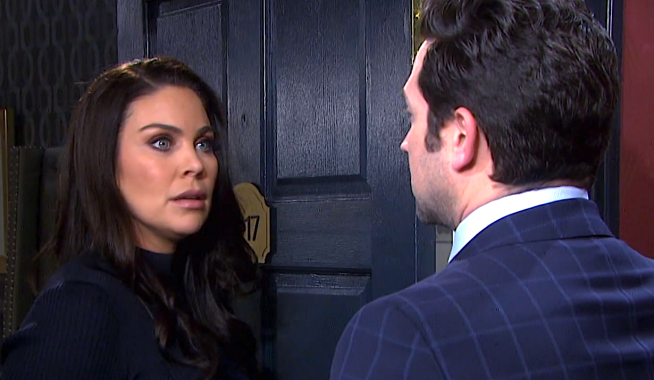