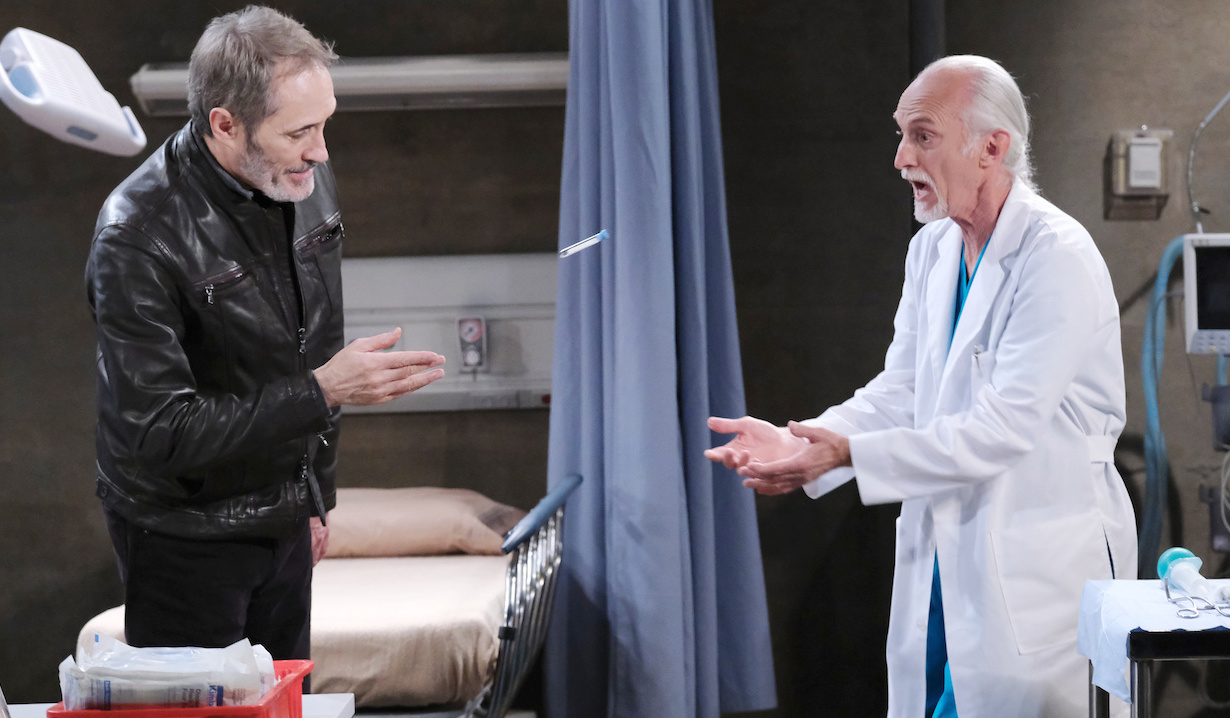 John brings strawberries and whipped cream to Marlena as she works in bed. He closes her laptop and tells her work can wait. He dips a strawberry into the cream and commences with Operation Spoil Marlena. She takes a bite. Next, he pulls out massage lotion, which leads to a passionate kiss.

Later, Marlena and John lie in each other’s arms in bed. She expresses her fear that she’d never see him again while kidnapped. John doesn’t know what comes next, but he knows he will always keep her safe. She wants to forget it all, but John reminds her Orpheus is still out there. He knows he’s planning something, he just doesn’t know what the hell it is. Marlena knows they will always win against Orpheus because if he harmed a single hair on John’s head, he’d have her to deal with. Marlena’s fire turns John on, and they make out again. 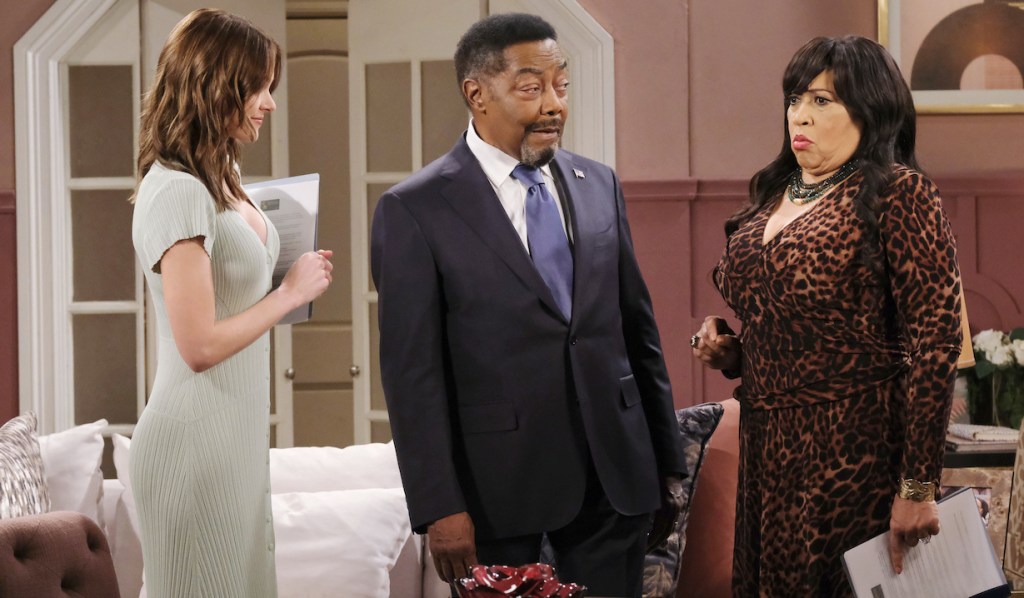 At Paulina and Abe’s, Stephanie enjoys coffee, which is a brand Paulina owns. Stephanie then shares her focus group research which reveals that people like Abe, but they didn’t want to talk about him. They wanted to talk about his wife. Paulina assumes she’s dragging him down and offers to divorce Abe until after the election. Stephanie jumps in to clarify that the focus groups were passionately positive about Paulina. Stephanie thinks she should run for governor instead.

After Stephanie leaves, Paulina declares she still believes Abe could be governor. But he believes the state is ready for a strong woman of color in the governor’s mansion. He’d be honored to be her first gentleman. Besides, this was all her idea from the start. She calls it crazy, but Abe thinks she can make the world a better place just like she made his world a better place. He says the universe is sending her a message and she needs to answer it. Paulina says, “We’re doing this?” Abe says, “Yes we are Madame Governor Price.” Paulina likes the sound of that.

Kayla and Steve bring Jada to the warehouse where Orpheus was holding the women. After Steve shows her the bomb he dismantled, Jada asks, “What the hell were you thinking?” Kayla defends her husband as a hero, but Jada reminds them they have a bomb squad and Steve is no longer part of the ISA. She takes him to task for always having to be the one to save the day. Steve explains Orpheus threatened them against going to the cops, but Jada thinks if they had been kept in the loop, they’d have the psycho in custody by now. Now, who knows what he’ll do next. 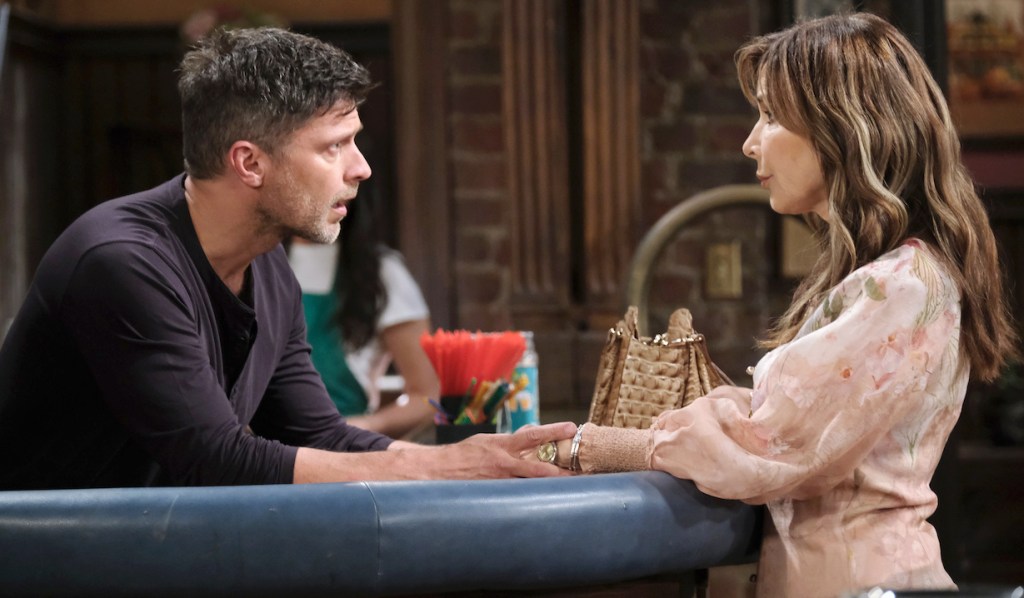 Kate brings a birthday cake to the Pub, but Eric tells her Roman’s birthday was yesterday. She knows, but she was kidnapped and almost murdered. Eric reels upon hearing the story. Roman enters as Kate declares he was part of the rescue team. Eric gets another surprise when he realizes Roman and Kate reunited. Kate apologizes to Eric for meddling in his love life by pushing him to reunite with Nicole. She wants him to find the happiness she found with Roman, who thinks his son may already have. Kate asks if he and Jada are sleeping together, as Jada shows up.

After some awkwardness, Kate introduces herself, and Jada learns she’s one of Orpheus’ victims. She asks Kate to come to the station when she’s ready to make a statement. She then gives Roman the same speech she gave Steve about going rogue. Roman tells her Salem is a different animal than what she’s used to. Jada backs off, and Kate invites her to stay for cake.

More: What will/won’t change after Days’ move to Peacock 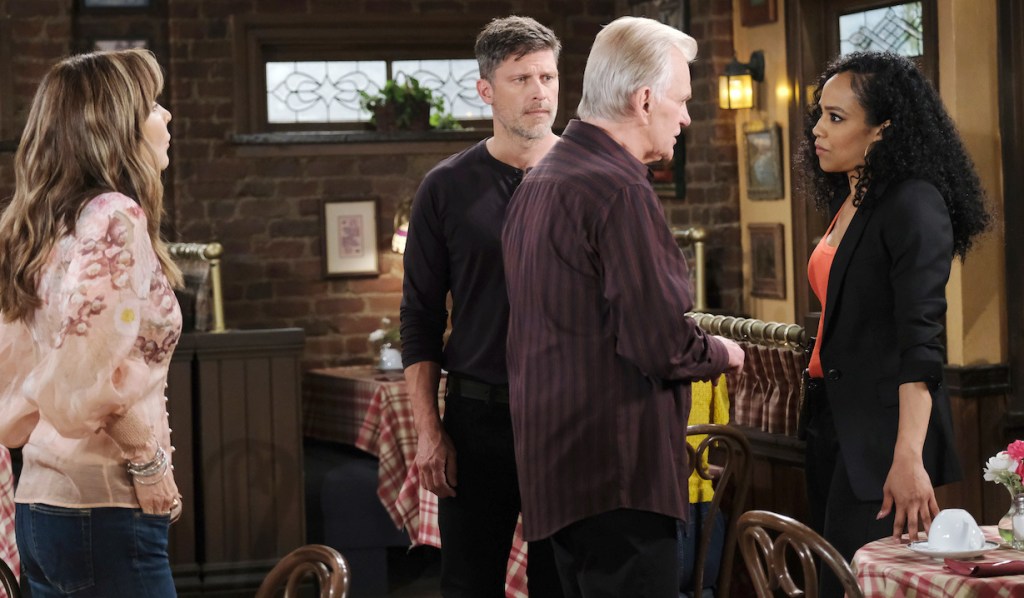 At home, Kayla kisses Steve to properly thank him for saving her life. Stephanie bursts in demanding to know why they didn’t tell her Kayla was kidnapped. She just saw an alert on her news app. They defend themselves, and Kayla assures their daughter they’re all safe now. 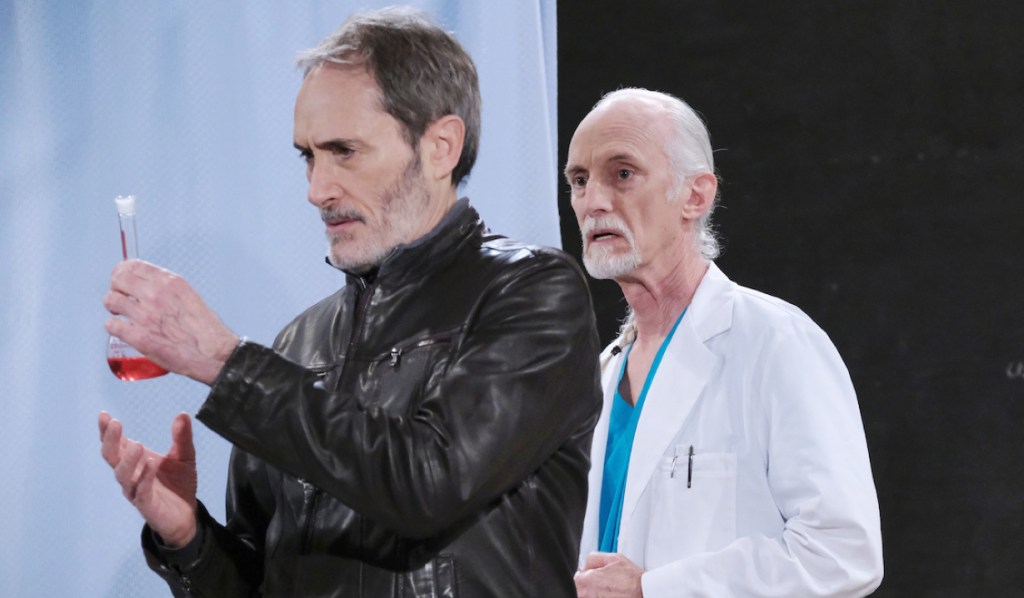 Orpheus pays a stunned Rolf a visit to the lab. He knows about Stefan’s resurrection. However, he can’t be bothered with it because he has his own project to keep him occupied — bringing as much pain and suffering as possible to Steve, Roman, and, most of all, John Black. Orpheus knows Rolf is keeping samples of his life’s work in there. He recounts sneaking in previously and finding what he needs to destroy the lives of his enemies. Rolf points a scalpel at Orpheus. He won’t let him take his work, but Orpheus holds up a vial. He already has it. Rolf orders him to be careful with the vial. Orpheus tosses the empty vial to a panicked Rolf. He already used the contents. 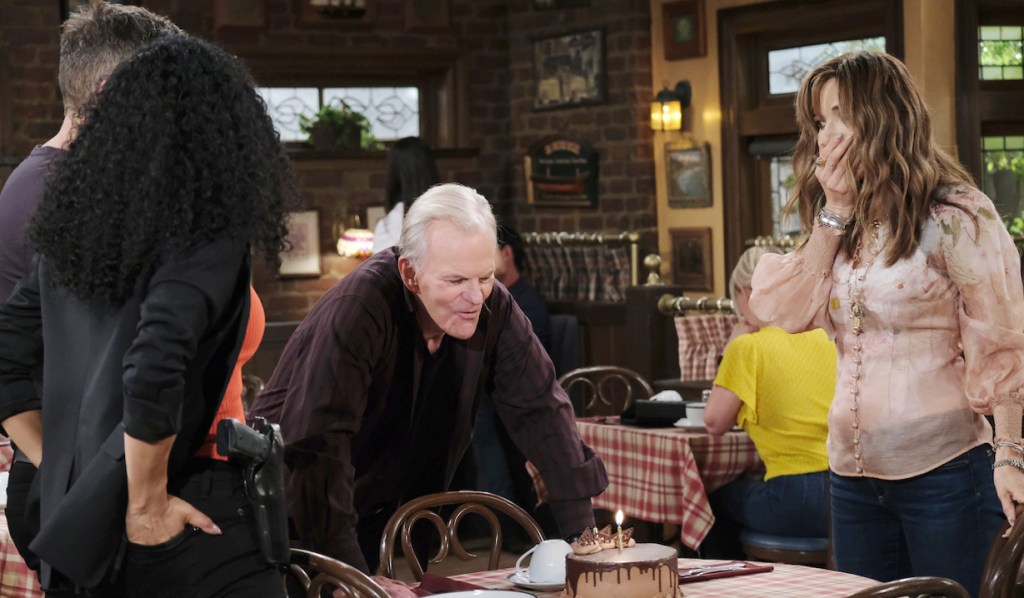 Back at the Pub, Roman prepares to blow out the candle on his cake, but Kate beats him to it when she sneezes on it. At the Johnsons, Kayla sneezes as the family sits to eat. In bed, Marlena sneezes as John rubs more lotion on her.

In the lab, Orpheus tells Rolf that John, Roman and Steve merely delayed the deaths of their ladies. Soon, they’ll wish they let the bomb go off.

Next on Days of Our Lives: Kristen orders Rolf to wake up Stefan, and EJ confronts Gabi. 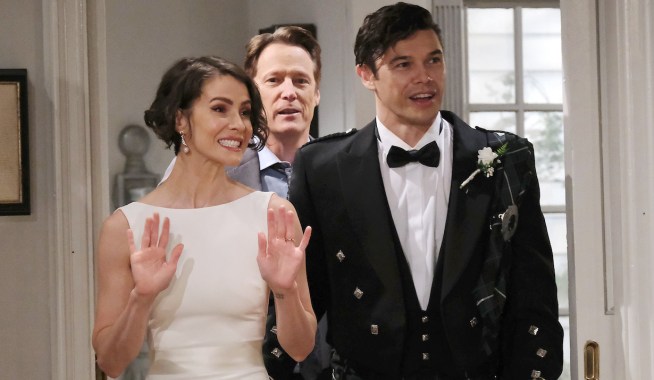 Kristen Forces Rolf to Push Ahead Despite His Protests, While Li Charges Forward With His Own Scheme 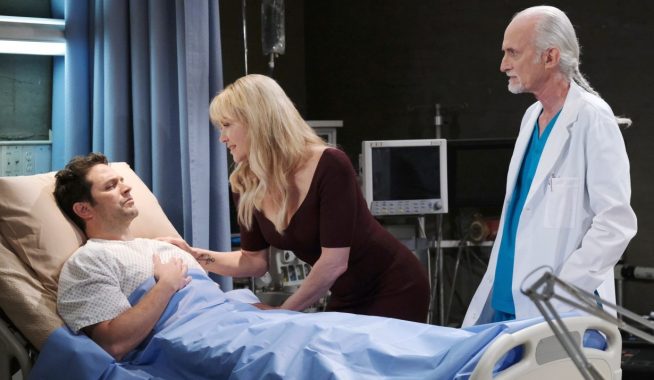