After Chad Hurls Accusations, Leo Comes to a Startling Realization About Sonny’s Stabbing and Abigail’s Murder

Friday, September 2, 2022: Today on Days of Our Lives, Leo panics, Chad rushes to save Sonny, Alex crashes Justin and Bonnie's date night, and Chloe has secondhand embarrassment for Nicole. 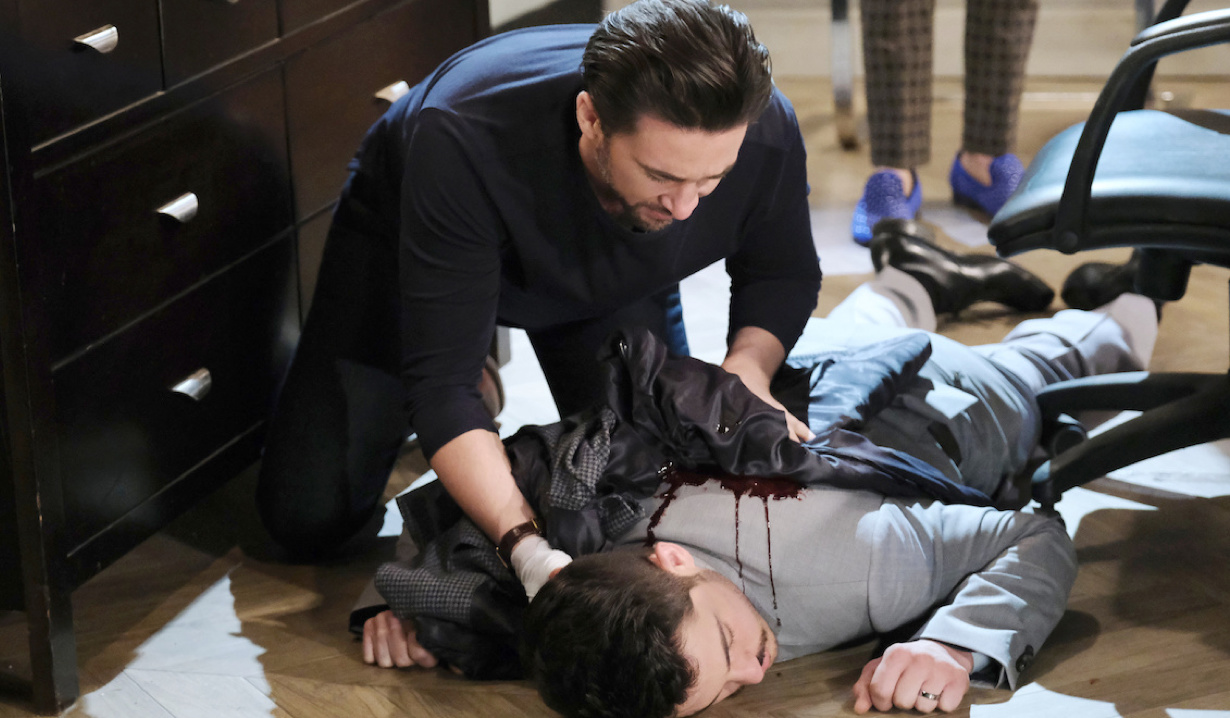 In her Salem Inn room, Chloe plays a word game on her phone when Nicole comes by. Upset, Nicole rattles off her story about finding Jada in Eric’s room — after they slept together! Chloe says, “Good for them,” and relays secondhand embarrassment over Nicole interrogating Jada about her sex life. Offended, Nicole gets up to leave, but Chloe stops her, reminding her she’s a married woman. She shouldn’t care about this. As Nicole continues to insist she’s just worried about Eric getting hurt, Chloe responds with eye rolls and sarcasm.

More: Days leaves NBC next week, what next? 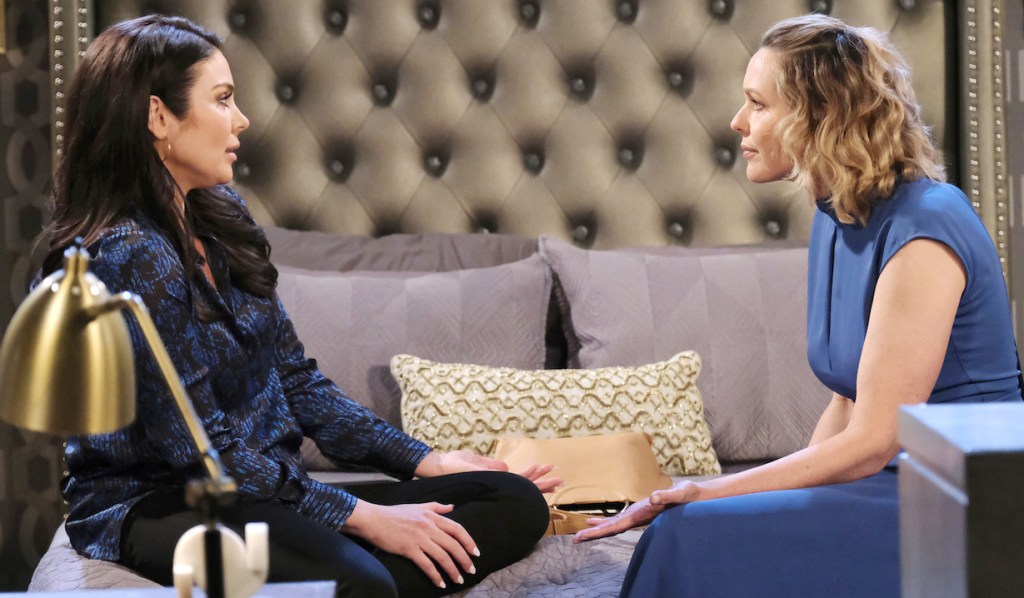 Nicole wants to hire someone to do a background check on Jada. Chloe thinks she’s lost her mind. Nicole recounts telling Eric that her dream was of him making sloppy joes instead of them having sex. She wonders if Eric lied about his own “innocent” dream about her. Chloe suggests she call him now to find out. Nicole won’t do that. Chloe knows, she just wanted her to realize how crazy she’s acting. What if Jada tells Rafe how interested she is in Eric’s sex life? Chloe advises Nicole to drop her obsession with Eric and make a decision about her marriage to Rafe.

At the Salem PD, Rafe and Jada go over Leo’s convenient statement about Gwen being the killer. Rafe’s gut tells him Gwen was telling the truth about Abigail still being alive the last time she saw her. Jada wonders what happened to the knife. They decide to keep digging into Leo. Rafe thinks they should call it a night and Jada mentions she did have dinner plans with Eric. She wonders if her dating Rafe’s wife’s ex is a little incestuous. He chuckles over her not knowing the half of it. Jada alludes to Nicole’s feelings about Eric, but clams up when Rafe questions her and leaves.

Stephanie comes to the Pub and sees Eric behind the bar. The cousins hug. He gets them drinks as they sit and discuss their respective dating lives, including the only “jackass” who has recently expressed interest in Stephanie. As Eric talks about Jada, she walks in. Stephanie realizes she’s Marcus’ daughter and recalls being at her 8th birthday party before leaving. 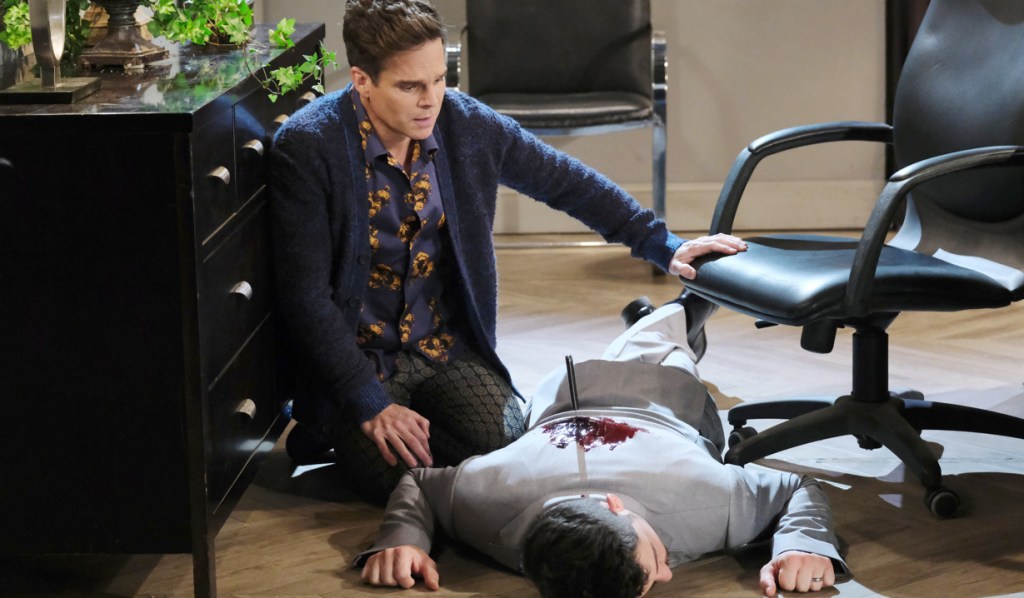 At Titan, Leo panics when he finds Sonny on the floor with a knife in his back. He determines Sonny’s alive and pulls out his phone to call an ambulance as Chad enters. Chad sees Sonny and shouts at Leo: “What the hell did you do?” Leo insists he just found him, as Chad races to his best friend. He orders Leo to call for help and declares, “If he dies, you die.” As they wait for an ambulance, Chad presses his jacket on Sonny’s wound and accuses Leo of killing Abigail and stabbing Sonny.

More: How Chad could find peace in the unlikeliest place 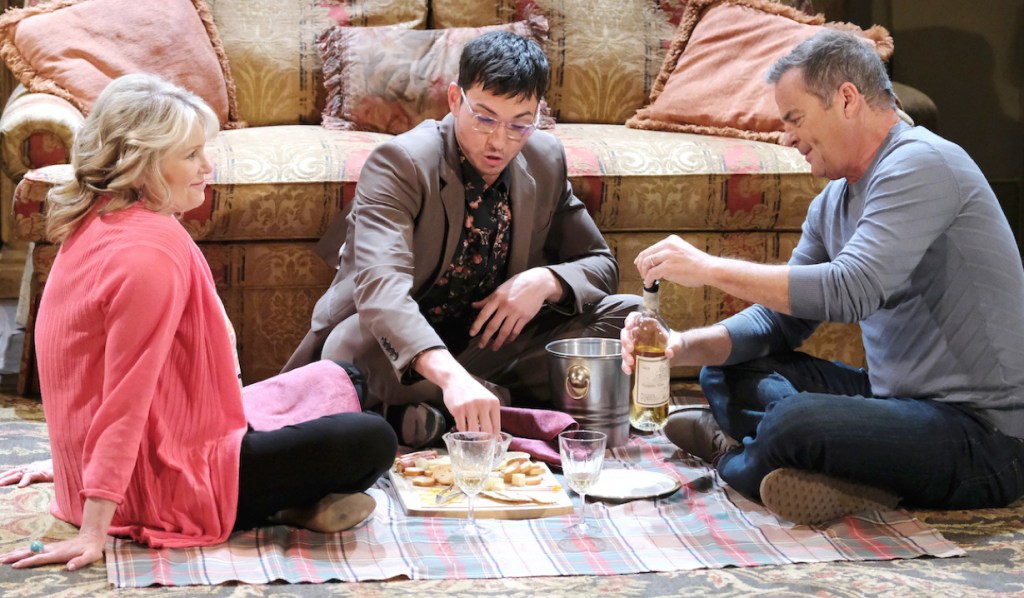 Bonnie finds Justin with a surprise floor picnic in the Kiriakis living room. He hands her a glass of wine, and they toast to each other. When Bonnie swoons over the romance of it all, Justin says he was influenced by Alex, who seems to really know how to impress the ladies. As they get flirty, Alex shows up and joins them to gush about Stephanie.

When Alex laments Sonny not letting him date her, Justin declares Sonny is just being a good CEO. As long as she’s an employee of the company, Justin advises Alex to stay away from Stephanie. Bonnie interjects, “I think that’s a load of crap.” She doesn’t think you should live your life fearing what could happen. “Who cares if someone sues you for sexual harassment,” she exclaims. Alex isn’t a creep or a con. He thinks he found the person he’s meant to be with. Justin retorts there’s a big difference between taking a chance and going against what Stephanie wants. Bonnie agrees, but thinks Alex should find out. 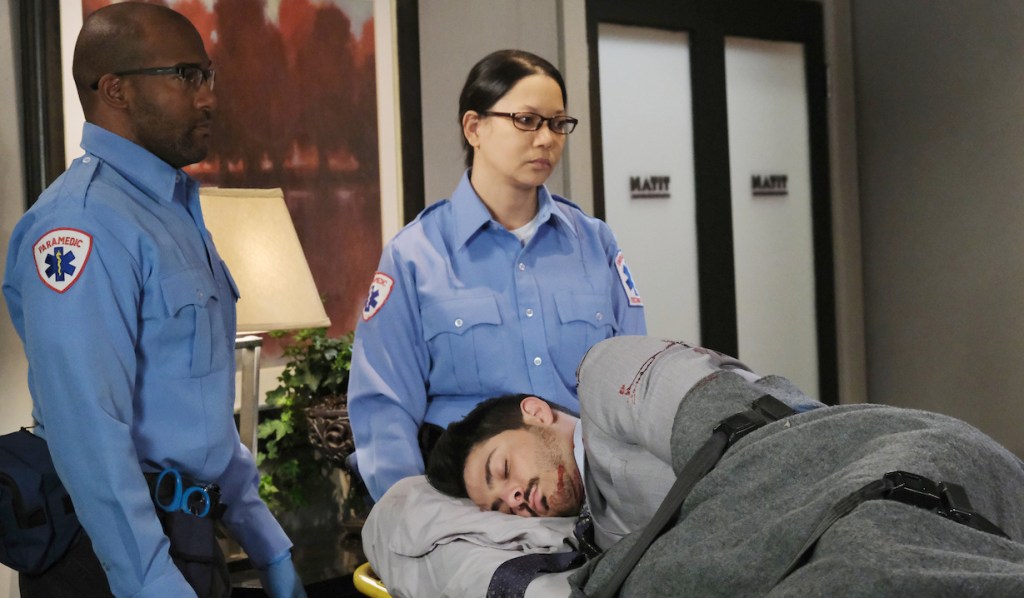 From Titan, Chad calls Justin, as Sonny is strapped to a stretcher and wheeled away. Justin relays the news to the family, and Alex runs to get the car. Meanwhile, Stephanie passes through the Square and runs into Rafe, who gets a call about Sonny.

Back at the Pub, Eric tells Jada her air conditioning is fixed. Jada thanks him and then mentions Nicole coming by earlier that morning. He defends it as a friendly visit, but she’s not convinced. But, it’s none of her business, so she wants to drop it. Eric asks her to say what’s on her mind. Jada thinks Nicole was too interested in them having sex, especially since she’s married. Eric asks what she said. Jada responds it was just awkward. He asks if she’d like something to eat, but she gets called back to work.

More: Is Tripp on his way back? 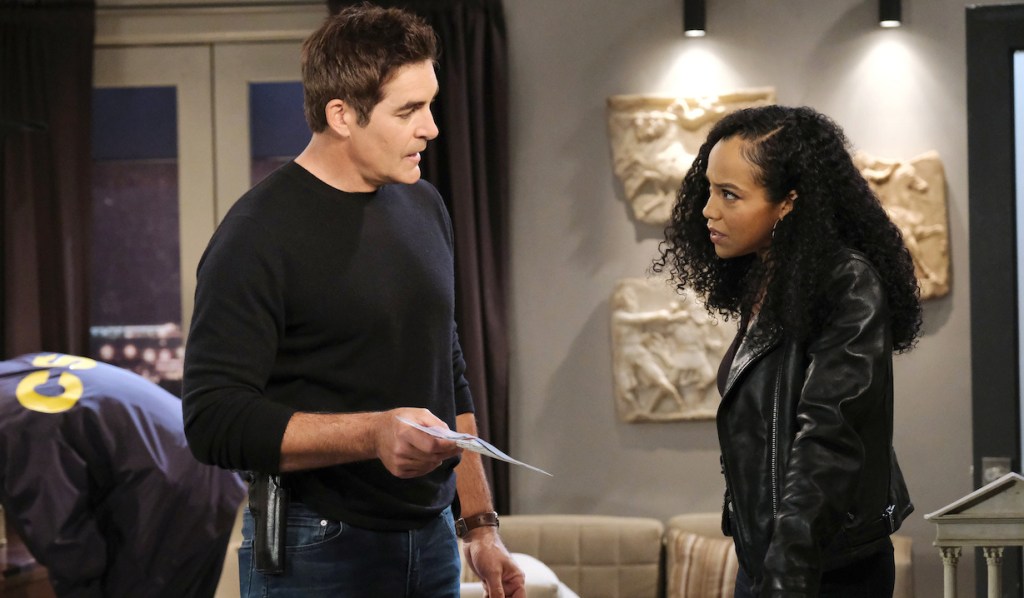 Rafe shows up at Titan and questions a teary Chad. Chad tells Rafe that Leo was standing over Sonny when he got there. After Chad’s left, Jada shows up, and Rafe shows her the knife, which might be the same one in Abigail’s murder case. Rafe also shows her Leo’s hit list.

At the hospital, Stephanie sees Chad and hugs him. Alex walks by and lowers his glasses at the sight of them. In the ER, Bonnie holds Justin as he yells to Sonny that they’re there for him.

Leo races to the motel. He realizes the knife in Sonny’s back is the same one he used for breakfast in the tunnels. He wonders how it got there, along with his hit list. His mouth drops. “Oh my God,” he exclaims. “I’m being framed!”

Next on Days of Our Lives: Victor helps Alex’s agenda, and Will rushes back to Salem 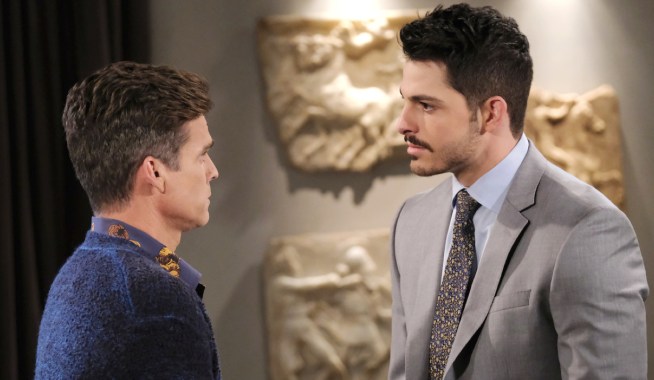 After Extending an Olive Branch to Sonny, Leo Walks in on a Grisly Scene

Will Rushes Home For His Husband, But Sonny Doesn't Wake Up From Surgery Until [Spoiler] Visits — With a Twist 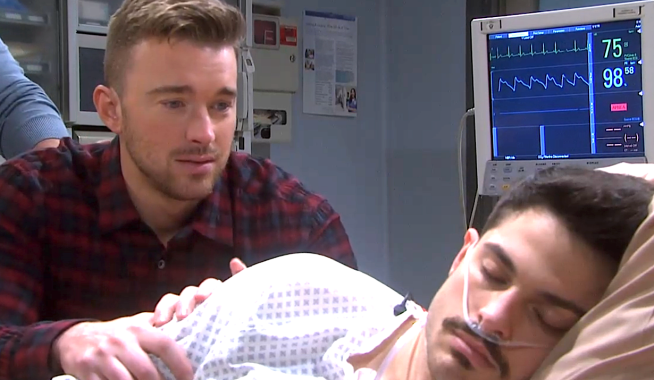