Stephanie Is Less Than Impressed Upon Meeting Her Admirer/Cousin — Who Won’t Take No For an Answer — Plus, Someone Lurks Around the Pub

Friday, August 26, 2022: Today on Days of Our Lives, Alex has a change of heart, Stephanie has second thoughts about Sonny's offer, Nicole has a revealing run-in with Jada, and the Pub is under surveillance. 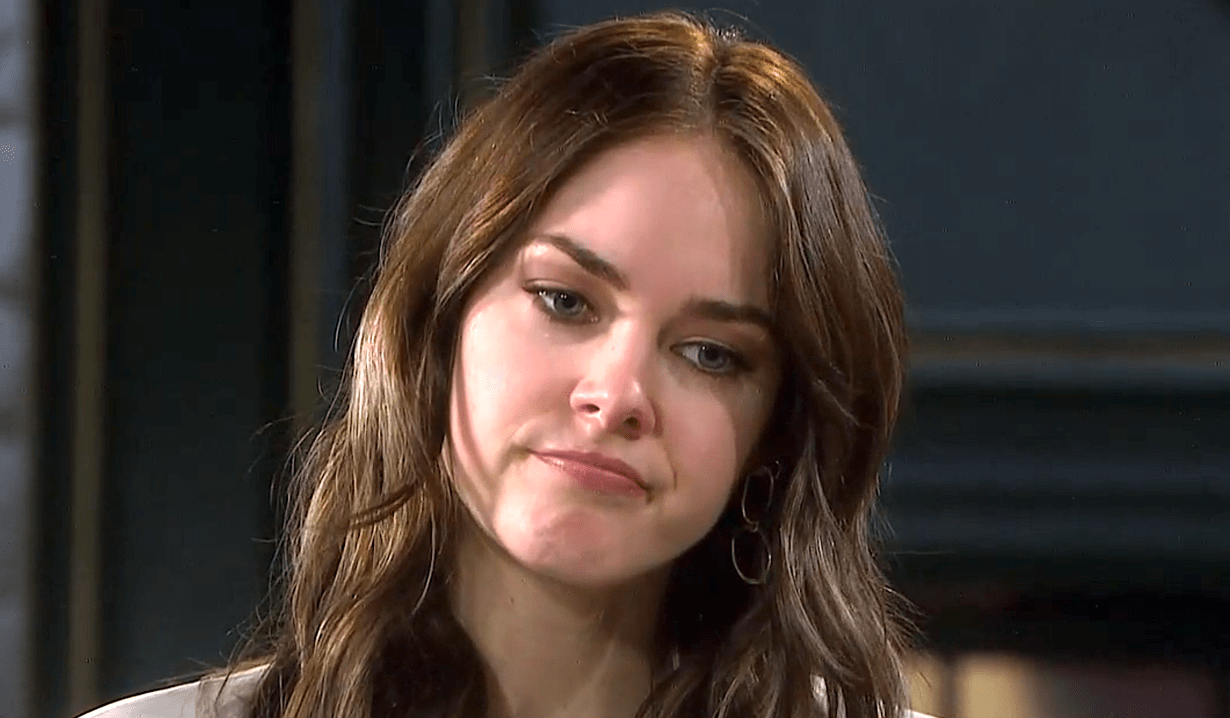 In Allie’s apartment in the morning, Chanel and Allie relish the fact that they hired someone to work the bakery so they could sleep in. They both get texts from Alex, hoping to take them out for drinks later. Chanel wants to meet him, but Allie is hesitant. She had fun with him until he brought up a threesome. She doesn’t think he’s taking no for an answer. Chanel wonders if that’s such a bad thing. Chanel clarifies that she doesn’t want to hook up with him, but the attention is flattering. Allie agrees to go out with him, as long as it’s clear that going out with him doesn’t mean going home with him. Chanel insists she is only interested in a twosome with her.

More: How to watch Days on Peacock Abe and Paulina come to the apartment to tell the ladies Abe is running for governor. Their new PR consultant had a great idea for them to make cookies that say Vote for Abe. Chanel is all for it, as long as Paulina apologizes to Allie first. Allie insists it’s fine, but Paulina agrees with Chanel. She apologizes for her behavior and notes how happy Allie makes her daughter. Allie appreciates it and Chanel accepts the bakery order.

At Titan, Chad tells Sonny he just met with his cousin Stephanie. He gives him her card when Sonny mentions they could use some good PR. Sonny apologizes if he’s being insensitive talking about business. Chad assures him it helps to think about other things. He doesn’t want his best friend to feel guilty.

After Alex bumps into Stephanie in the Square, he calls her perfection and then asks her out. She rolls her eyes. He asks if he can at least buy her a new coffee to replace the one that spilled. He returns with her coffee and lays several lines on her. She’s weirded out by a stranger’s intensity. They introduce themselves by first names only, and he asks her out for drinks. She reiterates that she’s weirded out by him, but he doesn’t relent. She bluntly tells him she’s too busy to date, even someone she’s attracted to. Stephanie steps away to take a call from Sonny who invites her to the office to talk business. She eyes Alex, and tells Sonny she can be there right now. Alex tries asking her out again, but she walks off. 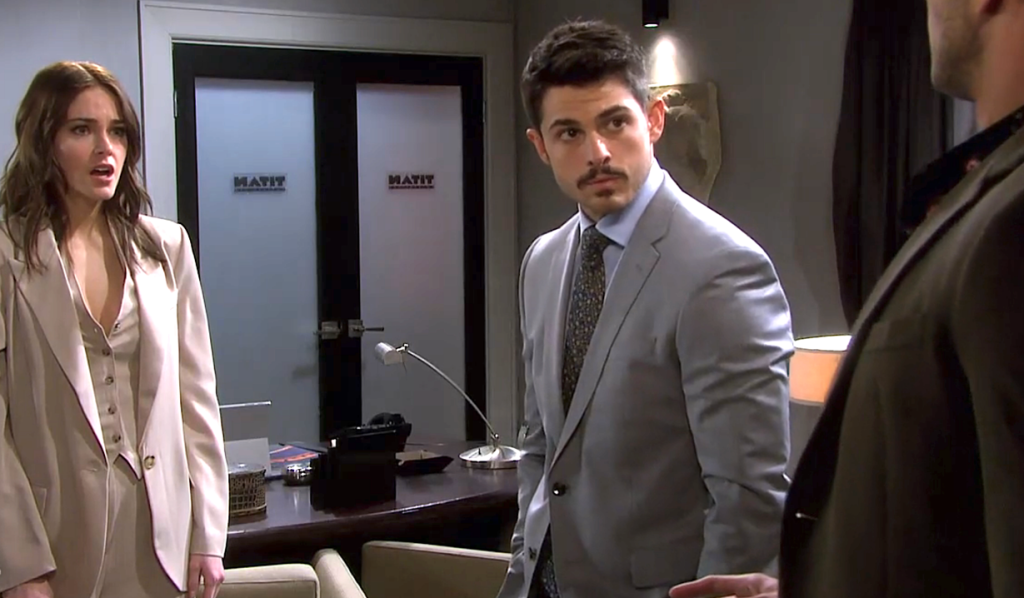 When Stephanie comes to Sonny’s office, she tells him all about the “cheeseball” she just met. Alex walks in eager to tell Sonny all about the woman he just met. He locks eyes with Stephanie and says, ‘Oh, my god. It’s you.” Stephanie calls him a stalker, but he clarifies that he works there. He calls it kismet, but Stephanie declares she’s there on business. Sonny introduces them as cousins. Alex makes clear they aren’t blood-related, so there’s not one impediment in his way. She retorts his whole being is an impediment. Alex offers to run point on the PR campaign, but Sonny will call him after their meeting. After ushering his brother out, Sonny says he’s looking forward to working with Stephanie. But she isn’t sure she can work for him.

Alex returns to the Square to find his phone that he dropped after running into Stephanie. He sees Allie and Chanel who say yes. To what he wonders? To his invitation for drinks, or did he already forget all the texts he sent? Oh, right. He says they’re still on unless he has to work late. They thought he needed them to be his wing women. He’s not interested in that anymore because he met the woman of his dreams.

Eric comes downstairs to the Pub. He wishes a happy birthday to Roman, who relays he talked with Sami, who insists she’s fine. Eric quips that no one does denial like his sister. Roman gives his son a bottle of water, noting he looks like he worked up quite a sweat. Eric explains he’s looking at Jada’s air conditioning and asks for a toolbox. Roman wonders if Eric’s A/C is fine, why is he all sweaty? Eric reminds him it’s summer, but what’s up with the third degree?

More: The series you won’t want to miss on Peacock After Jada opens Eric’s door to Nicole, she explains she was using his shower. Nicole chuckles over thinking she and Eric slept together. Jada says, “We did.” Nicole calls it too fast, but Jada wonders why it’s any of her business. Nicole reminds Jada that she brought it up. Jada retorts Nicole is married to Rafe. Nicole says Eric is still her friend, but Jada wonders if she feels more than friendship for him. Eric returns, and Jada leaves them alone.

After Nicole relays she knows Eric slept with Jada, he asks why she stopped by. Nicole says she had a dream about him. He admits he had a dream about her too. She lies that her dream was about him having a kitchen mishap. She thought it was funny so she wanted to tell him about it. She asks about his dream. Jada returns. She has to get to work, but asks Eric to still look at her A/C. He says of course, and she kisses him on the cheek. After she’s gone, Eric says his dream was of Nicole showing up as a singing telegram. After some awkwardness, Nicole leaves.

More: What will and won’t change after Days’ move Kate comes to the Pub with a present for Roman. He thanks her, but would have preferred she kept her word and turned herself in. She explains she did and has been charged as an accessory after the fact in Sami’s kidnapping. Roman knows it couldn’t have been easy and appreciates it, but wonders if she’s going to prison. Kate explains that Trask reduced the charges to a misdemeanor since she came forward. She has to pay a fine and perform two hundred hours of community service.

Roman is happy she took responsibility and is glad she’s not doing prison. Kate asks if they can get back to what they had. Roman says yes, as Abe and Paulina enter. They congratulate them on their reunion and Paulina declares champagne is on her. As they toast, someone spies them through the window.

Next on Days of Our Lives: Orpheus crashes an event, and Sonny pitches Stephanie.

Take a look at the real-life partners of your favorite Yellowstone stars in our photo gallery below. 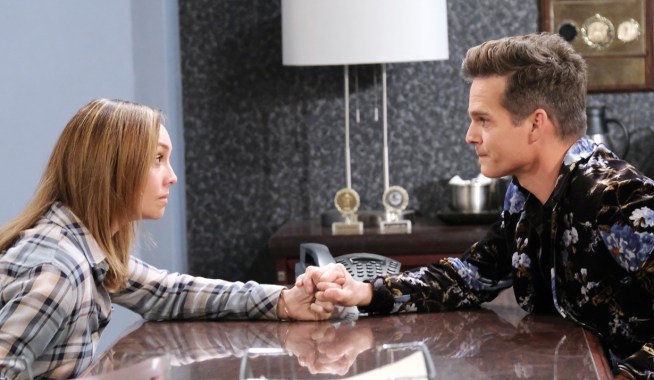 A Stunning Betrayal Could Change Everything In Abigail's Murder Case — Plus, Eric and Nicole's Sexy Dreams Lead to an Awkward Discovery

As Kayla and Marlena Vow to Rescue Themselves From Orpheus, They Are Joined By Another Kidnapping Victim 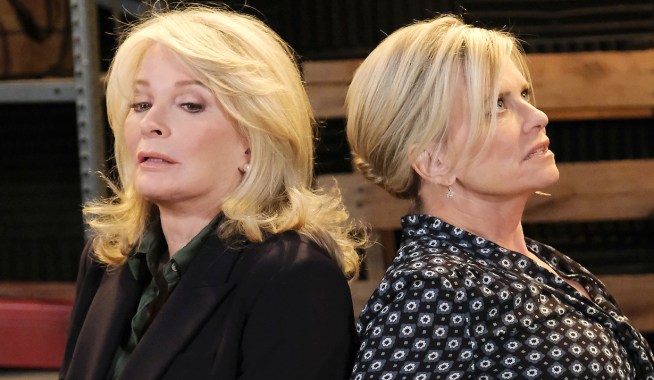