Tuesday, July 19, 2022: Today on Days of Our Lives, Sarah and Xander's happily ever after gets interrupted again, Rafe hires a new detective, and Lucas remembers the night Abigail was murdered. In their Salem Inn room, Sarah and Xander decide to seize the day and get married. They kiss and she says, “Now you can put that ring back on my finger.” His face falls as he’s forced to admit he sold her ring to buy Gwen’s. He explains he thought she was done with him and ran off with Rex. She understands, but seethes over Gwen drugging her to hold onto him. Xander declares he’ll never forgive Gwen for it. Sarah again notes she’s lucky someone was always around to talk her down when she hallucinated. She could have really hurt someone.

Sarah asks what he’s going to do with Gwen’s ring. He says he’ll swap it back at the pawn shop for her ring. She notes all they need now is someone to officiate. Xander suggests Maggie since she was ordained to marry Bonnie and Justin. Her eyes light up as she says, “We’re really doing this.” He confirms and sweeps her up in a kiss.

While Gwen reads in her cell, she gets a new bunkmate — Kristen. Gwen’s surprised to see she let herself get caught. Kristen retorts that she’s there by choice because of her daughter. The women bicker, leading Kristen to accuse Gwen of killing Abigail for exposing her at her wedding to Xander. Gwen points out she was locked up in there when it happened.

More: This alum is game for a vengeful return 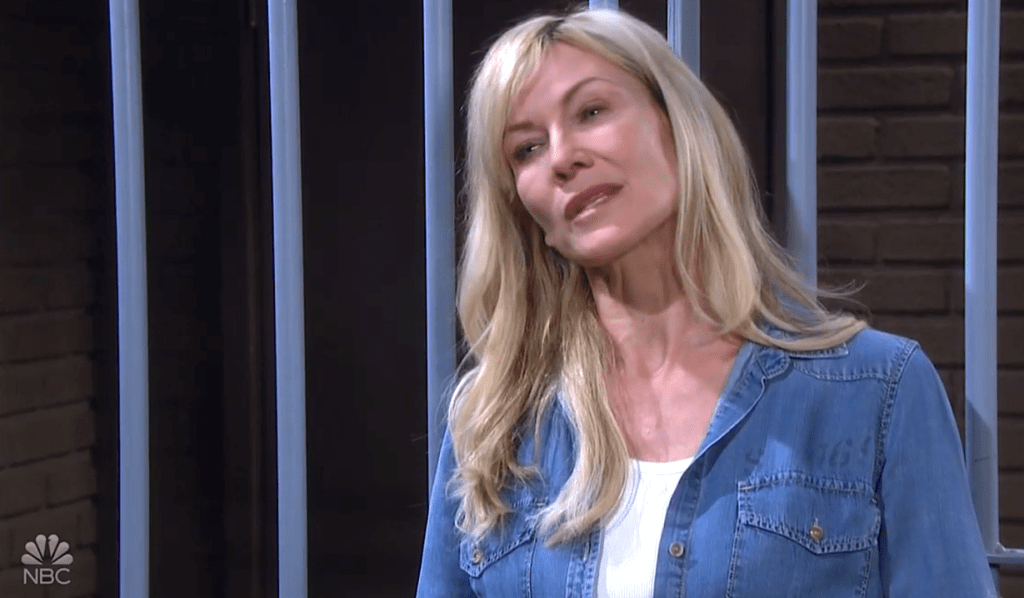 When Kristen rants about Xander keeping Rachel from her, Gwen defends him. However, she laments his and Sarah’s happily ever after. Kristen suggests it’s only a matter of time before they implode, because from what she’s seen, Sarah’s still a bit off. So, they might not be riding off into the sunset, after all.

Nancy finds Leo reading his tablet in the Square. She gloats that Clyde was cleared of killing Abigail. His only crime was buying stolen jewelry. The person he bought it from is the real killer. Leo counters they already have someone in custody for the crime. He shows her the article about Lucas, but Nancy doesn’t believe it. She declares the cops are barking up the wrong tree and heads off. 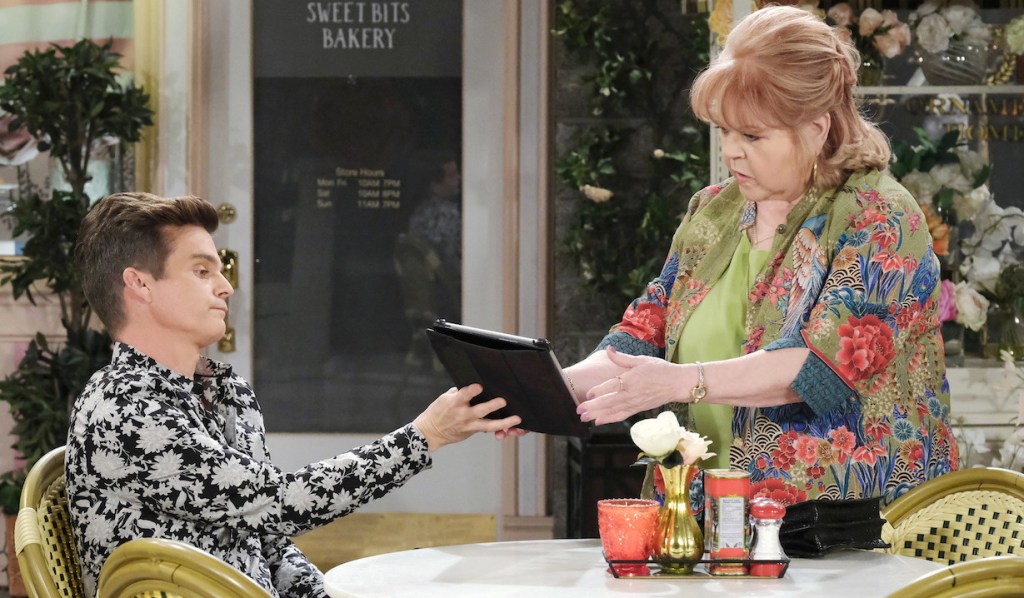 In the interrogation room, Marlena questions a hypnotized Lucas about the night Abigail was killed. With closed eyes, he recalls drinking tequila in the park and then banging on the DiMera front door for Abigail to open it. When she didn’t answer, he went through the back doors and made himself a drink at the wet bar. While cutting a lemon, he sliced his hand. He then heard a noise upstairs. While hidden, he saw someone rush down the stairs to the front door. In the present, Lucas’s eyes fly open as he says, “Oh my God.” 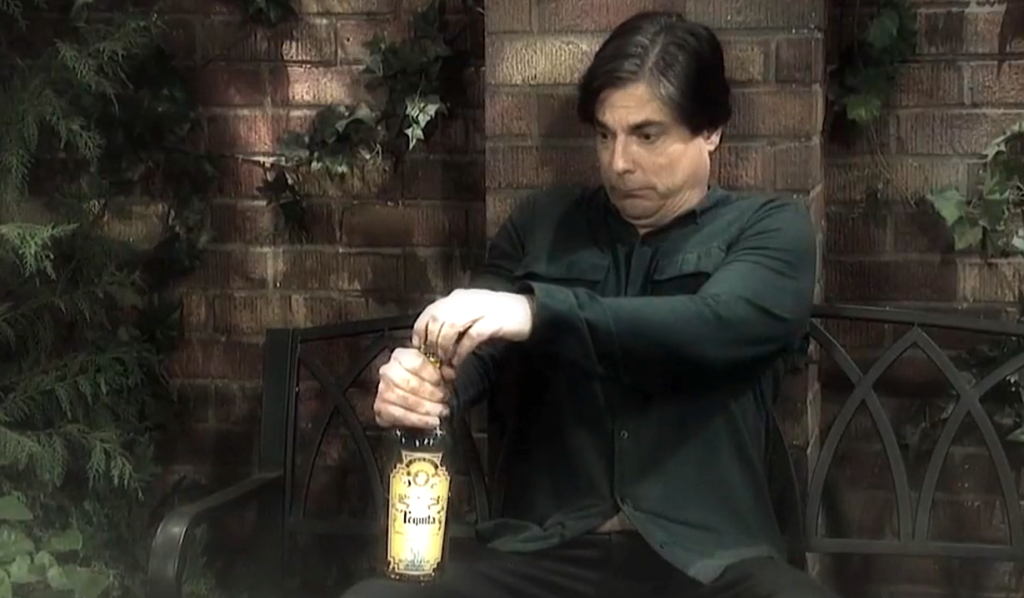 At the Pub, a woman interrupts Clyde’s rant at Rafe for falsely arresting him. She points out if he goes after the Salem PD, what he did to EJ could come back to haunt him. Bewildered, Clyde says, “Who the hell are you?” She introduces herself as Jada Hunter (played by Elia Cantu). He leaves to take his break. Rafe tells her that was impressive. She says, “Does that mean I’m hired?” 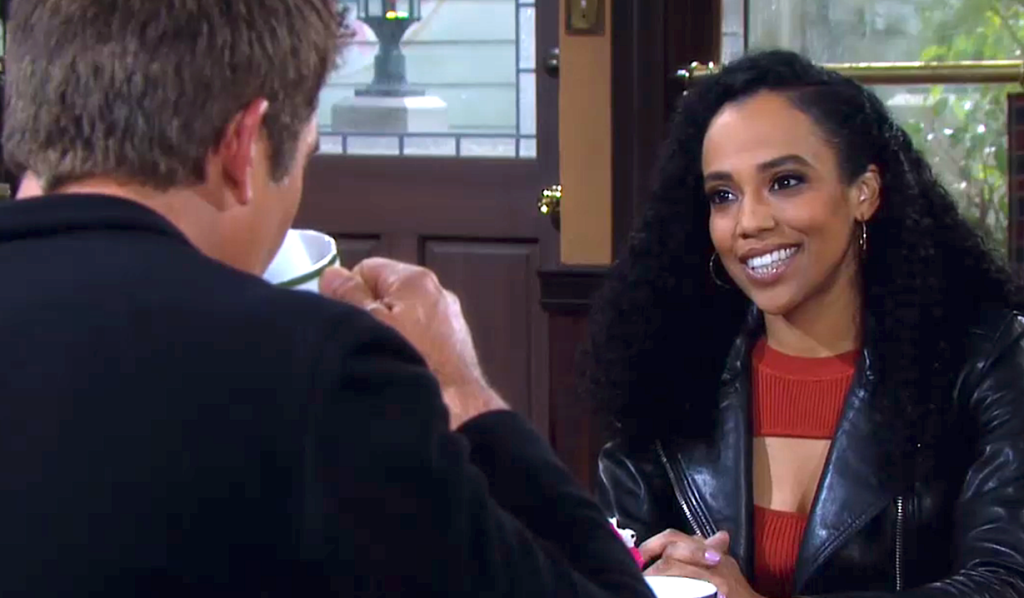 Rafe reminds Jada they have to have this interview first, but notes Steve highly recommended her. Jada remarks Steve was good friends with her father, Dr. Marcus Hunter. After they discuss Abigail’s murder case, he welcomes her to the Salem PD. 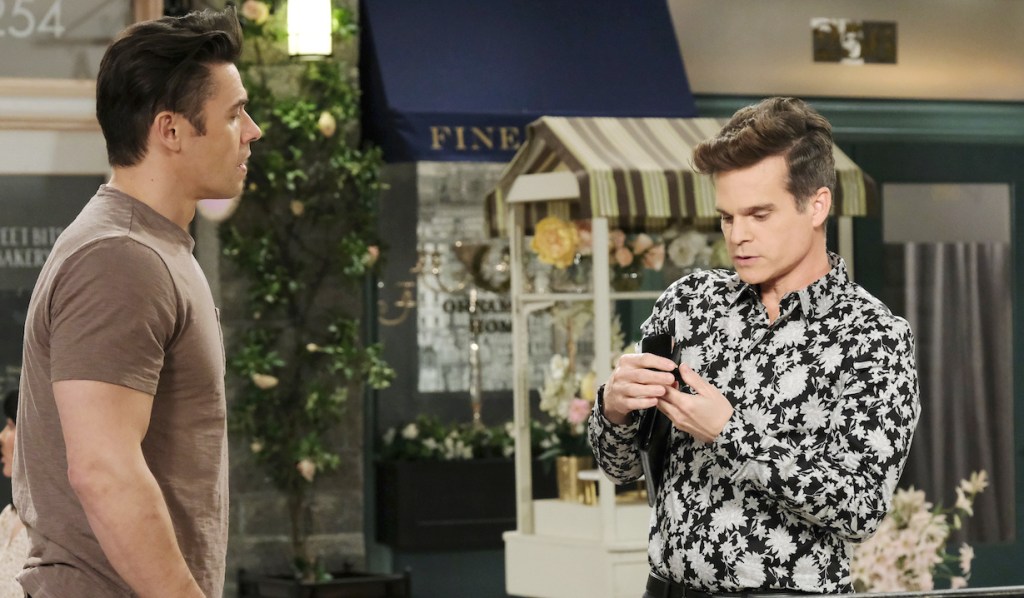 In the Square, Xander literally runs into Leo with Gwen’s diamond ring. After hearing he’s marrying Sarah, Leo snarks at him for planning to marry Gwen not so long ago.

Outside the Pub, Nancy runs into Clyde. She’s happy to see he’s free. He apologizes for giving her a stolen bracelet. He’d like to give her a nice present, but he can’t afford the things she’s used to. All Nancy wants is a man who loves her and is honest with her. Clyde wishes he could figure out who the weasel was who sold him the bracelet. Leo glares at them from afar as Clyde declares there will be trouble if he figures out who jammed him up. 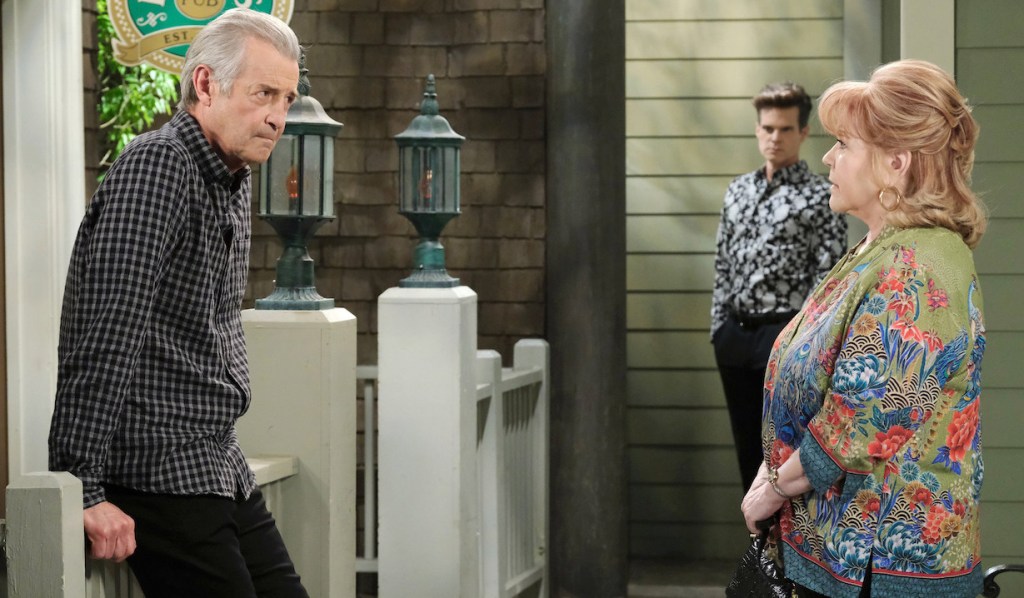 When Sarah visits with Maggie at the Kiriakis mansion, they discuss their disbelief over Lucas being Abigail’s killer. Sarah then asks Maggie to marry her and Xander. Maggie notes Xander was a broken man while she was gone. Sarah says she’s back now and they can finally start their life together.

Later, Sarah returns to Maggie in the living room in her wedding dress. Xander joins them in his kilt. He pulls out her original wedding ring that the pawn shop still had, and puts it on her finger. He also presents wedding bands. Maggie suggests she make them man and wife.

Marlena finds Rafe and Jada in the squad room. She beams as she relays Lucas remembers something from the night of Abigail’s murder. Later, Rafe calls Chad to tell him they’re bringing in a person of interest.

As Maggie is about to marry Gwen and Xander, Jada enters the Kiriakis living room. She declares she needs to bring Sarah in for questioning.

Next on Days of Our Lives: Sonny comforts Chad, and Chanel receives a proposal.

Relive Xander and Sarah’s love story in the photo gallery below. 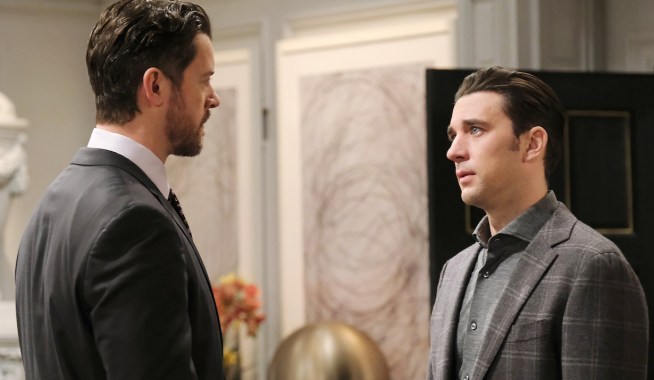 Chad Confesses to EJ Who Decides On His and Kate's Punishment — Plus, Xander Embraces the Moment With Sarah 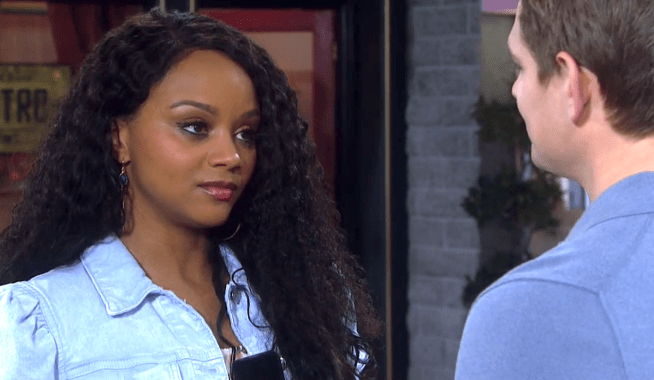