After Taking Roman’s Advice To Fight For Love, Eric Receives Shocking News From Rafe and Nicole

Monday, June 27, 2022: Today on Days of Our Lives, Sami presents EJ with divorce papers, Rafe and Nicole embrace the moment, and John and Marlena comfort Chad. 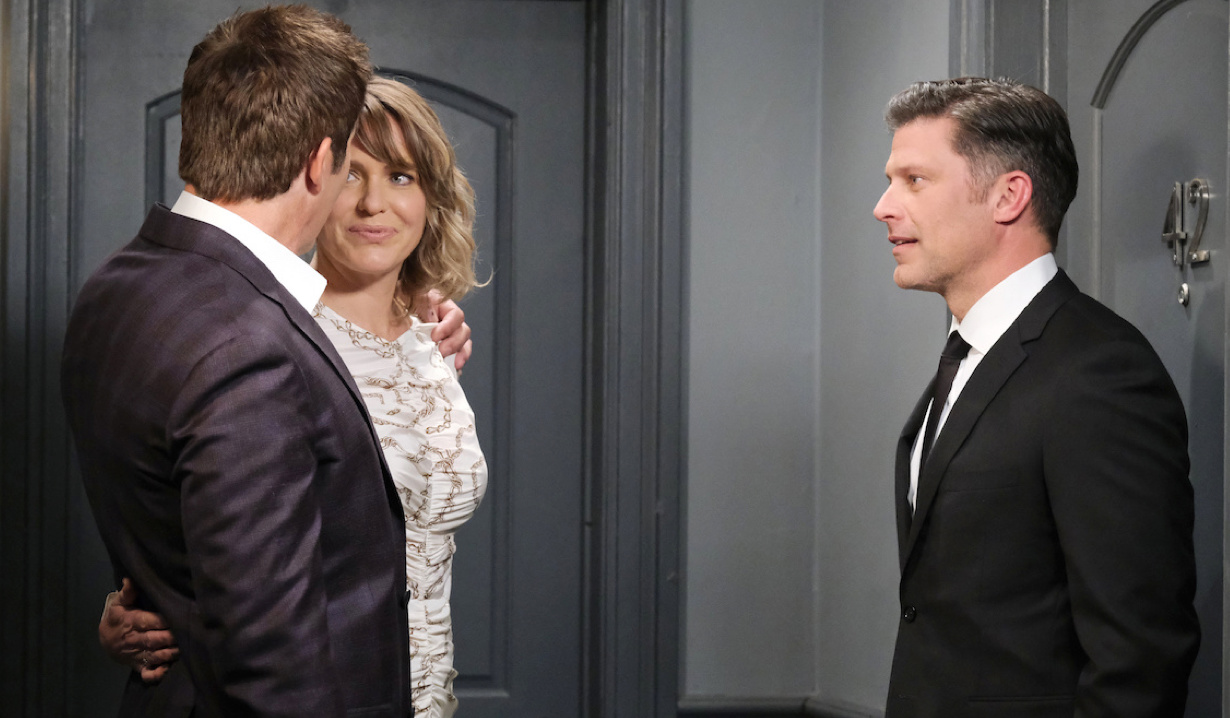 At John and Marlena’s, Chad stares of teary-eyed as Marlena returns home. She sits with him as he cries over having to tell his kids their mother isn’t coming back. How is he supposed to make them understand it when he doesn’t himself? Marlena calls him a wonderful father. Thank God they have him, she says. Chad responds, “Thank God I have them.” John joins them and Marlena goes to take his place, playing with the kids.

More: Catch up on all the soaps with our mini recaps John sits with Chad. While he doesn’t want to be dismissive of Chad’s pain by sharing his own loss, John recounts his experience with Isabella’s death. He knew he’d never not miss her, but he eventually found new life with Marlena and their kids. Now, he thinks how lucky he was to have her before he had to say goodbye. Chad points out that’s the difference — John got to say goodbye, but he never did.

Chad laments putting off so many things because they thought they had time. Even his delaying their Boston trip by just one day made all the difference in the world. John asks what the last thing they said to each other was. Chad chokes up as he recalls Abigail telling him she loved him. The way she looked at him and said it melted his heart. He took everything about her for granted. If he had known, he wouldn’t have wasted so much time doing anything but loving her and letting her know she was his everything. John assures him she knew.

More: Best and worst of the Daytime Emmys

Marlena returns and tells Chad that Charlotte asked if it was true that her mommy died. Marlena rocked her and held her after she confirmed it was. Then, Charlotte went into denial and asked when her mommy was coming home. When Chad says he should take them home, John and Marlena offer to let them stay the night. He should stay as well. Through tears, Chad says that’d be good.

As Rafe looks at photos of Abigail’s murder in his office, Nicole drops by with food for him. He’s happy to see her and relays he hasn’t been able to zero in on a suspect. Nicole has faith that he will. She also tells him she was just at Abe and Paulina’s wedding and cautiously adds she ate with Eric, Roman, and Kate afterward. Rafe does a double take, but then expresses his joy over Abe and Paulina marrying because you never know when life will throw a curveball, like when Lani confessed. Nicole doesn’t want him to feel pressured into making big wedding plans. Rafe doesn’t, but he does wonder if she just doesn’t want to get married. 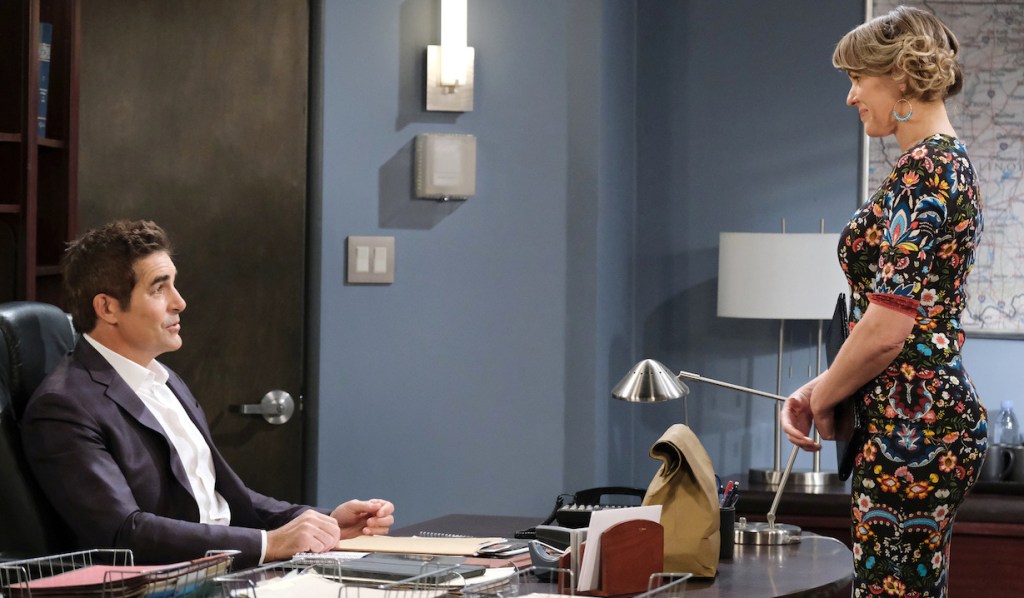 Kate drops by Lucas’ trashed hotel room. An unraveling Lucas explains he was searching for Abigail’s jewelry to prove or disprove his guilt. He then pulls out the engagement ring for Sami. Kate doesn’t think the stress of worrying about Sami finding out about his crimes will be good for his sobriety. When Lucas insists it will be better once they’re married, Kate reminds him of how things worked out for Philip. Lucas can’t believe she’s comparing him to his brother. Kate just worries about him. He sobs over Abigail, and wanting to make things up to Sami by being the best husband he can possibly be. Kate embraces him and gives him her support before leaving.

More: Days’ rushed wedding, immature twins, and so many suspects As Belle and EJ make out while heading for the DiMera mansion stairs, the doorbell rings. EJ opens the door to Samantha. She enters and sees her sister. EJ explains she’s there on business. Belle adds that she’s staying there because of the Jan situation. Sami wonders why she couldn’t find a room somewhere else. Why there? EJ interjects that Belle is more than just his attorney — he’s her friend.

Sami pulls out the divorce papers. EJ is eager to sever their union, but it’s not exactly the best time. Besides, there’s no pressing need. Sami retorts that there is a need because she and Lucas are getting married. EJ scoffs over her marrying her kidnapper. Belle defends EJ when Sami remains adamant that EJ kidnapped her. If she wants to be an idiot, EJ says, “Be my guest.” He signs the papers and she hobbles out on her crutches. 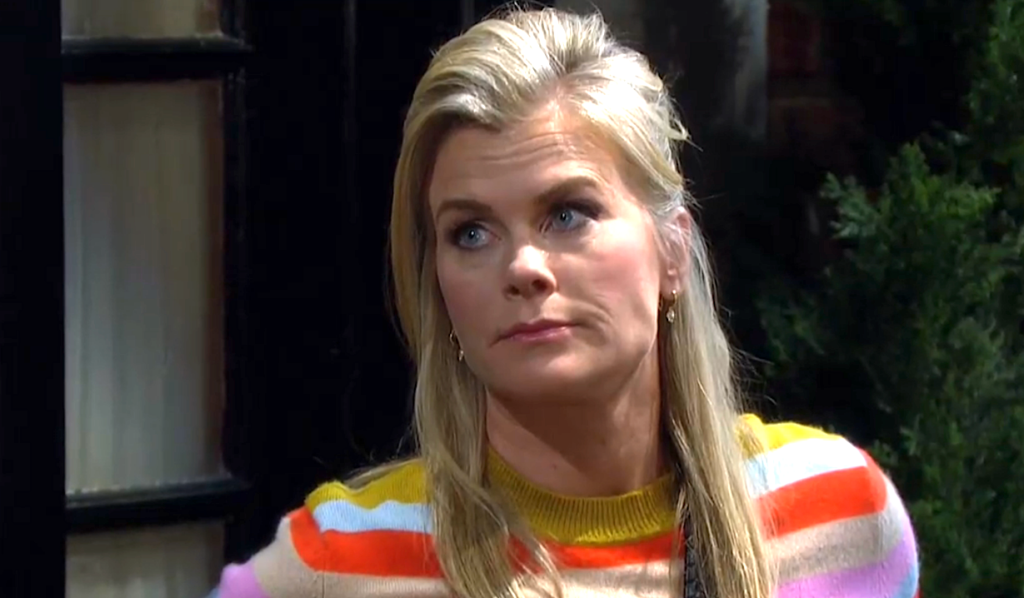 Upstairs at the Pub, Roman asks Eric what’s going on with him and Nicole. Eric reminds his father that Nicole is engaged to Rafe. Roman retorts, “They’re not married yet.” Roman urges him to do something about it if he still has feelings for Nicole.

Later, Nicole finds Eric standing outside her apartment door. He has something he wants to talk to her about, but she says it’s not a good time. Holding a bottle of champagne, Rafe joins Nicole. They announce they just got married at the courthouse. 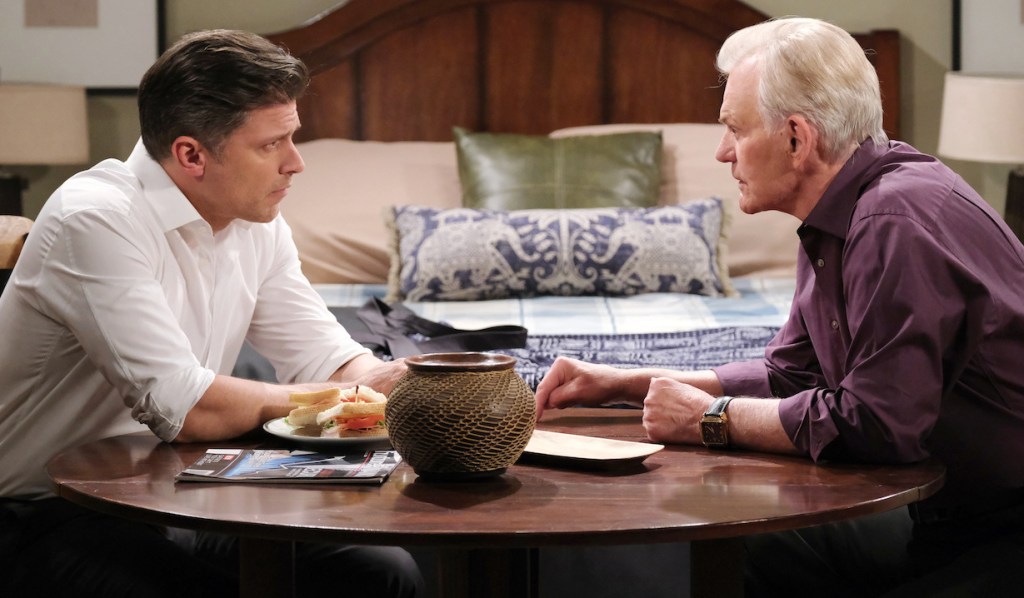 Sami returns to Lucas at the Salem Inn with signed divorce papers. He gets on one knee and proposes. She says yes and he puts the ring on her finger.

Back at the mansion, EJ tries to pick up where he and Belle left off, but she asks what he’s doing.

Next on Days of Our Lives: Hope surprises Ben and Ciara, and Sami and Lucas celebrate. 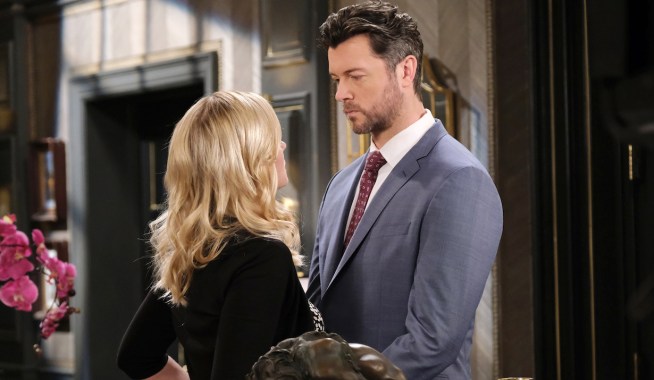 Lucas's Stunning Question Sends Sami Straight to EJ, as Belle Seeks to Pick Up Where She and Her Brother-In-Law Left Off 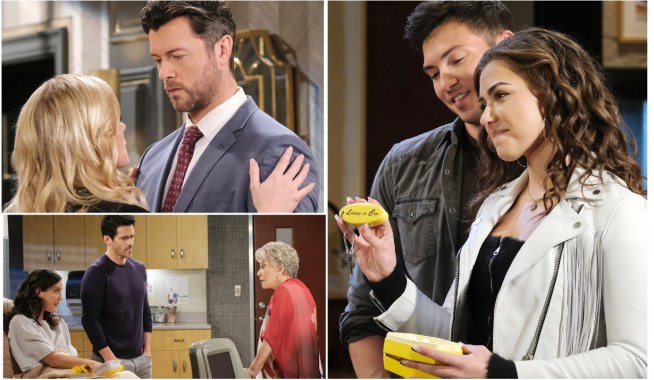