After a Run-In With Eric, Nicole Suggests She and Rafe Fast-Track the Wedding — Plus, Ben Sparks an Idea In Jan

Wednesday, June 1, 2022: Today on Days of Our Lives, Brady calls Eric out, Jan turns to an unlikely source for help, Belle makes a drastic move, and Rafe accepts an honor. 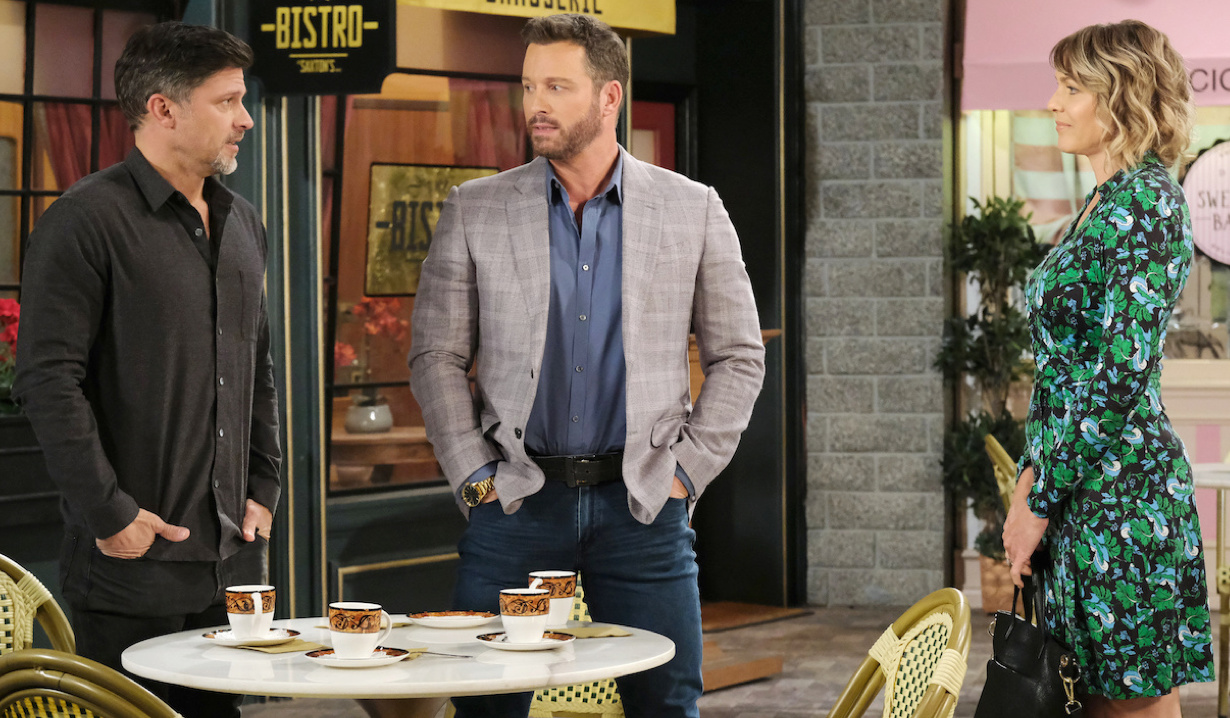 Ciara brings Baby Bo to see Rafe in his office and asks him to be her son’s godfather. Rafe is honored and assumes they’ll want Eric to baptize him before he returns to Africa. Ciara tells a stunned Rafe that Eric is no longer a priest. He recovers and shares his engagement news. She’s thrilled for him, but asks if he thinks Eric will affect him and Nicole. Of course not, he says and looks off pensively.

In the Square, Eric tells Marlena, John, and Brady he’s no longer a priest because of the exorcisms. The men are aghast and Marlena declares it’s all her fault. Eric insists it was worth saving her life.

More: Is the rumored Days murder a red herring? 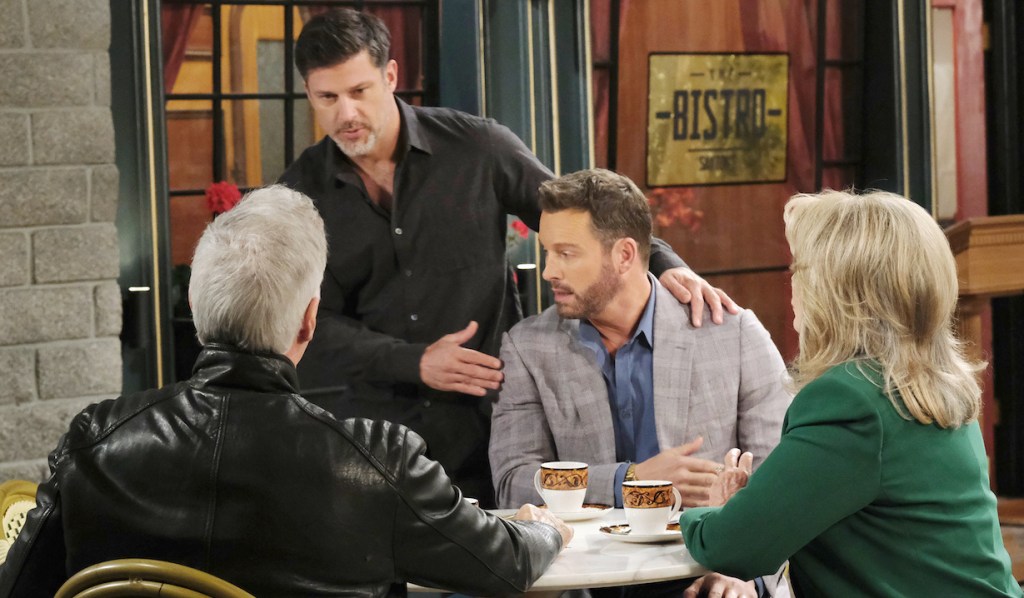 Ben startles Jan when he strolls into Shawn and Belle’s place. He’s looking for Shawn, but he’s not there. However, Jan relays that he did want to talk to him and Ciara about letting her babysit for practice. Ben scoffs, rejecting the idea. Jan reminds Ben everyone accepted him after the sins he committed. Ben corrects her. They didn’t just accept him. He worked hard on earning it. Jan insists that’s what she’s trying to do. Why does he get to have a perfect life, but she doesn’t?

Ben suggests as long as she loves the baby, she can be a good mom. What helped him the most was his therapy with Dr. Evans. She asks Ben to reach out to Dr. Evans on her behalf. He can’t do that for her. If she wants to be a better person, this is where it starts. She will do whatever it takes to make Shawn realize they are meant to be together and be a perfect family. Ben reminds Jan how she got pregnant, so Shawn probably isn’t on board with that. Besides he’s married. Jan isn’t worried about that. 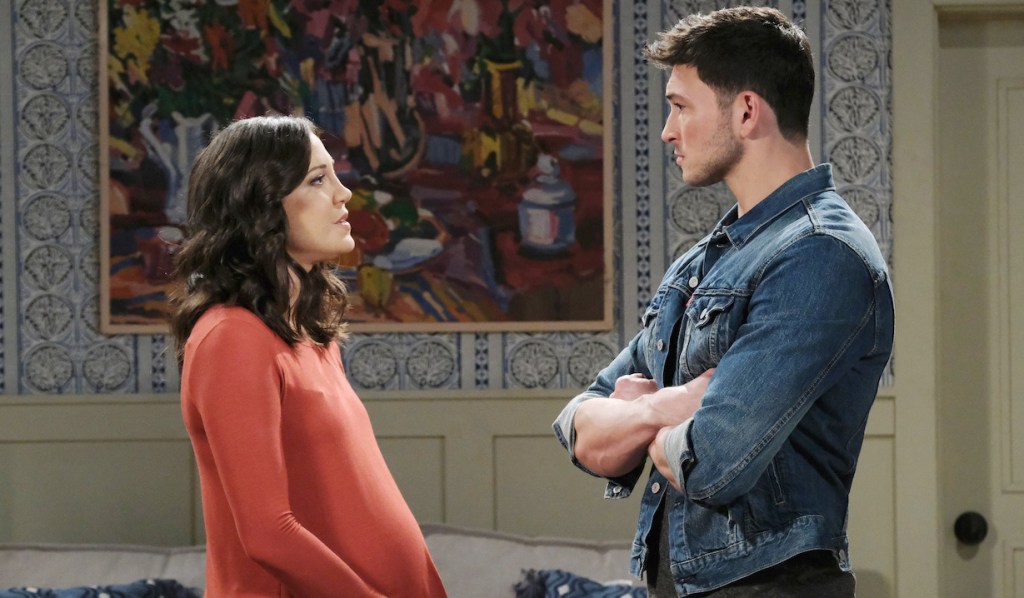 At the station, Belle tells Shawn she filed for a legal separation. He knows he’s handled this terribly, but he never meant to hurt her. All Belle knows is she can’t go on this way. She thinks the best thing for them is to draw this line. He asks if EJ has anything to do with this. She’s insulted. It’s about one person and one person only — Jan Spears. He angrily signs the papers and she leaves in tears.

Nicole drops by the DiMera mansion to see EJ. Since he filed her divorce papers, she asks for a copy of them. He wonders why she needs them. She holds up her left hand to show him her engagement ring. After expressing disdain for Rafe, he wonders how Father Eric feels about it. She lets him know Eric is no longer a priest. He assumes she wouldn’t have accepted Rafe’s proposal if she knew that before saying yes. Nicole insists it wouldn’t have made a difference and then wonders who is in his life these days. He reluctantly admits he’s been spending time with Belle. He insists they’re just friends, but her marriage is falling apart. Nicole encourages him to go for it if that’s the case.

More: Will this soap alum be the next Hallmark breakout star?

Belle shows up and EJ hurries out a smirking Nicole. Alone, Belle asks EJ to file her separation papers. EJ is understanding and invites her to stay for dinner and wine. Belle is tempted, but she doesn’t think it’s a good idea. At least not tonight.

Ciara rolls the baby stroller into the station and tells Shawn that Rafe is going to be Bo’s godfather. A surly Shawn understands why she wouldn’t want her trainwreck of a brother to step up. Ciara assumed he had a lot on his plate right now. Shawn apologizes for taking his stuff out on her. He thinks Rafe is a great role model for her son. Ciara knows Shawn will be an awesome uncle, but Shawn declares he just destroyed his entire life and marriage. After filling Ciara in on the separation, he tells his sister that Jan wants to babysit Bo. Ciara flatly refuses and urges him not to let Jan screw up what he has with Belle.

After he gives Jan Dr. Evans’ number, Ben leaves. Alone, Jan calls Marlena, who is still in the Square. Jan needs help and asks her to come see her. Marlena agrees. John won’t let her go alone, so he leaves with her. As Brady and Eric hang back to finish their coffee, Nicole approaches. Brady spots her engagement ring and she confirms she and Rafe are engaged. He stands to congratulate her. Eric rises and expresses how happy he is for her and Rafe. She deserves happiness. She appreciates that and departs. Brady assumes Eric can’t be okay with her marrying Rafe, but Eric insists he’s not romantically interested in her anymore. Brady thinks he’s lying to himself. 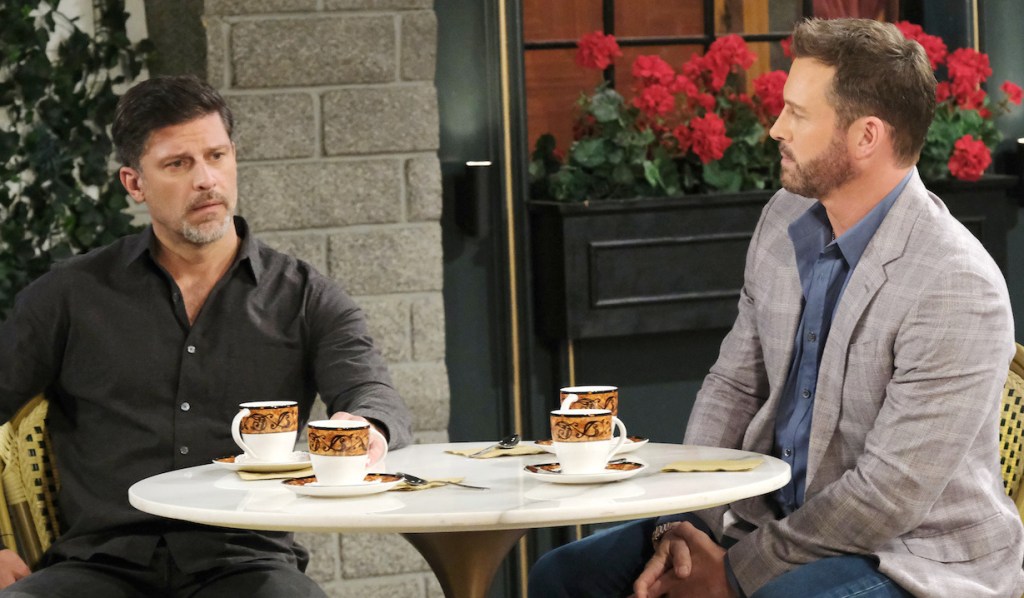 When Marlena and John come to the apartment, Jan asks Dr. Evans to help her like she helped Ben. Shawn comes home and Marlena awkwardly tells Jan she can’t promise anything, but she’ll get back to her. She suggests Shawn and Belle get marriage counseling as well. Shawn relays Belle wants a formal separation. John and Marlena are shocked, while Jan smirks.

Nicole visits Rafe at work to talk about setting a wedding date. She says, “How about next week?”

At home, Ben and Ciara discuss Jan. They agree they didn’t save their son from the devil just to send him into Jan Spears’ arms. However, Ciara worries that Jan is finally succeeding in coming between Shawn and Belle.

Next on Days of Our Lives: Abigail’s latest investigation could cause trouble.

Car crashes, God, and Nicole are major themes in Eric’s Salem journey. Take a look at the photo gallery below. 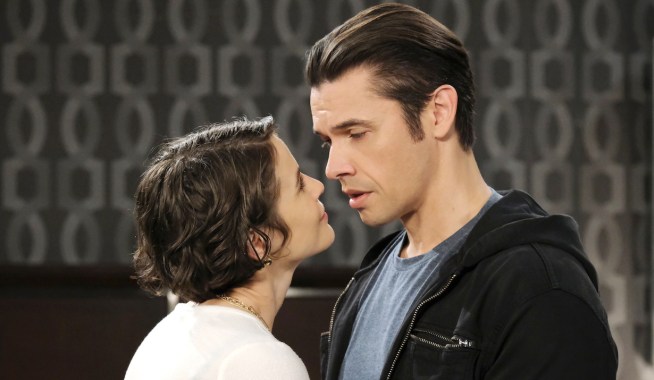 Upon Xander's Latest Gesture, Sarah Remembers Everything — Plus, Chad Can't Wait to Gossip With His Wife, Who Has Her Own Bit of News

After the Drug Test Results Come In, Sonny Threatens to Roll Up Leo in a Rug Again — Plus, Chad Panics Over Abigail's Next Story Idea 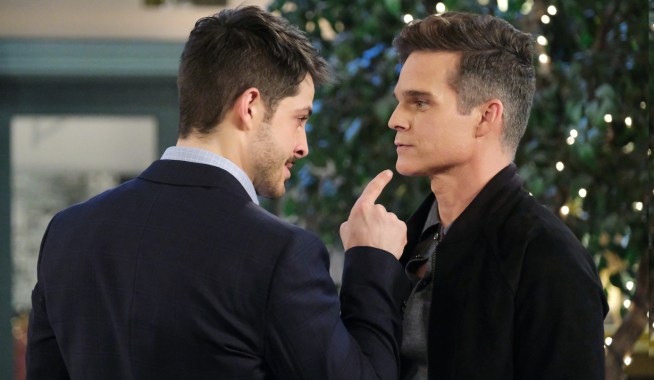