Upon Xander’s Latest Gesture, Sarah Remembers Everything — Plus, Chad Can’t Wait to Gossip With His Wife, Who Has Her Own Bit of News

Tuesday, May 31, 2022: Today on Days of Our Lives, Sarah wants to recreate a specific memory, Abigail and Chad 'put in the work,' Belle knows what she has to do, and Leo and Gwen scheme. 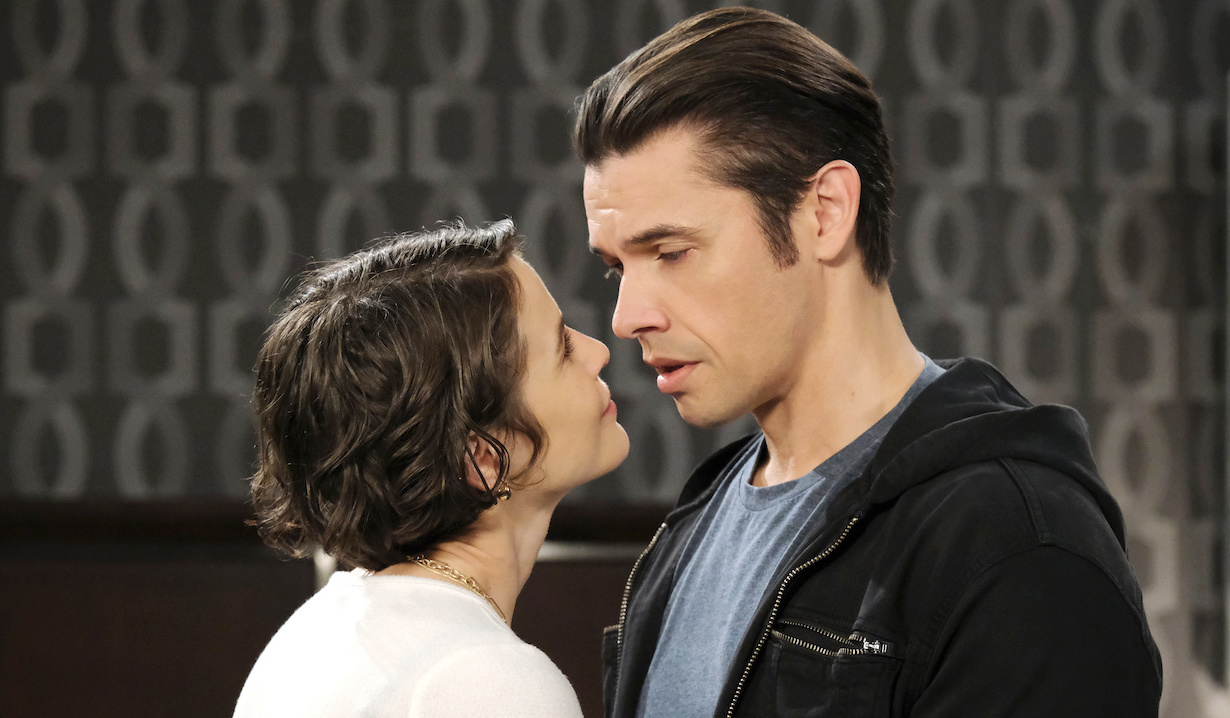 Xander leads Sarah to Mickey’s gravestone in the cemetery. He declares the love they share started with a lie. He was stupid and selfish trying to keep her from the truth. He won’t do that anymore. He knows he stole her opportunity to mourn when he switched the babies. Now, she’ll have the chance to grieve properly.

She bends down to the headstone that has fresh bouquets of flowers on it. She cries wondering how she could have ever forgotten that Mickey was gone. Sarah assumes the flowers are from her mother. Xander confirms that Maggie comes every Thursday with daffodils. The roses, though, are from him. 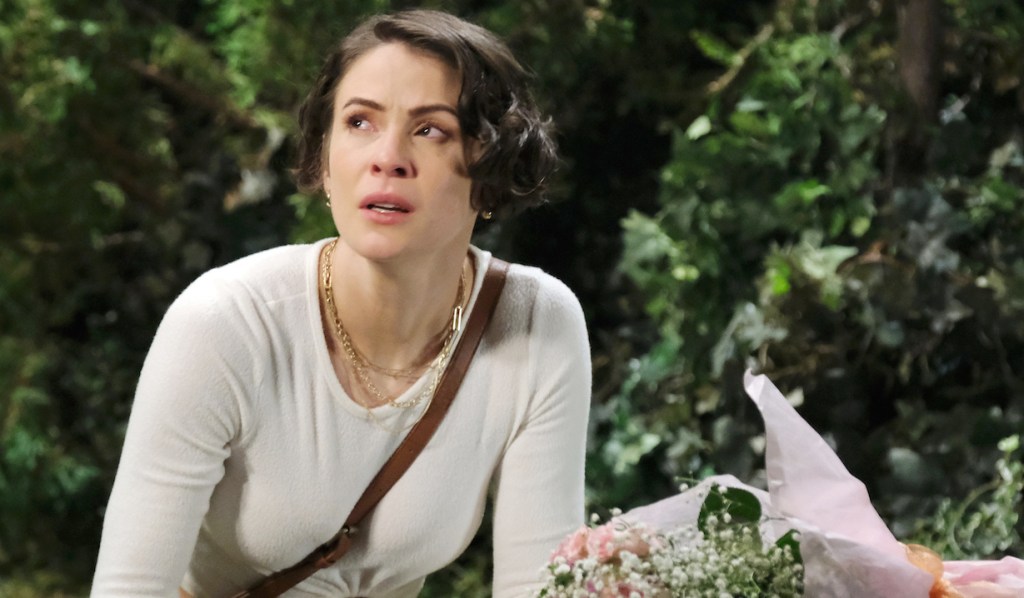 Xander explains that after she forgave him, they came there everyday with fresh roses. She asks, “After I was gone. Every day?” He responds, “I loved her too, Sarah. She was mine. At least to me she was.” Tears stream down her face as she thanks him for remembering her daughter. She thinks wherever Mickey is, she has forgiven him, but Sarah doesn’t think she will be able to. He thanks her for coming there with him and starts to walk away. 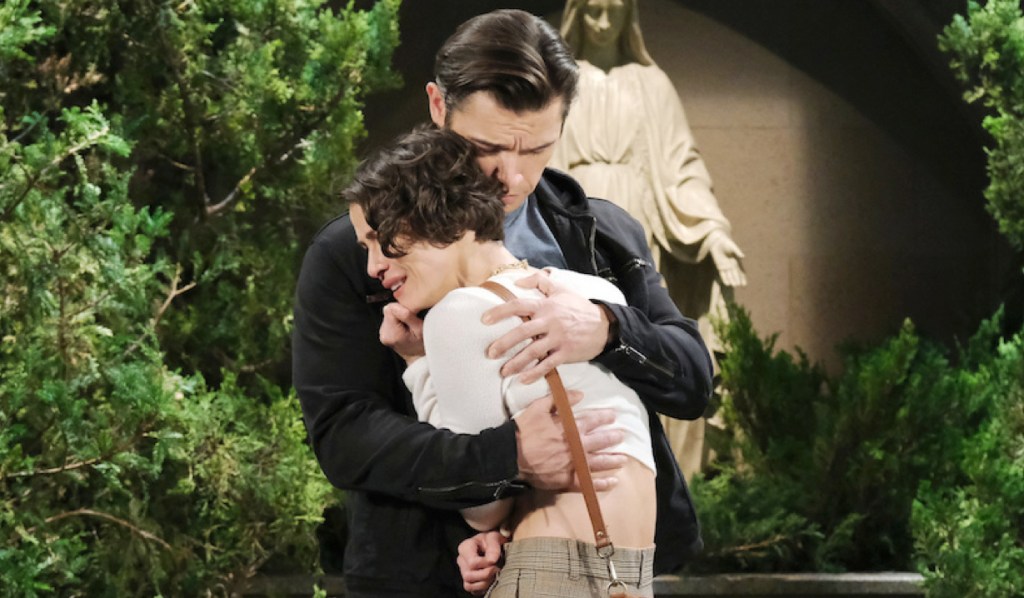 Sarah bends down to the headstone again and touches it. She flashes back to the first time they came there. She calls out to Xander. She cries as she remembers forgiving him after he bought the headstone. She falls against his chest sobbing and has flashes of their reunion and engagement. She pulls back and says, “I remember. I remember everything.”

Back at Xander’s Salem Inn room, Sarah assures Xander she remembers being happy with him. In fact, the memory of the last time they had sex is coming back right now. “Do you remember?” she coyly asks. “I can never forget,” he responds. They kiss and start ripping off their clothes.

More: Catch up with mini recaps for all the soaps

At the prison, Leo asks Gwen to join his quest for revenge. Gwen only has one person to settle a score with and that is her dear, baby sister, Abigail. After he confirms he didn’t touch Sonny when he drugged him and she plays coy about Laura’s death, they put their heads together. They deduce Chad and Abby are too strong for another cheating scandal and take murder off the table. When Leo whines there must be a way to exact revenge, Gwen assures Leo she will think about it.

At the hospital, Kayla gives Abigail a checkup and offers to write her a prescription for birth control pills. Abigail says it’s not necessary. She and Chad are stronger than ever and with Gwen locked up, safely away from her family, she’s feeling the pull to have another baby.

More: What did and didn’t work during May Sweeps 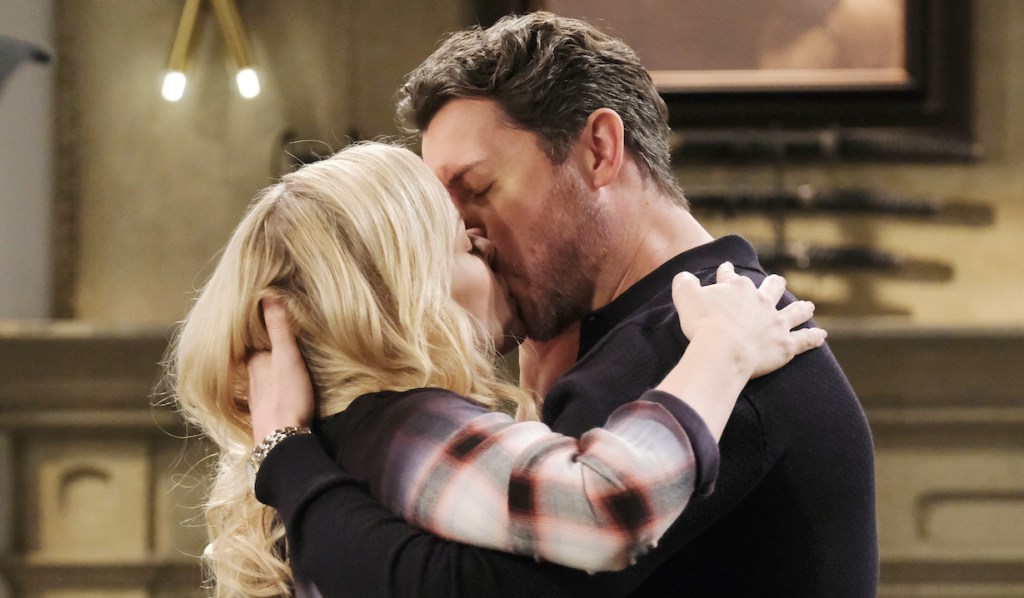 Upon Will’s suggestion, Sonny goes to Shawn at the station about Leo. Shawn tells him if a blood test proves he was drugged, he’ll happily arrest Leo and throw away key. Sonny heads to the hospital with Will and meets with Kayla, who takes his blood. Will is sorry this happened to Sonny, but Sonny declares that Leo is the one who will be sorry.

Chad walks into the DiMera living room to discover Belle and EJ making out. He awkwardly tries to leave, but a chagrined Belle wants to explain. Chad says it’s not necessary. He understands why she’s upset with Shawn, but thinks maybe they have a chance to repair things like he and Abby did. EJ assures his brother there’s nothing going on and apologizes to Belle for overstepping. Chad doesn’t need an explanation and leaves them to it. 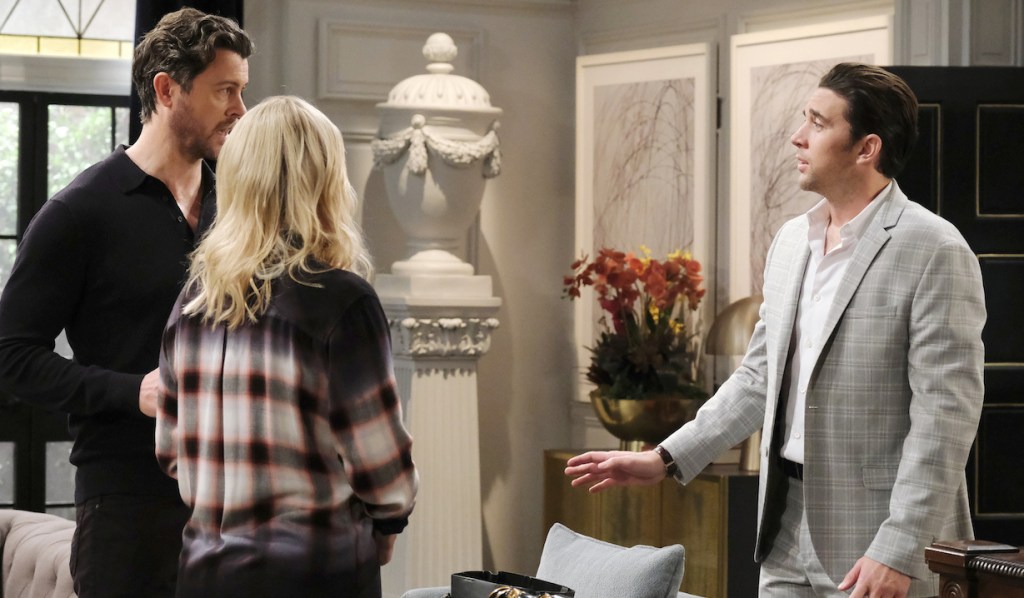 Alone again, Belle thanks EJ for taking responsibility with Chad, but notes she kissed him back. He insists it didn’t mean anything, but Belle asks, “Are you sure about that?” She points out the attraction between them has been growing. He wonders what they should do about it. She stammers, but eventually says she can’t live with the guilt of an affair. She’s not ready to give up on her and Shawn yet. EJ cares about her, but he states his heart still belongs to Samantha. He apologizes again for taking advantage of the situation and promises to never do it again. Belle wistfully looks up at him.

EJ walks her to the door and finds a box addressed to Belle. She opens it and reads a note from Jan. The box is full of her things which came, not from her office, but her bedroom. She angrily leaves, knowing what she needs to do.

Alone, EJ pours himself a drink and thinks about his kiss with Belle. Meanwhile, Belle brings legal papers to Shawn at the station. He looks at them and asks, “Are you divorcing me?”

Chad meets Abigail at the Pub and giddily shares the gossip about Belle and EJ. He muses that EJ is actually falling for her. They move on to discussing her doctor’s appointment. Abby tells him she thinks she might like to be pregnant. He proclaims he’s the luckiest person in the world and nothing would make him happier than to make another baby with her. Chad suggests they start putting in the work. She grabs his hand and tells him to lead the way. He twirls her out of the Pub.

More: Who dies and whodunit on Days? 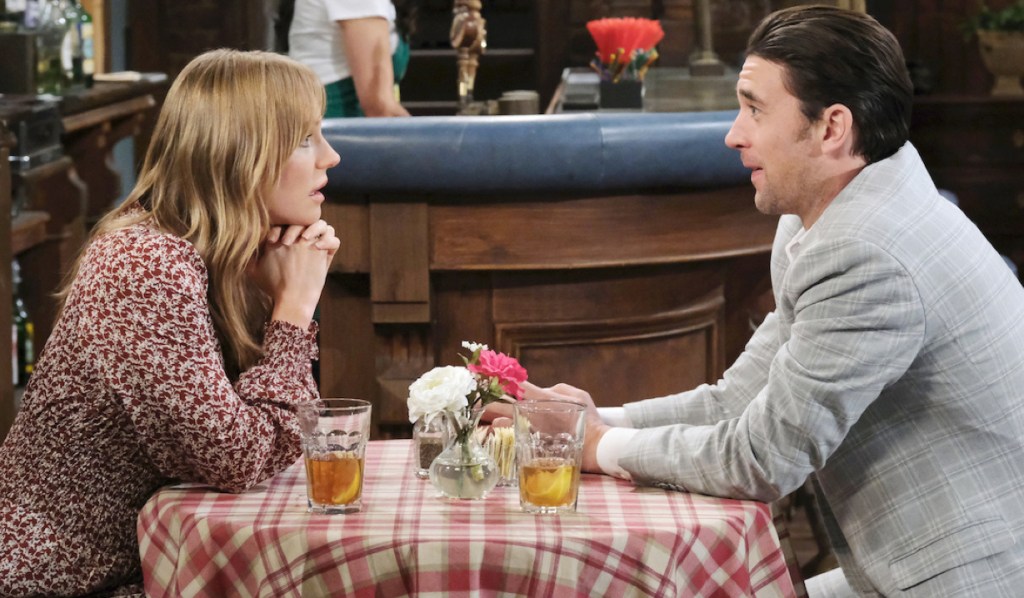 Next on Days of Our Lives: Belle and EJ have a supporter, while Ciara makes a request of Rafe.

Relive Xander and Sarah’s long road to their latest reunion in our photo gallery below. 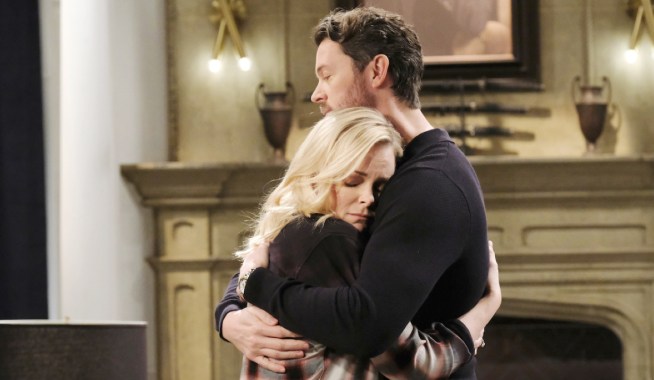 EJ Consoles Belle After a Run-In With Shawn and Jan, While Leo's Revenge Brings [Spoiler] Home

After a Run-In With Eric, Nicole Suggests She and Rafe Fast-Track the Wedding — Plus, Ben Sparks an Idea In Jan 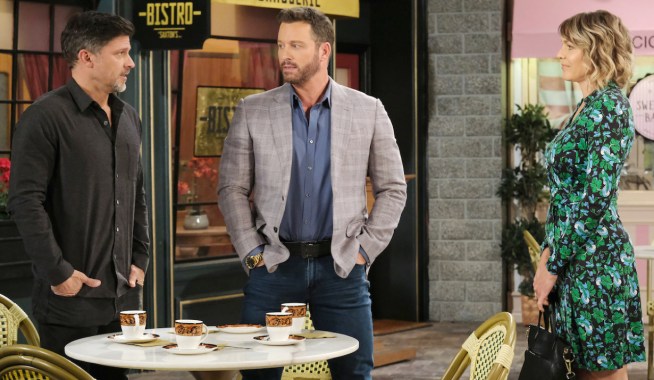