Abe and Eli Put the Pieces Together About TR’s Death, While a Desperate Xander Turns To An Unlikely Source For Help

Wednesday, May 18, 2022: Today on Days of Our Lives, Abe and Eli compare notes, Lani wants to confess, and Xander scrambles to keep the truth from Sarah. 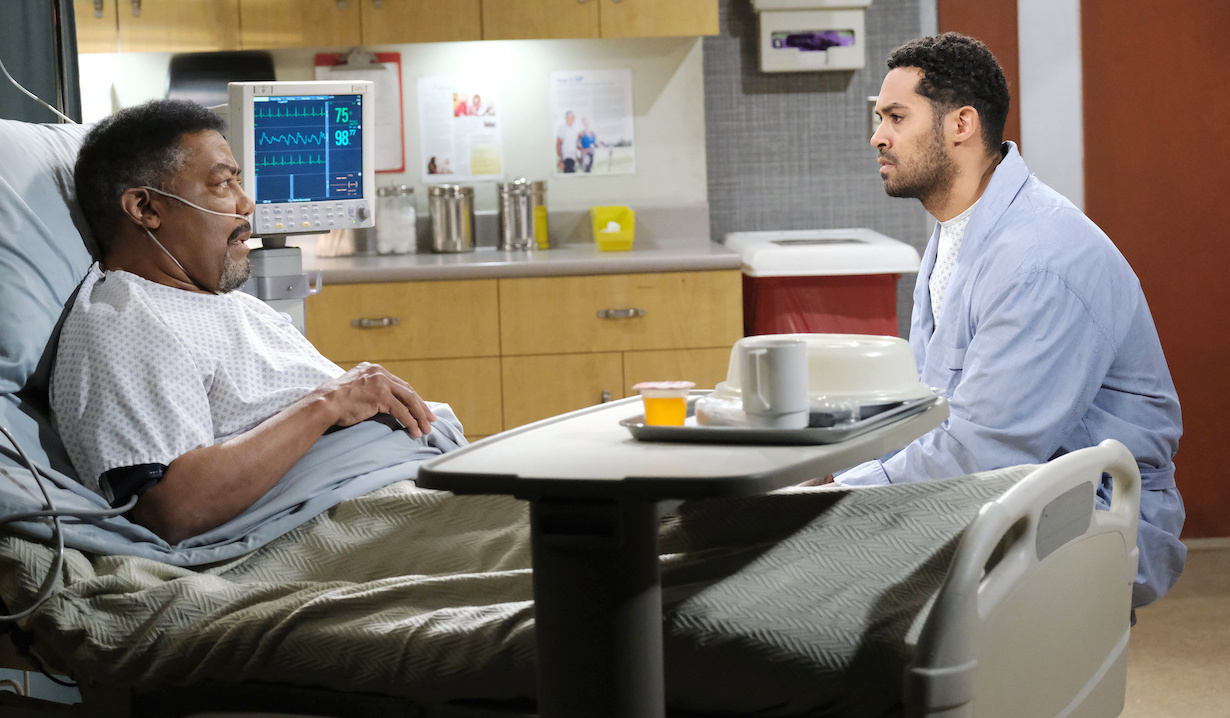 Lani sleeps in a chair in Eli’s hospital room and has a nightmare about TR. She jolts awake to a concerned Eli. He asks what really happened when TR was shot. She reminds him this isn’t his case and he needs to focus on getting out of that bed and back into theirs. When Eli expresses concern for Paulina, Lani says she’s worried too and needs to go see her. They express their love and she leaves a pensive-looking Eli.

In Abe’s hospital room, he recalls hearing Paulina says, “What have you done?” Steve visits and updates him on his son coming back from the dead. When they move on to discussing TR, Steve wonders how Paulina got her hands on a service weapon.

More: Emily O’Brien shares photos from ‘wedding of the year’

Eli comes to see Abe, prompting Steve to return to Tripp. Abe shocks his son-in-law with the detail of Paulina using Lani’s gun to shoot TR. Eli notes the only thing Lani told him was that Paulina said she shot TR. Why would she put it that way when she witnessed it? Abe again recalls hearing the words, “What have you done?” He thinks maybe he heard Paulina talking to Lani. Eli says, “Do you think Lani shot TR?”

In the interrogation room, Paulina sits handcuffed to a chair. She has flashes of TR. Rafe enters with coffee and questions. After waiving her right to an attorney, Rafe asks how Lani’s service weapon ended up in her hands. She lies that after Lani arrived, she holstered her gun to arrest TR, but Paulina grabbed it and shot him right through his heart. Rafe points out TR wasn’t a threat in that moment. Did something happen? Did Lani do something? Paulina blurts, “Lani did nothing wrong!” She says she just lost it and shot TR, who deserved it.

More: Co-stars react to Lucas Adams as the devil 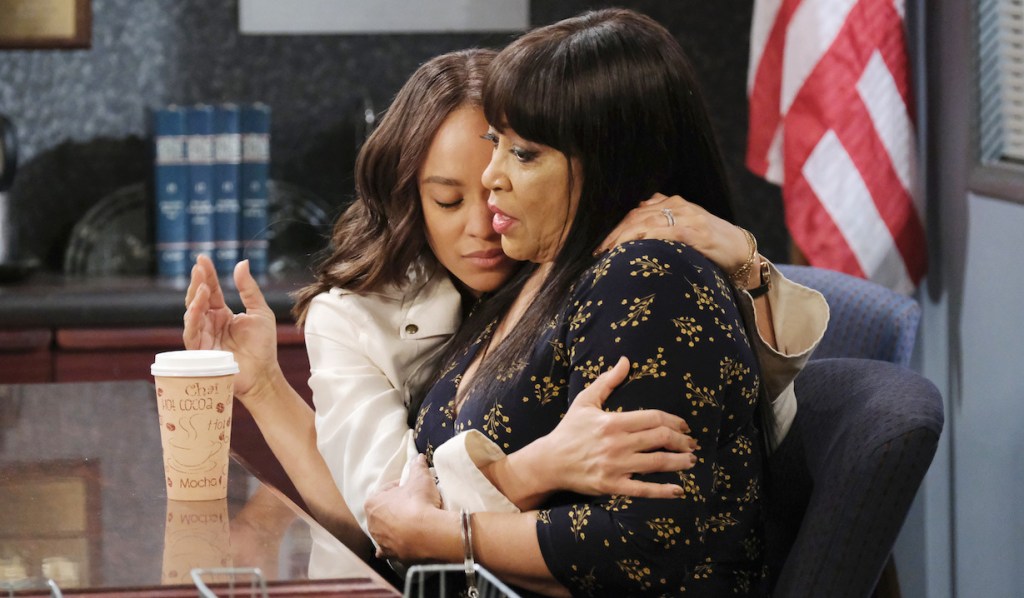 After Rafe leaves, Lani comes to see her mother. She knows she’s the one who should be sitting there. Paulina assures her daughter she knows what she’s doing. Lani just needs to stick to the story, which now includes Paulina grabbing her gun out of the holster. Paulina won’t let Lani lose her job or her freedom for that man. Lani points out Paulina could go to prison too, but Paulina thinks she can use PTSD as a defense. As she recalls horror stories about TR, she beats berates herself for letting him back into their lives. She won’t let him hurt her baby girl. Not anymore. Lani wraps her arms around her. Paulina knows the family can get along without her just fine, but the babies need Lani, so she needs to let her do this.

At home, Nicole talks to Chloe on the phone. She says she’s taking the day off to spoil Rafe, who’s been super busy lately. “Finally,” she says as she opens the door. “I’ve been waiting all night to make love to you.” Eric stands on the other side of it. After some awkwardness, he says he’s there to see Allie, but she’s out with Lucas. Eric relays that he’s leaving town. Nicole wonders if he’s leaving because of her. He assures her he’s not. They agree their love made them both better people. She pulls him in for a hug, as Rafe shows up.

After Eric leaves, Rafe notes that was some hug. Nicole insists it was platonic, but Rafe points out Eric was her first love. Nicole counters that Rafe is her current love and he has no reason to be jealous. They kiss. Rafe thinks maybe being jealous is just part of being in love. Nicole agrees, but she insists she’s committed to him and only him. He suggests they take their conversation to the bedroom… or shower. She races him. 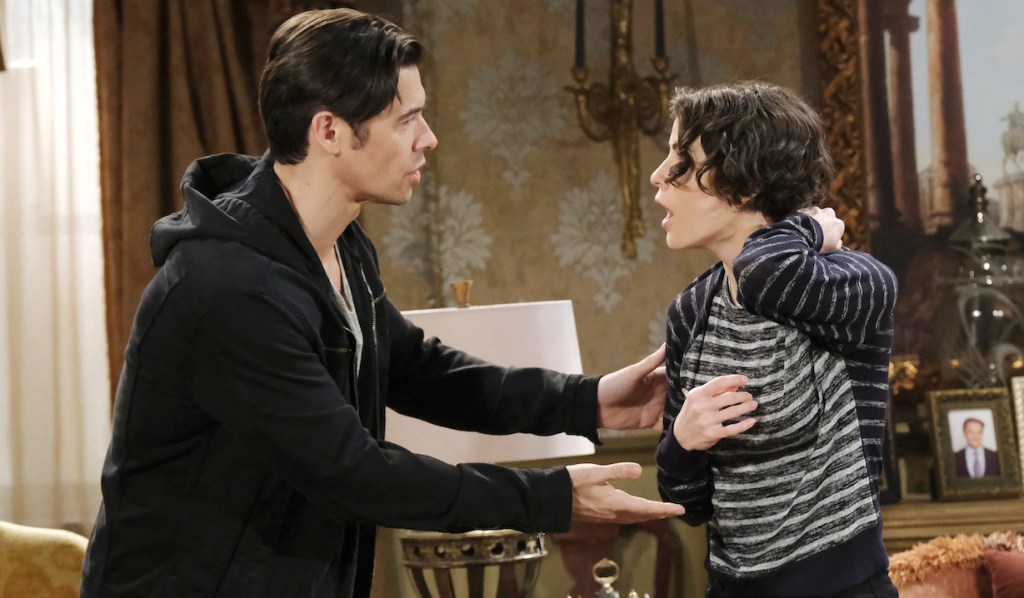 At the Kiriakis mansion, a frantic Sarah rushes into the living room to tell Maggie and Xander the baby’s room is empty. “Where could she be?” she asks. Maggie side-eyes Xander, who says Mickey is with Eric. Furious, Sarah asks for a minute alone with him. Maggie reluctantly leaves, as Sarah rants about Eric not knowing he’s the father. She wonders if something has changed. Xander says Eric does know he’s the father. Sarah wonders if Nicole was the one who told him. Xander says, yeah, actually she was. Sarah wants to confront her, but Xander stops her. He stumbles over his words as he lies they thought Mickey should be with one parent, should Sarah not return to them. He tries to distract her with news of a surprise, welcome home Scottish breakfast, and then rips her shirt so she has to go change. He promises they’ll go see Eric and Mickey later. 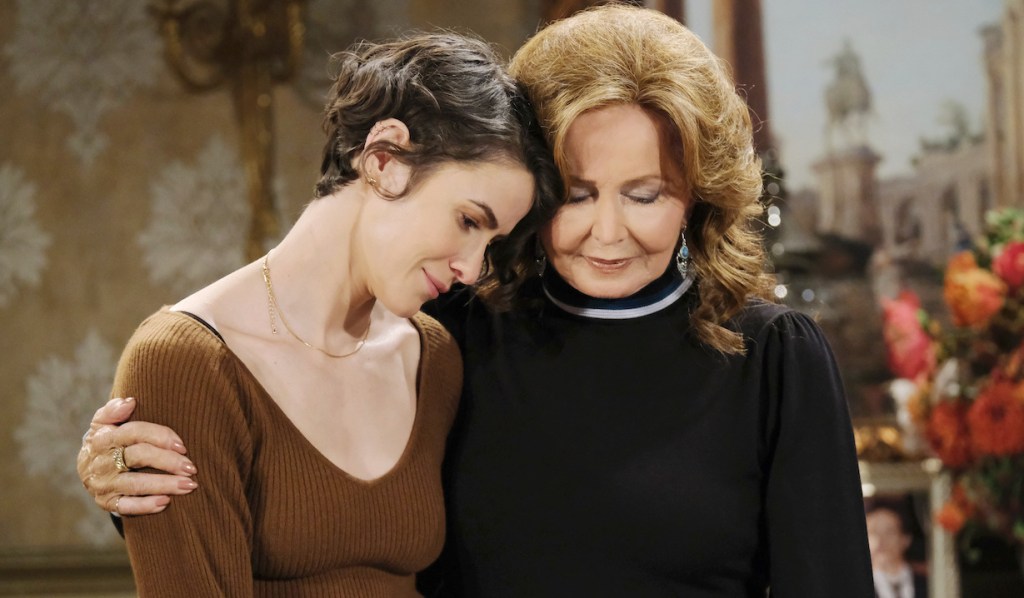 When Sarah steps away, Maggie returns to ask Xander if he told Sarah the truth about Mickey. Xander hasn’t. He fears he’ll lose her again. Maggie reminds him Sarah forgave him once, she’ll do it again. Sarah returns questioning that statement. Xander covers by saying he feels terrible, but he has a work emergency. They should enjoy the breakfast and he’ll be back soon.

Later, Nicole returns to the living room in a robe. She answers the door to Sarah who says, “I’m here to take my baby home.”

At the Pub, Xander runs into Eric. He’s desperate and really needs his help. 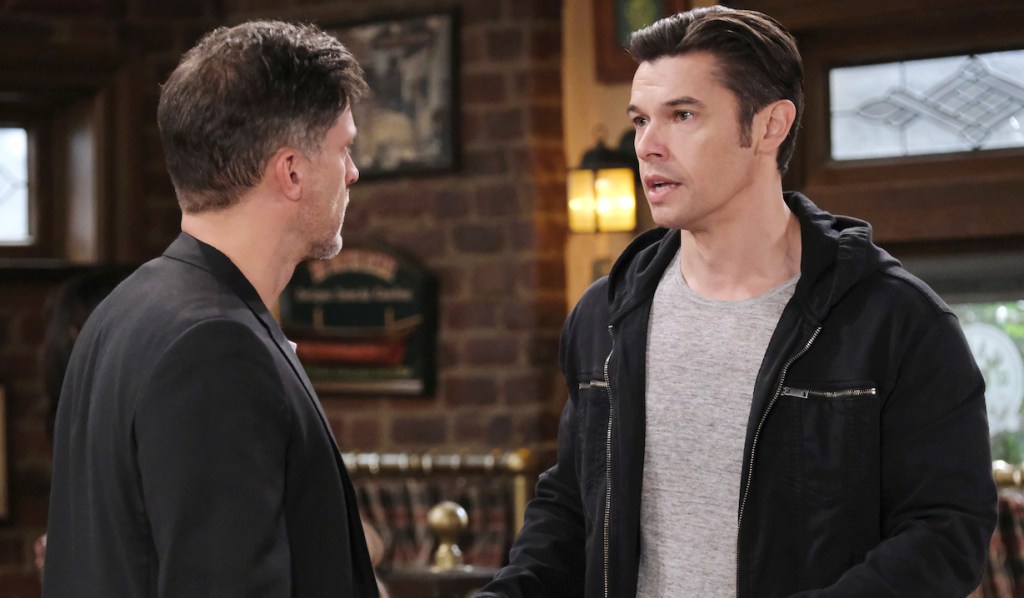 Next on Days of Our Lives: Sarah accuses Nicole, and Julie advises Abe.

Since Sarah is about to relive her past, catch up on her and Xander’s rollercoaster relationship in the photo gallery below. 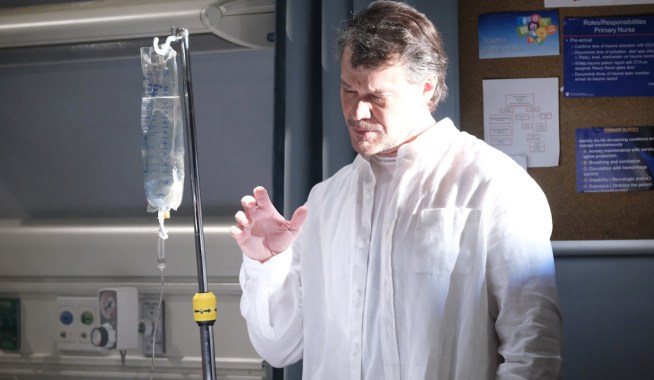 Bo Intervenes After Tripp's Declared Dead — Plus, Lucas Returns, But Kate's Not Buying His Story About Sami

Despite Xander's Frantic Efforts to Prevent it, Eric Tells Sarah a Hard Truth — Plus, Eli Asks Lani If She Shot TR 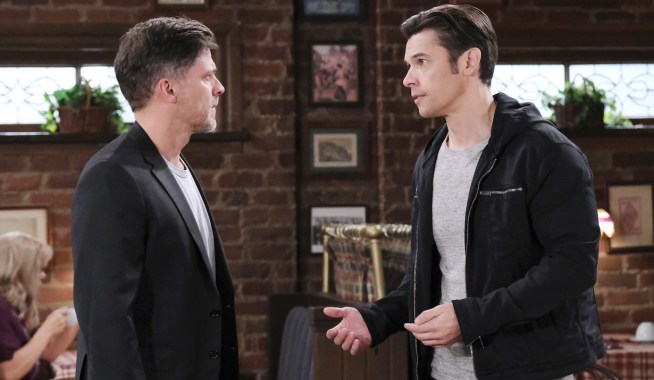