Friday May 13, 2022: Today on Days of Our Lives, Ben and Ciara fight Evan, the devil gets an assist, Allie reaches out to her family, and Tripp makes a realization. 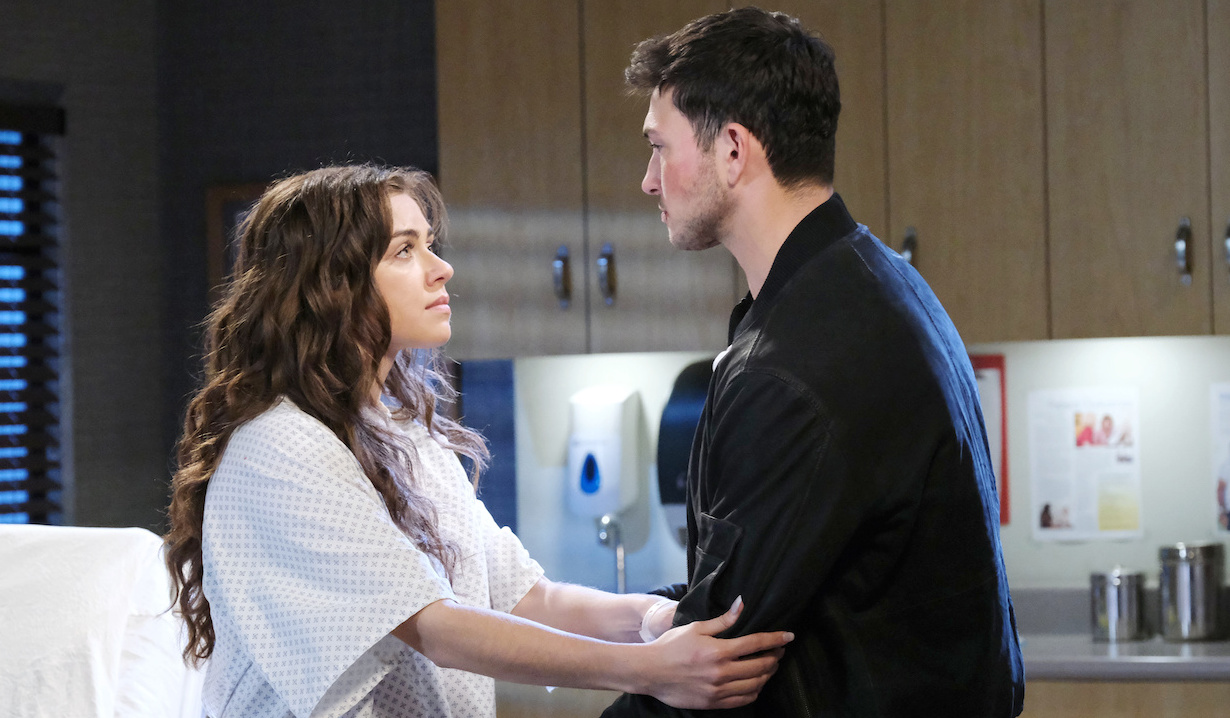 At the police station, Lani takes a few slow breaths as she recalls shooting TR. Chanel runs in, thrilled to hear Eli’s awake. However, she wonders if their mama really shot TR dead? Since it’s an open investigation, all Lani can confirm is that Paulina was arrested and is being booked right now. After talking about Allie’s and Johnny’s possession, they agree that having a sister is nice. They leave to see Eli at the hospital. 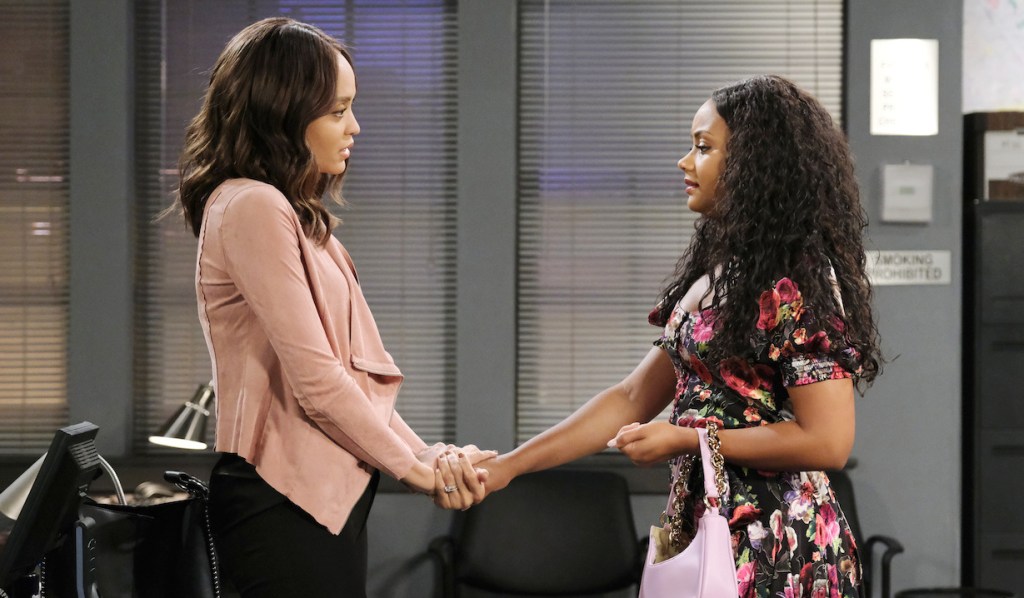 At their kitchen table, Steve expresses his doubts that Paulina was TR’s shooter. As they discuss it, Tripp returns from watching Henry. After discussing AllieDevil, Tripp expresses residual anger towards his ex. He thought he was going to have a family with Allie, but it all went to hell because Allie cheated on him with Chanel. Why couldn’t she have leveled with him before he made all those plans? Steve and Kayla wonder what would have happened had the devil never intervened. They think no matter how mad he is at her, Tripp still loves and wants to help Allie. He’s just scared that Allie is in a place now where nothing he does will make a difference. However, after everything that’s happened, he’s still in love with her. 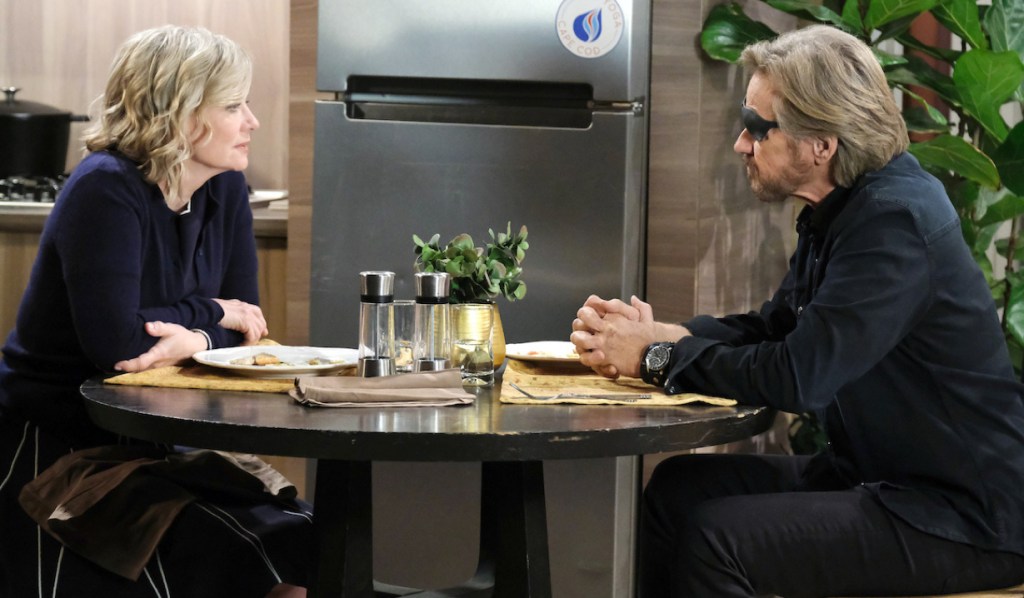 At the hospital, Shawn gets off the phone and tells Ben there’s no sign of AllieDevil. Ben declares his guys better fan out from the DiMera crypt because Anna found the pacifier there. God knows where she is now.

In her hospital room, Ciara writhes in bed, worried for her baby. She prays to her father to look after his namesake. She startles, as Evan enters. They verbally spar, which leads to them physically grappling. Evan gets the upper hand and thrusts Ciara against the wall by her neck. Ben enters and pulls Evan off his wife. The men fight, ending with Evan trapping Ben in a choke hold — until Ciara hits Evan over the head, knocking him out.

More: How far will Xander go for Sarah? 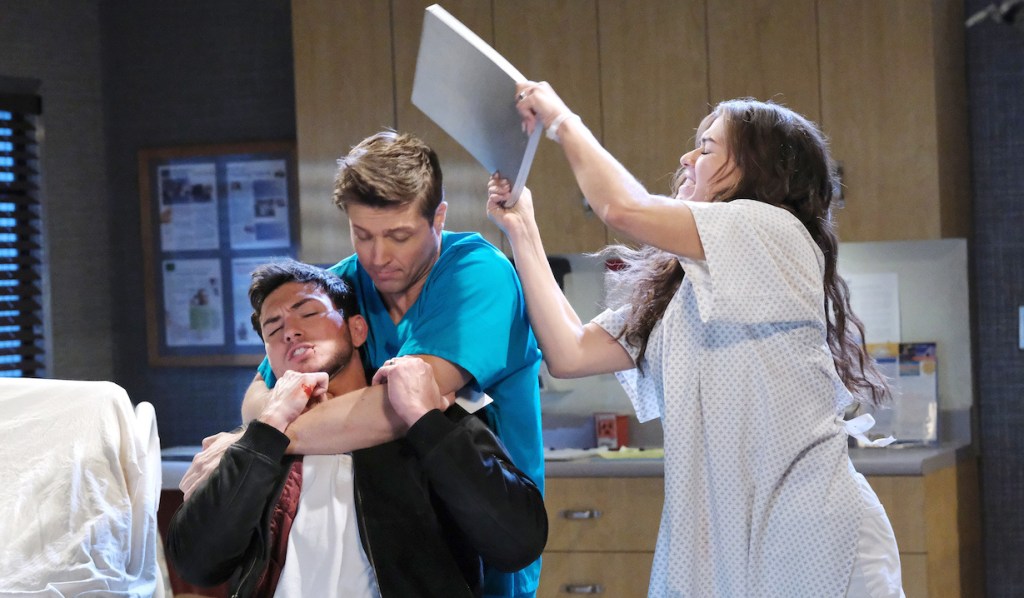 As Shawn handcuffs him, Evan gloats to Ben and Ciara that by now, the devil is the proud of owner of their son’s soul. He declares the devil isn’t going to kill their son, he’s going to be their son. Ben lunges from him, but Shawn separates them. Shawn assures Ben and Ciara they’ll find the baby, as he leads Evan out. Ciara cries in Ben’s arms.

AllieDevil brings baby Bo to the cemetery to fulfill their plans for him. The devil says they need help and resurrects Charlie from his grave. He kneels and says, “What is it you desire of me, master?” AllieDevil explains their plan to possess the baby. Then, they can make hell on earth when the baby becomes a man. As for Charlie, he will raise the boy. 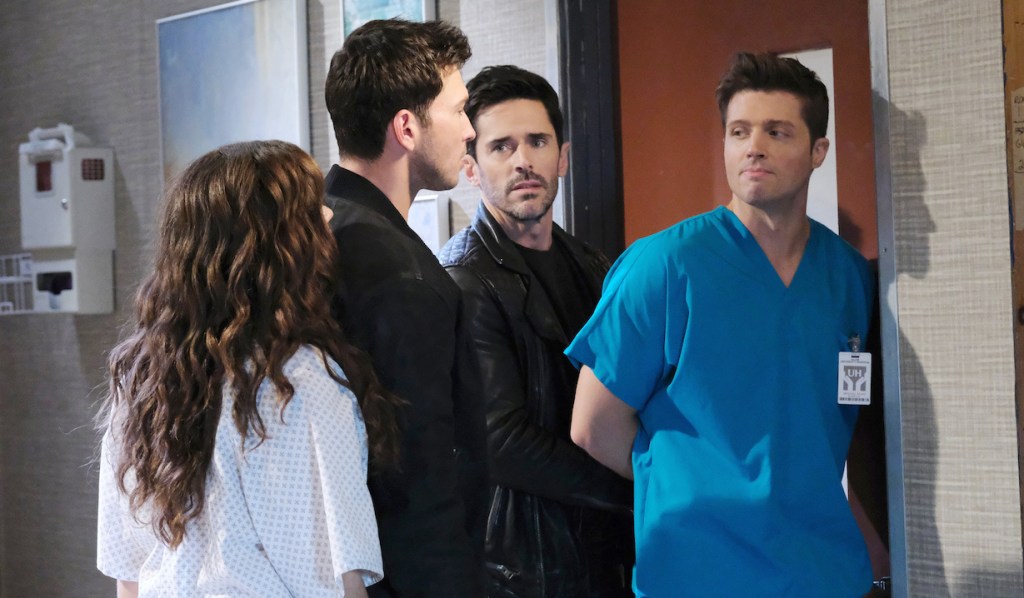 In the DiMera living room. Susan looks at a photo of Johnny and Allie. She urges her grandson to try and find their connection again. They clasp hands, close their eyes, and send their love and energy to Allie. Suddenly, they jolt back and Johnny drops the photo frame. Johnny asks what that was. Susan explains they almost reached Allie, but the devil broke their connection. She picks up the frame that is now cracked.

Marlena stops by and Susan grabs both their hands. They form a circle and Susan asks God to break the devil’s hold on Allie’s spirit. The wind whips, the doors blow open, and lights flicker. The trio jumps as they hear Allie’s voice say, “I’m here.” Marlena talks to the voice, who says the devil is too strong for her to fight. They ask where she is. Allie’s voice says they’re in the cemetery with Charlie. She urges them to come before it’s too late. Johnny leaves alone, as Marlena calls the cops. 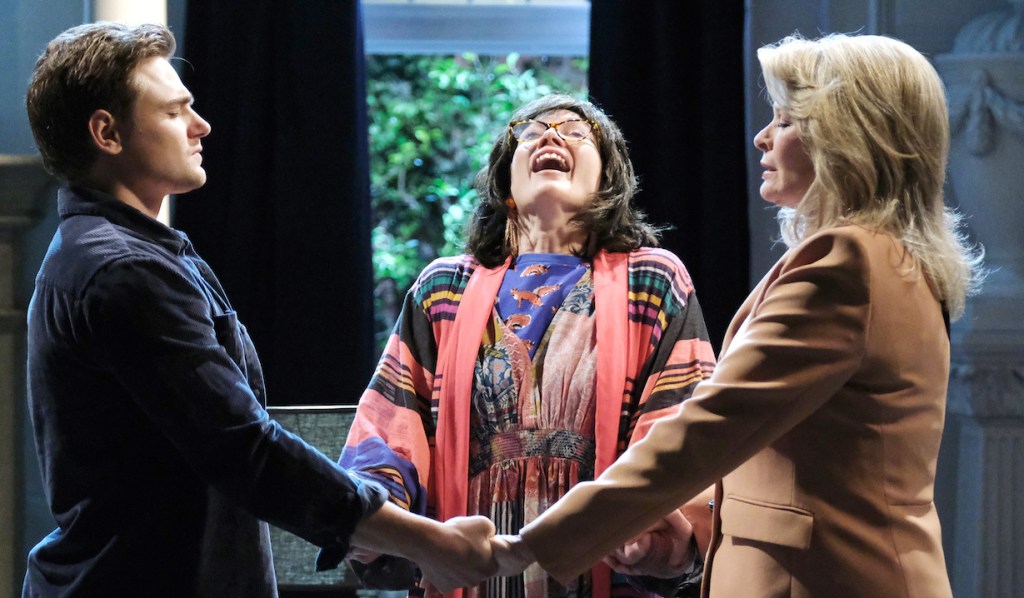 In the cemetery, the baby is placed in a basket in the center of a pentagram. AllieDevil instructs Charlie to keep a vigil so the ritual isn’t disturbed by mortals. If they appear, it’s the perfect place to bury them where they stand.

As AllieDevil begins the ritual, Johnny shows up. He shouts out to Allie, but AllieDevil just rolls their eyes. Charlie steps up to Johnny, who knows he’s the pig who raped his sister. Charlie knocks Johnny out.

More: Spoiler alert! *This* is how the devil story ends

At the hospital, Ben finds his phone and sees missed calls from Marlena. He calls and learns AllieDevil is with Bo at the cemetery. Ciara gets dressed to go with Ben.

AllieDevil returns to the ritual in the pentagram until Ben and Ciara race up. Ciara orders, “You get the hell away from my son.”

Next on Days of Our Lives: the final battle against the devil rage, and Shawn and Belle are drawn closer.

See if you agree with our list of the 35 actors needed back in daytime — like, right now — in the photo gallery below. 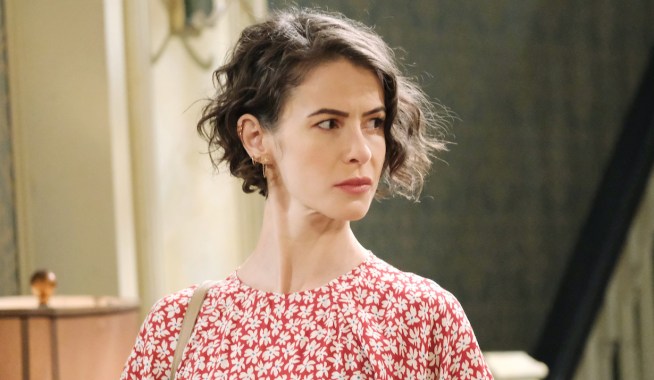 After Saying Goodbye to Xander, Gwen Makes a Major Decision About Her Future — Plus, Sarah Has a Startling Request

Tripp Sacrifices Himself For Allie — Plus, Ciara Gets a Heavenly Assist While Battling the Devil For Her Son 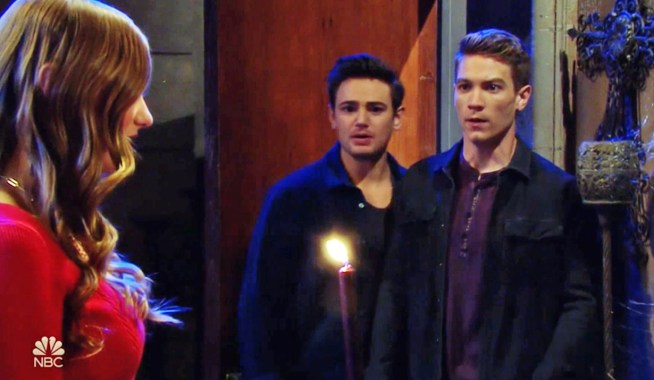