After Saying Goodbye to Xander, Gwen Makes a Major Decision About Her Future — Plus, Sarah Has a Startling Request

Thursday, May 12, 2022: Today on Days of Our Lives, Gwen chooses between Ava's and Jack's help, Maggie and Xander are thrown for a loop, and Anna stumbles upon a clue. 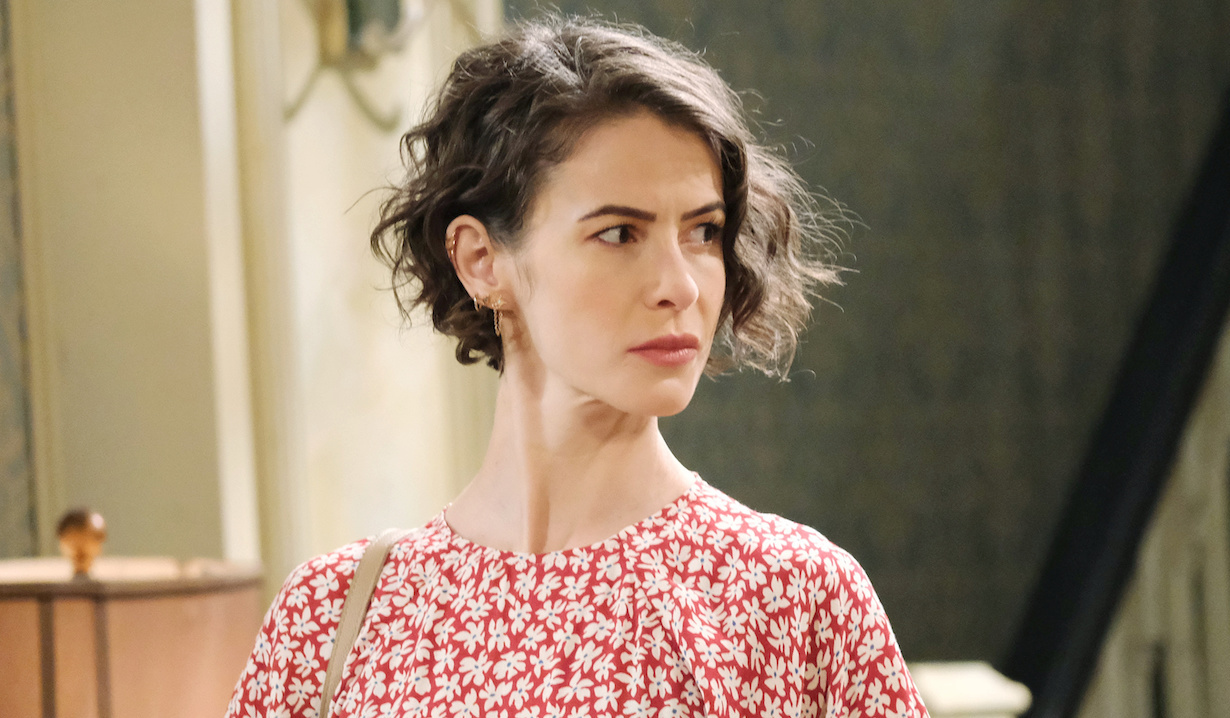 Tony catches Anna sneaking out of the DiMera mansion with a suitcase. He wonders where she’s going. She says she’s running some of her clothes to the community center, but Tony knows she’s trying to skip bail. With her trial starting soon, Anna doesn’t think she has a choice. “I’m going on the lam,” she says, “and there’s nothing you can do to stop me.”

In the interrogation room, Ava assures Gwen there’s no catch. She wants to help bust her out of there to make up for giving her up to the cops. Gwen refuses her, but Ava doesn’t think she has any other options. She leaves her number to a burner phone, but warns the clock’s ticking. 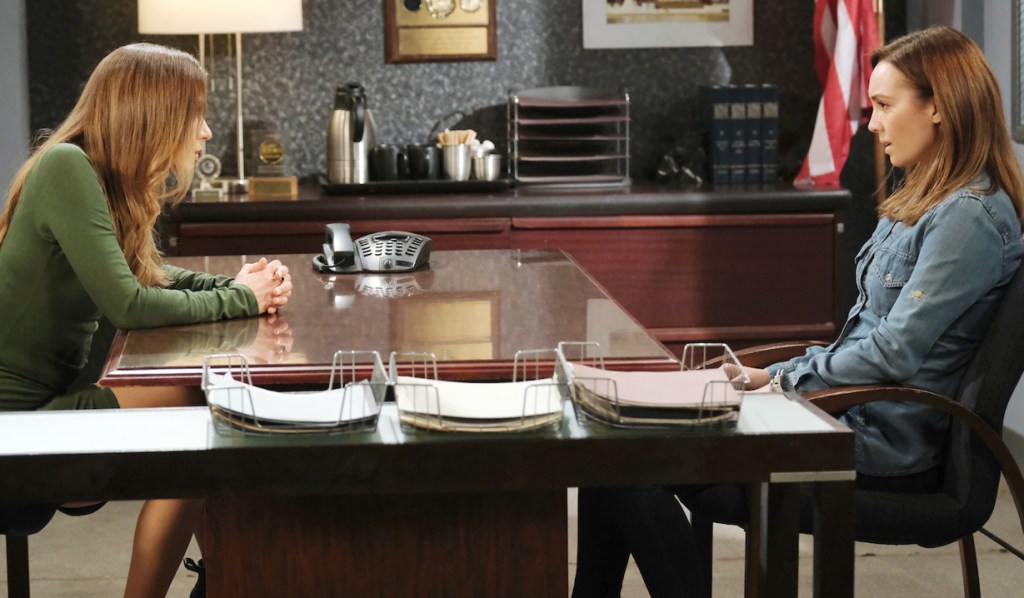 After Ava has left, Jack walks in. He’s angry and appalled over what Gwen’s done, but he knows she’s had a lot of pain in her life. She’s his daughter and is part of him. He believes she has it in her to do the right thing. So, he asked Justin to represent her. He thinks he can get her five years if she pleads to lesser charges. Considering what she’s done, it’s a gift. He tells her to call Justin if she decides to accept, but she shouldn’t wait too long. They’re both in tears by the time Jack leaves.

At the hospital, Sarah’s voice is back to normal and she knows who Maggie and Xander are. However, she wonders why they are looking at her so strangely. Xander says they’re just so happy it worked and grabs her in an embrace. Sarah wonders why she’s in the hospital. Xander explains she was drugged and they gave her an antidote, but that’s a story for another time. 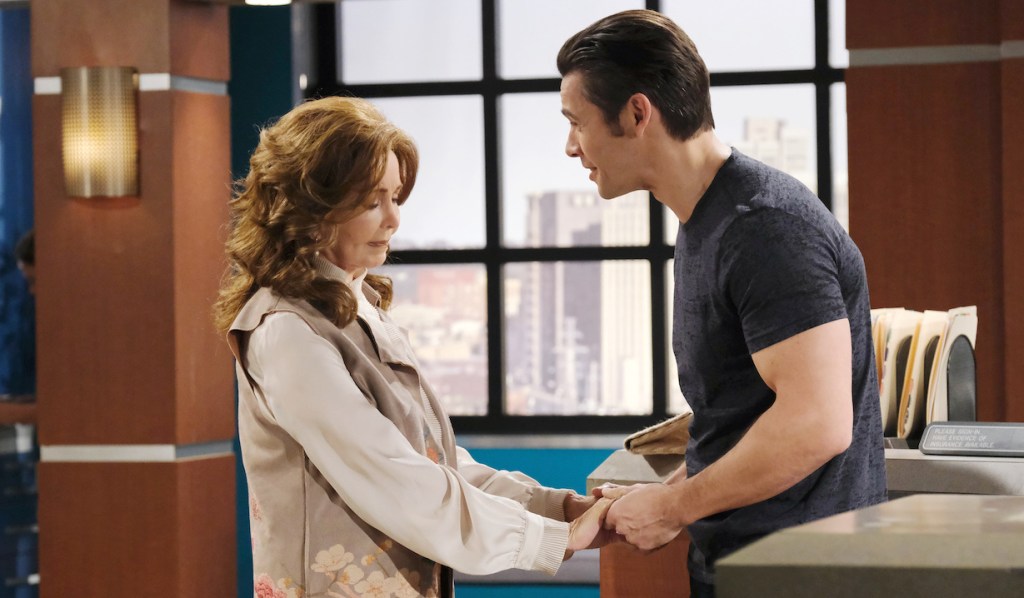 In the lobby, Maggie apologizes to Xander for not listening sooner about the antidote. He says all that matters is that Sarah is back. Since Kayla is with Sarah, Maggie runs out to take care of something.

At the mansion, Anna tells Tony she will always love him, but she has to go now. She opens the door to Maggie who says she’s decided to drop the charges against her. She knows the antidote would have worked had Gwen not switched it out. So, what she did wasn’t reckless. Overcome with emotion, Anna expresses how grateful she is. 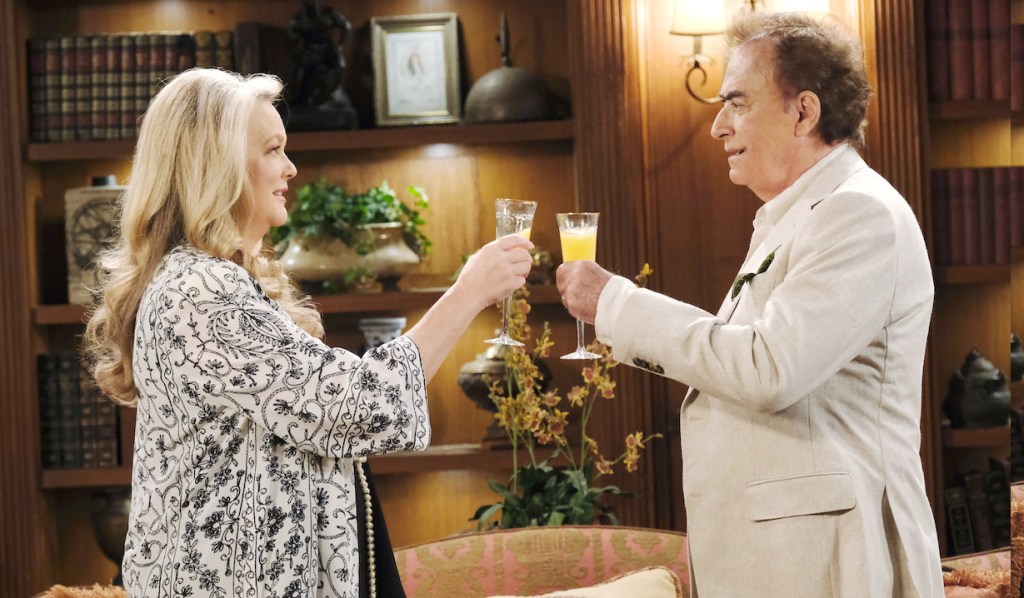 Later, Anna and Tony toast to her freedom. She apologizes for her jealousy getting the better of her. She knows he was just trying to help Sarah when she thought she was Renee. When Tony points out he once loved Renee, Anna offers to pay their respects to her at the crypt.

In the crypt, Anna finds a pacifier. They assume AllieDevil must have brought the baby there. Tony wonders, where are they now?

When Xander returns to Sarah’s room, Kayla relays that Sarah appears to be just fine. Kayla and Xander then fill her in on the drug Kristen injected her with. Sarah asks if she can be released, but Kayla wants to do more scans first. After Kayla leaves, Xander leaps to Sarah’s side and tells her how much he missed her. She pulls him in for a kiss. He’s been wishing for this ever since she left him. He can’t wait to take her home. But first, Kayla returns to take Sarah to radiology.

Maggie returns to Sarah after Xander texts her. While he’s gone, Sarah asks about her pigtails. Maggie explains she’s been gone a long time and helps her cut it. Maggie expresses how fearful she was of losing her and they hug.

Xander visits Gwen in the interrogation room. He tells her the antidote worked and she tells him about Justin’s offer. He asks if she’s going to take it. She looks at Ava’s number in her hand and says she doesn’t know. But, since this is the probably the last time they’ll see each other, there’s something she’d like to say. She declares he’s the only one who truly ever got her and was there for her. But she blew it all to hell by trying to keep him from the woman he truly loved. She knows it was wrong and she will always regret it. However, he made her realize she was worthy of love and is capable of loving someone else. She takes off her engagement ring and slides it across the table to him. She wishes happiness for him and Sarah. Xander thanks her and they say goodbye. After he leaves, Gwen dissolves into tears.

After composing herself, Gwen calls Ava and thanks her for the offer. It helped clarify things for her, but it’s a no. For the first time in her life, she’s taking responsibility for what she’s done. She has a chance to make things right, which could lead to her having a family again. A fresh start. Ava wishes her luck.

Xander returns to the hospital and tells a freshly coiffed Sarah how beautiful she looks. He asks if she’d like something to eat. Sarah’s not hungry, but there’s one thing she’d desperately like — to see her baby.

Next on Days of Our Lives: AllieDevil needs help from a familiar face, and Evan attacks.

Relive Abigail’s harrowing Days of Our Lives journey in our photo gallery below. 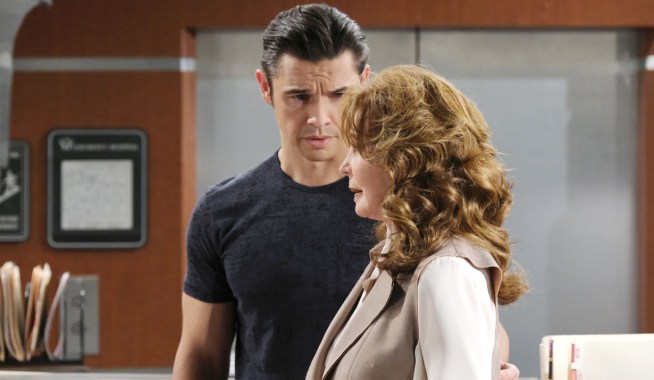 Maggie Agrees to Give a Deteriorating Sarah the Antidote — Plus, Ava Comes to Gwen With a Plan 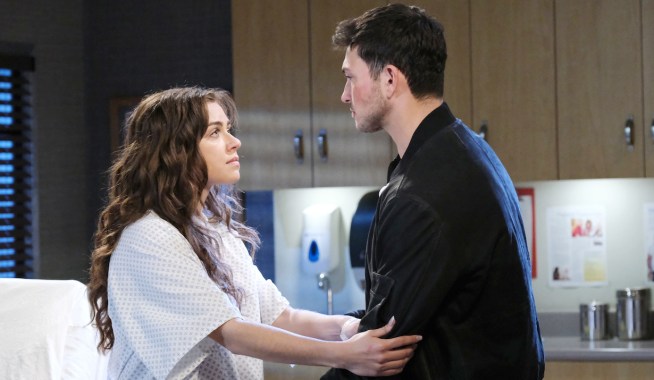