A Worried Ciara Searches For Her Husband, as AllieDevil Enlists a Familiar Face to Get Revenge on Ben

Wednesday, April 27, 2022: Today on Days of Our Lives, AllieDevil changes tactics, Belle faces another blow, and Ciara searches for Ben. 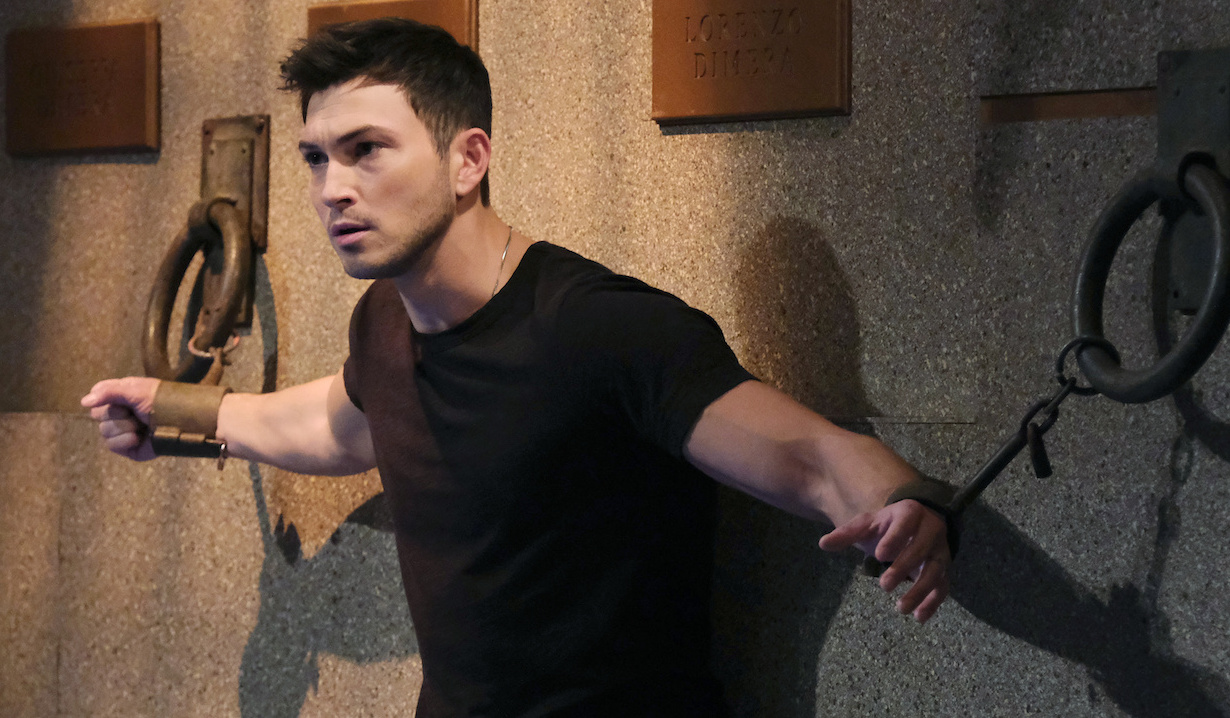 In the morning, Chanel walks out to the living room groaning. She puts her hand to her head as she flashes back to getting drunk with Tripp, who knocks on the door. He brought her a hangover cure, which is an electrolyte drink infused with fruits and vegetables. She turns her nose up at it, but he assures her she’ll feel like a new person. After she finishes it, he apologizes for the previous night. He says if they did have sex, it would have been for all the wrong reasons. Chanel, in turn, apologizes for sleeping with his girlfriend. She was just so hurt over Johnny, she didn’t think about Tripp at all. She’s so sorry. Tripp points out Allie is the one who cheated on him, but thanks her for saying that. Later, a recovering Chanel heads out with Tripp for a bite to eat. 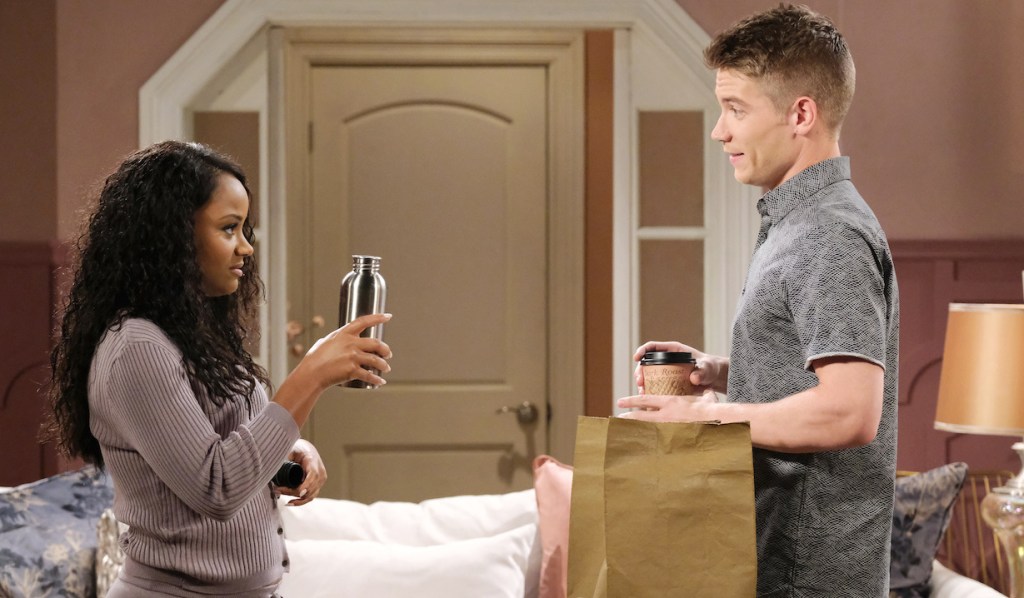 In the crypt, AllieDevil uses a passed-out Ben’s hand to write a letter. After taunting Johnny about Chanel and Tripp, the devil saunters out. Johnny yells at Ben, who jolts awake. Johnny fills Ben in on the devil possessing him and then Allie. He adds that the devil is after what he’s always wanted. A frantic Ben says, “Ciara… and our baby.” Ben desperately tries to break free of the chains, but Johnny tells him it’s no use. Ben worries Ciara will think he got cold feet about being a dad and yanks at the chains. He starts screaming for help, but Johnny reiterates that he’s wasting his time. Ben asks if he has a better idea. Johnny joins him in screaming. The crypt door bursts open. Johnny says, “Somebody’s outside. We’re saved!”

More: Kristian Alfonso gets ‘chills’ from Beyond Salem story 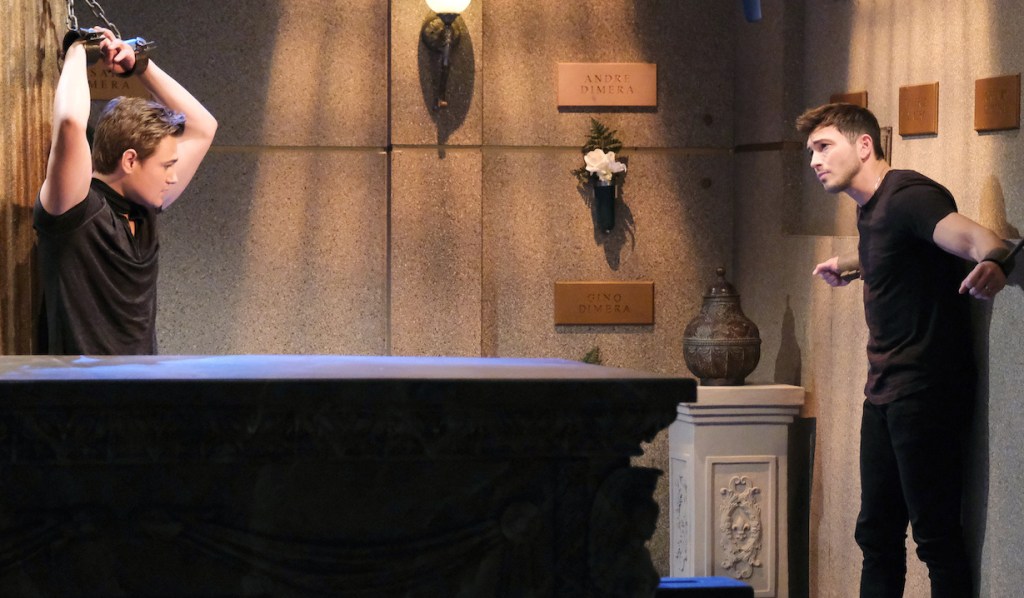 At home, Ciara walks around in her pajamas looking for Ben. She spots the coffee mugs and recalls their evening with “Allie,” who drops by with breakfast. Ciara thanks her, but notes Ben’s not there. She calls Ben, but gets his voicemail. “Allie” pretends to find a note from Ben that says he woke up early and didn’t want to wake her. “Allie” then pulls out a tuxedo onesie Henry used to wear. She even has more clothes to pass on. Ciara thanks her, but she’s still worried about Ben. She decides to go to the garage and check on him. When she heads to her room to get changed, AllieDevil realizes she’ll have to do something a little more drastic.

Eric leaves the Pub and bumps into Belle. He’s sorry he wasn’t there for her when she was possessed. She recounts the horrible things she did, but she can’t remember them. However, unlike Marlena, she didn’t lose any lapses in time. Eric says all that matters now is that she’s safe and she can move on. Belle says it’s not that easy. They talk about Jan and the baby, and Belle wonders how her marriage will survive this. Eric thinks she has every right to be angry at Shawn for not telling her what happened, but he doesn’t want her to lose her marriage like he did with Nicole. He advises her to stop avoiding Shawn and work it out. Belle decides to go to John and Marlena’s, get her stuff, and go home.

As Eric busses a table inside the Pub, Ciara walks in. She welcomes him home and then asks for Clyde, because she just went to the garage and Ben’s nowhere to be found.

AllieDevil meets with Evan Frears in the prison visitor’s room, but he doesn’t know who she is. She asks him, “How would you like to get revenge on Ben Weston?” He responds, “Okay. Now you have my attention.” 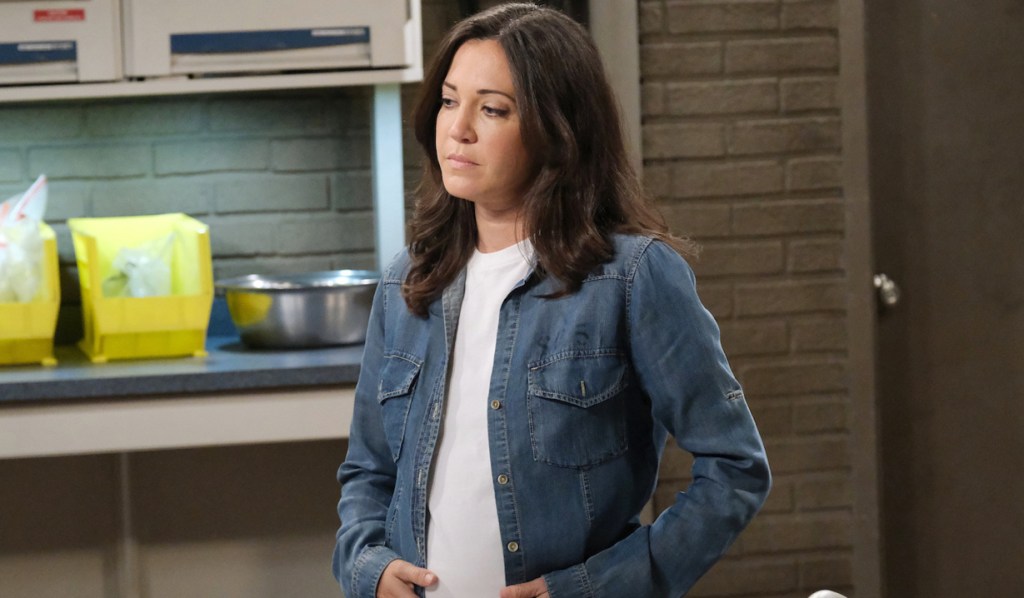 In the prison infirmary, Shawn scoffs at Jan’s suggestion that she stay with him under house arrest. He thinks she’s exactly where she belongs. She counters that staying on bed rest isn’t possible in prison. Not to mention, she’s not the most well-liked prisoner there. She doesn’t think she’ll be safe. Jan knows Shawn wouldn’t want any harm to come to their child. And now that she’s going to be a mother, something has switched. She feels like she has purpose and she wants to do everything she can to protect the baby. She couldn’t live with herself if something happened to and urges Shawn to talk to the warden.

After Shawn talks with the warden, he tells Jan she has temporarily been released into his custody due to overcrowding. Jan leaps into his arms. He secures a monitor around her ankle and informs her that Belle is staying with her mom. Jan says she’s genuinely sorry, but grins over it just being the three of them. She rubs her belly.

Belle happily comes home to Shawn, but her smile fades when Jan reveals herself. Belle asks her husband what she’s doing there. Jan says, “Haven’t you heard? I’m moving in.”

More: The soaps should take a cue from Netflix love story 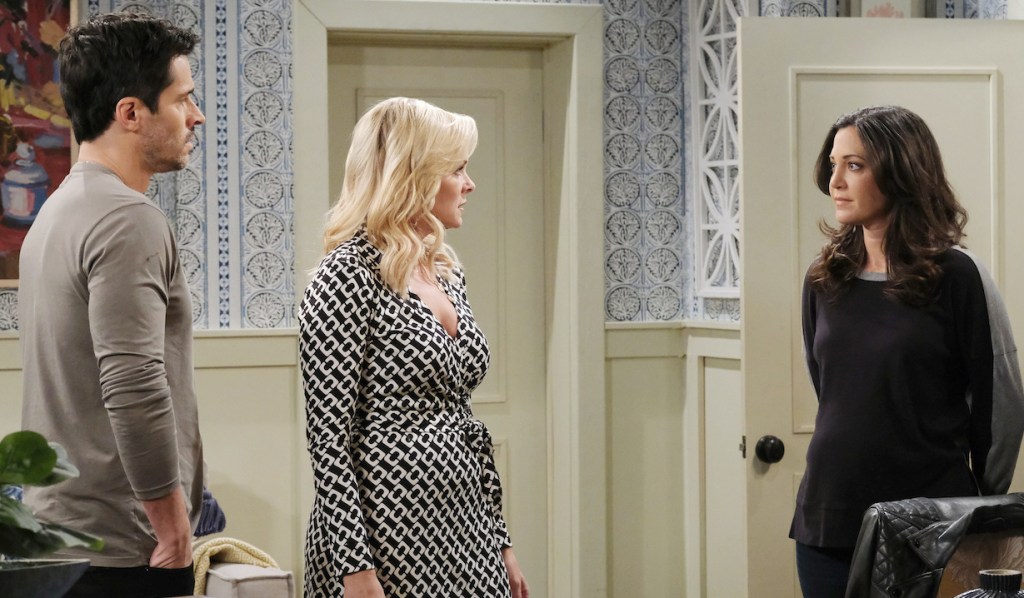 Next on Days of Our Lives: Ciara gets a shock, while Susan comes to EJ with a premonition.

Jan is just one in a long line of soap opera baddies. Check out our photo gallery of daytime’s all-time best villains, ranked. 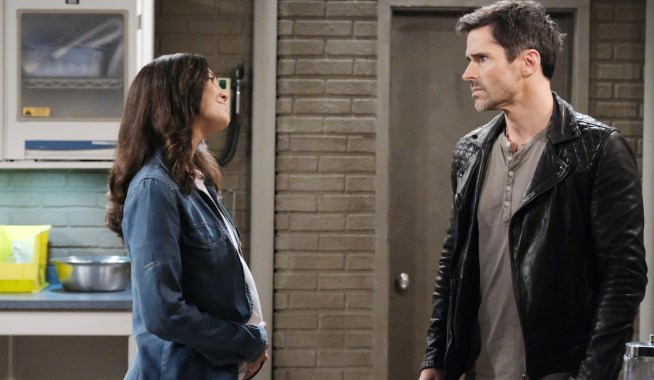 Andre's Deal With Ben Has Dire Consequences, While Evan's Visit to Ciara Turns 'Deadly' For [Spoiler] 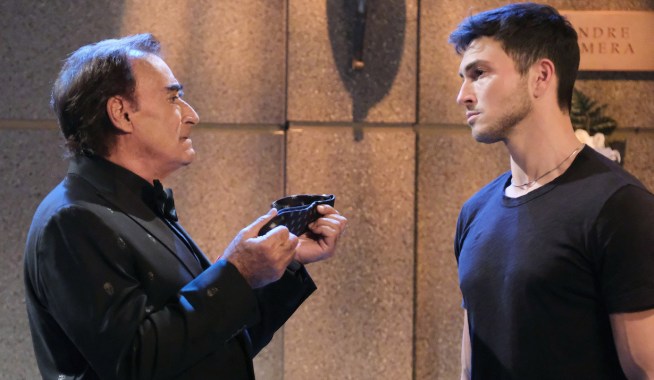