As John and Paulina Comfort Belle and Chanel, AllieDevil Creepily Reveals That Ben and Ciara Are Having a [Spoilers] 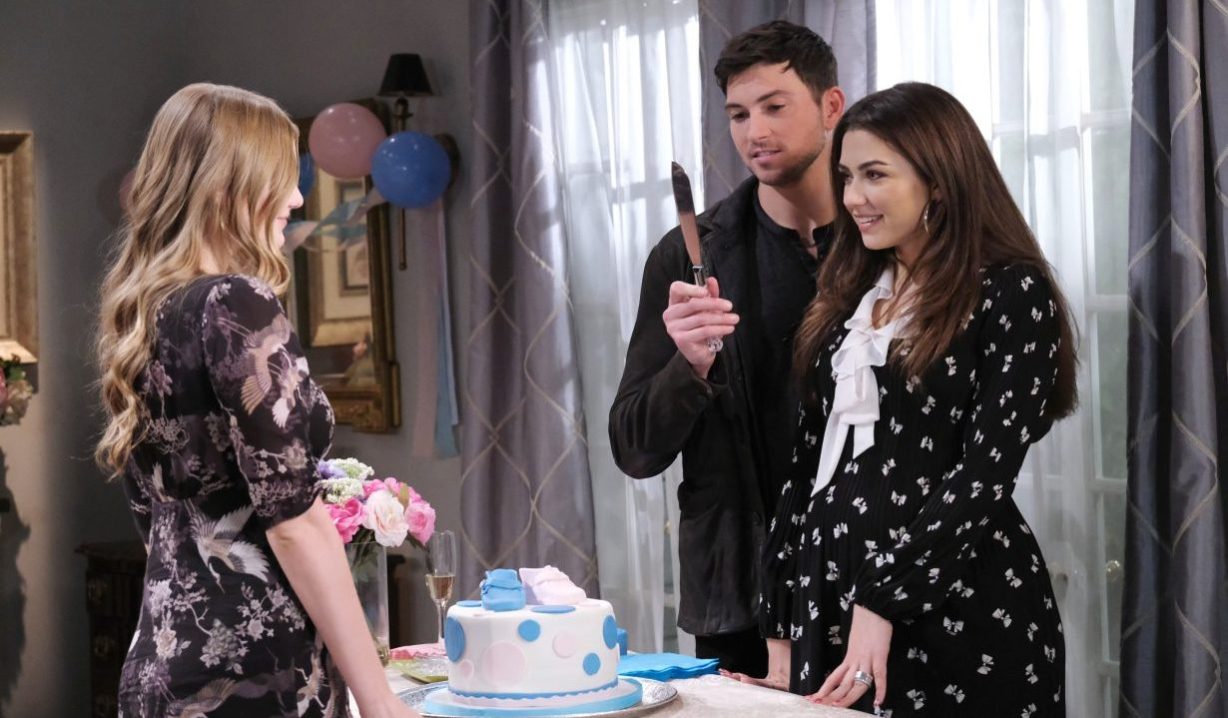 As we get into Salem, Marlena leaves Belle a voice mail checking in on her. Ben stops in with a last-minute invite to his and Ciara’s gender reveal party. She’s the reason they are having this baby and he really wants her to be there. Marlena asks how he’s feeling about the baby and assures him his worries are a natural part of parenthood. But he says he’s got other worries, like Clyde staying with them. He’s been on his best behavior, but Ben isn’t sure if he’s going to be comfortable with his dad spending time with his kid.

More: Will Gabi be the one to take Ava down?

Over at the Horton House, Shawn arrives early for the party alone and reveals to Doug and Julie that he’s not sure if Belle will be attending. Julie’s incredulous to find out that Shawn slept with Jan, but once he explains what happened with the Devil, she understands. “This is what Satan does for his pleasure. He turns us against the people we love most in the world.” 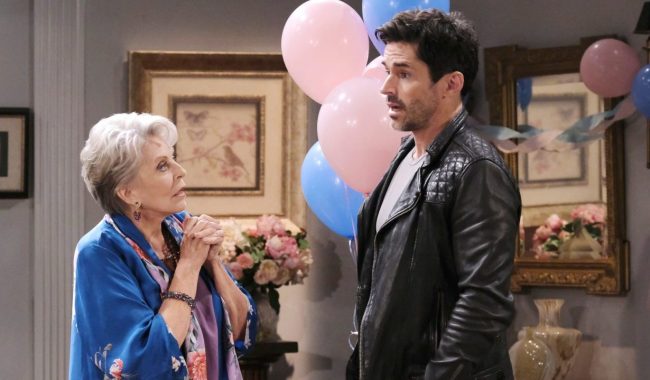 At John’s place, he checks in via phone with Steve on how his stakeout is going. Belle drops by and John is shocked to find his daughter drunk. She laughs the devil made her do it. John forces Belle to drink some water and then asks her to tell him what’s going on. She tells him that Jan is pregnant with Shawn’s baby. He’s dumbfounded. “Just when I’m starting to let myself think the devil can’t hurt my family anymore.”

John can’t understand why Shawn didn’t tell her, but what difference does it make when she found out? Hiding here won’t solve anything. Is Belle ready to give up on her marriage? John reiterates that he and Belle’s mom have faced so many obstacles and come through them together, and he’s sure she and Shawn will too. Belle points out a baby is involved. He asserts Shawn doesn’t love Jan, and they will survive this. Love always prevails over evil. 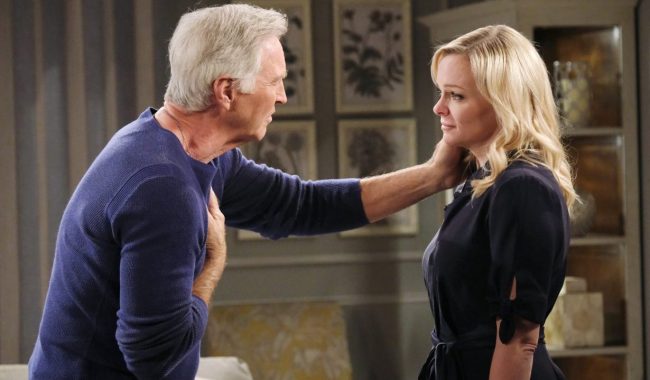 Across town, Paulina can see something has Chanel upset. Chanel tells her mom that Allie broke up with her of the blue after a visit with Johnny. Paulina calls for a taxi, planning to give Allie a piece of her mind. Chanel grabs the phone and cancels the cab. She can’t have her mom fighting her battles. Paulina declares that “You can not let Allie get away with this! Aren’t you angry?” No, Chanel, says, she’s just sad. Allie said almost exactly the same thing Johnny did. She breaks down and asks if there’s something wrong with her.

No, Paulina assures her grieving daughter, those evil twins are the only ones with something wrong with them, and Chanel can do much better. She’s going places and is better off without them. But, Chanel insists, it’s not just her girlfriend she lost, but her best friend and partner at the bakery. Paulina encourages her daughter to hold her head up high and be proud. 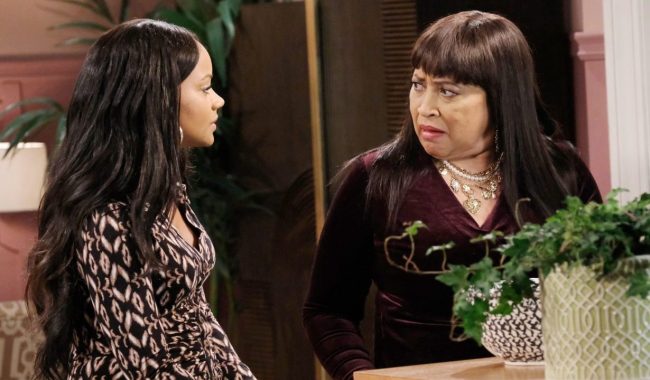 Elsewhere, Allie arrives at Ben and Ciara’s place with the gender reveal cake. Allie says when she cuts into it that it will be a moment she’ll never forget. Allie then mentions that she and Chanel needed a break. From each other. Ciara’s a bit taken aback, and then Allie says she’s quitting the bakery so she can focus on… “other interests. You have no idea how excited I am to meet your baby.” She then asks if Ciara’s been nesting, but the mom-to-be says no, because it feels like it’s tempting fate. Allie then talks to her baby and promises, “You don’t know me yet, but you will. Soon.” Ben arrives and Allie asks if they’re ready to know if they’re having a boy or girl. “It’s going to be a party for the ages.” 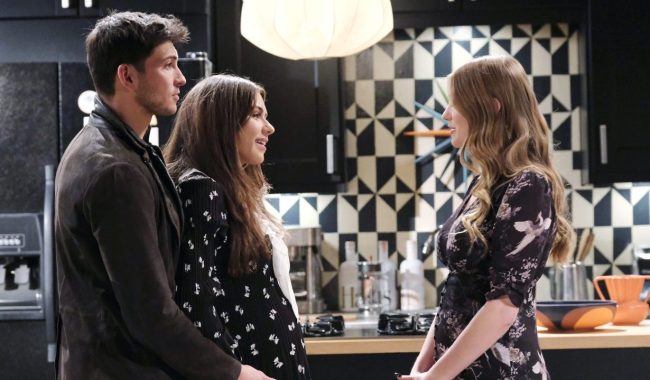 At the pub, Kayla meets up with Roman, who still can’t believe the hospital fired her. Kayla is trying to take this opportunity to do things she hasn’t done in years, such as go to a party for their niece. Clyde hears them talking about the party and asks if he could get a lift. But if there’s no room, it’s fine. He says he just wants to be there for his grandkid, and they reluctantly admit there’s room.

Back at the Horton house, Roman, Kayla and Clyde all arrive and ask where Belle is. “It’s kind of a long story,” Shawn replies. Allie then arrives with the cake, Ben and Ciara. Allie apologizes for the delay, but she ran into a problem at the bakery. When asked, she reveals she quit. However, that’s a story for another day. The cake is worth the wait.

The guests begin to mingle. Marlena talks to Shawn and offers to call Belle and see if she can convince her to come. After a call, Marlena tells Shawn that Belle isn’t feeling up to it. Roman checks in with Allie, who seems like she’s not herself. Allie assures him she’s better than she’s been in a long time.

The tension ratchets up as Doug says they never had a gender-revel party in his days, while Roman jokes he’s heard horror stories about these things involving forest fires and fireworks. Ben assures them all they’ll be having is a delicious dessert. Allie watches all. 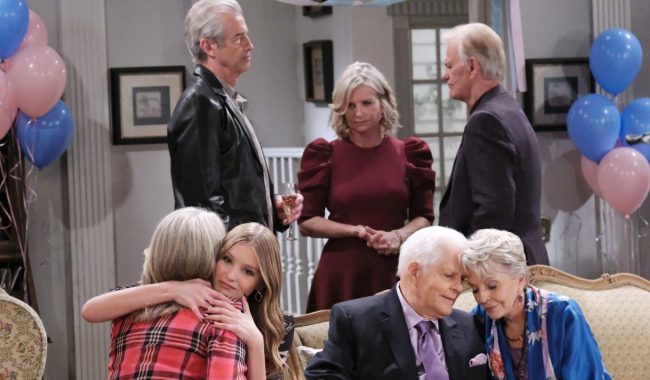 Meanwhile, Doug and Julie tell Marlena she has apologized to them enough. She saved Doug and let the devil into her again. She’s a hero. Allie agrees, says they should spend more time together and hugs Marlena. Allie then tells Doug and Julie that she made this cake extra special. The reveal will come not from the color of the cake, but the delicious filling inside. The wait will be worth it.

The time to cut into the cake comes. Allie hands them the knife, and they cut into the cake as everyone watches. Suddenly, red liquid oozes out as Julie screams, “Oh my God, it’s blood!” Allie turns her head and smiles. 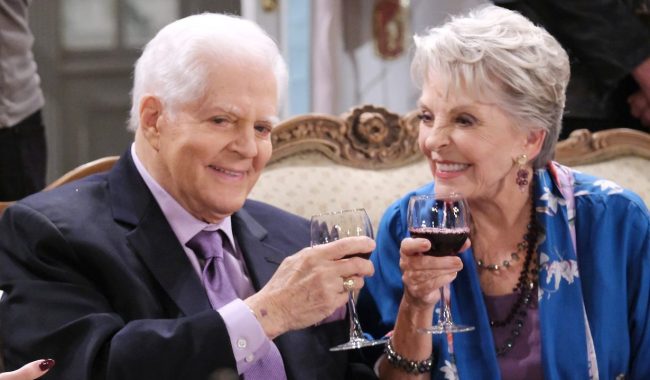 Allie asks what the problem is, sticks her finger into the cake, and licks the liquid off her finger. She says, “It’s cherry.” She then says, “Oh, I think I know what happened.” She explains this is Chanel’s fault. She filled the cake and must have grabbed the wrong tube, distracted, as she was by Allie breaking her heart.

Ciara knows Allie saw the sonogram and asks if it was supposed to be pink for a girl? Allie asks if this is how they want to find out. She could bake another cake. Ben implores her to just tell them. Allie says, “We are having a boy!” She quickly corrects herself and says, “You are having a boy.” As everyone celebrates, Allie says, “A boy, just like I’ve always wanted.”

Next on Days of Our Lives: Gwen makes a startling request of Abigail, and Chloe and Brady try to convince Nancy to slow her divorce.

On the day Another World was cancelled, check out a photo gallery of then-and-now photos of the cast. 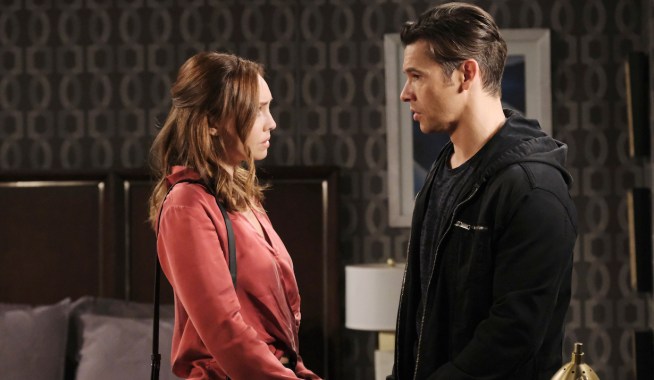 After Visiting Sarah, Xander Returns to Gwen With a Definitive Answer About Their Future

Sonny Might Have Finally Stumbled Upon the Ammunition Needed to Vanquish Leo, While Craig and Nancy Make Things Official 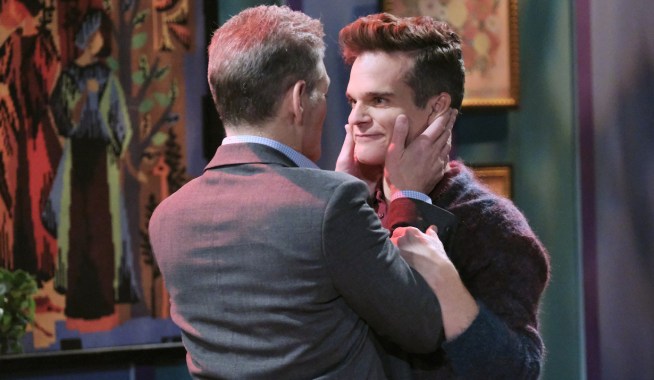