A Frustrated Anna Takes Matters Into Her Own Hands, While Xander’s Silence Speaks Volumes to an Insecure Gwen — Plus, the Devil Body Hops

Monday, April 4, 2022: Today on Days of Our Lives, Allie connects with Johnny, Xander makes Gwen a promise, Chad gets the antidote for Sarah, and Jan shocks Belle. 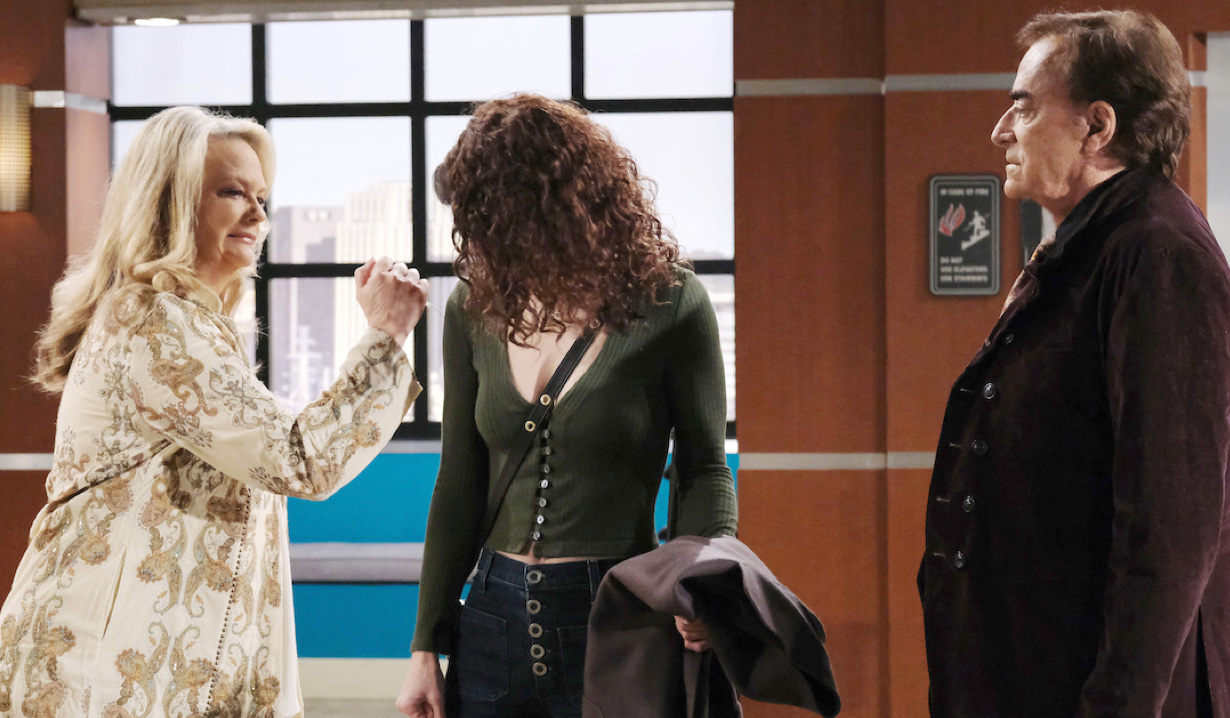 Abigail comes to Anna’s room at the DiMera mansion with flowers from Tony. Anna is in bed wearing a sleep mask, wallowing over her husband and Sarah/Renee. Chad’s phone call interrupts, allowing Abigail to take a break from Anna’s histrionics. Chad confirms he talked to Rolf, who recreated the antidote for him. He’s at the hospital now. They’re running tests to make sure it’s safe to administer. Abigail hangs up and relays Chad got the antidote. Anna leaps out of bed, confident Renee will be dead and buried again and she’ll get her husband back.

More: Kirsten Storms opens up about split from Brandon Barash 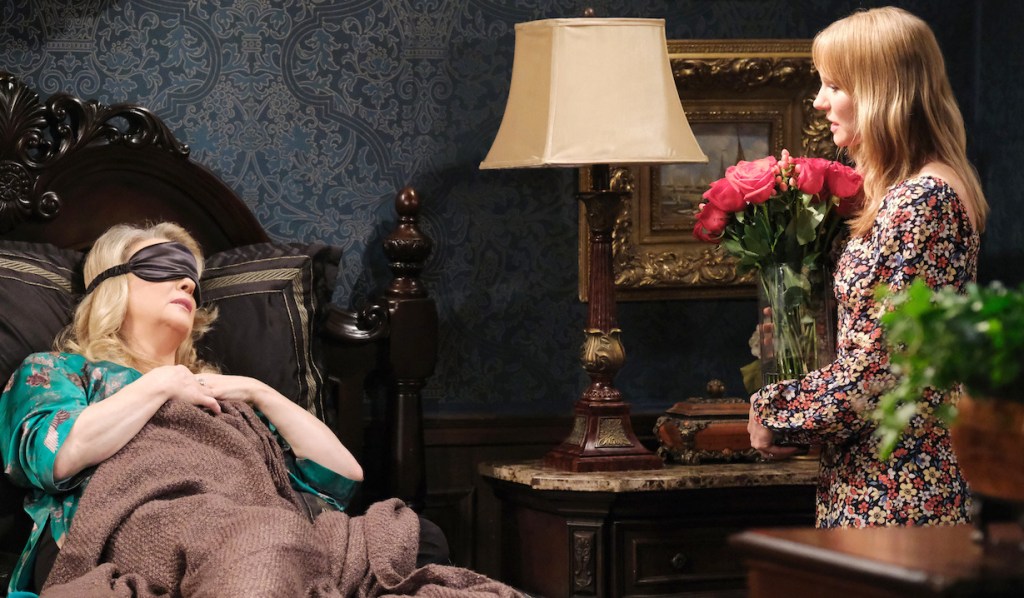 In the DiMera mansion, Allie realizes Johnny is possessed by the devil. He confirms he’s been “partying down in Johnny town since Christmas.” Allie grabs JoDevil’s arm. When he can’t break free of her grip, she yells out to her twin. Johnny hears her and urges her not to let go. JoDevil grows incensed, as Allie tells her brother that together they can send the devil straight back to hell.

Later, Abigail comes downstairs and finds Allie, who looks distracted. Allie says she was looking for her brother, but she guesses he’s not there. Abigail thinks she seems a little off, but Allie says she’s just upset about her relationship with Johnny. When Abigail turns her back, Allie looks behind the couch, where Johnny lies passed out. After Abigail leaves to see if she can find Johnny, “Allie” flashes yellow eyes. She stands over Johnny wondering what she’s going to do with him.

More: Raven Bowens on the necessary portrayal of Chanel’s sexuality 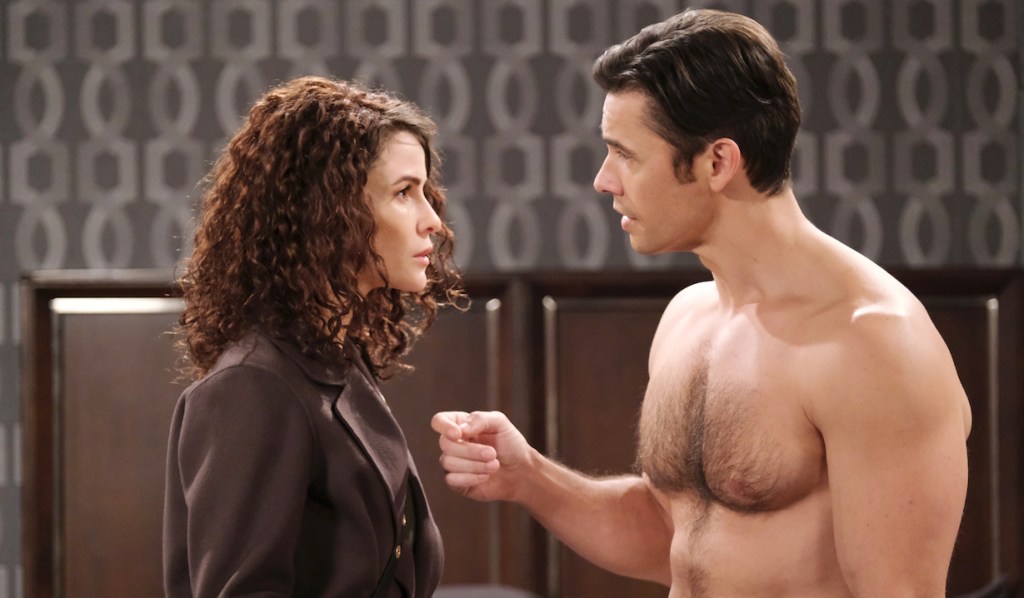 Anna rushes to the Kiriakis mansion, as Tony heads out, worried Sarah/Renee has set out to hurt her. Anna tells Tony and Maggie about the antidote. They’re thrilled, but they thought Sarah was with her, so where could she be?

Hearing a knock, Xander runs to his Salem Inn room door in nothing but a towel. Sarah enters and tells “Alex” they need to talk. Xander reminds her who he really is. She’ll call him whatever he wants as long as he signs his true name on divorce papers so she can be with the man she truly loves. He says there’s only one problem with that, “I’m the man you love.” When she insists he’s Alex Marshall, he tells her he’s Xander Cook, the love of her life, just as Gwen enters. Sarah recognizes her as the attorney Gwen Davies. Sarah assumes they’re working together to steal her fortune. She won’t let that happen and waves around the divorce papers. 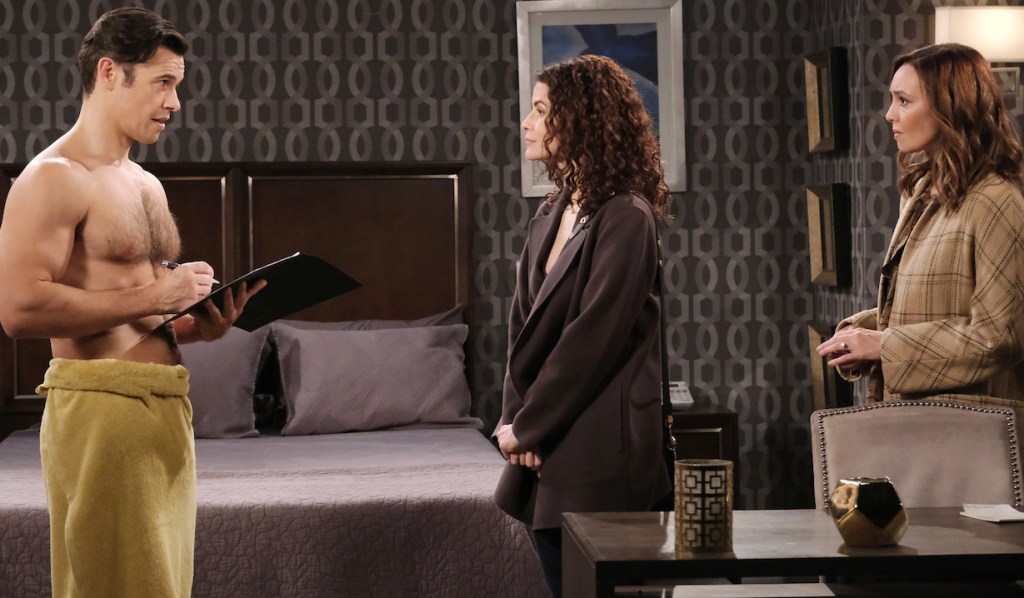 As Gwen and Sarah talk, Xander calls Maggie, who tells him about the antidote. He’s thrilled and agrees to try and get Sarah to come home to her. He hangs up and signs the divorce papers. He tells her to go home to Tony with them. She saunters out, leaving Xander to inform Gwen that Sarah could be on her way back.

After Xander gets dressed, Gwen admits seeing him with Sarah makes her terribly jealous. He has no response. She assumes he feels sorry for her and that Sarah is the real love of his life. Xander bends down to his knees and urges her to see things from his perspective. All Gwen sees is that he will never feel as passionately about her as he does about Sarah. He again remains silent, which is torture for her. He loves her and hates this causes her so much pain.

Gwen composes herself and wonders how they’ll get Sarah to actually take the antidote. Xander doesn’t know, but he needs to be there. Seeing the pain in his eyes, she apologizes. She knows how difficult this is for him because he has such loyalty to Sarah. He smiles and thanks her. She apologizes for being so clingy, but he likes it. He needs her too. She asks him to let Sarah go and marry her if the antidote doesn’t work. He not only loves Gwen, but thinks of her as his best friend who got him through a dreadful time. So, his answer is yes. He’ll let Sarah go and marry her if the antidote fails. If she’ll have him. Gwen enthusiastically kisses and hugs him.

Sarah enters the Kiriakis mansion and announces the divorce papers have been signed and she’s a free woman. Tony says Anna signed them as well. In fact, they should get married today. All they need is to get a blood test at the hospital. 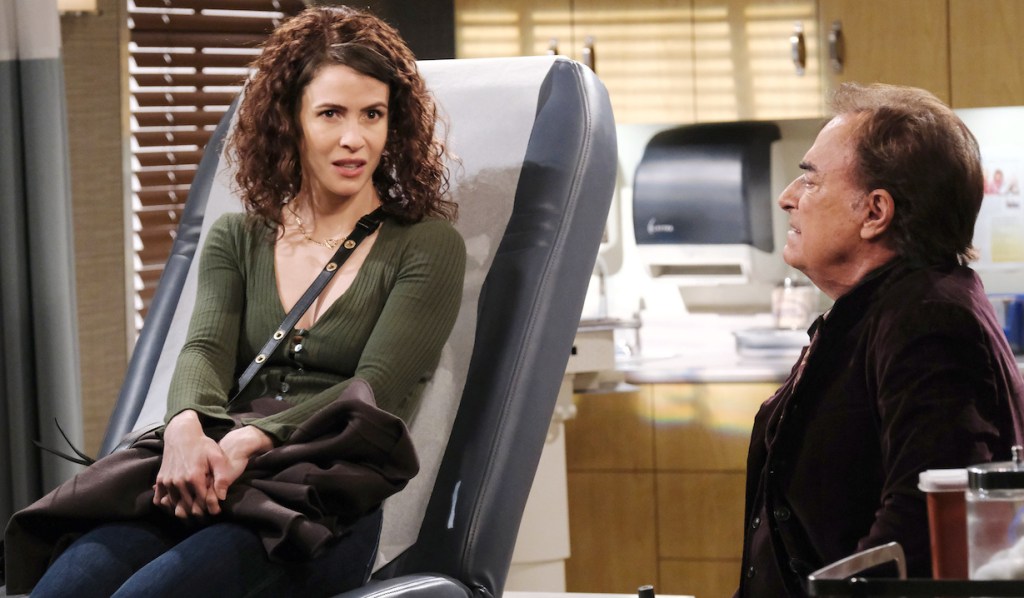 As Tony waits with Sarah in an exam room, Chad meets with Xander, Maggie and Anna with the antidote. Without proper trials, which could take years, the lab says it’s as safe as they can determine. After Chad leaves, Maggie holds the syringe, weighing her options. They have to be sure what’s in the syringe won’t hurt Sarah, who storms to the lobby impatiently looking for a nurse to draw her blood. She sees Anna and lashes out at her. Anna grabs the syringe out of Maggie’s hand and sticks Sarah with it.

Shawn meets Belle at The Bistro. She tells him she’s working on proving EJ was set up, which shouldn’t be too hard considering she’s the one who did it. She wonders why the devil targeted EJ in the first place. She recalls the devil turning Jan into her. She’s just glad Shawn didn’t sleep with her. Shawn looks sheepish as Belle gets called to the prison.

Belle finds Jan in the visitors’ room. If Belle knew it was Jan who wanted to talk with her, she wouldn’t have come. They have nothing to talk about. Jan says, “I think we do.” She stands up and rubs her baby bump. 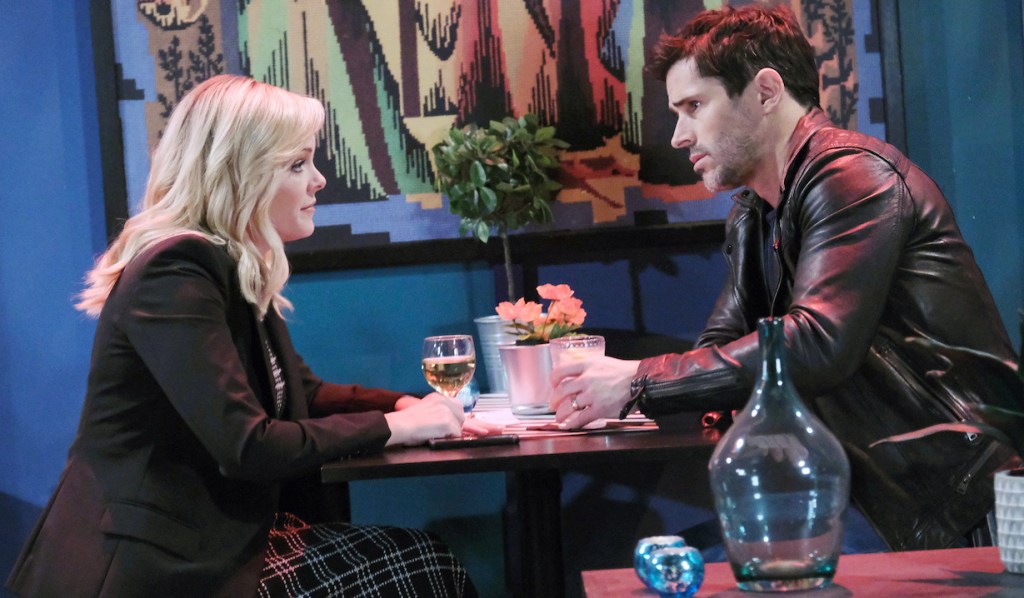 Next on Days of Our Lives: Sarah’s condition takes a turn, and Anna’s arrested.

Check out the photo gallery of Xander’s questionable past on Days of Our Lives. 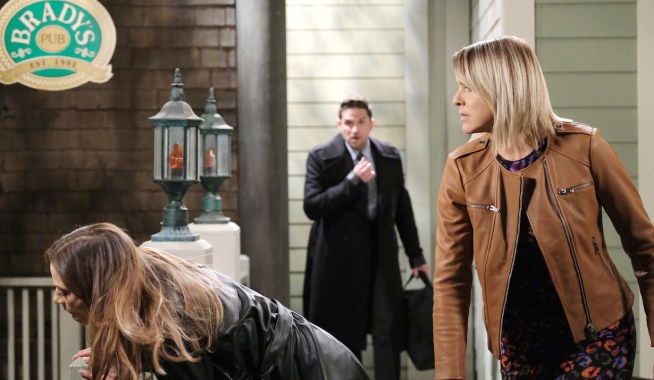 After a Slap Off With Nicole, Ava Becomes Roomies With Jake — Plus, Another Salemite Looks Into JoDevil's Yellow Eyes

Sarah Finally Knows Who She Is, But There's One Big Catch — Plus, Belle Reels Upon Meeting With Jan 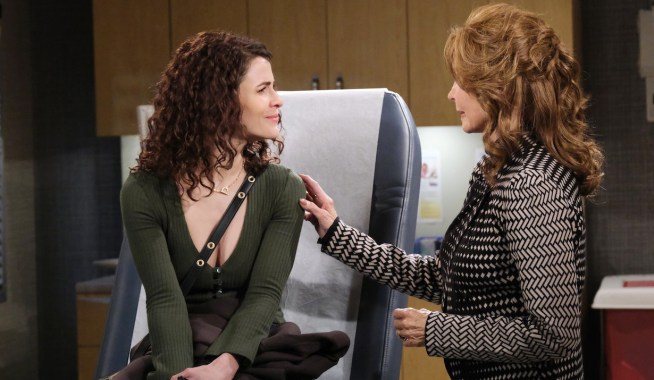