Xander Can’t Give Gwen the Answer She’s Looking For, While Maggie’s Request Enrages Anna — Plus, Rafe’s Verdict Is In

Thursday, March 24, 2022: Today on Days of Our Lives, Abby has a possible solution for Xander, Kayla gives Maggie discouraging news, and Ava surprises Rafe and Nicole. 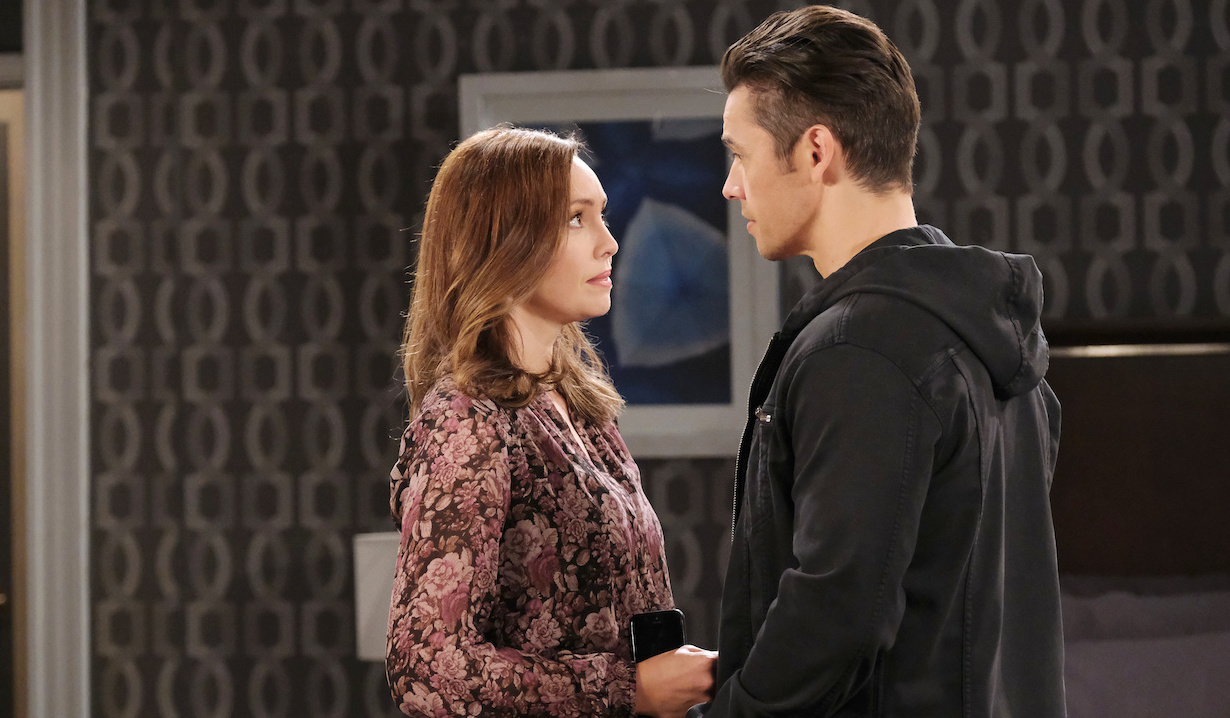 Xander returns to his hotel room with scones for Gwen, who talks to Jack on the phone. She relays Jack will be back for the wedding… assuming Xander still wants to get married. He hesitates before admitting he can’t answer that right now. He needs to make sure Sarah is going to be okay before planning a future. She wonders what happens if Sarah gets better. He’s sorry that it hurts her, but he doesn’t know. He leaves for the hospital.

In a motel room, Ava watches Trask on TV anticipating Rafe’s verdict coming in. Ava calls Gwen from a burner phone. She’s confident Rafe will get what’s coming to him. As for Gwen, she’s distraught over Xander running off to Sarah. 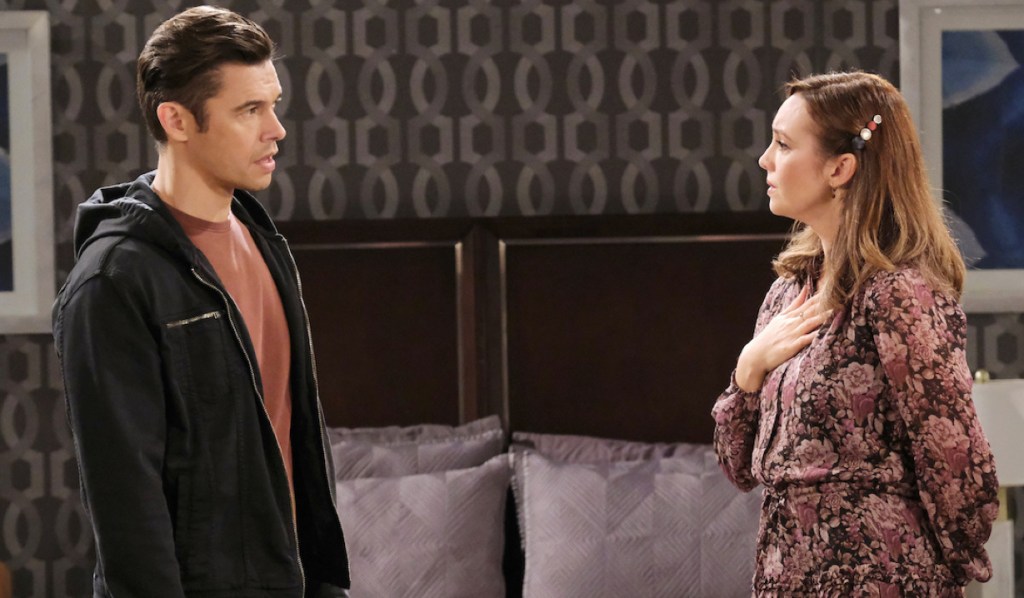 Abigail meets with Maggie at the hospital. She apologizes for what happened to Sarah, but Maggie counters if it wasn’t for her, Sarah never would have been rescued. Abigail calls that dumb luck. Kayla joins them with Sarah’s test results. Since the drug was injected directly into her with a large dose, the damage to her brain is more severe than when Abigail drank it. Maggie tearfully asks if her daughter will ever recover. Kayla says it’s too early to predict, but their best option right now is to send her to Bayview. When Maggie questions that move, Kayla notes Maggie has the power of attorney so she gets to decide the next move. Maggie thinks Sarah should come home with her then.

Restrained to a hospital bed, Sarah begs the nurse to help her call her fiancé. When asked for the number, Sarah asks for “a white pages.” The nurse says, “A what?” Sarah shrugs it off and says she probably remembers it. 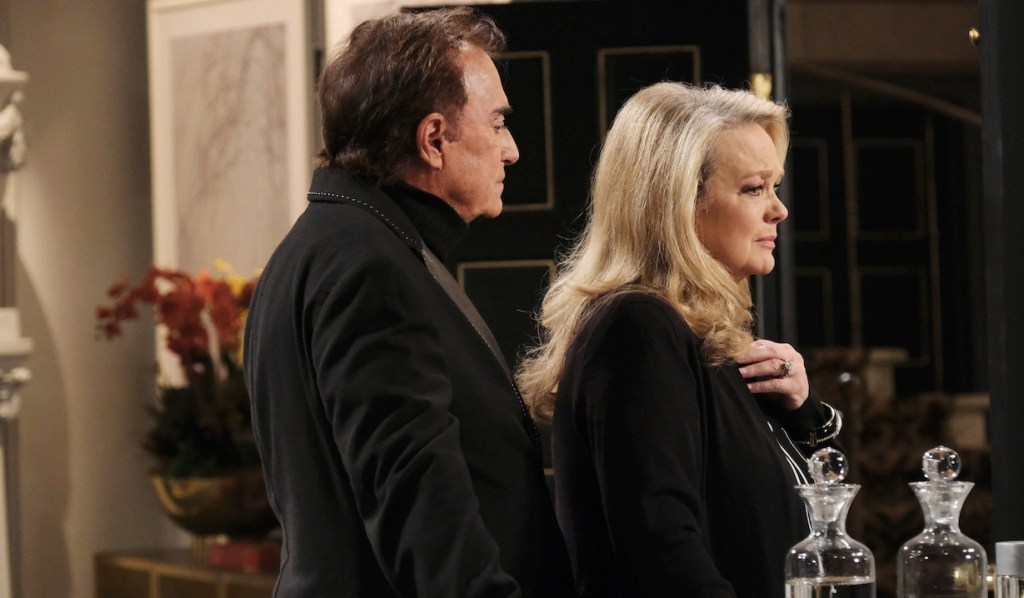 Anna finds Tony pouring a drink in the DiMera living room. They immediately bicker about Sarah. A call on the landline interrupts them. Anna answers. With the nurse holding the phone to her ear, Sarah rants at her perceived rival. Anna holds out the phone to Tony with a smile. “It’s for you,” she says. Sarah, as Renee, tells Tony she’s tied to a bed and calls him the love of her life, as Xander peeks his head in her room.

The nurse hangs up and leaves the room, as Sarah yells at “Alex.” Xander reminds her who he is before she asks him to untie her. Anguished, Xander doesn’t think that’s a good idea. Maggie enters and tells Xander she gave Kayla permission to share Sarah’s test results with him. He tells Sarah he’s sorry for what she’s going through and leaves. Maggie tells Sarah she’s there to take her home, but Sarah passes. The only place she’s going is to Tony. If she can’t be with him she will lose her mind.

As Anna continues trash-talking Sarah/Renee at chez DiMera, Maggie arrives. She tells them Sarah is being discharged, but is refusing to live anywhere but at the DiMera mansion with Tony. Anna balks. Maggies suggests Tony move into the Kiriakis mansion then. “You want to use my husband as some kind of, what, therapy animal?” Anna snipes.

Maggie returns to the hospital and tells Sarah what’s been decided: She and Tony will come home with Maggie. 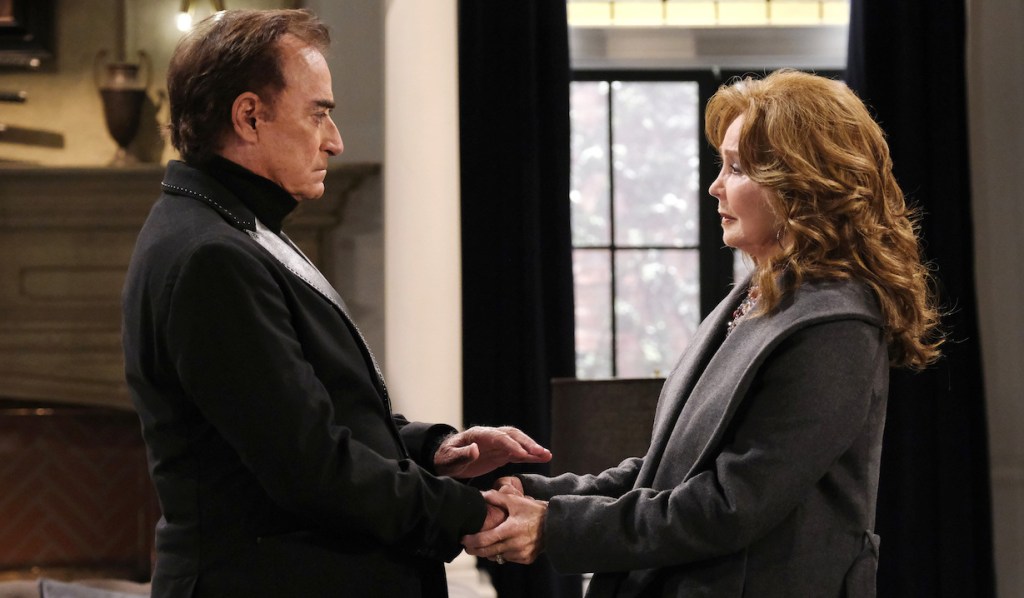 Meanwhile, Kayla tells Xander that it could take a year or longer for Sarah to recover her memories. Abigail shows up. Xander blames her, considering it was her scheme against Gwen that set all this in motion. Abby, in turn, suggests Rolf might be able to create an antidote. Knowing that Rolf has a soft spot for Chad, Abby says she’ll ask him to talk to the mad doctor.

In their room, Xander tells Gwen the latest about Sarah and how Abby suggested Rolf might be able to help. Xander plans to go to Statesville to talk to Rolf and asks Gwen to go with him.

Back at the DiMera mansion, Tony explains he knows how difficult the situation is. “Difficult?” Anna responds. “Try infuriating, horrifying and mind-boggling!” Anna points out sending Sarah to an institution would only be temporary, and that there would be doctors there to care for her. But ultimately, despite Anna believing that Maggie was asking too much, Tony asks what she would do if Carrie were in Sarah’s position.

Nicole visits Rafe in the interrogation room. They worry about Eli and Lani together before wondering where Ava vanished too. Nicole clasps his hands as he frets over jury deliberation. However, he’s grateful for her support since the start of all this. Trask enters to announce the verdict is in.

Nicole and Rafe head to the courthouse. Rafe nervously says, “Moment of truth.” Off-screen, Rafe is found not guilty. Melinda approaches the happy couple and threatens to press charges against Nicole for witness tampering. Meanwhile, Ava trashes her motel room after hearing the verdict.

At Rafe’s house, he and Nicole celebrate his freedom with champagne and a kiss… which Ava walks in on. “How adorable,” she snarks.

Next on Days of Our Lives: Kayla is ordered to give more bad news, and Nicole and Rafe have it out with Ava.

Check out the photo gallery below of Xander’s life, loves, and criminal activities on Days of Our Lives. 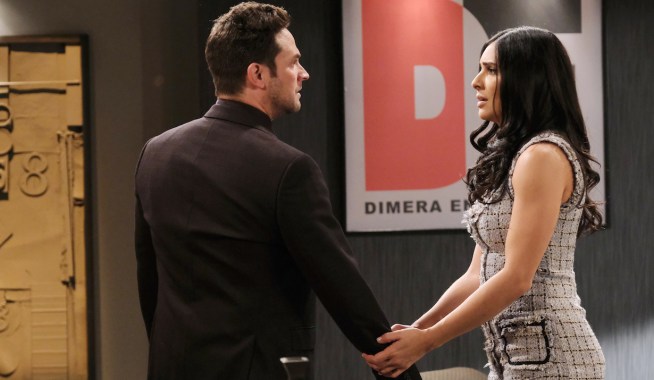 Jake Walks in on Gabi and 'Johnny,' While Chad Plants More Evidence — Plus, Ben and Ciara Get a Surprise House Guest

After Abigail Lays the Groundwork, Chad Comes a Knocking on Leo's Door — Plus, Craig Seizes an Opportunity 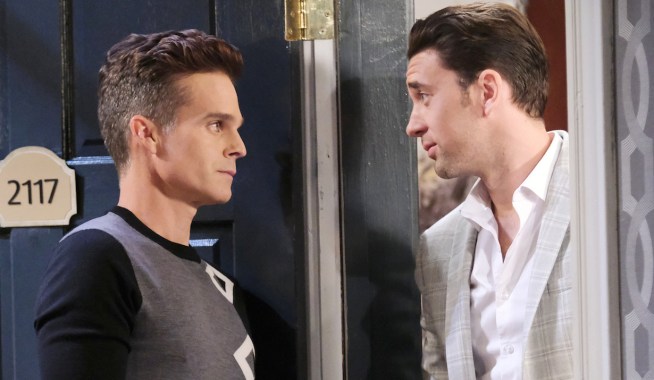