Jake Walks in on Gabi and ‘Johnny,’ While Chad Plants More Evidence — Plus, Ben and Ciara Get a Surprise House Guest

Wednesday, March 23, 2022: Today on Days of Our Lives, Kate convinces Chad, Ben and Ciara get a surprise, and Gabi asks for forgiveness. 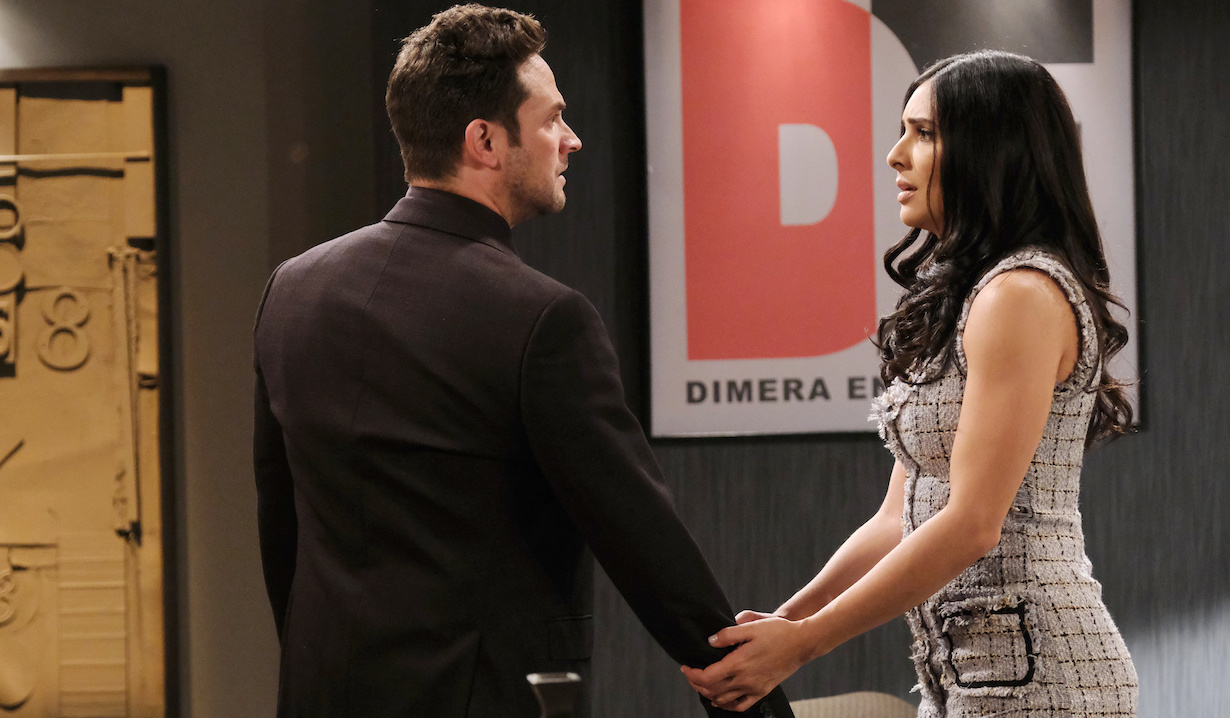 At DiMera, Gabi pulls away from making out with “Johnny.” He says he wants her and he’s not holding back. He knows she wants him to. So, the question is, “Are you going to take what you want?” Gabi doesn’t know what it is about him. It’s like she finds it impossible to resist him. She tries to restrain herself, but he knows Gabi Hernandez always goes after what she wants. She agrees and pulls him in for another kiss. “Johnny” whips off his shirt and helps Gabi take down the top of her dress.

More: Why exactly did they bring the devil back? 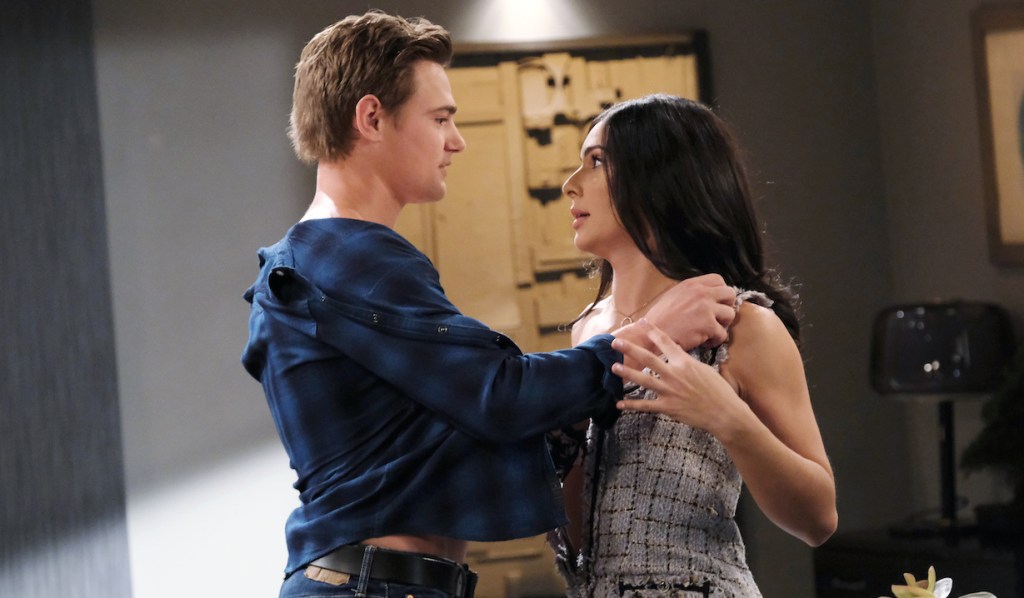 Jake walks in and shouts, “What the hell is this?” Gabi pulls up her dress, as Jake tells her the devil morphed into him to make her think he betrayed her. Gabi can’t believe he’d use the “Devil made me do it” excuse, but “Johnny” confirms his aunt Belle was possessed. After taunting Jake into lunging for him, Gabi asks to talk to Jake alone. When “Johnny” leaves, Jake lashes out at a chagrined Gabi for not trusting him. She apologizes and wonders if he could forgive her. He says she got what she wanted — CEO of DiMera — and walks out.

At home, Belle tells Shawn she morphed into Jake. Shawn reluctantly tells her she also morphed into EJ to assault Abigail. Gutted, Belle asks what she did. Shawn reminds her it was the devil, not her, before filling her in. She can’t believe how many people she hurt. She doesn’t know if she could live with herself if something happens to EJ in that hell hole. After ensuring there are no 666 marks on her coat, she puts it on to go talk to EJ. 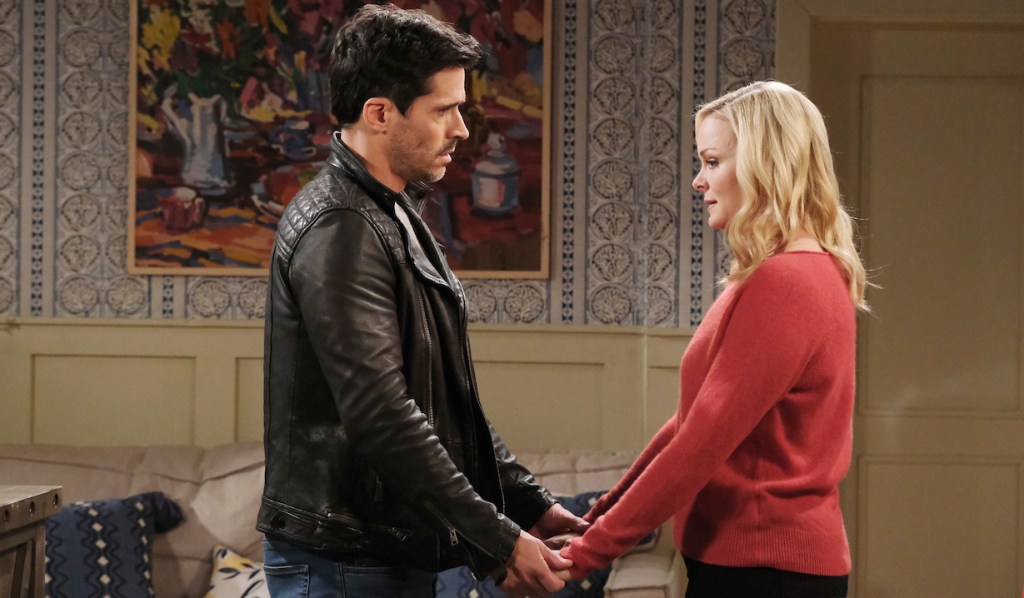 In the DiMera mansion, Chad doesn’t think anyone will believe the devil framed EJ. Kate says that’s why they need to convince his defense attorney, Belle that she did it. Chad scoffs, but Kate continues presenting her argument.

Before Clyde can leave the prison visitors’ room, EJ stops him. He just remembered, “You’re the son of a bitch who had me shot.” Clyde reclines in a chair, having no idea what he’s talking about. EJ knows it was him. Clyde shrugs and says, “Okay,” which enrages EJ even further. Clyde breezily apologizes, but he’s alive, so no harm no foul. EJ shouts that he lost everything he holds dear and Clyde’s the one who took from him. Clyde has no sympathy, but wonders what he’s going to do about it. EJ threatens to tell the parole board about his role in his shooting. Clyde reminds EJ if he is denied parole, he’ll be right back there sharing a cell with and he won’t be happy. So, he needs to leave the past dead and buried, where it belongs. After Clyde walks out, EJ says, for him, the past is still very much alive.

More: Where to stream Yellowstone for free 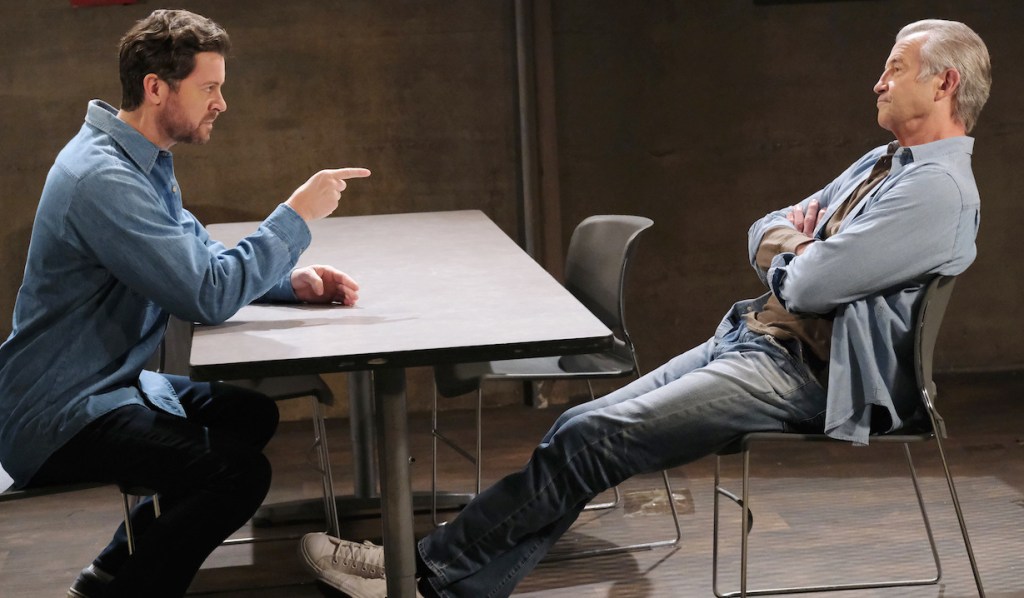 Chad stops by to see Belle, but Shawn says she went to see EJ. Chad says he’s there to assure her he doesn’t blame her for anything. Kate calls and asks for a copy of the report on Philip’s case because she hired a P.I. When he leaves to take care of it, Chad stays behind “to wait for Belle,” and downloads EJ’s fake paper trail onto Belle’s laptop.

Back at the DiMera mansion, Chad returns the flashdrive to Kate. She plans to destroy it and then they just wait for Belle to find it and confess to setting EJ up. 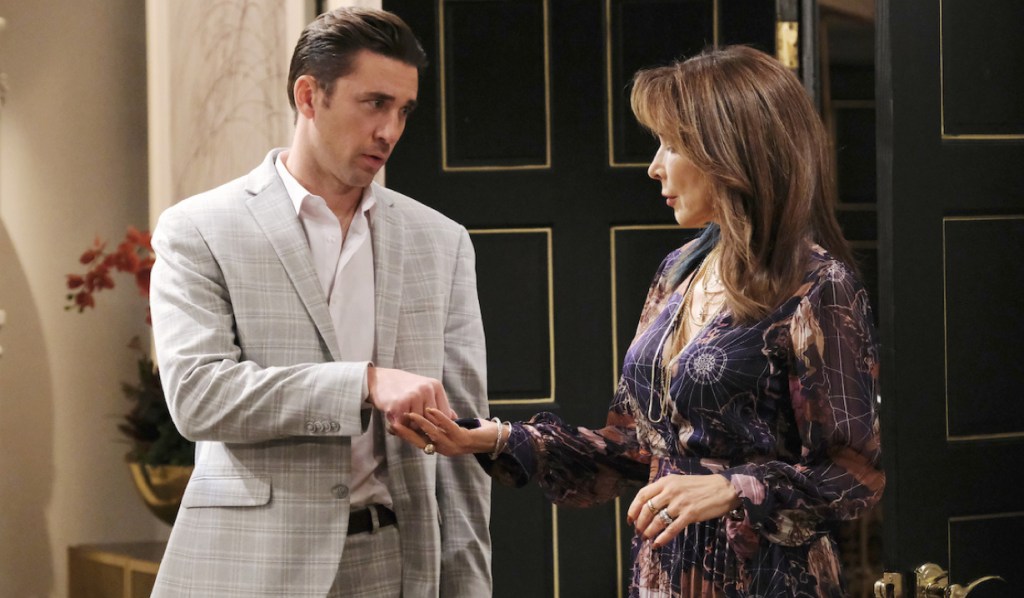 Belle comes to see EJ and tells him she’s the reason he’s in there. When he expresses confusion, she tells him the devil morphed into him to kiss Abigail in front of Chad. EJ says if he were Chad, he’d want him locked up too. She promises to get him out of there now. She gets an alert on her phone that Clyde made parole.

In the Square, Chanel tells Allie he’s ready to put Johnny and the movie behind her. Allie asks what she wants to focus on now. Chanel puts her hand over Allie’s and says, “You.” Allie asks if they are really doing this. Chanel sure hopes so and they kiss, which Ben and Ciara happen upon. Allie and Chanel break apart. Allie explains they’re both single so they’re seeing where it goes. Ben and Ciara just want her to be happy. They also want the women to make them a gender reveal cake. They hand Allie the envelope with the sex of the baby inside. 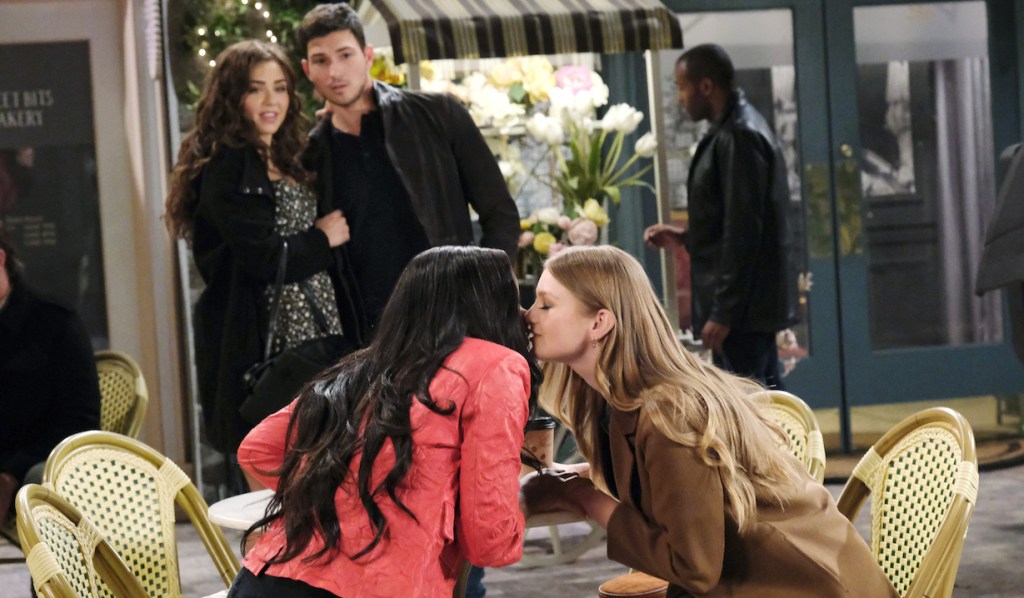 After Ben and Ciara leave, Allie looks in the envelope, but won’t tell Chanel what the Westons are having. She playfully holds it out of Chanel’s reach as she grabs for it. “Johnny” walks up. As they verbally spar, he spots the envelope in Allie’s hand. He says he has more important things to worry about and walks off.

When Ciara and Ben come home, they look forward to their cake. They kiss, but a knock at the door interrupts them. Ben opens it to Clyde, who leans on the doorframe and says, “Hello, son.” After assuring them he made parole and didn’t break out of prison, he says one condition is that he lives with a responsible citizen. Who better than the soon-to-be parents of his baby grandchild? 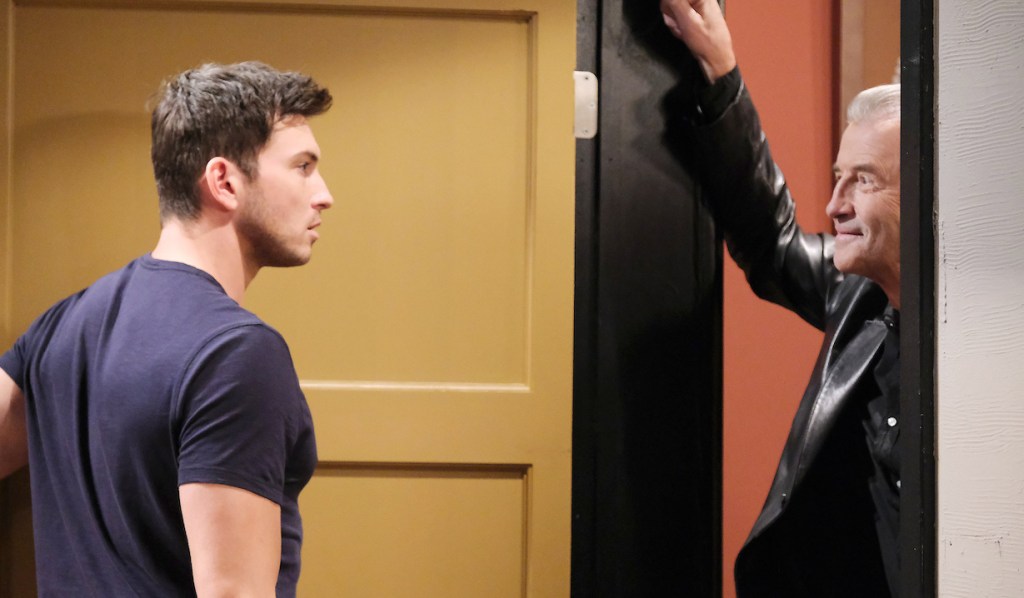 Next on Days of Our Lives: Kayla’s news doesn’t ease Maggie and Abigail’s minds, and Xander won’t commit.

Check out the photo gallery below of the 75 most gorgeous photos of your favorite soap stars.