Friday, March 11, 2022: Today on Days of Our Lives, Eli digs for the truth, Lani meets with TR, Will and Sonny's plan backfires, and Nancy gets a makeover. Leo joins Chloe and Brady at The Bistro. Chloe asks him to tell them everything about him. When he mentions he was an artist, they pepper him with questions about his art. Leo wonders if they’re really interested or if they’re just stalling so Will and Sonny can “hate on a bitch to Daddy.” He saw Will and Sonny come to the hotel asking for Craig’s room number before he left. Leo insists he loves Craig with his entire heart and soul. Also, Craig has never been happier. He strolls away. 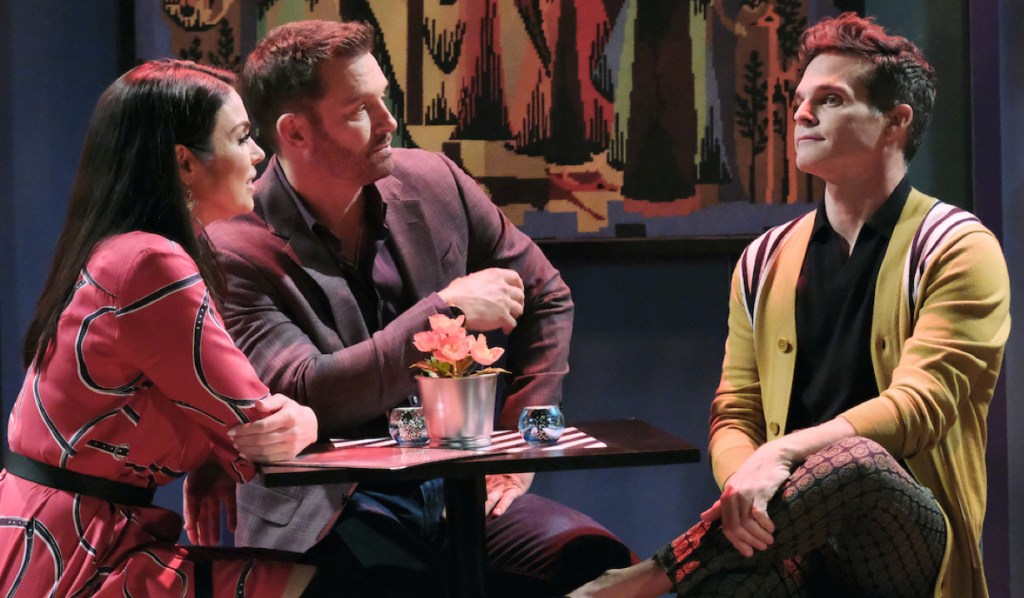 Craig opens his Salem Inn door to Sonny and Will. He promptly shuts it when they say they want to talk about Leo. Sonny pounds on the door until Craig lets them in. Sonny knows what it’s like to be taken in by Leo, who is always only out for himself. Craig guardedly agrees to listen to them. Sonny recounts how Leo was paid to seduce him, and then sued him for sexual harassment. However, he is forced to admit they tried to get rid of Leo’s body when they thought they accidentally killed him.

Craig says it sounds like Leo is the victim here, but, also, it’s in the past. Leo has changed. Sonny can prove that he’s wrong, but Craig knows all about the emerald (from Beyond Salem) Leo stole. He thinks Leo’s the hero of the story. Craig also knows Leo’s father used to abuse him for being gay, which led him to embrace who he was. It’s a strength he wishes he had. He sees Leo for exactly who he is. And who he is, makes him happy. He orders them out. Sonny and Will pass Leo on their way out. Leo says, “Nice try, bitches.” 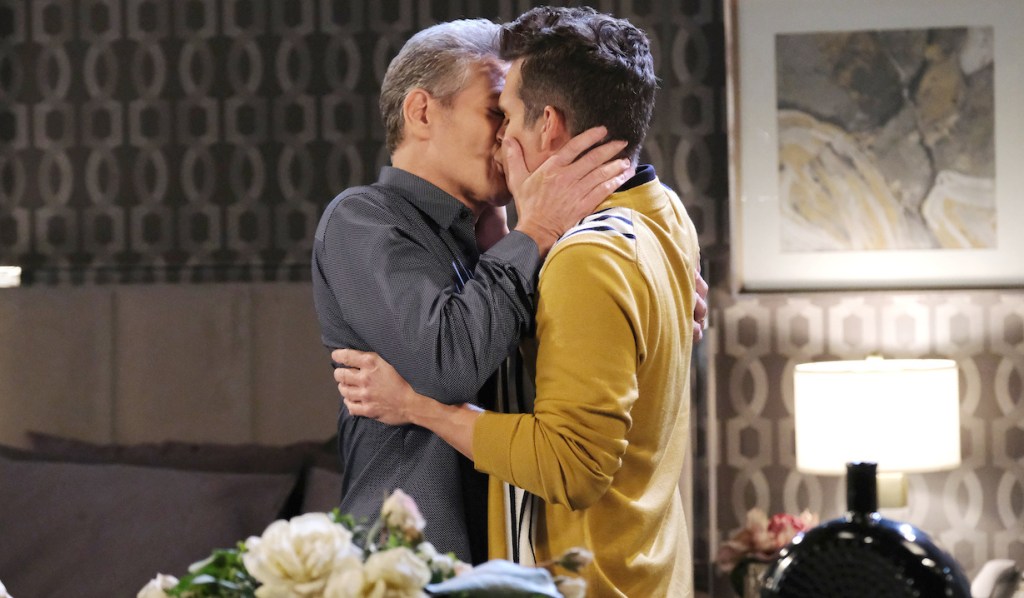 Leo enters the hotel room, where he and Craig promptly makeout. After updating each other on their respective conversations, Leo says he never wants to come between him and his daughter. Craig wonders what he did to deserve him. They kiss.

Sonny and Will meet with Chloe and Brady. The marrieds relay they failed. Craig is probably more convinced than ever that Leo loves him. Chloe won’t give up. She has to make her dad see Leo for who he really is. Sonny has an idea. 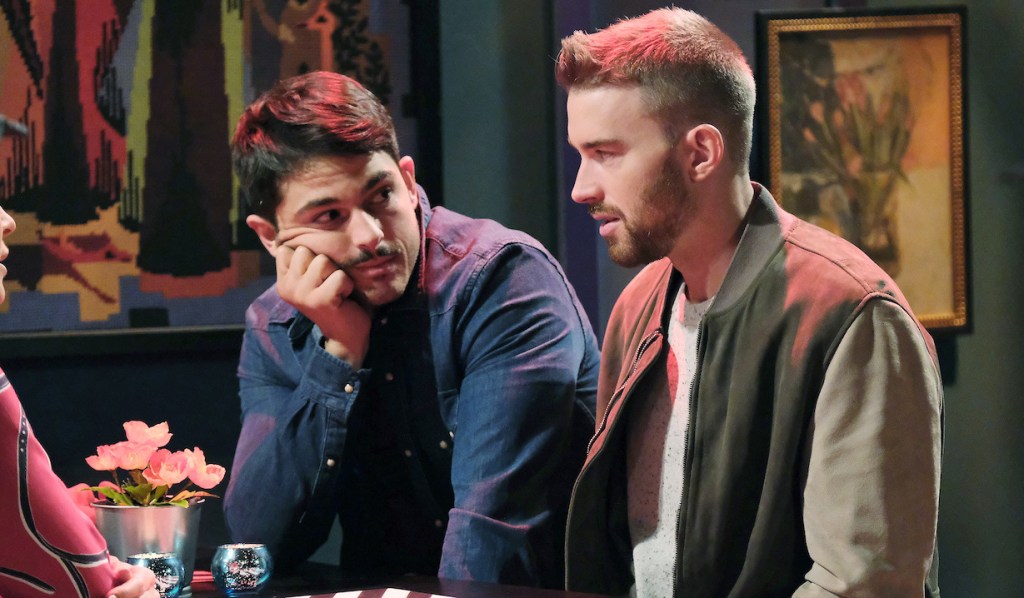 TR runs into Lani and the twins in the Square. He asks where they’re off to. She stiffens as she tells him she is taking them to see their grandfather. He asks if she would join him for a drink after she drops them off. Lani doesn’t think that’s a good idea. He says he’ll be at the Pub if she changes her mind. She won’t.

At the Pub, Bonnie encourages a crying Nancy to open up to her. They sit at a table as Nancy confides that her husband is gay and is crazy in love with his boyfriend. Bonnie suggests she get her own someone new. Nancy balks, but Bonnie waves TR over when he walks in. She suggests he buy her friend a drink. He apologizes, but he’s waiting for someone. When TR goes to the bar, Nancy assumes he was turned off by her. Bonnie assures her she’s still in her prime. Bonnie has grand plans to put her on the dating apps. She orders Nancy to come to her house so she can be her fairy godmother.

After waiting at a table for a while, TR realizes it’s a lost cause and asks for the check. He sees Lani walk in. She sits with him, declaring Abe is her father and she will never forgive TR for what he did to Paulina. With that settled, she admits she is curious about him. She doesn’t know where it will lead, but she is there. TR says it’s a start. As they eat, they discover they both like fries with mayo. TR thinks it must be in the genes. 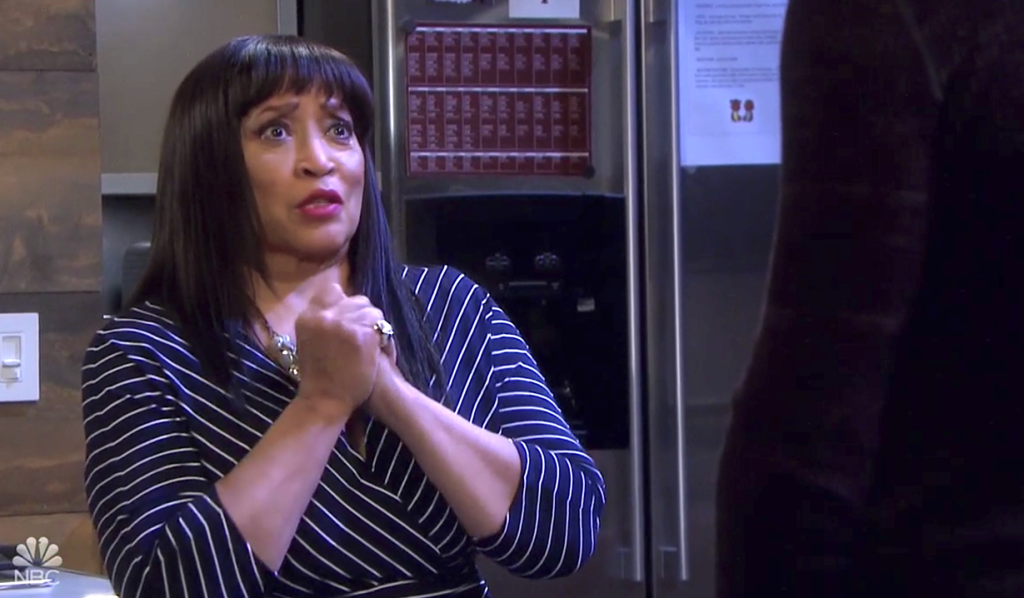 More: 9 addictive shows to binge next

Paulina stops by Eli and Lani’s apartment. She rants about TR insisting he’ll be in Lani’s life. Eli is not happy to hear Lani went to TR’s hotel room and hopes that’s the last of it. Paulina planned on it, but then TR told her how jail changed him. Eli isn’t impressed, but she points out how she was given a second chance. Eli says it’s because she knew she was genuinely wrong and apologized. She wishes there was a way to know for sure that TR has changed. Eli offers to use his contacts to dig into TR’s past. If there’s anything to suggest TR hasn’t changed, “You better believe, I’ll find it.” Later, Eli gets on the phone with an ISA agent. He needs everything he’s got on Terrell Raymond Coates.

Bonnie brings Nancy home and prepares to give her a makeover. She starts with returning her hair to the “fabulous” red she used to have. After her transformation, Bonnie declares they’ll get her a hot young hunk in no time.

Next on Days of Our Lives: Ben fills Marlena in, and Eli meets TR’s ex.

Before heading off to the weekend, feast your eyes on the most gorgeous photos taken of soap stars throughout the decades.