Sarah Declares She’s In Love With Tony DiMera, as EJ Reveals His Hazy Memory To Clyde

Tuesday, February 22, 2022: Today on Days of Our Lives, Sarah's behavior confuses Steve and Kayla, EJ and Clyde get reacquainted, and Tony has key information for Chad. 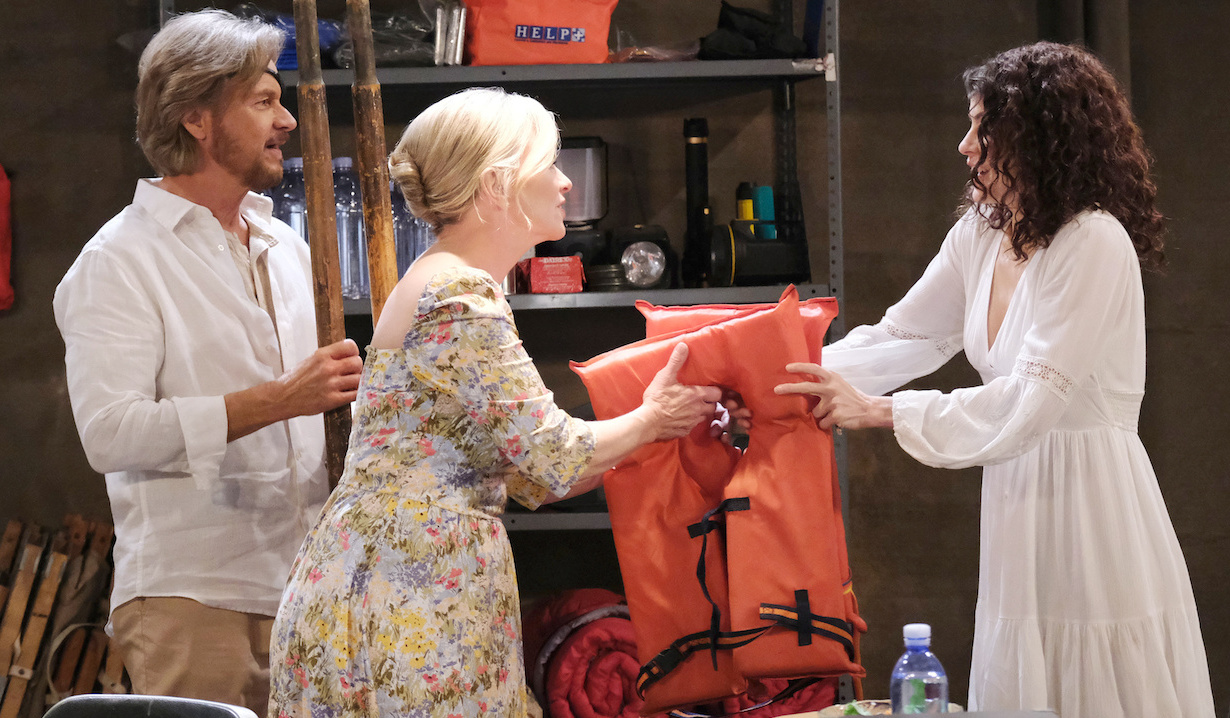 Chad excitedly tells Shawn on the phone that his lead, “could be the key to finding my wife.” After he hangs up, Kate enters the DiMera mansion. Chad relays the theory that Abby tracked down the pilot who flew Sarah out of Salem. However, he didn’t file a flight plan and the airfield’s security cameras were off. So, now, it’s a waiting game. Kate knows it’s a bad time, but she brings up EJ being in prison for a crime he didn’t commit. Chad reminds her that Lucas is the real culprit, which leads to an argument. After they calm down, Kate worries about Roman finding out she let Sami go off galavanting with her kidnapper.

Tony enters wondering what they’re talking about. They just say they were talking about EJ. Chad gets riled up again when Tony defends their brother. He also vents about texting with the person who has Abigail’s phone. Tony urges him not to lose hope. Chad says he has a lead on the pilot, Ned Granger. Tony recognizes the name. He’s the pilot he and Anna used all the time. Ned has a place in Key West, which he’s been to once during a layover. Chad says they need to go there right now. 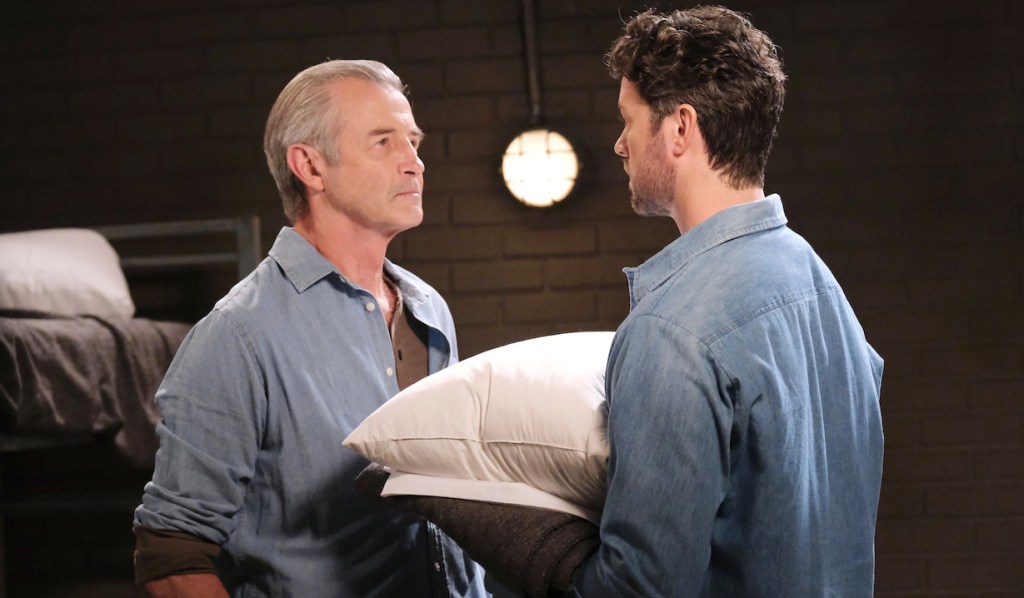 In prison, Clyde greets EJ in their cell. They rehash how Clyde used to work for EJ when he was running drugs. EJ remarks that it led to his supposed death. EJ says his greatest regret is that he’s never been able to confront the son of a bitch who shot him. He lost everything that night. Clyde asks how much he remembers. EJ doesn’t remember much, because the drug that saved his life messed with his memory. EJ asks if Clyde will show him the ropes around prison. Clyde says it’s the least he can do for his old boss. To himself, Clyde chuckles over EJ not remembering that he double-crossed him. He hopes it stays that way… for EJ’s sake. EJ hopes he can trust Clyde because he needs someone to have his back there. Clyde says, “You have no idea.” 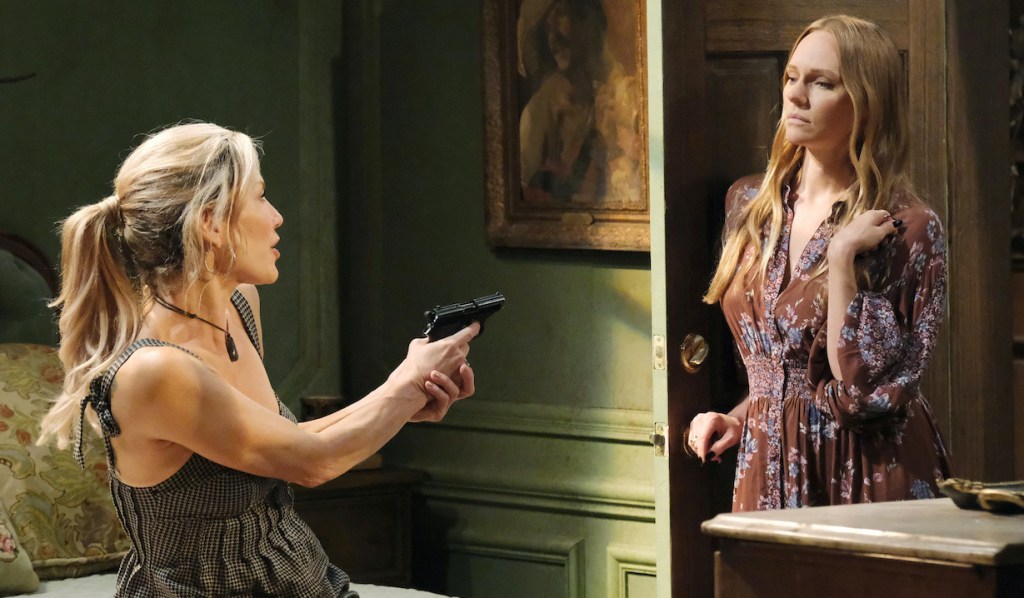 More: Will EJ’s cellmate assist with his revenge plans?

Kristen discovers Abigail in Sarah’s room at the island mansion. She confirms to Abigail that Sarah has been there. In fact, she came willingly. Before she tells her the whole story, Kristen pulls a gun, demanding her keys back. Abigail hands them over. Kristen launches into her tale about shipping off Sarah after she was stuck with the syringe Sarah found in the secret room. When Kristen tells her the drug caused Sarah to have a psychotic break, Abigail flashes back to the drug she almost used on Gwen. She thinks it’s all her fault. Abigail thinks Sarah must be a complete mess, but Kristen says she’s doing quite well. She’s not even hung up on Xander anymore. 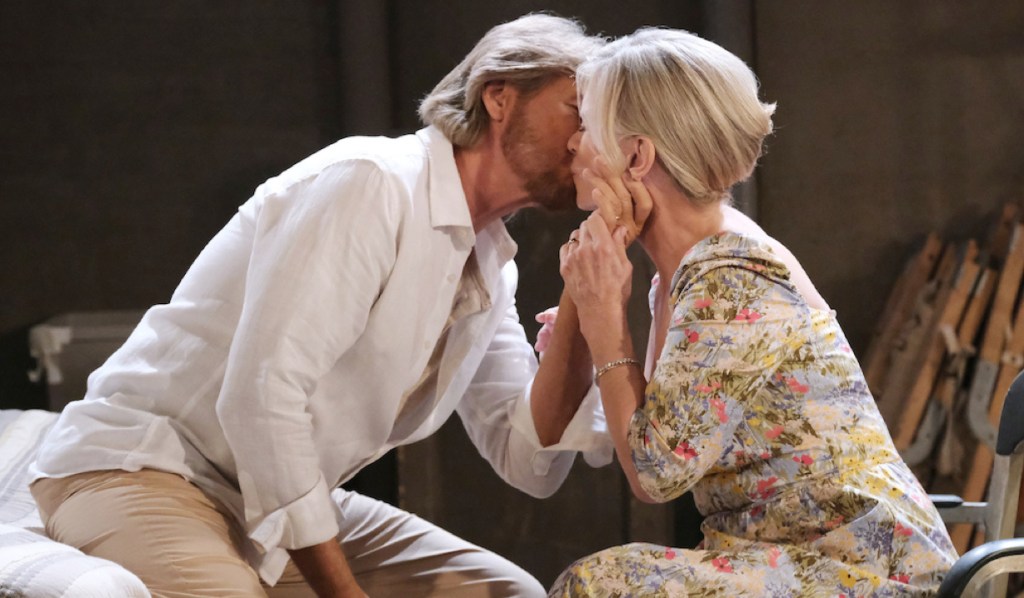 More: Could Chloe’s sister join the family drama in Salem?

As Steve and Kayla kiss, Sarah enters the storage room. She rushes to Kayla’s arms. She says it’s like a dream seeing them. Kayla assures her they will help her. Sarah says she’s perfectly fine and that Kristen hasn’t hurt her. Steve says they need to get out of there before Kristen comes back. Sarah looks confused and says, “And who might you be?” Steve reminds her he’s Kayla’s husband and that she was in their wedding. Sarah doesn’t think so. She’d definitely remember that. Kayla thinks she’s suffering from memory loss. Sarah says she remembers just fine, but asks who “Sarah” is when Kayla says her name.

More: Jan returns with a shock for “Shelle”

They ask who she thinks she is. Sarah says Kayla knows who she is. Right now, she wants to find paddles for the kayak so they can leave the island. After finding paddles and life vests, Sarah says she can’t wait to get back to the man she loves. When Kayla says Xander’s name, Sarah says, “Who’s Xander?” They tell her she was engaged to him. Sarah doesn’t know him, and says she’s in love with Tony. They ask, “DiMera?” She says, “Is there another?” When they ask who she is, she answers, “I am the one and only Renee DuMonde.”

Jack comes to Gwen and Xander’s room, wondering if his daughter knows anything about Abigail’s disappearance. Gwen says she doesn’t, but Jack presses her. Xander defends his fiancée. Jack apologizes. He’s just out of his mind with worry. They try to reassure him that Abigail will come back to them. Gwen offers to be there if he ever needs someone to lean on. Jack embraces her. When they pull apart, Jack notices Gwen’s diamond ring. They happily tell him they’re engaged. Jack is happy for them both. Xander hugs Jack and says, “Does this mean I get to call you Dad?” Jack pointedly says, “No.” Before he leaves, Jack says when he finds out who has Abigail, he will make them pay.

Next on Days of Our Lives: Anna makes a pitch to TR, and Eli comes home.

Where does Renee DuMonde fit into the DiMera family legacy? Refresh your memory on Stefano’s children and grandchildren in our photo gallery below. 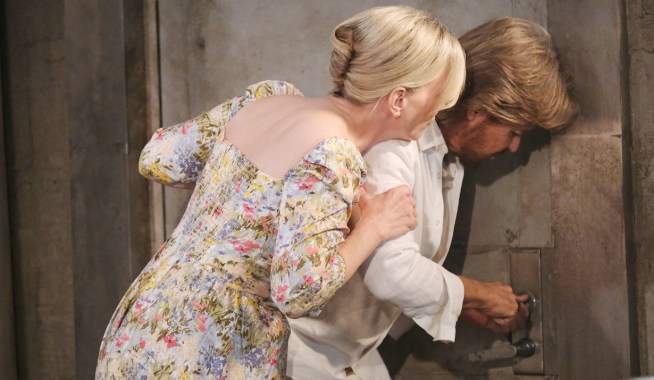 Eli Comes Home and Issues TR a Warning, as Paulina Calls Abe After a Chilling Encounter With Her Ex 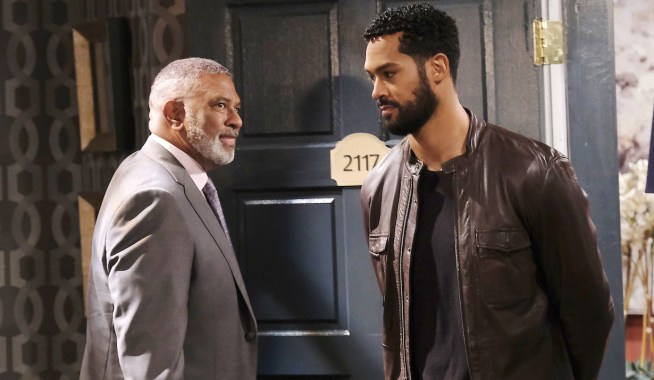