Ben Springs a Surprise on Ciara, as a ‘Creepy’ Visitor Lurks — Plus, Craig Confesses Everything To Nancy

Tuesday, February 1, 2022: Today on Days of Our Lives, Ben and Ciara make room for baby, Nancy learns the whole truth, and Steve and Kayla get their bearings. 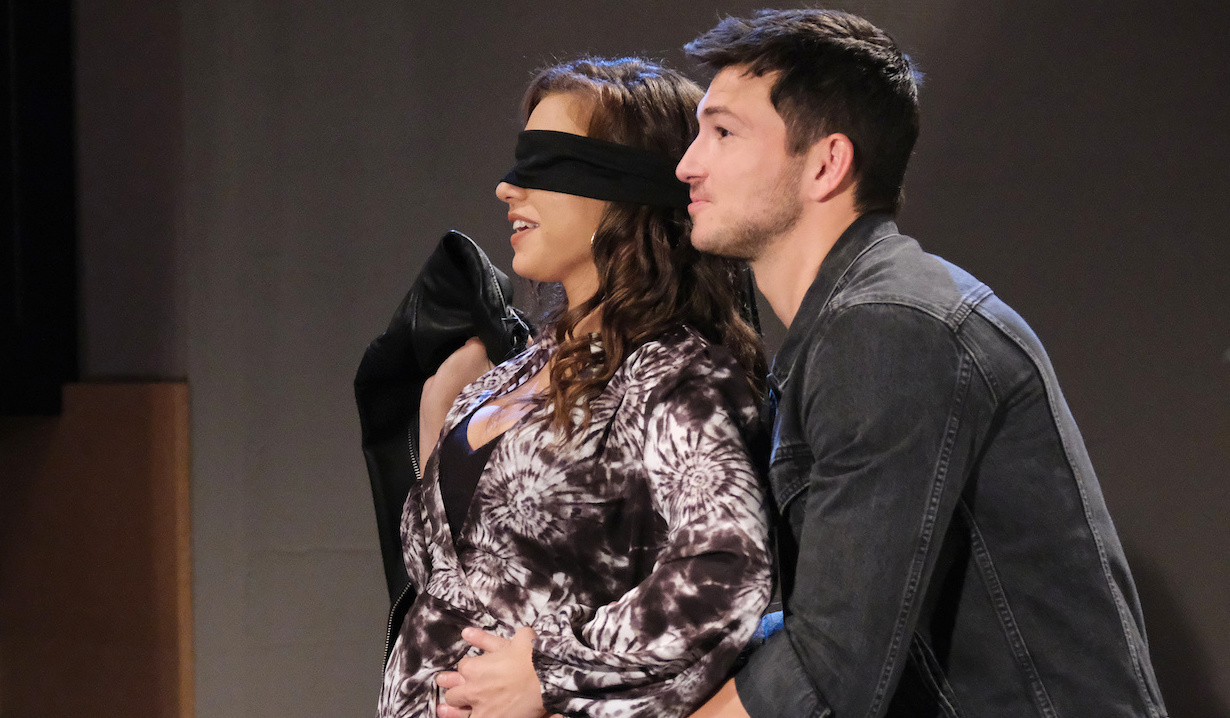 Ben brings a blindfolded Ciara to an empty apartment. When he uncovers her eyes, she looks around and asks, “Where are we?” He answers, “Home.” He explains he’s been looking for new apartments for them, and, with input from Julie, decided this was the best one. Ciara likes the place they have now, but Ben points out they need more room for the baby. Ben reveals he already signed a lease — but they can still back out. However, if she does want it, they can stay the night. Ciara wants to keep it, and they kiss.

More: The Resident’s back with heartbreak and a return 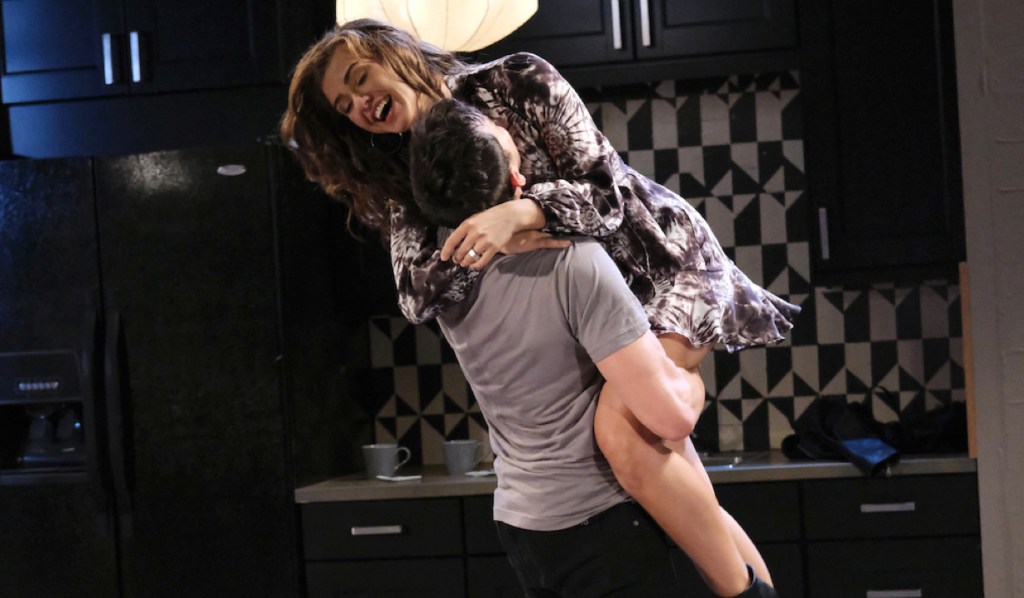 In her house, Julie raises a broom to an intruder, who turns out to be “Johnny.” She chastises him for just walking into someone’s house. He apologizes, but he wants to talk to Doug about his possession for the movie. Aghast, Julie calls him arrogant and insensitive. “Johnny” apologizes. He wants to start over, but Julie is on her way to give Ben and Ciara a housewarming present. She shows him a wooden cross that says, God bless our home. “Johnny” says he smells smoke and an alarm goes off. Julie runs from the room, as JoDevil picks up the cross. Julie returns, confused there was a fire on her stove. She never even turned it on. “Johnny” suggests she stay there to take care of it, and he’ll bring the cross to Ben and Ciara. He just needs their new address. 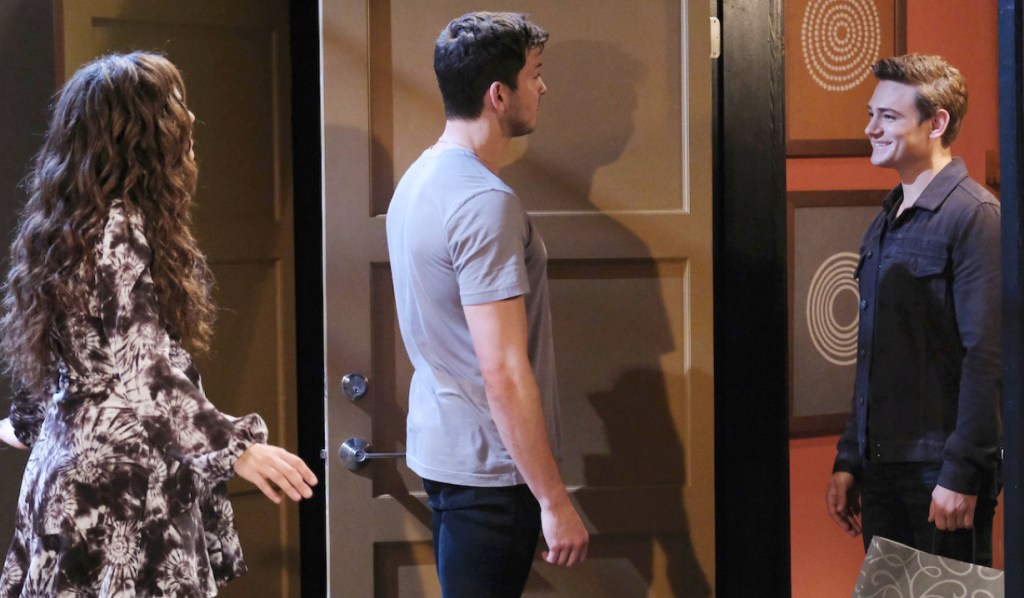 Back at the apartment, Ben picks up Ciara, and walks toward the bedroom, where he already has a bed made up. However, a knock at the door stops them. Ben opens the door to “Johnny.” Ciara hugs him and introduces her cousin to Ben, who is immediately disdainful. “Johnny” gives them Julie’s gift, with instructions to hang it outside for protection. Ciara calls the cross beautiful, but wonders why Julie thinks they need it. “Johnny” presumes it’s because the devil was after their baby.

When Ben brings up his movie, “Johnny” confirms it’s still a go. Ben flatly states he wants to be kept out of it. He adds that “Johnny” wanting to make money off his grandmother is creepy. “Johnny” counters that Marlena is fine with the movie. Ben thanks him for bringing the gift over, and dismissively says, “Nice seeing you.” Ben hangs the cross, as “Johnny” puts his hand on Ciara’s belly. He says her child will have one protective father and leaves.

After Ben hangs the cross in the hallway, he carries Ciara over the threshold. They start making out again, and he carries her to the bedroom. In the hall, JoDevil returns. Without touching it, he turns the cross upside down.

More: Is possession the new brain tumor on Days? 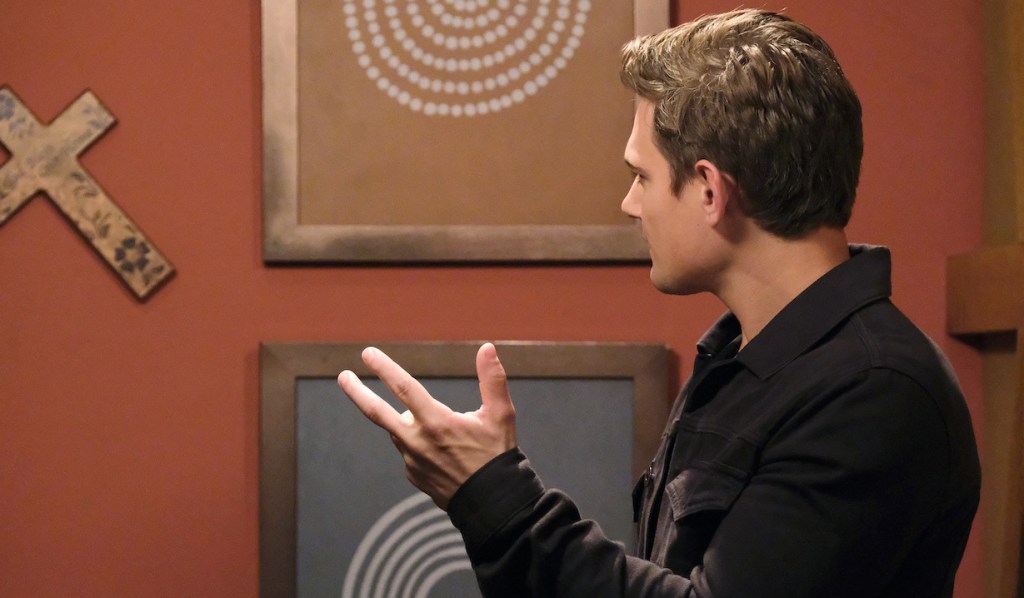 In the Square, Nancy demands to know what Craig and Chloe are keeping from her. Craig won’t discuss it with an audience and marches into the Salem Inn. Chloe urges her mother to follow him and listen. Brady embraces Chloe, as Nancy heads inside. As Chloe worries how Nancy will handle this, Brady reminds her Nancy is a formidable woman. Chloe gets emotional over losing the family she’s known since she was 15 years old. 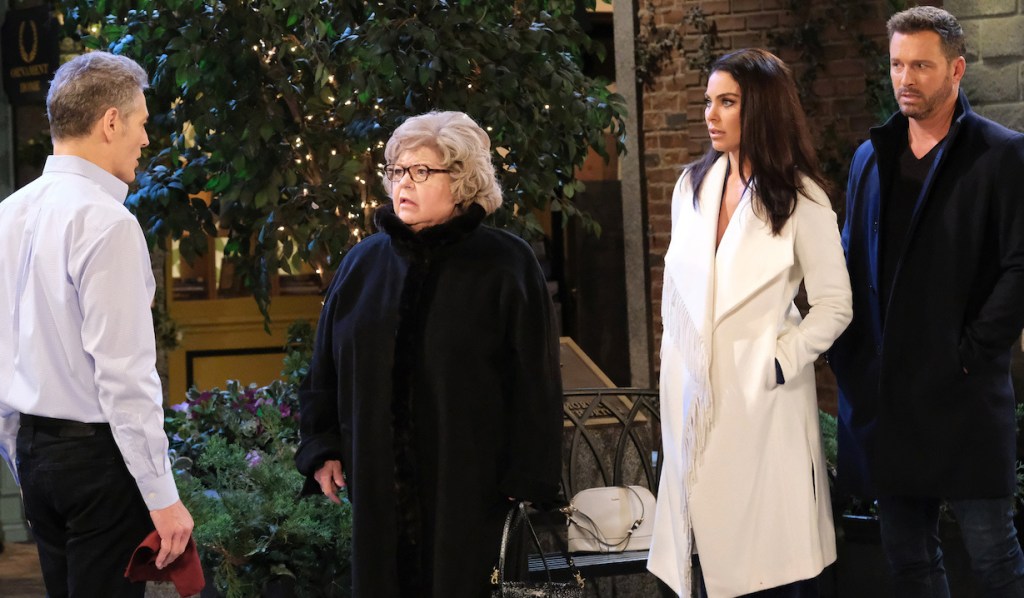 In their hotel room, Craig apologizes for hurting Nancy. Though upset, she thinks if they still love each other, they can get past it. He just needs to promise it won’t happen again. Craig can’t do that. He finally admits to her that he’s in love with a man. Nancy can’t believe she’s just been a cover story this whole time. Craig explains that when he was younger he was attracted to and slept with men. But it wasn’t what he wanted, so he put those feelings aside and married her. He loved her and wanted a life with her.

Nancy asks if Craig is bisexual. Craig declares he’s gay, but it doesn’t take away from their good marriage. Nancy retorts their marriage was based on lies, but wonders why he’s doing this now. Craig says he’s in love and there’s no turning back. He’s known the man for just a few months, but he’s helped him face things he’s spent his entire life trying to avoid. For the first time in his life, he knows who he is, and he can’t go back. Nancy declares their marriage is dead. Craig is dead to her, too. She orders him out and sobs.

More: Maddie and Chimney back for 9-1-1’s spring premiere? 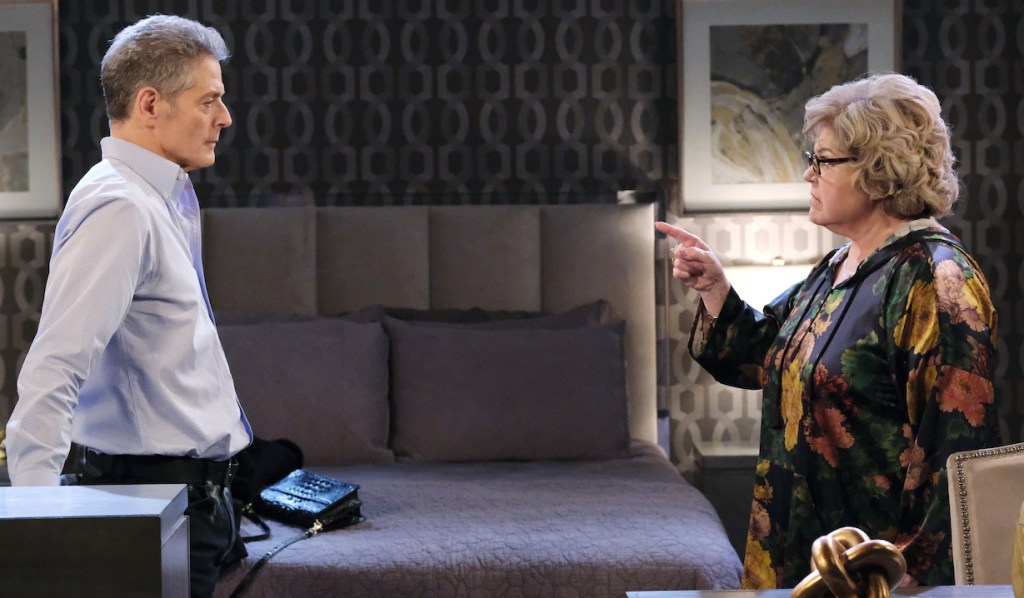 In the island mansion, Abigail demands to know where Steve and Kayla are. Kristen insists she didn’t kill them. When Abigail doesn’t believe her, Kristen opens the front door, encouraging her to go look for herself. However, she warns the jungle is a deadly place. After Kristen leaves the room, Abigail vows to find her aunt and uncle and get off that island.

Kayla stirs awake on a storage room floor, still in her nun’s habit. She remembers struggling for the gun with Kristen. It went off, but just hit a vase. Kayla yells out for Steve, and hears a noise coming from a trunk. She opens it to find him inside. He has a white cloth wrapped around his head, covering his eye. Kayla helps him out and they compare notes about Kristen. They deduce they’re in a storm shelter on an island. They agree to escape and find out who else could be there.

Next on Days of Our Lives: Chanel lets the truth slip, and Tripp has a secret plan.

The devil may still be after them, but “Cin” has more than earned the happiness they’re enjoying right now. Relive Ben and Ciara’s love story in our photo gallery below. 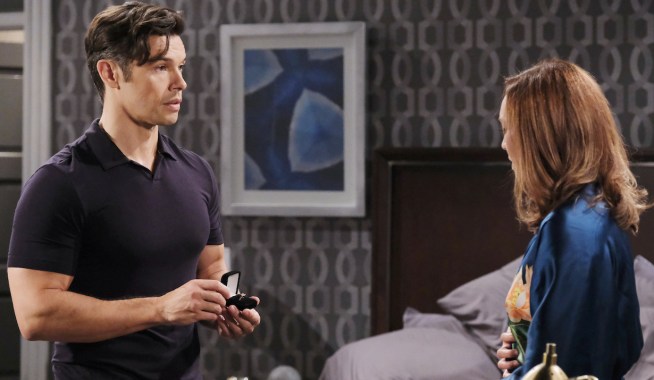 Xander Proposes To Gwen With Sarah's Ring, While Sarah Has a Surprising Reaction To Seeing Kristen

Chanel Accidentally Spills the Truth, Tripp Makes a Bold Move and Johnny Starts to Get to Gabi 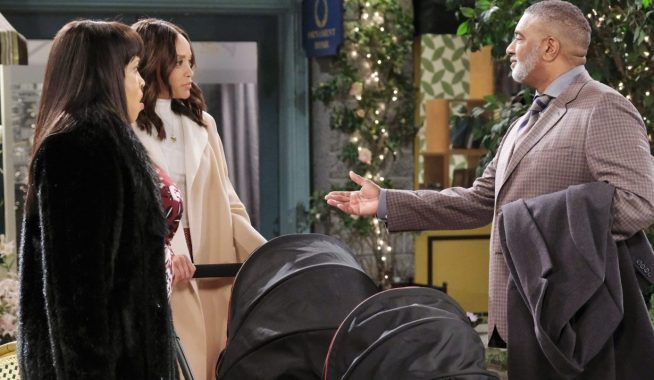