Nicole drops by the house to see Ava. They talk about Rafe’s arrest. Ava says she very much wants to believe that he was set up, but he didn’t automatically believe her innocence, so why would she believe his? Nicole asks what she’s talking about. Ava angrily chops carrots as she tells her about Rafe accusing her of attacking Duke. Nicole warily eyes her, as Ava goes on about how the old her would have handled things. However, she’s perfectly sane and law-abiding now. She’d never believe her best friend would hook up with the man she loves. She cryptically adds that she’s staying away from Rafe right now because she wouldn’t want her past connections to affect Rafe’s case. You know what I mean, she asks. Nicole knows exactly what she means. 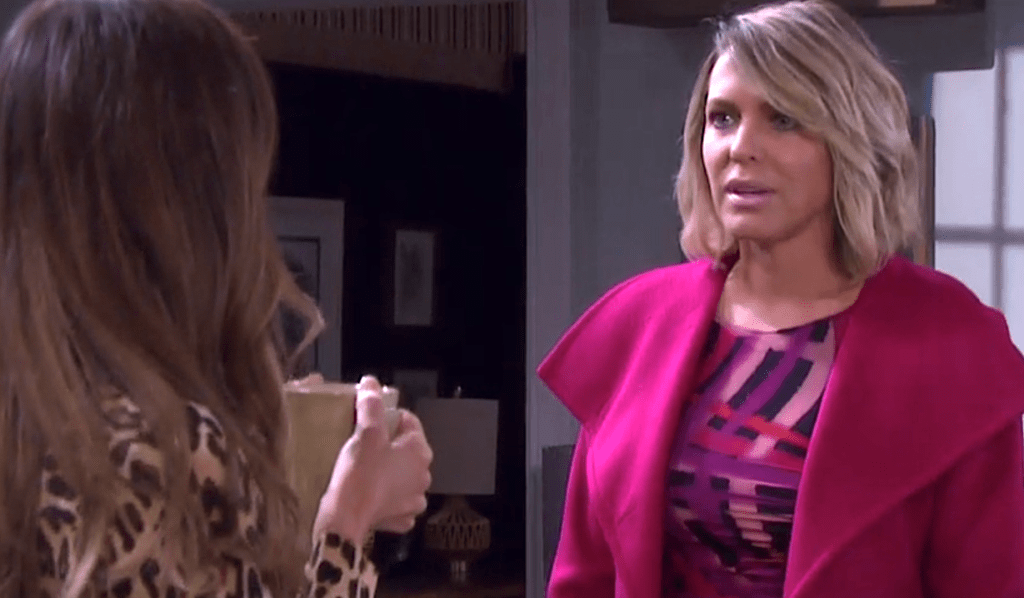 Shawn brings Rafe treats from Sweet Bits as a peace offering for arresting him. Rafe understands he’s just following orders. Shawn knows he’s being framed, but he can’t find a connection between his accusers. He asks if Rafe still thinks Ava is the one who set him up. Rafe has seen her be sweet on the surface, while plotting behind the scenes before. Shawn offers to look into Ava’s connection to the men who accused him. Rafe urges him to be careful.

Nicole shows up as Shawn leaves to investigate. She tells him she saw Ava, who she believes is guilty as hell.

More: Heartbreak ahead on Chicago Fire At home, Lani reads an article about Rafe’s arrest, as Abe comes to the door. He has a gift for the twins, but she assures him he never needs an excuse to come over. She gets them coffee as they talk about Paulina. She admits they are on better terms and hopes he and Paulina can be as well, someday. Abe doesn’t think he can ever trust her again, after she let him think he was Lani’s real father. Lani declares he is her real father in every way that matters. Abe knows, but reminds her she does have a biological father out there. He understands if she’s curious about him. Lani has zero interest in meeting Paulina’s abusive ex, or any children he may have. Abe is the father she always dreamed of, so why would she want anyone else as a dad? It means a lot that she still calls him Dad. It’s what he is to her, she says. Always.

In the squad room, Abe asks Shawn to step in as acting commissioner while Rafe is detained. He reluctantly agrees.

More: Yellowjackets season 1 finale left on us on several cliffhangers In the Square, Paulina yells for Ray to stay the hell away from her. He promises he won’t hurt her, but she says it’s too late for that. She wonders what he’s doing there. He explains he goes by the name T.R. now and is a movie producer. One of his filmmakers lives in town. Perhaps she’s heard of him — Johnny DiMera? She shouts that’s the son of a bitch who broke her daughter’s heart. He says, “You have a daughter?” She tells him her daughter has nothing to do with him. She had Chanel years after they spilt, and, Paulina lies, she’s her one and only. He knows it’s unforgivable the way he treated her in the past, but he’s not that man anymore. She knows a man like him doesn’t change, and never will. T.R. wants to take her out to dinner to remind her they were happy in the beginning, but she doesn’t want anything to do with him. Lani walks up with the twins, as Paulina orders T.R. to stay away from her and her family. Lani asks if everything is okay. 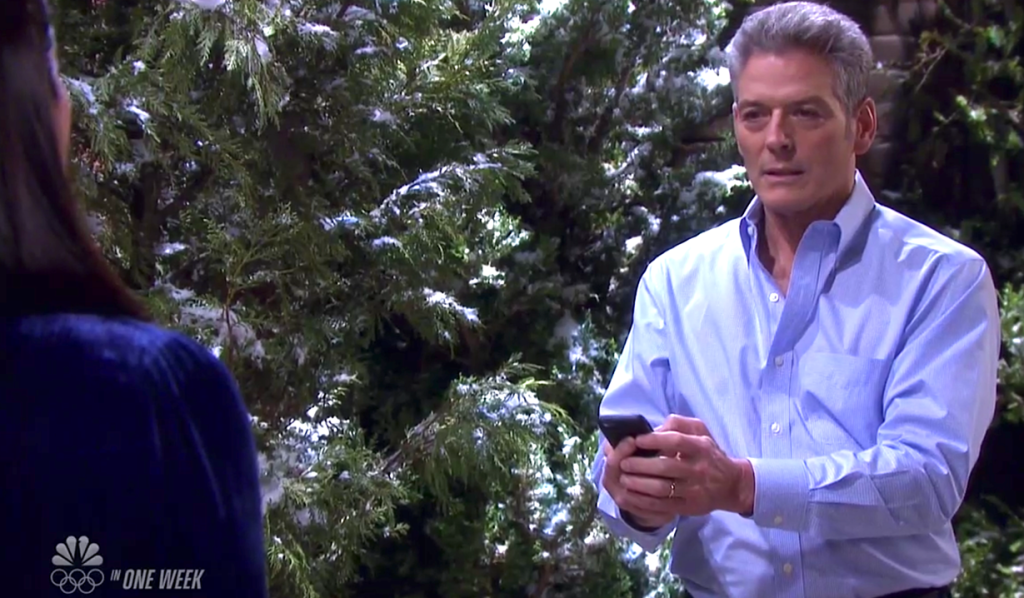 Outside the Pub, Chloe overhears Craig calling someone “sweetheart” on the phone. When he hangs up, Chloe accuses him of cheating on Nancy. Craig admits it. However, he’s not cheating with another woman, but a man. Confused, Chloe starts to cry and asks if he’s gay. He declares he loves Nancy very much, but yes, he’s attracted to men. If that makes him gay, then he’s gay. He tears up, and tells her about a guy he met who he shared great chemistry with. He never meant to hurt Nancy. Chloe insists Craig end it, but he can’t. He’s in love with him.

More: Chloe could get more family back in Salem

Inside, Nancy tells Brady she knows he is the only man for her daughter. Brady doesn’t think it’s that simple, but Nancy says it is. In fact, she will stay in town until she ensures they are on the road to happily ever after, just like her and Craig. She wonders what’s keeping her daughter and husband, and gets up to give Chloe her coat. 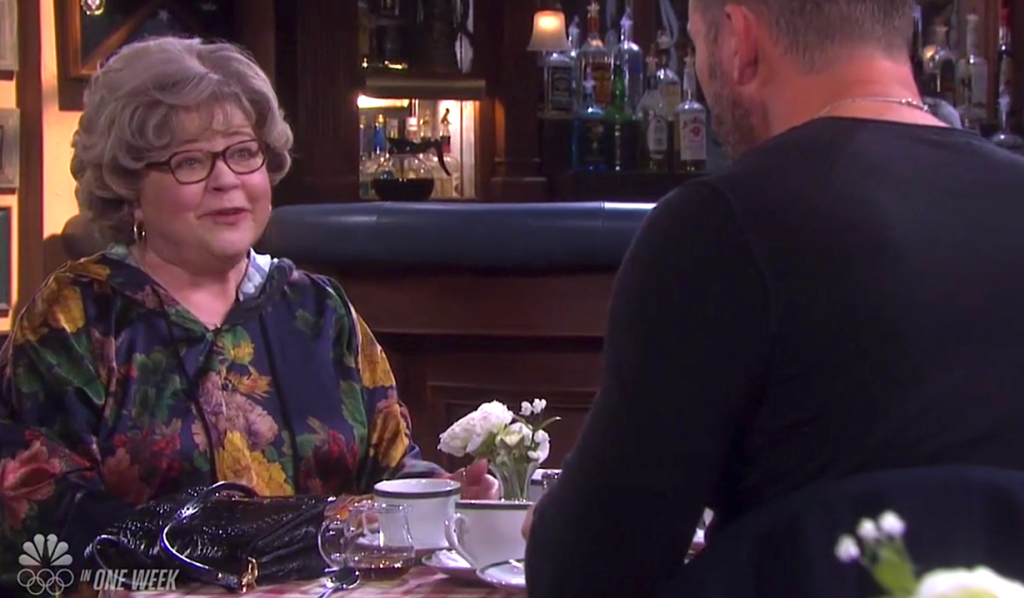 Back outside, Craig tells Chloe he’s never felt this way before. Chloe demands to know if he’s still in love with Nancy. Craig looks away, remaining silent. Chloe tells her father to respect Nancy enough to tell her the truth. Nancy finds them. Chloe says Craig has something to tell her. Before he can, Nancy announces they are staying in Salem.

Next on Days of Our Lives: EJ faces his sentencing, and Xander’s ready to leave the past behind.

Chloe’s been through a lot over the years. Take a look back at her history in our photo gallery below. 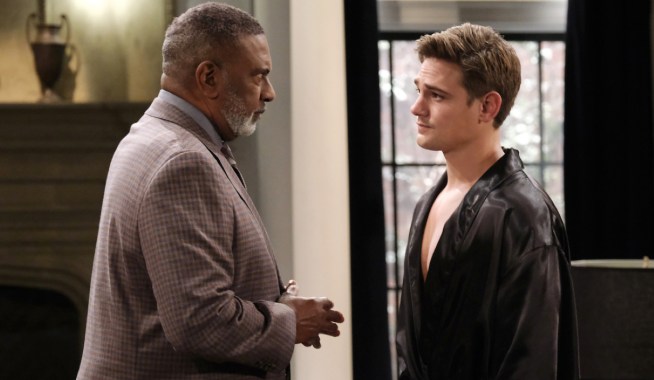 Johnny's Movie Producer Hits Salem to Demand His Film — and Run Into His Ex, Paulina 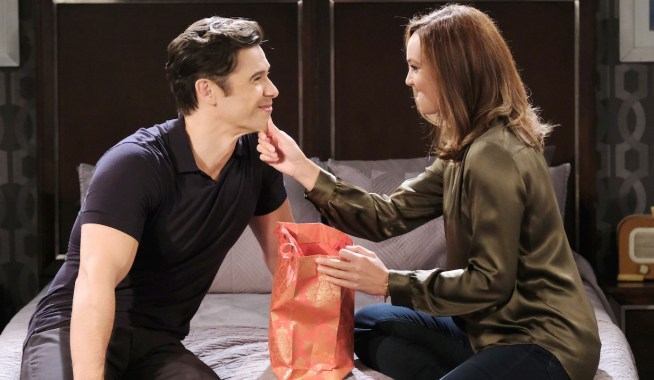