Johnny’s Movie Producer Hits Salem to Demand His Film — and Run Into His Ex, Paulina

Wednesday, January 26, 2022: Today on Days of Our Lives, Paulina runs into her past, "Johnny" makes a deal with the devil, and Chloe catches Craig in a lie. 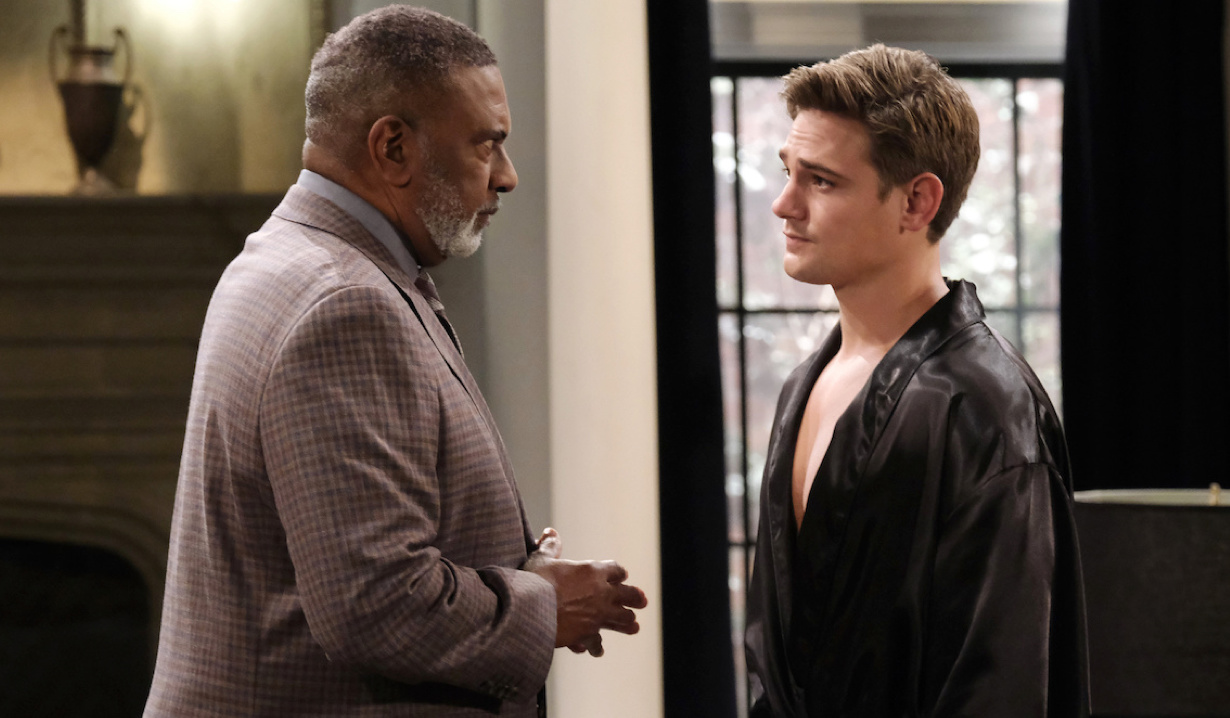 Craig and Nancy wake up in each other’s arms in bed. Nancy says she’s missed this. He has too. They kiss. She’s sorry she doubted him. He assures her there’s no need to apologize, or for her to feel insecure. She’s wonderful and kind and makes him laugh. Nancy appreciates that, but she needs to feel like he’s still attracted to her. Craig assures her he loves her. She cries as she tells him how happy she is with him. She gets out of bed to meet Chloe for breakfast. Craig falls back on the bed, sighing. 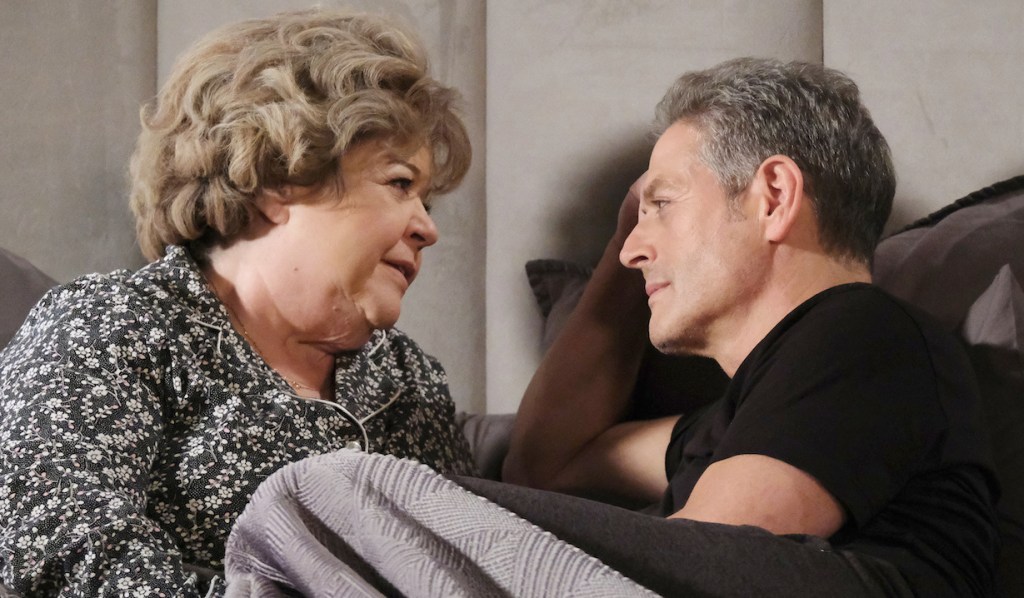 Brady joins Chloe at the Pub, as they meet Craig and Nancy. Nancy urges Chloe not to let her insecurities make her doubt the person who loves her. She knows she imposes too much on Craig to reassure her. Craig admits he’s been deficient in making her feel secure in their marriage, but he loves her. He’s deeply sorry he hurt her feelings. Nancy cries and they declare their love again.

As they eat, Craig gets a message from a patient and steps out to call them. Chloe and Brady tell Nancy how happy they are for her. Nancy thanks them for their support. Noting Craig’s taking a while, Chloe runs out to bring her father his jacket. She finds him around the corner and overhears him saying on the phone, “Honey, I miss you too.”

More: We need to talk about ‘Xwen’’s living situation 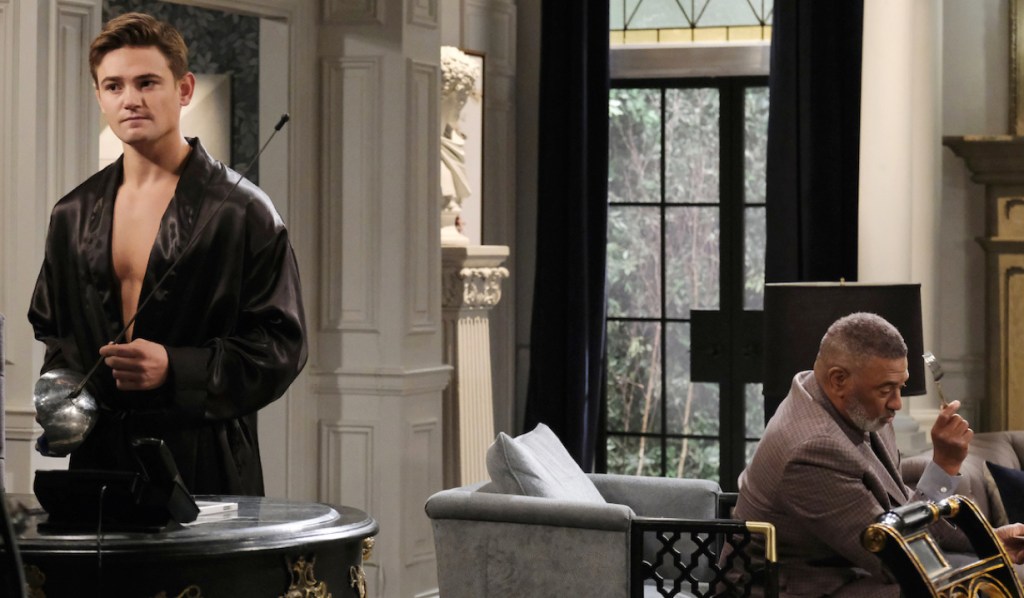 At the DiMera mansion, “Johnny” calls Gabi to make lewd innuendos and invite her over. He hangs up and opens the door to movie producer, T.R. Coates (played by William Christian). He reminds “Johnny” they had a deal, and now, he wants Possessed. The Marlena Evans Story. “Johnny” explains he promised not to tell his grandmother’s story. T.R. is disappointed and suggests he rectify the situation. “Johnny” lets slip the devil possessed Marlena again, which T.R. thinks lends itself to a sequel. “Johnny” says he has some thoughts on that. As T.R. rattles on about “Johnny” needing to be more cutthroat, JoDevil picks up his fencing foil. He stands behind T.R. as his eyes turn yellow. He says cutting throats won’t be a problem for him. “Johnny” retracts his eyes, and sits across from T.R., asking what he should tell his grandmother. T.R. proposes Johnny tell Marlena that he will ruin him if he backs out on the film. He really won’t, because he needs him, but that’s what “Johnny” will let her believe. “Johnny” feels like he’s making a deal with the devil, but T.R. assures him he’s a gentle soul — unless he’s crossed.

More: The Days affair that could reignite an intense family feud 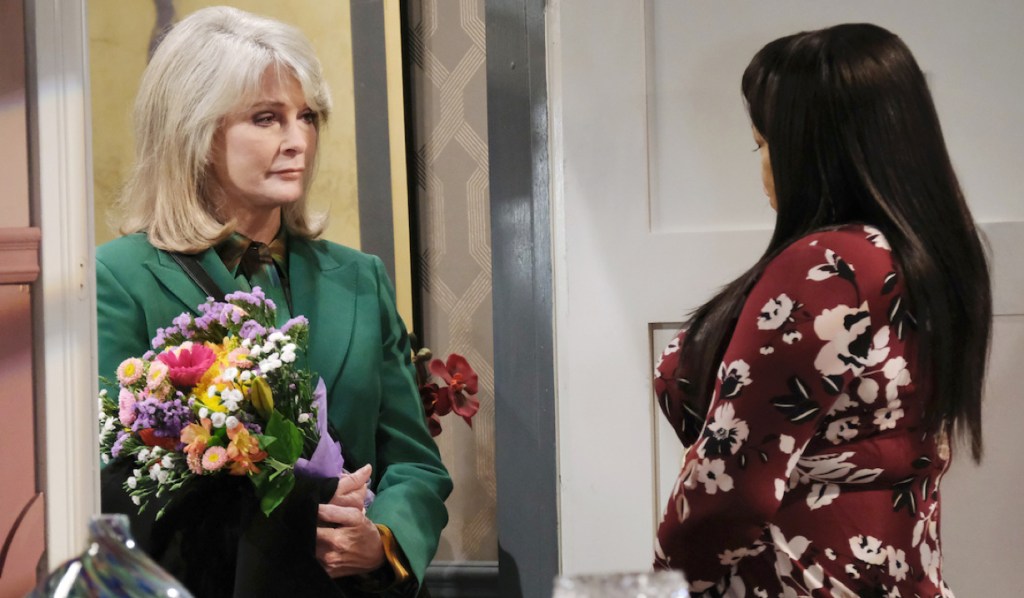 From her place, Paulina talks to her lawyer on the phone, demanding they take “Johnny” to the cleaners. She hangs up when Marlena comes to the door with flowers. She brought them as a small peace offering for what happened at her wedding. Paulina asks if the exorcism really took. Marlena assures her it did. Paulina lets her in, but reiterates how the devil blew her life to hell. However, she was the one keeping the secrets. Marlena wonders if she and Abe could find their way back to each other. Paulina knows Abe still loves her, but he’s made it clear he’ll never trust her again. She accepts Marlena’s flowers, as Paulina tells her how “Johnny” broke Chanel’s heart. Marlena is shocked to hear it.

Later, Marlena visits with “Johnny” at the mansion, after T.R. has left. Johnny says he’s sorry for hurting Chanel, and even sorrier for breaking his promise to her about the movie.

Tripp and Allie wake up in bed together. She pulls out a present to celebrate his becoming a full-fledged doctor. He opens a caduceus pin, which she calls a symbol of medicine. He explains that’s what the modern symbol represents, but the ancient symbol is associated with alchemy and thieves and liars. Allie looks off, flashing back to being in bed with Chanel. She snaps out of it. They passionately kiss and fall back on the bed.

Later, Tripp gets dressed as he says that was the perfect way to start the morning. She pins the caduceus on his shirt, as he asks if Chanel will be okay. She appreciates him asking. He knows she loves Chanel, so that means she’s important to him too.

More: Is Days preparing for a SORASed summer? 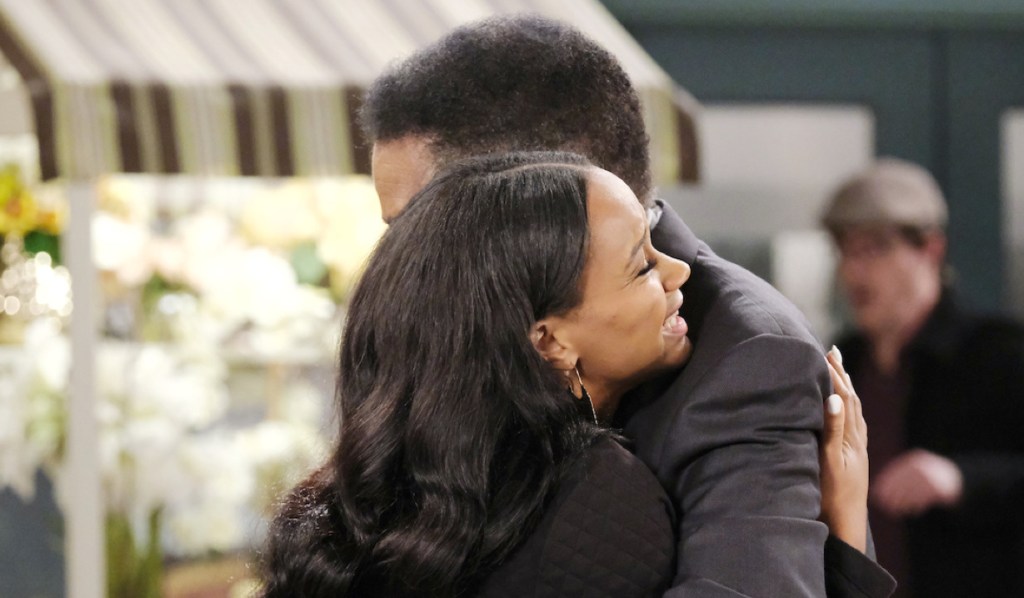 Chanel runs into Abe in the Square. She apologizes for ruining his wedding to her mom. Abe knows it wasn’t her fault. Chanel thinks all that bad karma came back to bite her anyway. They sit as Chanel fills Abe in on “Johnny” dumping her. Abe hugs her, as she grows emotional. He says he and Lani are closer than ever and he hopes they can stay close too — if that’s what Chanel wants. It definitely is. 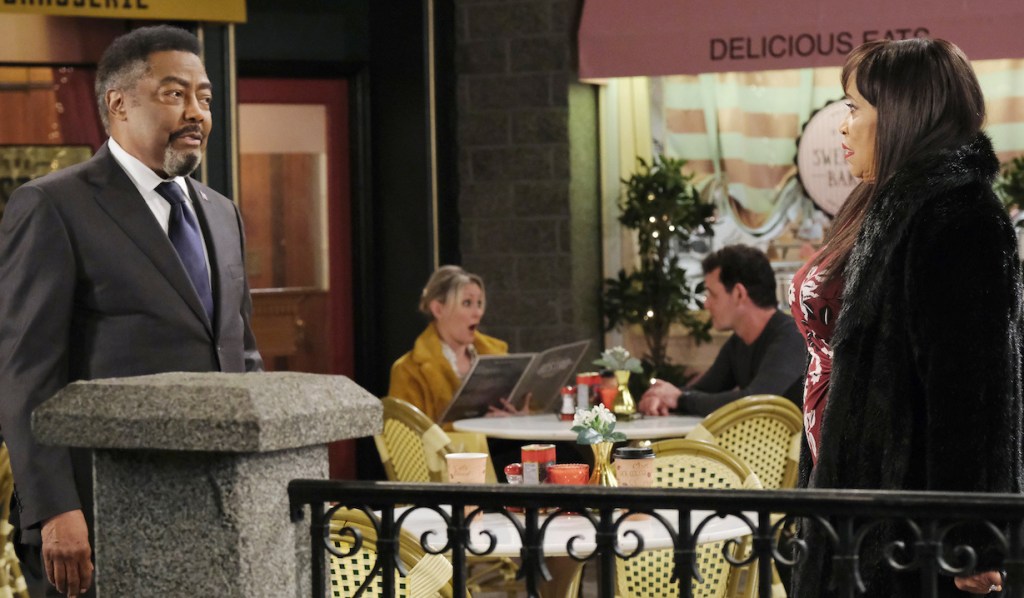 Chanel heads home, where Tripp stops by. He wants her to know he and Allie are there for her. She deserves better than Johnny DiMera.

Paulina passes through the Square and sees Abe. After awkwardly catching up, Abe leaves. T.R. approaches her. She says, “Oh my God. Ray?”

Next on Days of Our Lives: Craig confides in Chloe, and Ava and Nicole dance around each other.

Will T.R./Ray be Salem’s next great villain? See who he could join in our photo gallery below of daytime’s greatest baddies. 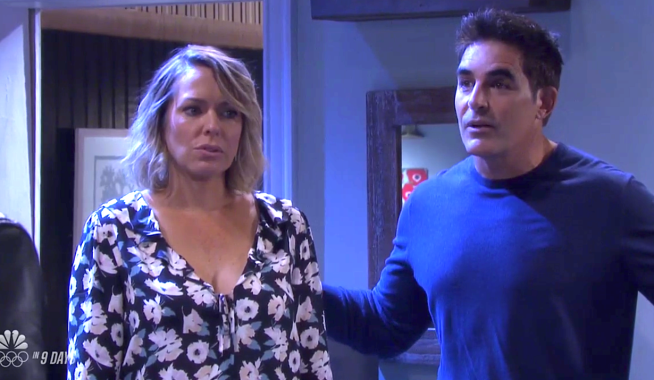 Ava and Gwen Pay Ned the Pilot to Deal With Abigail — Plus, Shawn Arrests Rafe 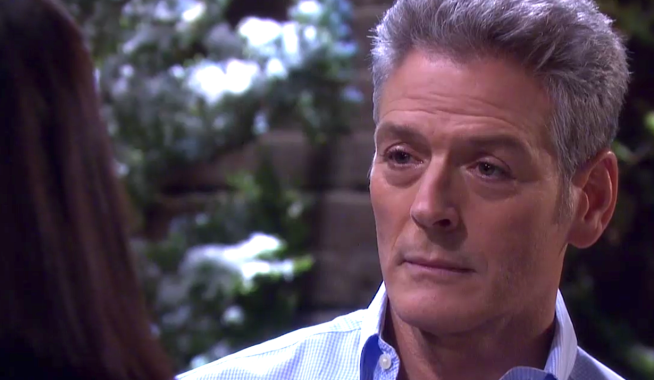