Wednesday, January 19, 2022: Today on Days of Our Lives, Gwen makes a desperate move, Kristen gets the upper hand on Patch, and Ava won't take no for an answer. 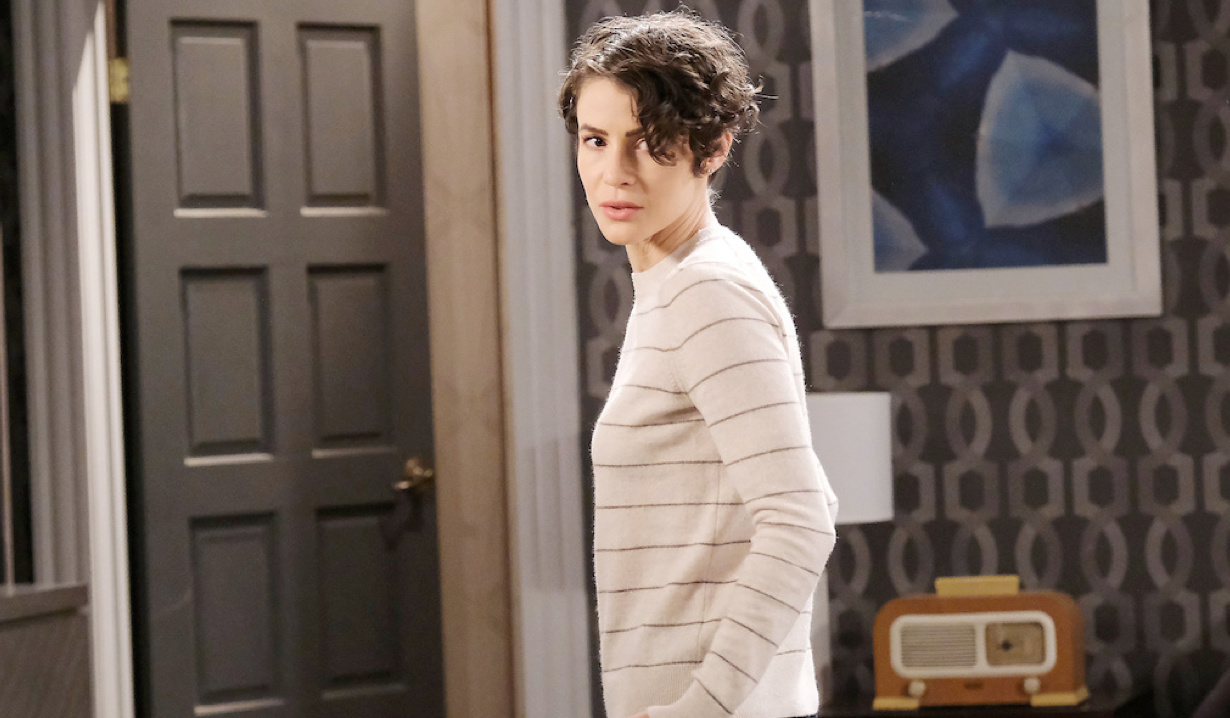 Kristen holds Steve at gunpoint in his Italian hotel room. She assumes Xander hired him to find her, but he denies it. She demands to know who paid him to come after her. Steve reluctantly admits it was Brady, who thinks she framed him for Philip’s disappearance. She says she wouldn’t think twice about framing Chloe, but she’d never do that to Brady. Steve thinks they’re all good here then, but Kristen can’t let him go. She reveals she has his weapon, and aims a gun in each hand at him.

More: Questions for season 2 of Yellowjackets 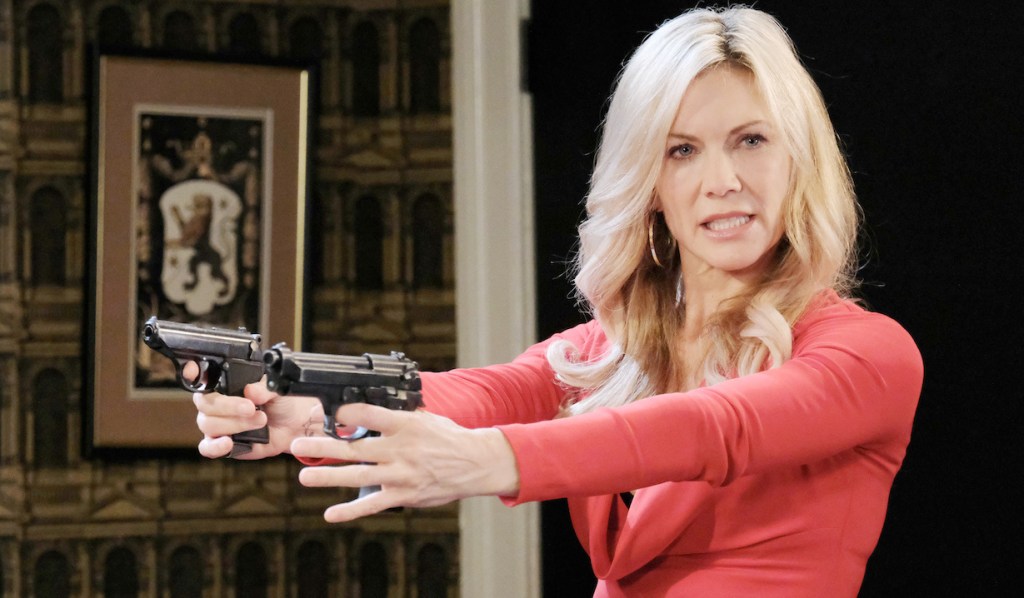 At the convent, the Reverend Mother catches “Sister Mary Elizabeth” snooping around her desk. Kayla trips over a lie that she was looking for a bible. Skeptical, the Mother asks her to recite a few verses. Kayla passes her test, but the Mother still goes to the desk and locks the drawer. When alone again, Kayla texts Steve. Wearing an eyepatch, Kristen responds as Steve, who lies motionless on the hotel room floor. 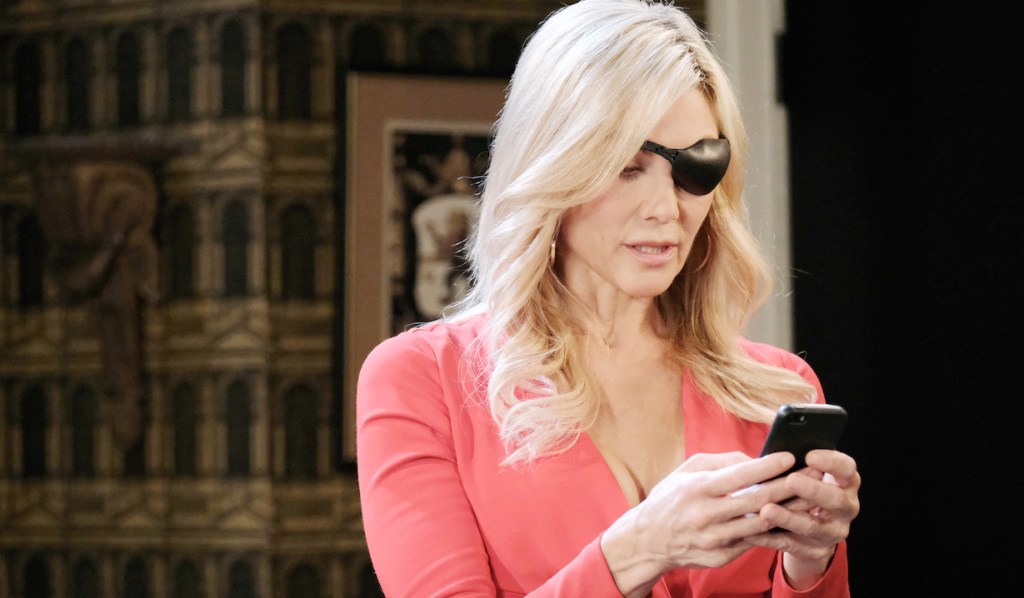 At Brady’s Pub, Abigail and Xander show Ned, the pilot, a photo of Sarah. He says he doesn’t recognize her. Abigail warns she can dig up dirt on him, so he takes another look. He confirms that she hired him to fly her out of Salem, but he can’t tell them her location. It was part of their deal. However, he is willing to give it up in exchange for cash. Xander tells Abby to pay him, but she can’t ethically do that. Xander suggests she pay him as someone looking for their cousin and as not a journalist. Abigail points out if anyone found out, it would compromise the integrity of the paper. Xander says he’ll get the money himself and heads to “The First National Bank of Kiriakis.” The pilot gets up to stretch his legs. He’ll be back in an hour. 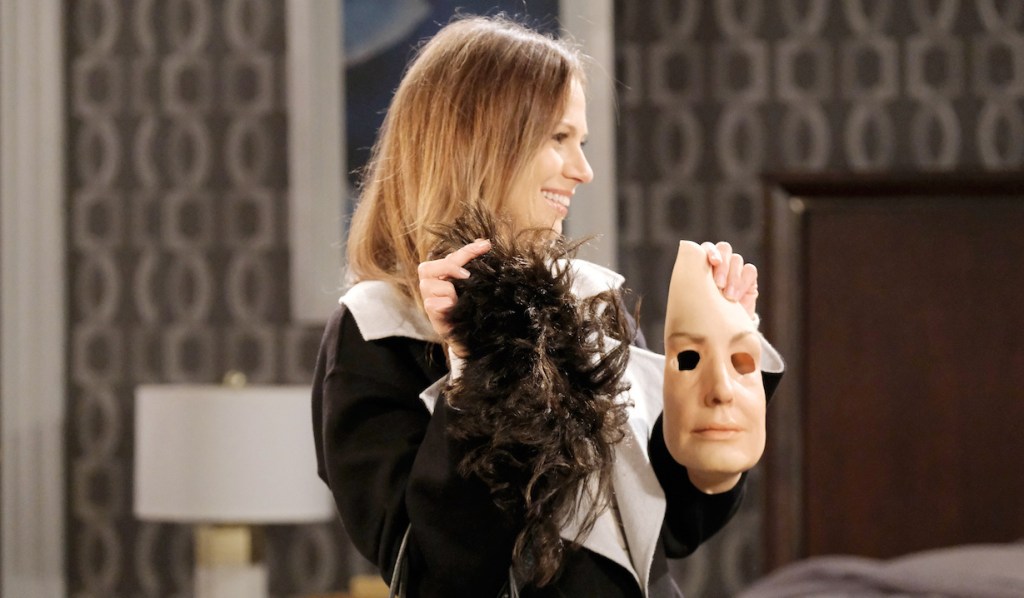 In her Horton Square hotel room, Gwen opens the door to Sarah. Gwen panics until “Sarah” takes off her mask, revealing she’s really Ava. Gwen reels wondering what in the actual hell is going on. Ava explains Kristen sent her the mask. Ava suggests Gwen wear it to tell Xander, as “Sarah” that she doesn’t want anything to do with him, and that he needs to stop looking for her. Gwen isn’t sure she can pull it off, but Ava thinks there’s only one way to find out. She urges her to try it on. 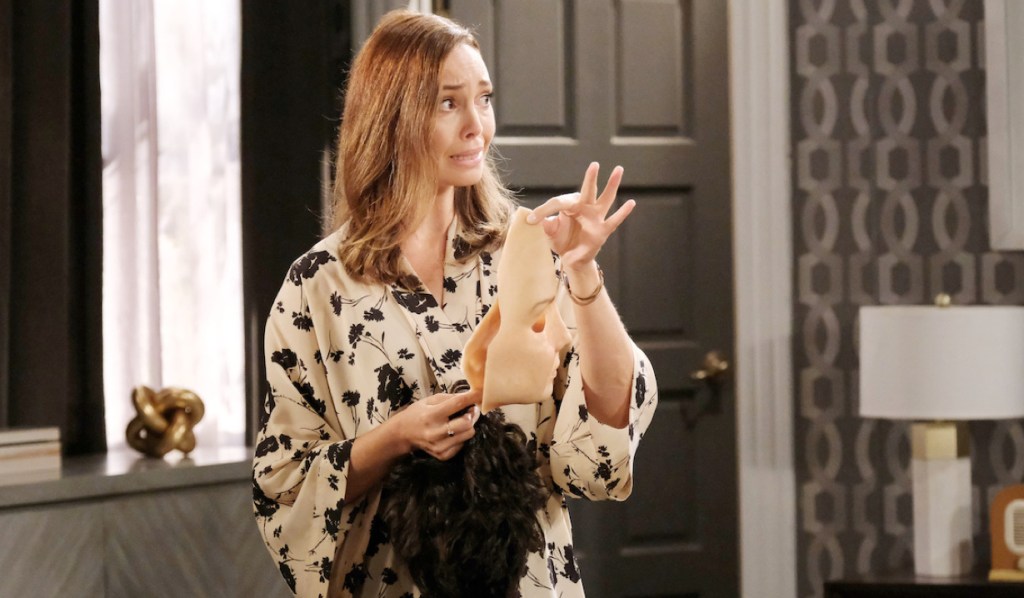 Gwen comes out of the bathroom in the Sarah mask, but she still sounds like herself. Ava fiddles with the back of her head and Gwen’s voice changes to Sarah’s. However, she’s still unsure she can fool Xander. Ava suggests she take a test run.

“Sarah” surprises Maggie at the Kiriakis mansion. Maggie’s thrilled to see her, but wonders why she hasn’t reached out. “Sarah” says she needed Xander out of her life and wanted to make sure he didn’t follow her. She adds she never wants to see him again, as Xander walks in. “Sarah,” he says, breathlessly.

More: Ejami and Ejole get animated 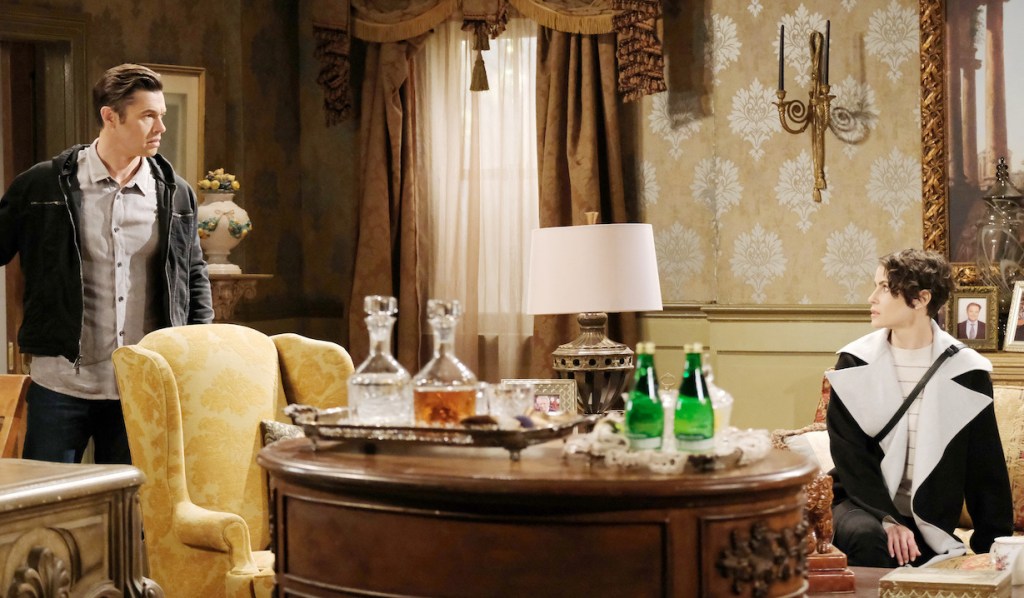 Rafe finds Nicole at Basic Black trying to move the conference table. She tells him it reminds her of something that never should have happened. Speaking of… why he is even there? Rafe tells her about the bogus complaints about him at work. He thinks it was Ava. Nicole doesn’t think that makes sense. Rafe retorts, unless Ava knows what they did on that table. Nicole does remember seeing him and Ava hugging in the Square, and Ava giving her an unsettling smile. Ava shows up. She insists the three of them have dinner tonight at the Hernandez house. She won’t listen to any excuses. 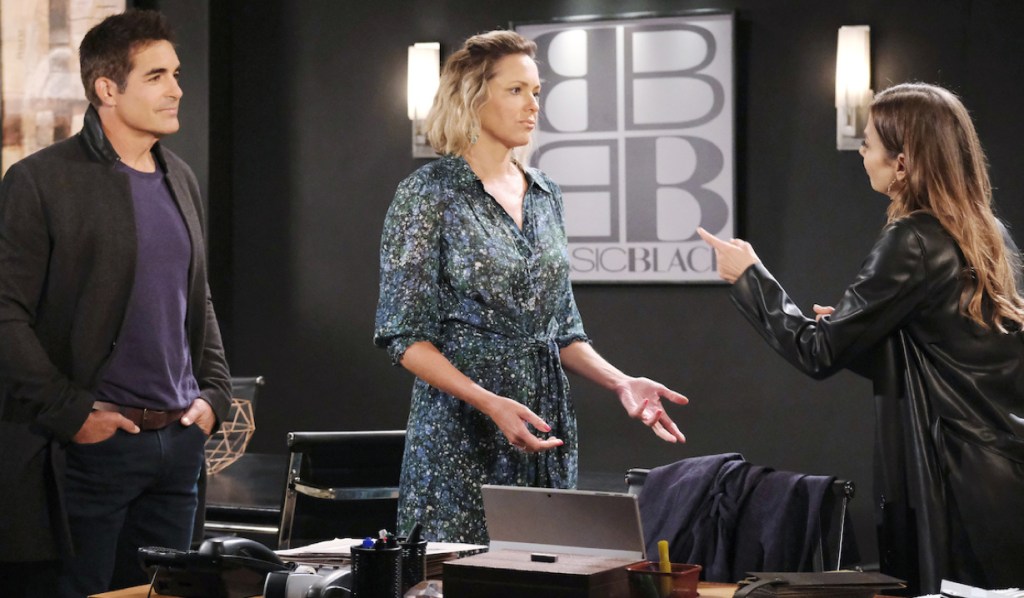 Next on Days of Our Lives: Xander questions “Sarah”.

Gwen has taken things too far, but she probably does have a right to worry. Take a look back at Xander and Sarah’s romance in our photo gallery below. 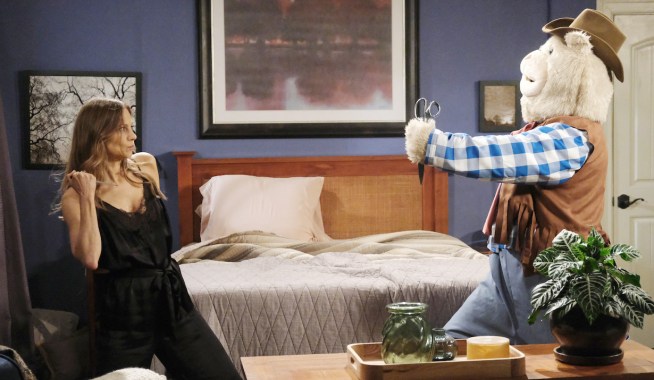 Ava Battles a Life-Sized Duke, While Gwen's Literal Nightmare Turns Into a Reality 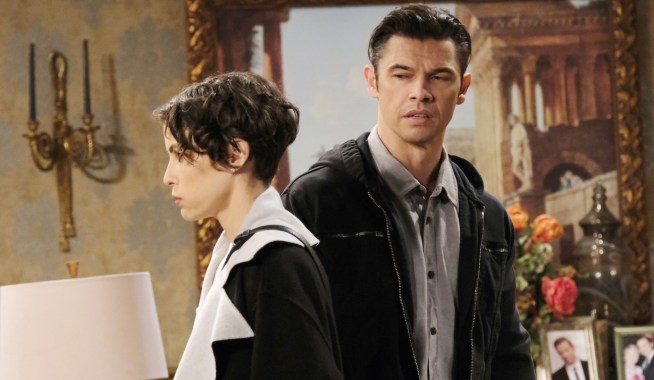