Thursday, December 16, 2021: Today on Days of Our Lives, Kate and Victor make a difficult decision, Brady starts to remember, and Gwen does her best to keep Xander from Rex. 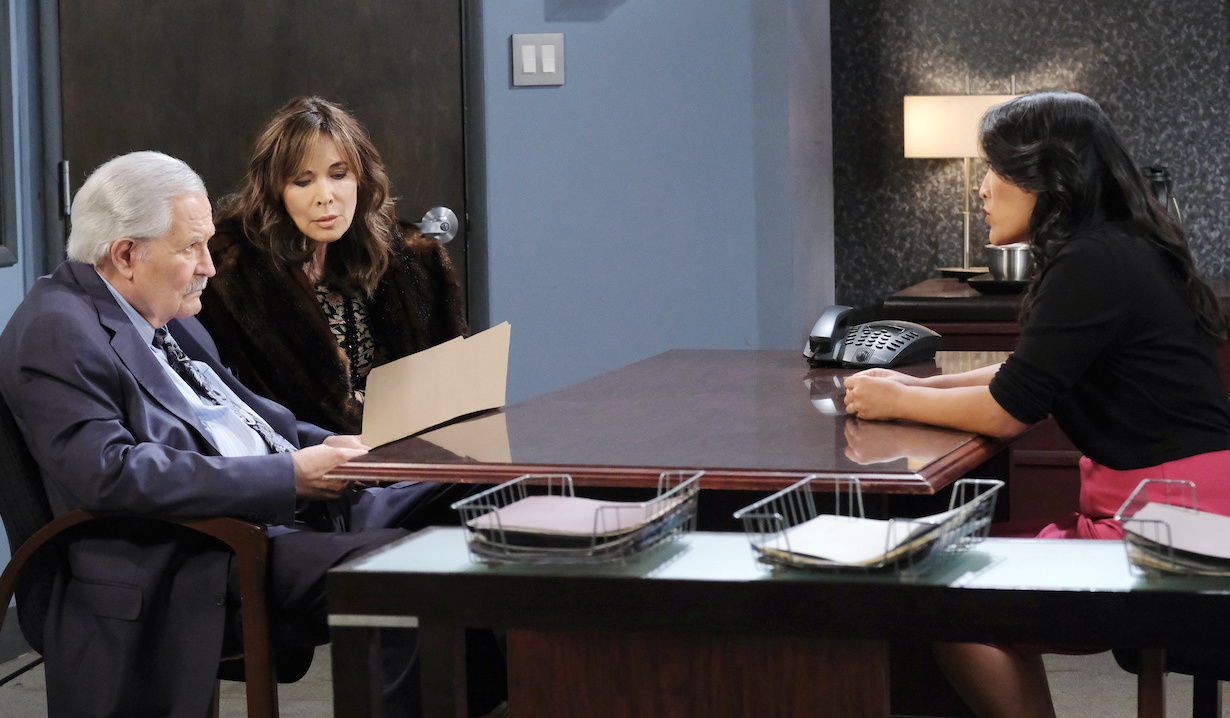 At the station, Eli gets word from the dive team that there’s no further evidence of Philip in the river. Trask stalks in, demanding he and Lani arrest Brady. In unison, they say, “No.” They remind her there’s no proof. Trask rails at them for not doing their jobs, while throwing Lani helping Kristen in her face.

Rex and Roman sit with Kate in the Square. They assure her they’ll get through this together. Kate rants about Brady, but Rex reminds her there’s no proof he did anything to Philip. She goes off on her son, before worrying Philip doesn’t know how much she loves him. Kate gets a call from Trask asking her to come to the station.

More: Sonny’s the voice of reason in A Very Salem Christmas 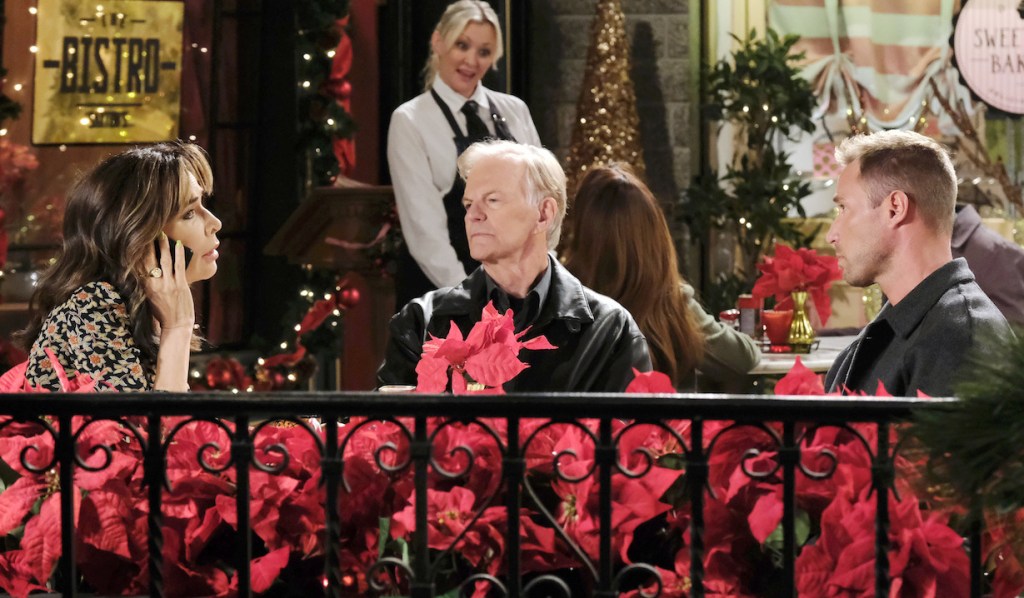 In the Kiriakis living room, Maggie finds a somber Victor looking at a photo of Philip. He tells Maggie that Philip can’t be dead. He has to see him again to tell him how sorry he is for the way he treated him. Trask calls to ask Victor down to the station.

Alone in her hotel room, Gwen worries about Xander running into Rex while he’s out for a paper. She looks out the window and sees Rex in the Square. She panics, as Xander returns. He suggests they head out to get a bite to eat. Gwen suggests room service, but Xander is tired of being in their room. When she can’t convince him to stay inside, she takes off her shirt. They start kissing and fall back on the bed. 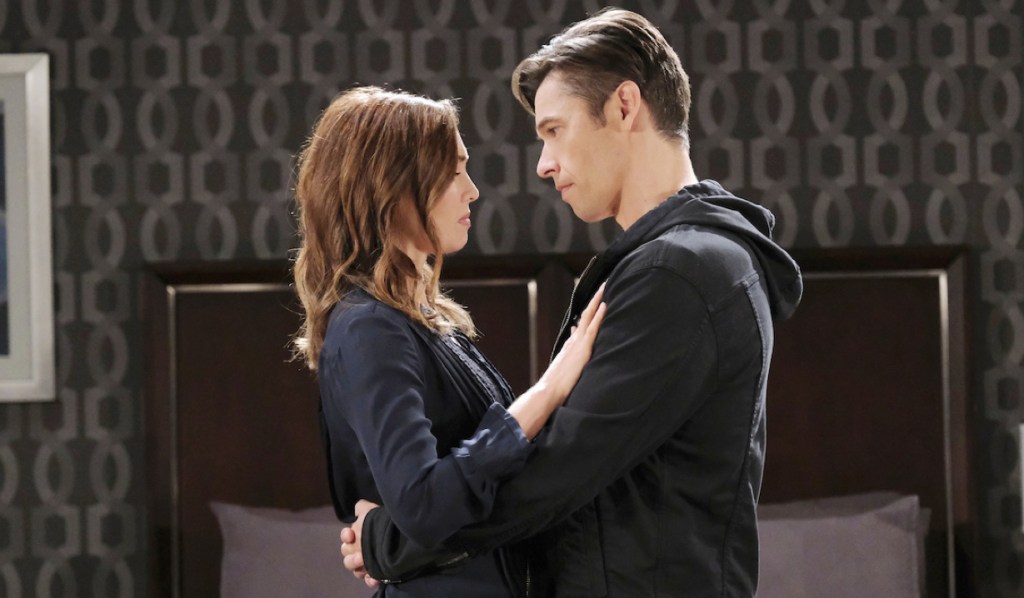 After sex, Xander jumps out of bed and heads to the shower. He says she gave him reason to never want to leave that room again. When he shuts the door, Gwen looks down to the Square, but Rex is still there. She needs him to go so Xander won’t run into him and learn he isn’t with Sarah. When Xander gets out of the shower, Gwen suggests they go on a getaway to London. They can stay at her friend’s place for free.

After Kate has left the Square, Roman and Rex muse on Philip’s fate. Rex is doubtful he will be found alive. Roman suggests they go back to the Pub to wait for Kate. Gwen peers out the window to see Rex has left before she and Xander leave their room with suitcases. 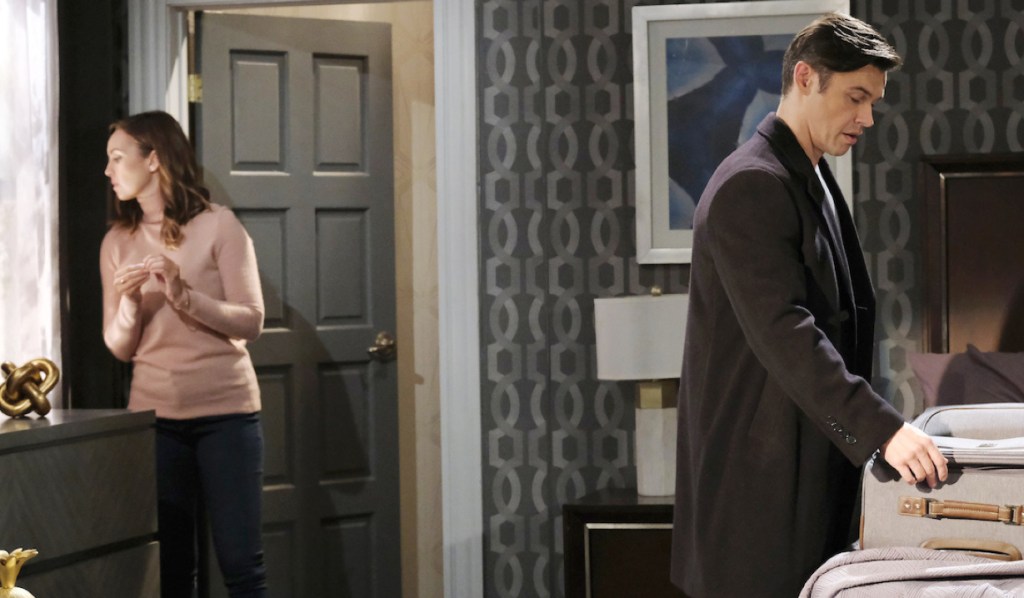 Later, Rex returns to the Square searching for something at the table. Xander and Gwen exit the Inn and see him.

Kate meets Victor in the interrogation room. Trask follows in and tells them there’s no new evidence about Philip’s death. But she can arrest Brady for his murder if there’s proof of death. They just need to sign papers declaring Philip legally dead. She leaves to give them time to discuss it. Victor tells Kate he’s not ready to accept the fact that his son is dead. Kate isn’t either, but they have to accept that Brady put Philip at the bottom of the river. She wants him behind bars, now. Victor just stares at her. She lists all the things Brady has done to Victor and orders him to sign the damn paper.

More: When is Dr. Choi returning to Chicago Med? 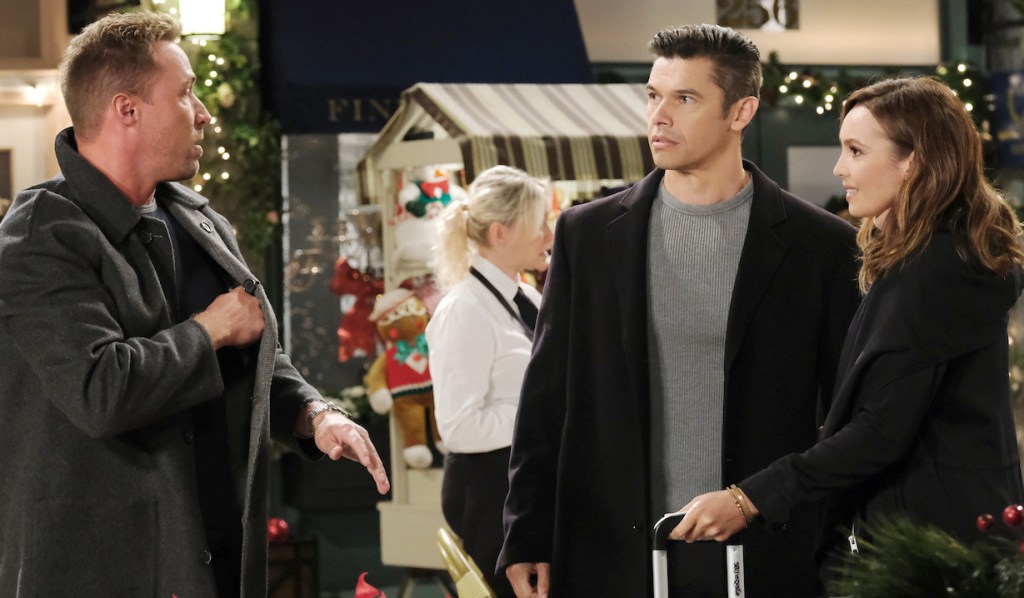 After getting discharged from the hospital, Brady comes to work. He finds Chloe at her desk. He tells her about the whisky bill found on his credit card bill. He assures her he doesn’t remember buying them or drinking them. He didn’t want to hide it from her, or the fact that he ordered a drink a couple of weeks ago. He again assures her he didn’t drink it. She asks why he felt he needed a drink. Brady admits it was because of his feelings for her and not being able to act on them. He says he needs to go back to the river to try and remember what happened. Chloe declares she’s going with him.

Kate returns to Roman at the Pub, while Victor returns to Maggie at home. Victor tells Maggie what happened at the station. He says, “God forgive me, I signed the damn paper.”

At the river, Chloe brings Brady to the spot where she found him. Brady’s eyes go wide as he remembers saying, “Philip get your hands off me.” Trask shows up with Eli to arrest Brady. Eli reluctantly puts cuffs on Brady while reading him his rights.

Outside her room at the Pub, Kate tells Roman she wants to be alone. They kiss and he hugs her. After he walks away, Kate opens her door and jumps back in shock. Philip sits on her bed with a big grin on his face.

Next on Days of Our Lives: MarDevil has another trick up her sleeve, and Xander gets clued in.

Philip’s alive! And seemingly very pleased with himself. Look through the many unethical things he’s done over his lifetime in our photo gallery below. 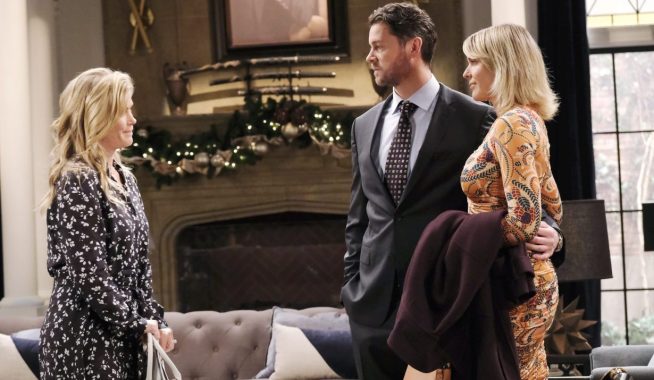 Philip Giddily Recounts His Story to a Concerned Kate — Plus, Kayla Kisses MarDevil Who Pays a Villainous Salemite a Visit 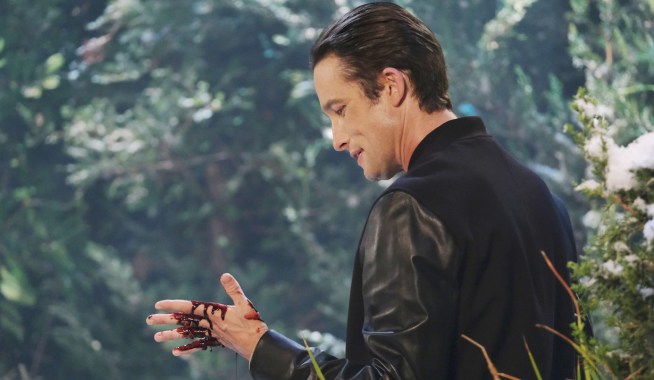