Wednesday December 15, 2021: Today on Days of Our Lives, MarDevil faces off against John's rescuers, Sami makes a move on EJ, and Nicole tells Rafe to leave her alone. 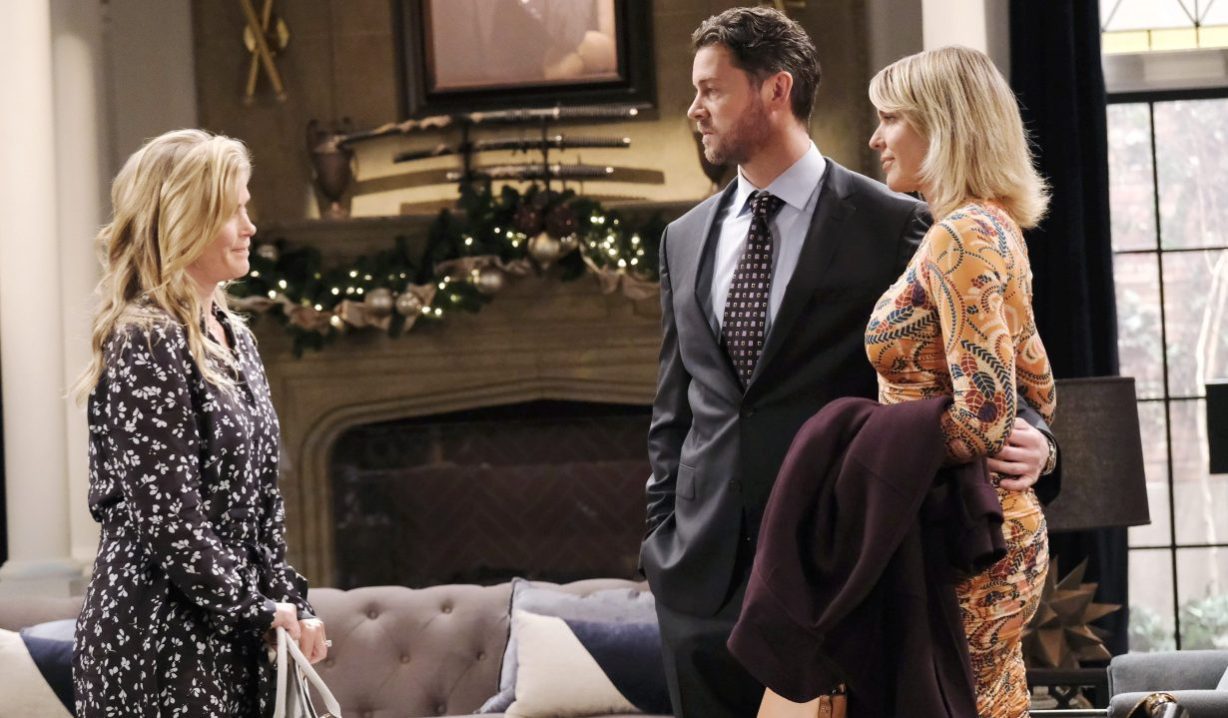 As we get into Salem, Rafe and Nicole are kissing passionately when she stops and slaps him. “Who the hell do you think you are, Rafe Hernandez?” she demands. “We are in the middle of the square, you idiot.” She then calls him a jackass for good measure. Rafe asks why she’s been acting like she wanted him to kiss him while hooking up with EJ. Nicole snaps that she has every right to do what she wants with her life. Ava, naturally, walks up and wants to know what they’re talking about.

Nicole covers by saying they were talking about Philip’s disappearance, and Ava shrugs it off saying she hardly even knew him. Ava then talks about how great a friend Nicole is and admits she’s surprised to see them together after they’d vowed to stay apart. No, no, it’s fine, she insists until Nicole walks off. “What was that all about?” she asks Rafe.

Rafe plays dumb. But when Ava pushes, he says it’s because he tried telling Nicole EJ was no good for her. Ava thinks they would make a great couple. What was his problem? 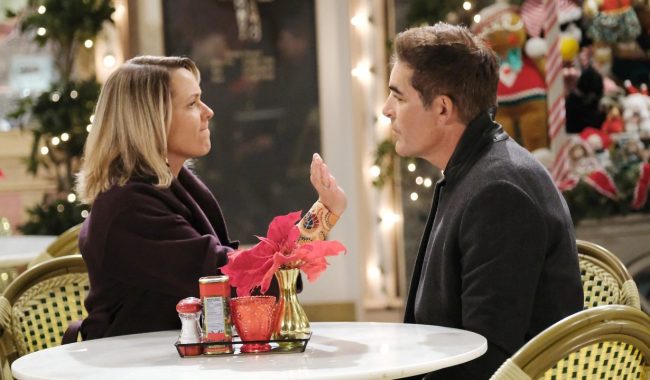 Allie insists that Sami’s still in love with Lucas, but is too stubborn to admit it. Lucas is skeptical, but Allie pushes their reconciliation. Lucas agrees that EJ’s garbage, and he’s the one who rescued Sami, but it doesn’t matter. “She couldn’t wait to get back to him,” he says, “just like always.” And finding him with Nicole will just make her want EJ more. They then take a brief detour wondering what happened to Philip, and off into MarDevil territory. Allie says she prays for them every night, and for Lucas and Sami getting back together. EJ treats Sami so terribly, she needs to get away from him. Allie then speculates that maybe EJ kidnapped her mom. But yeah, Lucas says probably not and starts getting awkward. 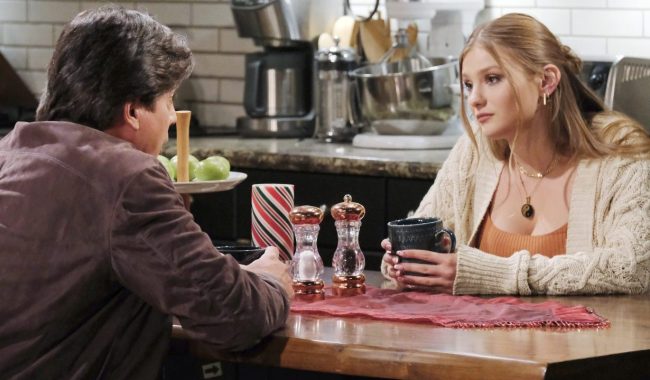 EJ’s surprised to see Sami waltz into his house, but she puts him in his place, saying, “EJ, put the phone down and stop getting your knickers in a knot.” She serves him with divorce papers, only to discover he’s clutching his wedding ring. EJ plays it down, saying he was going to throw it away, but Sami ignores him and tears up the divorce papers with a self-satisfied smile. She’s not ever giving him a divorce because she still loves him, and he loves her. No, he says, he’s with Nicole now. “Nicole Walker is a dime store version of me,” Sami snipes. Yeah, but she’s better in bed, EJ taunts. That does it. Sami’s pissed, so she grabs him and pulls him into a kiss, insisting Nicole’s not hotter than her.

More: Watch Brandon Barash fake out his love with a surprise proposal

“You are never getting rid of me,” Sami says when they separate, “but that’s okay, because you don’t really want to.” If he forgave her for shooting him in the head, sleeping with Lucas is nothing. Even twice. Besides, EJ deserved it. He wants to know why she won’t just walk away, then. Because, Sami explains, she could never stop loving him. Nor does she want to. And he doesn’t want her to. That’s when Nicole walks in, rolling her eyes.

“Samantha lives in a world of her own making,” says EJ. “Gotta be a scary place,” Nicole quips. They then spar a bit more, Sami calls Nicole trash and walks out. 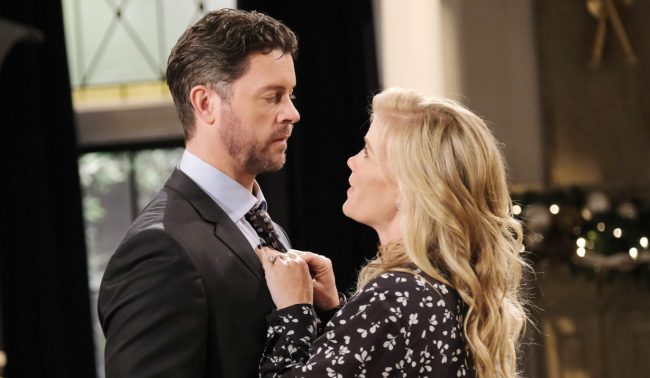 Just as Ciara promises Susan that no one’s getting to her or her baby, there’s an ominous knock at the door. It’s just Belle, though, but Ciara still greets her with a bat and demands to know Claire’s safe word. Belle passes the test and gets in. Ciara gives her the rundown on how MarDevil worked her way into their lives, then agonizes over leaving Ben alone with Satan. Belle says she needs to go up to the cabin in person, but Ciara begs her not to.

It’s fine, Belle insists. Love can conquer evil, and she’s her mother’s daughter, so she has the weapon needed to conquer the Devil. Ciara tries going with her but gets shut down.

Ben rehashes the bonkers news that Marlena’s possessed. Again. He’s understandably incredulous, especially as she keeps playing the victim angle. Shawn struggles and fails to free John, then turns to Ben. “Look,” he exclaims, “she’s using the devil’s powers right now!” That’s enough for MarDevil to drop the act and go full eye-glowing, voice-dropping evil. It still takes Ben a little to catch up, as the Devil switches tactics from sympathy to taunting him over his own evil and the coming the evil of his “precious child.”

Finally Ben starts to understand what’s going on. “A brain cell has been detected,” MarDevil taunts. She then explains that the baby will be the “perfect combination of Brady goodness and Weston evil.” Ben puts on a brave face saying she’ll never get Ciara or their baby, then tries launching an attack. MarDevil gets personal, conjuring “a necktie, for the necktie killer,” to strangle Ben. 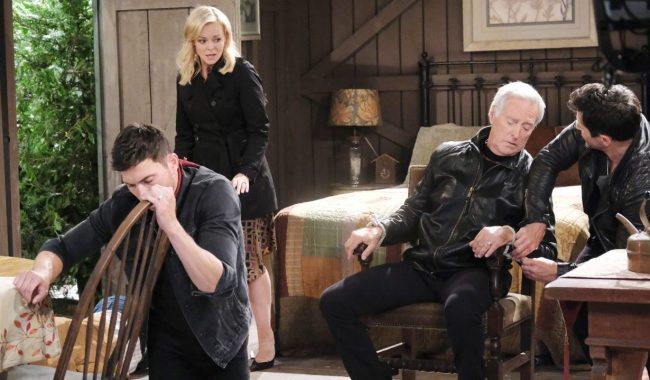 In the show’s last few minutes, Ava asks Rafe if he’d tell her if he was having second thoughts about them. She’d actually seen him making out with Nicole. EJ insists he and Nicole are perfect together, despite both looking unsure. Sami visits Allie and Lucas and says she won’t ever give up on EJ. Lucas says he’s never giving up on her. Ben makes it back to Ciara, then they barricade themselves in the apartment. And MarDevil plots Belle’s demise.

This is far from the first time Rafe’s struck out when it comes to love. Revisit his failed romances with our gallery of Rafe’s life, from father figure to failed romancer. 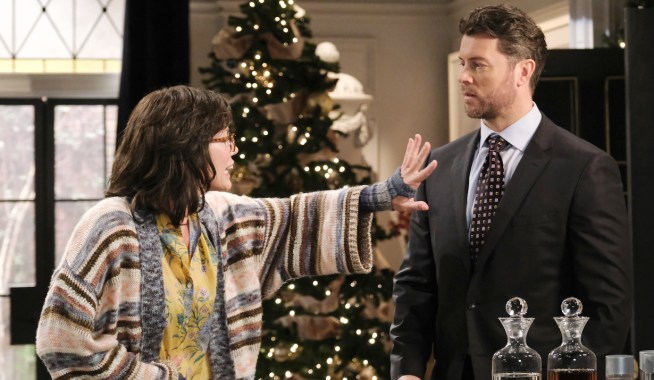 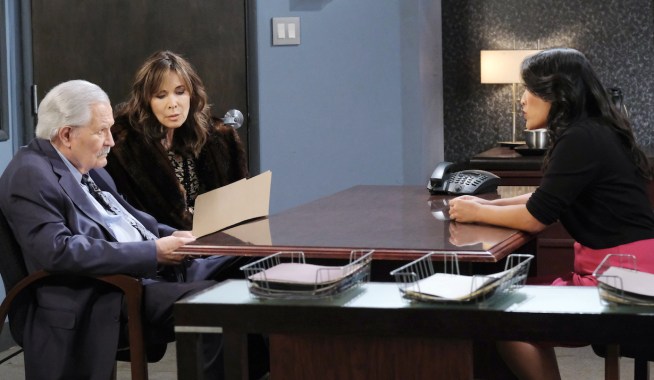