Chloe Gets Devastating News After Brady’s Rushed to the Hospital — Plus, [Spoiler] Crashes Roman and Kate’s Romantic Dinner

Monday, December 6, 2021: Today on Days of Our Lives, a return threatens Gwen's plans, Rafe brings Xander in for questioning, and Chloe is gutted. 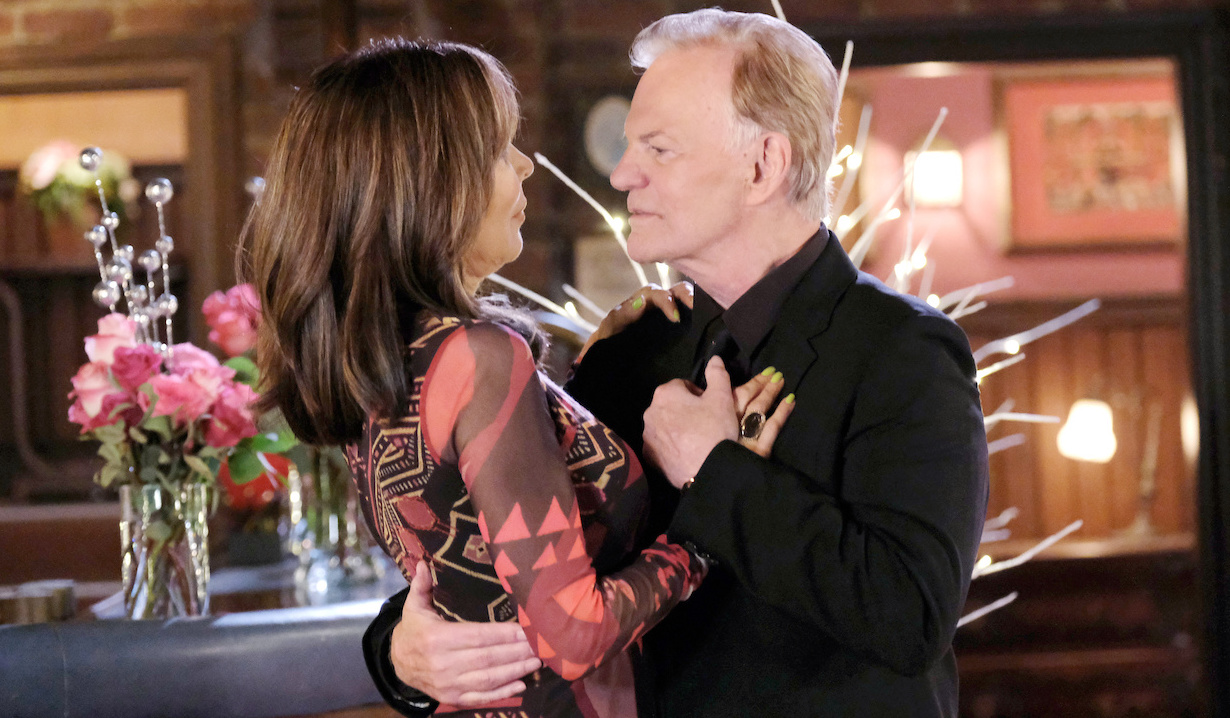 Gwen enters her and Xander’s Salem Inn room. Xander suggests they go out for dinner, but she wonders how they’ll pay for it. Xander says, “Who said anything about paying for it?” She can’t believe he wants to dine and dash at Julie’s Place, but he thinks it’d be fun. Besides, after the way Julie has treated them, she owes them. Gwen worries she’ll call the cops, so it might not be worth the risk. Xander relents and pulls out the credit card he just got in the mail.

More: Sami’s back and none too pleased in promo 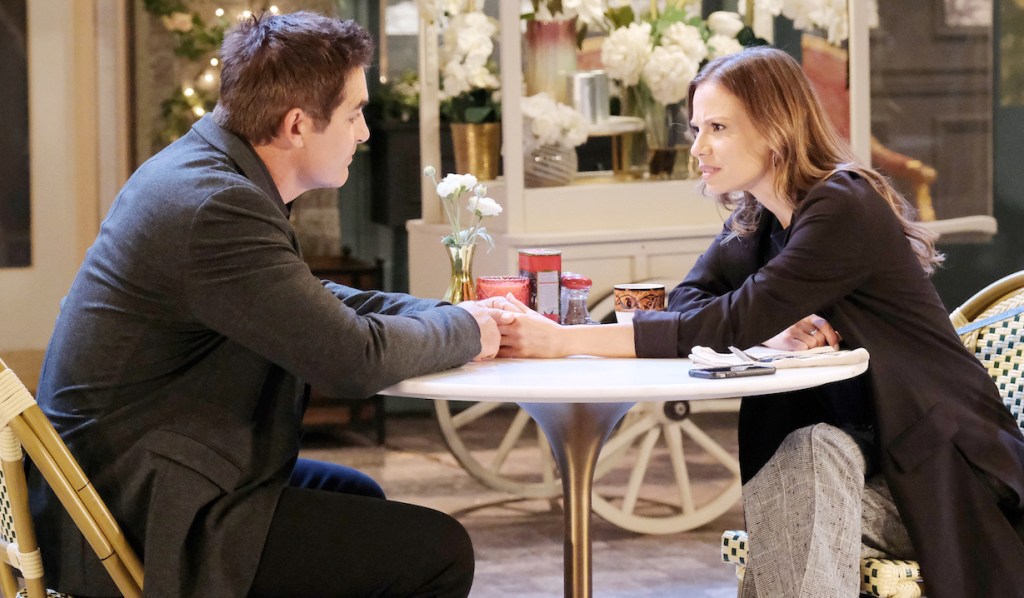 In Horton Square, Rafe tells Ava his theory that Kristen had help with her escape. He sees Xander and Gwen exit the hotel. Rafe thinks he knows who it was. He marches over to bring Xander in for questioning about Kristen’s escape. After Rafe leads Xander away, Gwen sits with Ava. She frets over Xander being accused for something she did — again. Ava reminds Gwen Xander is innocent, so Rafe doesn’t have anything to hold him. Gwen relaxes a little, but still worries everything will blow up in her face. She confides in Ava about Sarah. Ava cackles, but Gwen feels guilty over not helping her off the island. Ava points out she doesn’t feel guilty enough to tell Xander. She got what she wanted, so she needs to stop worrying about how she got it. Besides, she’s the only one who knows Rex isn’t off saving the world with Sarah.

More: Will Samantha be missed in Sex and the City revival? 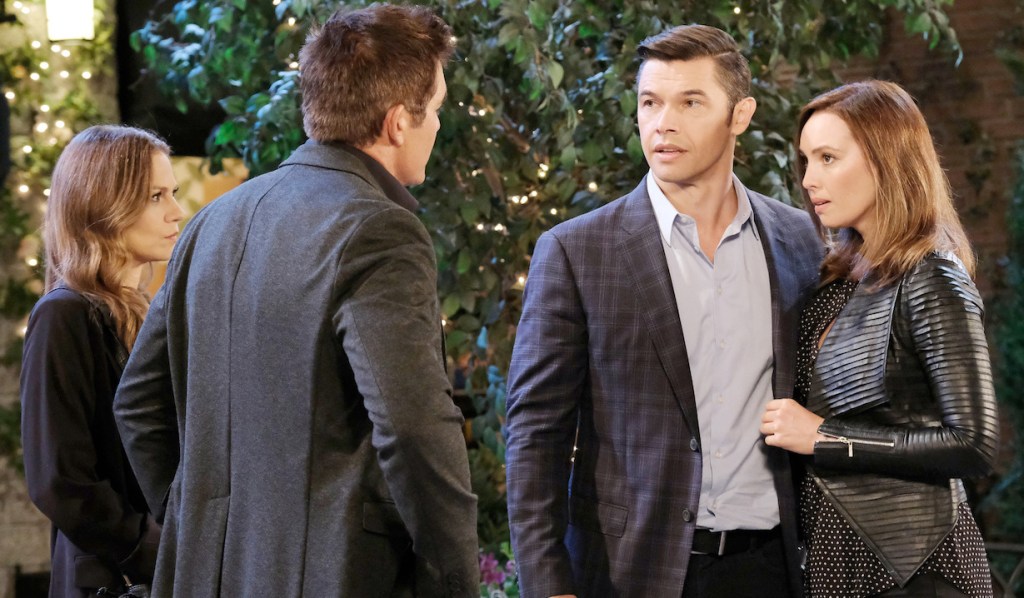 In the interrogation room, Rafe reminds Xander he visited Kristen the day she escaped. Xander points out Rafe was in the room when he asked her about Sarah. Rafe thinks that could have been a front just to get him in the building. Xander declares there’s nothing he wants more than for Kristen to rot in prison, along with the person who helped break her out. Rafe lets Xander go… for now.

Kate comes upon the Brady Pub and finds it closed. Puzzled, she opens the door to discover it beautifully decorated for Christmas, along with a romantic table for two. Roman appears and pours them champagne. Kate wonders what this is all about. Roman explains this is a do-over from their disastrous first date at Abe and Paulina’s wedding. 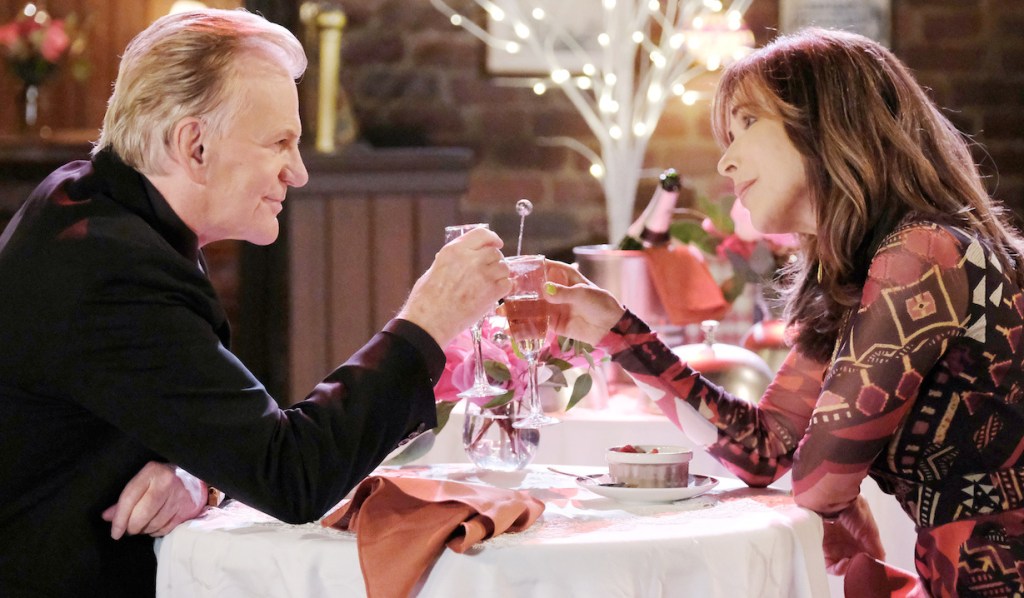 As they eat filet mignon, Roman points out they haven’t gone public with their status. He wants to tell their kids and thinks the holidays is the perfect opportunity. Kate agrees it’s a good idea to tell everyone at the same time. Roman thinks they might even be able to convince Rex to take time off from Doctors Without Borders and bring Sarah home for a real celebration.

As Roman and Kate dance, Rex enters and says, “Aren’t you two just full of surprises?”

More: Is this how Philip’s behavior will be explained? 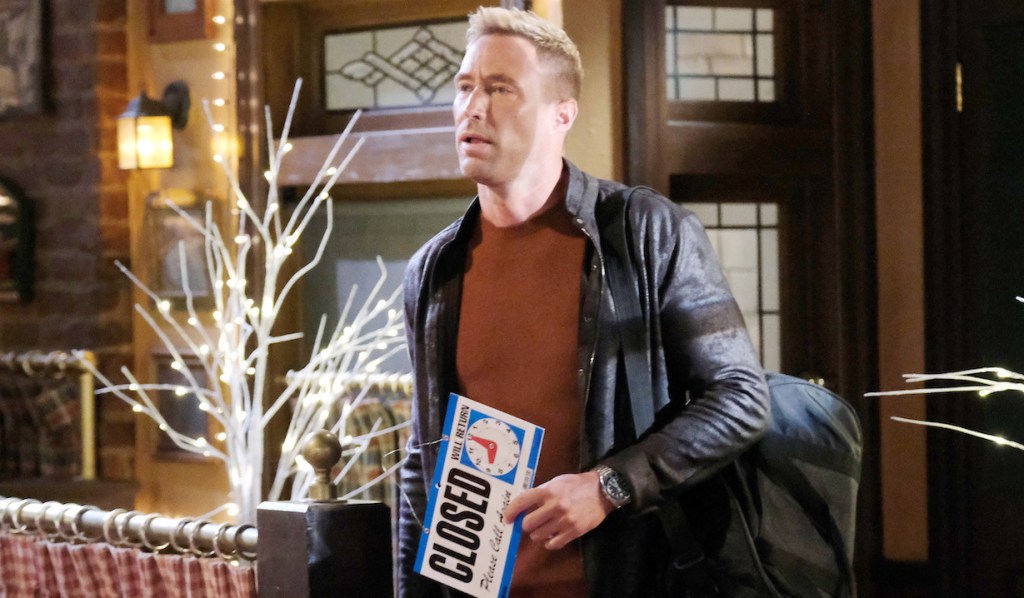 A frantic Chloe urges Brady to wake up when she finds him passed out by the riverbank. He comes to as she asks if he was stabbed. He doesn’t think so, but doesn’t know where all the blood came from. Chloe notices he’s slurring his words and asks what happened. He has trouble focusing, as he says he has no idea. She asks him where Philip is, but he passes out. She frantically calls for an ambulance.

At the hospital, Kayla examines Brady. She can’t find any injuries. Kayla swabbed the blood on his clothes and sent it to the lab. They’ll know if it’s Brady’s soon. Chloe worries it could be Philip’s considering she can’t find him. She calls his phone, which rings from Brady’s pocket. Later, Kayla returns with Brady’s test results. His blood work revealed he was drunk. Also, the blood on his clothing was type O positive. Chloe cries as she realizes that’s Philip’s blood type.

More: Watch Brandon Barash get into the holiday spirit with a song 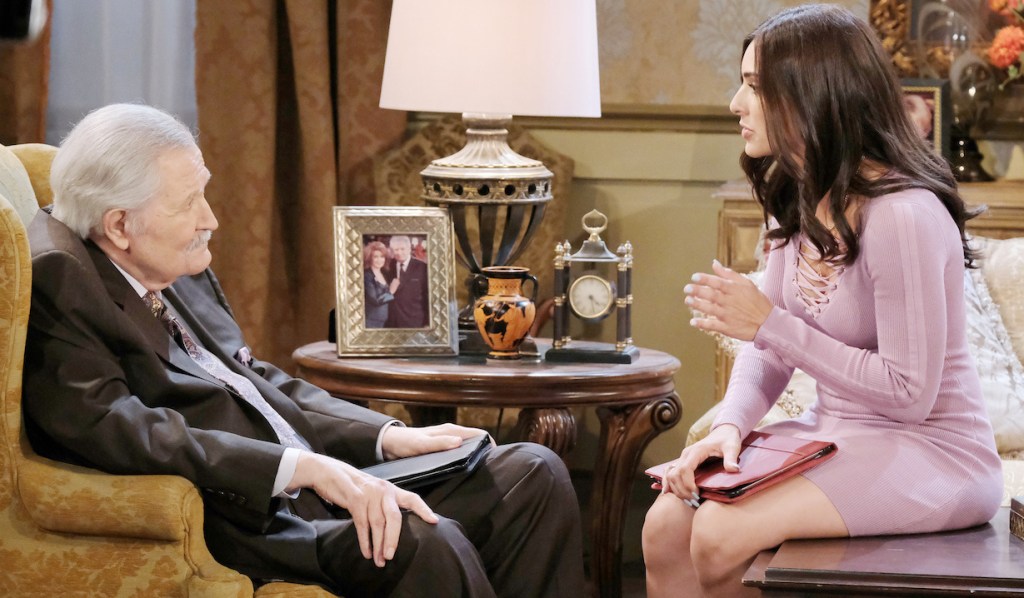 Gabi and Jake saunter into the Kiriakis living room, much to Victor’s dismay. They tell him his search for a new CEO is over. Victor doesn’t care how much experience they have, he’d never hire them. He’ll only hire family. They list all the Kiriakis men who don’t want the job. He wonders why he would hire someone who tried to sabotage his company with spyware. After they offer more failed arguments, Victor tells them if they want the top spot at Titan, they better come up with something better… and fast.

Next on Days of Our Lives: Chad’s is less than thrilled with EJ, and Shawn and Chloe fear the worst.

Jake and Gabi might want to do some research in our photo gallery of Victor’s devious history before presenting him with a new argument. 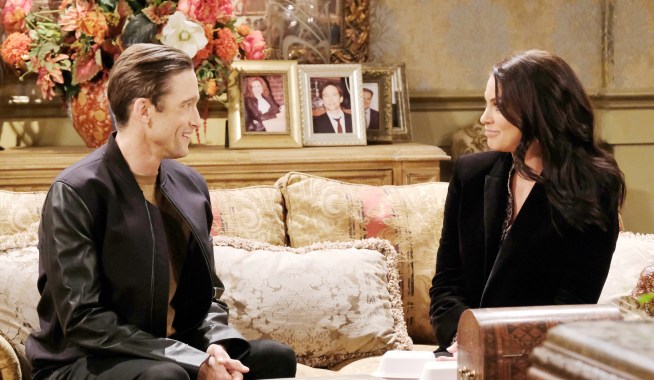 As Philip Toys with Chloe, MarDevil, Ciara and Ben Run Into a Blast From the Past 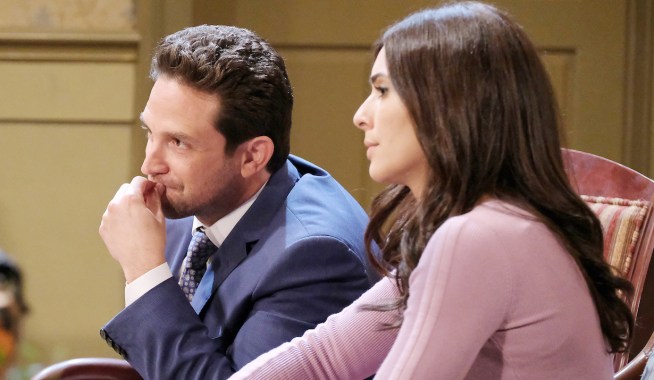