Lucas Races Out of the Pub After Sami Sends Him Her Location — Plus, Lani Finally Faces Abe

Wednesday, December 1, 2021: Today on Days of Our Lives, Lucas leaps into action, Abe worries about his namesake, and Xander confronts Kristen. 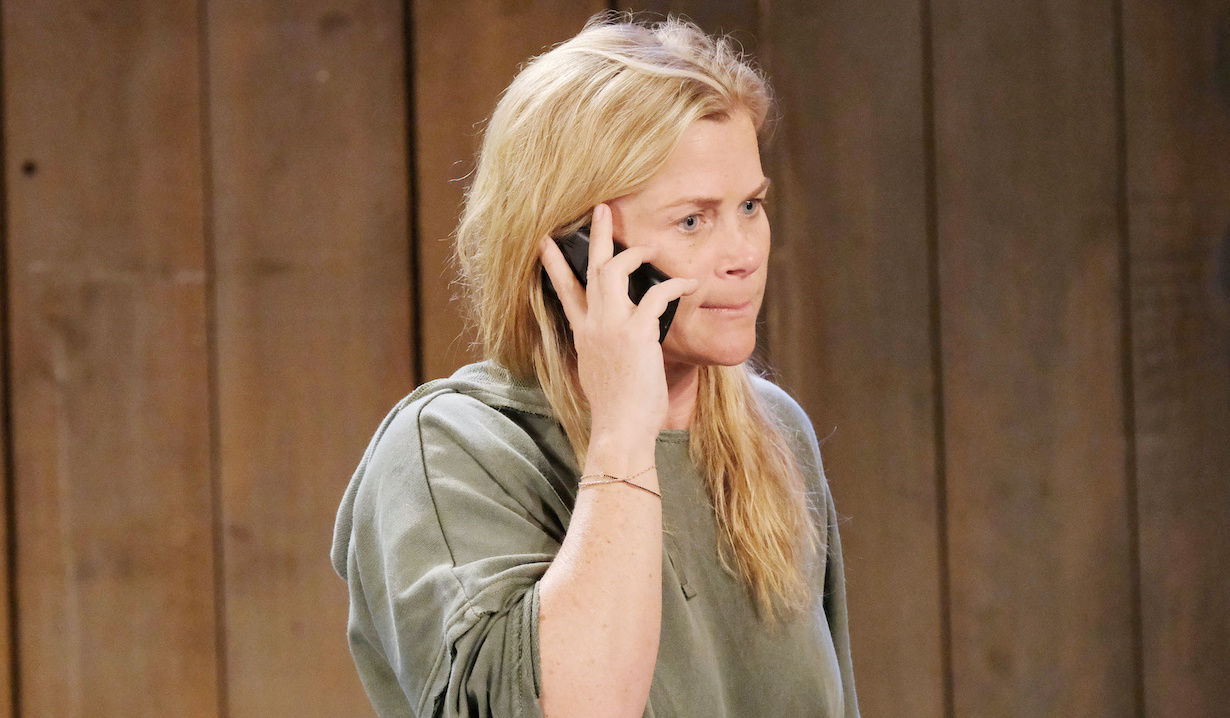 Eli welcomes Abe into his apartment. He tells his father-in-law that Lani’s not there. Abe says he called a few times, but Lani hasn’t responded. Eli doesn’t think she knows how to talk to him right now. Abe says that’s why he’s kept his distance. Abe reveals he talked to Tamara last night. He explains Tamara decided it was better to go along with Lani’s assumption that Abe was her father so she wouldn’t look into her paternity any further.

At the Salem Inn, Ava tells Gwen she’s there to help her break Kristen out of jail. After Gwen learns Ava is a Vitali, the women commiserate over Kristen holding secrets that could destroy both their relationships. Ava says they better put their thinking caps on or they will both be alone. After batting a few bad ideas around, Ava comes up with something and tells Gwen to follow her. 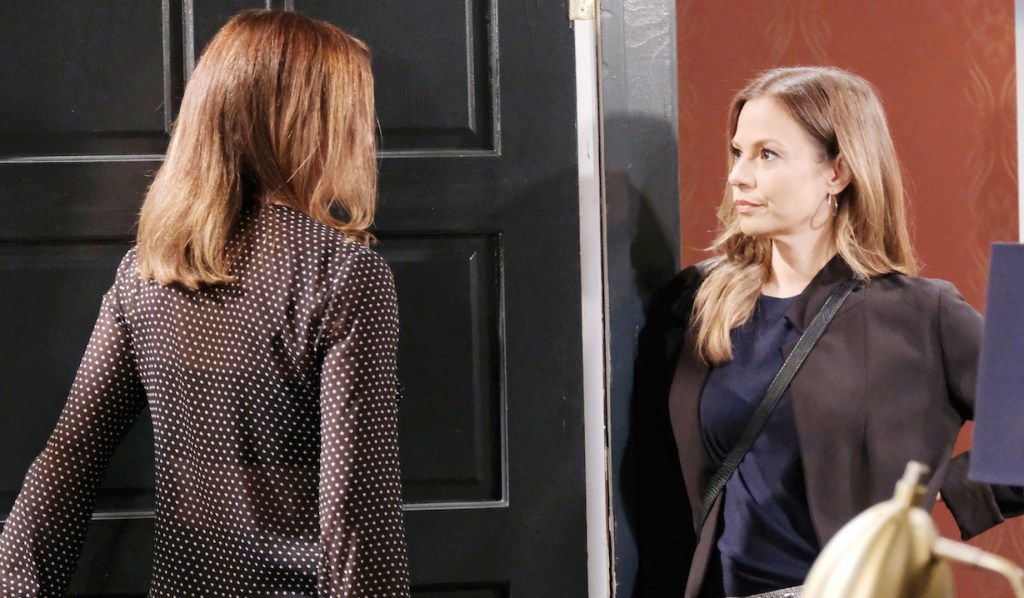 Rafe visits Kristen in the interrogation room to tell her the van to Statesville will be there in an hour. Lani enters. She couldn’t let her go back to prison without saying goodbye. Rafe leaves them alone. Kristen can see something is wrong with her friend. Lani tells her Abe isn’t her birth father, and her whole life has been a lie. Lani breaks down in tears as she relays the whole story. She hasn’t seen Abe yet because then it will all be real. Kristen knows she’s strong enough to face it.

At the hospital, Xander tells a confused Susan she called him on his wedding day. She saw Rex and Sarah head upstairs together at Brady’s Pub. Susan doesn’t remember doing that so he recounts how he found Sarah about to have sex with Rex. He was heartbroken, but now he’s found someone new and he’s happy again. He thanks her for putting him right about Sarah. When she finds out it happened in March, Susan says it was Kristen, not her, who told him about Sarah. Xander scowls and says he’s going to pay Kristen a visit next. Susan wonders if he’s going to thank her. He says, “Something like that.” 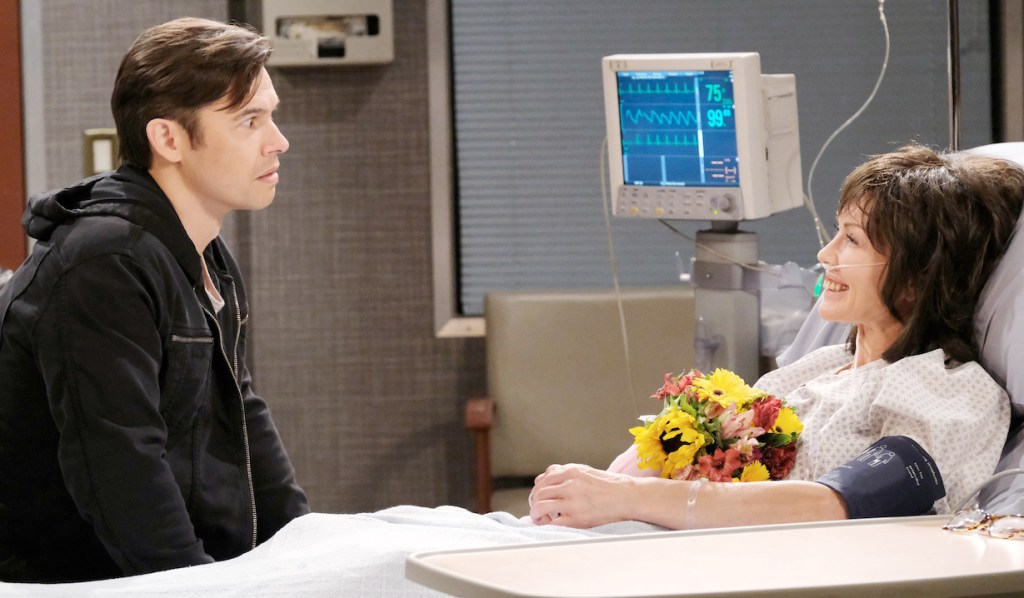 Ava and Gwen approach the prison transport guards (one of them played by Backstreet Boy AJ McLean) outside the SPD. Ava threatens their families unless they take Kristen wherever she wants to go.

Xander comes to the SPD to see Kristen. Rafe tells him the prison van is there and she’s going back to Statesville, besides she has a visitor right now. Xander retorts she’s not going anywhere until he’s had his say. Lani comes out and thanks Rafe for letting her see Kristen. Xander looks to Rafe, who lets him in. When Xander accuses Kristen of calling him about Sarah, Kristen denies it at first, but then admits it. Plus, there’s something else he needs to know. However, Gwen enters before she can say more. As Gwen eyes her, Kristen just says she did it to ruin his happiness. Xander asks if she manipulated Sarah in any way. She insists she didn’t. 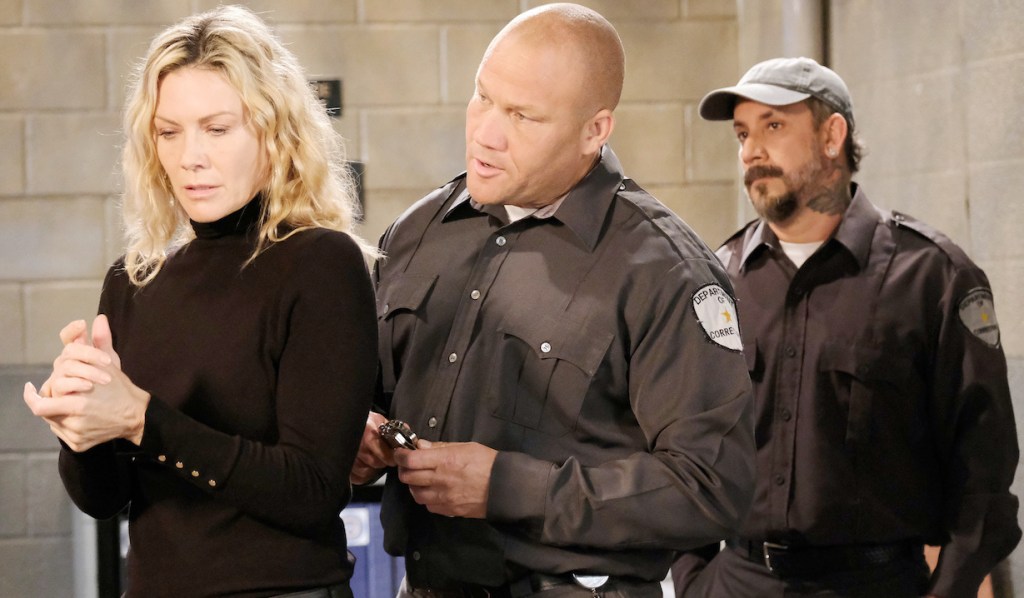 Rafe brings Kristen to the guards, who say they’ll take it from there. After Rafe leaves, one of the guards uncuffs her and asks where she wants to go. Kristen doesn’t know yet. She just needs to get as far away as possible from that godforsaken place.

In the Square, Gwen tries to make Xander believe Kristen’s story. Xander sighs and says one way or the other, Sarah chose Rex over him and that’s all there is to it.

Back at the apartment, Eli brings Carver out to see Abe. Abe asks Eli if they’re thinking of changing the little guy’s name. Eli emphatically declares, “Hell no.” Abe will always be Carver’s grandfather. As Abe starts to leave, Lani comes home. Eli leaves them to check on Jules. Abe doesn’t want to put pressure on Lani. He just wants her to know he’s there whenever she’s ready. He turns to leave, but Lani stops him. She asks him to stay. It’s time they had a chance to talk.

After Sami bashes her guard, Jason, in the head, she runs out of her dingy room. However, she comes to another locked door. Sami returns to Jason and gets the key, but it breaks off in the lock. She goes back to Jason and gets his burner phone. She tries to think of a number she knows by heart.

More: Is Paulina the villain in Days’ Very Salem Christmas? 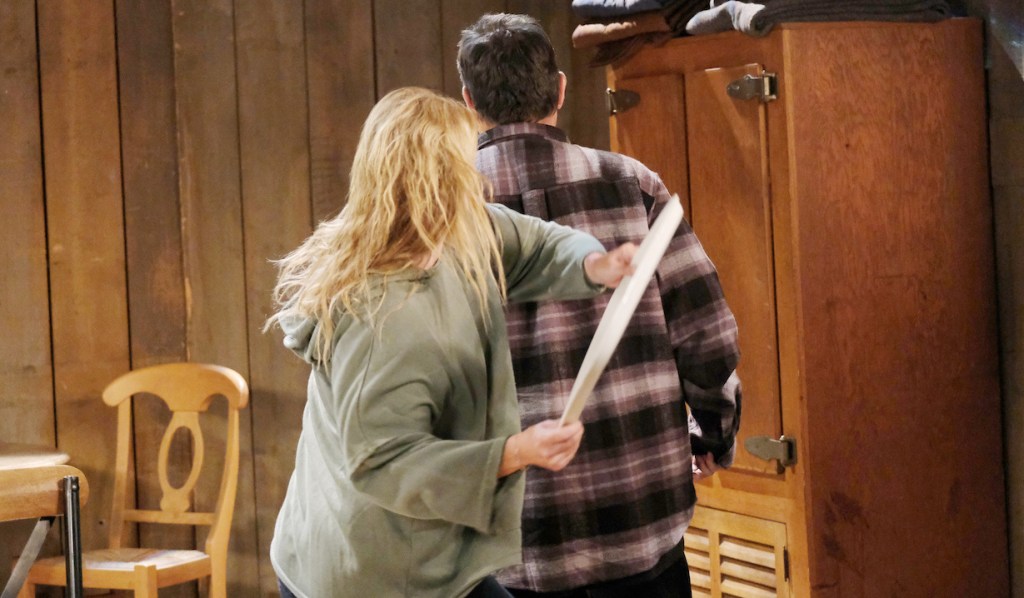 Allie meets Lucas at the Pub. She catches him up on Marlena being possessed again. It makes them worry about Sami, considering they haven’t heard from her in months. Allie’s phone rings. It’s Sami, who tells her she was kidnapped. Lucas grabs the phone. Sami doesn’t know where she is, but she needs his help. Lucas tells her to check for the guard’s smartphone to see if there’s a map feature. Jason stirs on the floor, but Sami bashes him in the head again. She finds his other phone sends Lucas their location. Lucas races out of the Pub.

Next on Days of Our Lives: John turns to Paulina for help, and Lani and Abe have a heart-to-heart.

There were a lot of baddies, former baddies, and aspiring baddies on the show today. Could any make our list below of greatest of all time someday? 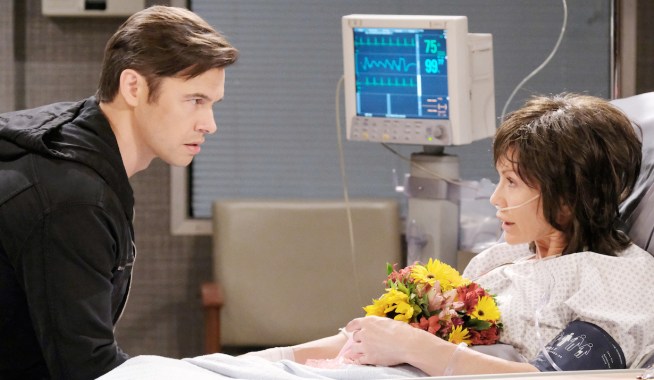 Xander Thanks a Very Confused Susan For Opening His Eyes, While Sami Makes a Break For It 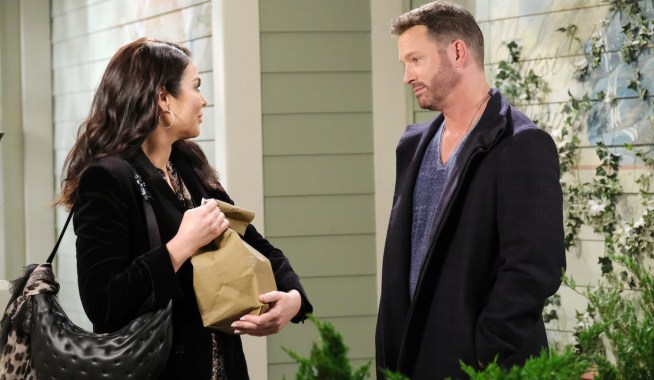