Philip Explodes After Victor Fires Him, While Jake Cuts a Deal With Trask

Thursday, November 11, 2021: Today on Days of Our Lives, Ava plays the game to her advantage, Philip takes his anger out on his tree, Jake goes free, and Xander and Gwen go to bat for each other. 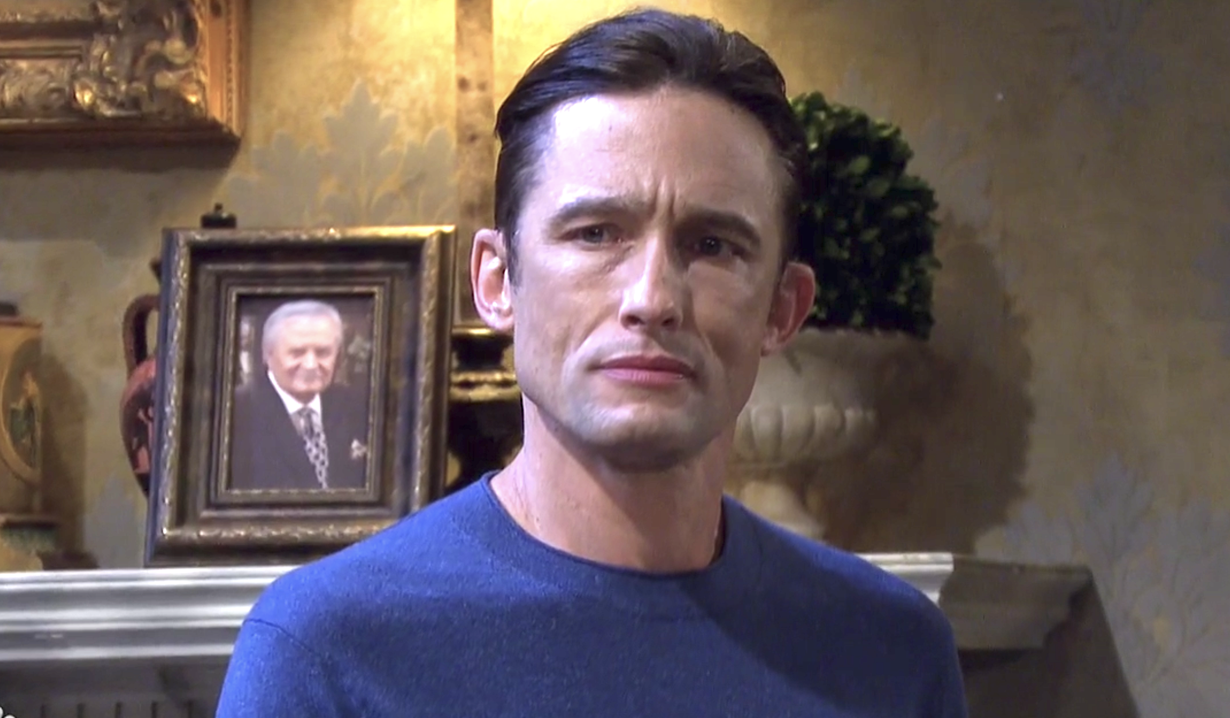 At the Kiriakis mansion, Philip broods over the conference-room-sex conversation he heard between Brady and Chloe. He breaks a glass in his hand. Later, he talks with Victor who knows, from Trask, that he’s in league with Ava again. Philip insists he didn’t have a choice. He needed to get rid of Gabi and Jake. Victor calls him a moron and fires him. When Philip assumes Brady will take his place, he rants about his nephew taking his girl and now his job. Victor chuckles over the thought of Brady sleeping with Chloe. Furious, Philip says he hopes whoever takes over Titan burns it to the ground. He hopes Victor has to stand and watch the flames as he throws gasoline on the fire.

Philip goes to the woods and recalls planting the tree with Chloe as a sign of their new beginning. He rips the tree out of the ground, throws it, and seethes.

More: Who will die in tonight’s Grey’s/Station 19 crossover event? 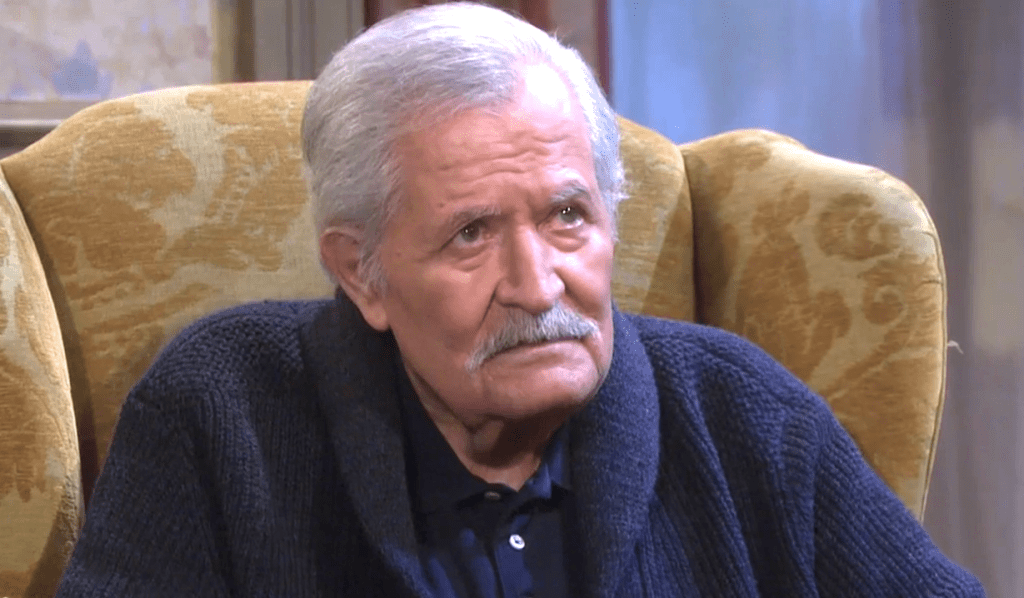 Brady points to a spot on the conference room table Chloe missed. She sprays cleaner on it while rolling her eyes over Nicole and Rafe having sex there. He asks her to make sure Philip knows nothing happened between them. Chloe is confident Philip won’t confront him because he trusts her now. Brady gets a message from Kristen’s lawyer — she wants to see him. He assumes Kristen wants to see Rachel, but he can’t let her back into their lives. Brady sends a voice message saying he doesn’t want to see or hear from Kristen again. He thanks Chloe for helping to soothe him. He calls her a good friend and suggests she go have a nice dinner with Philip. She stares into his eyes. 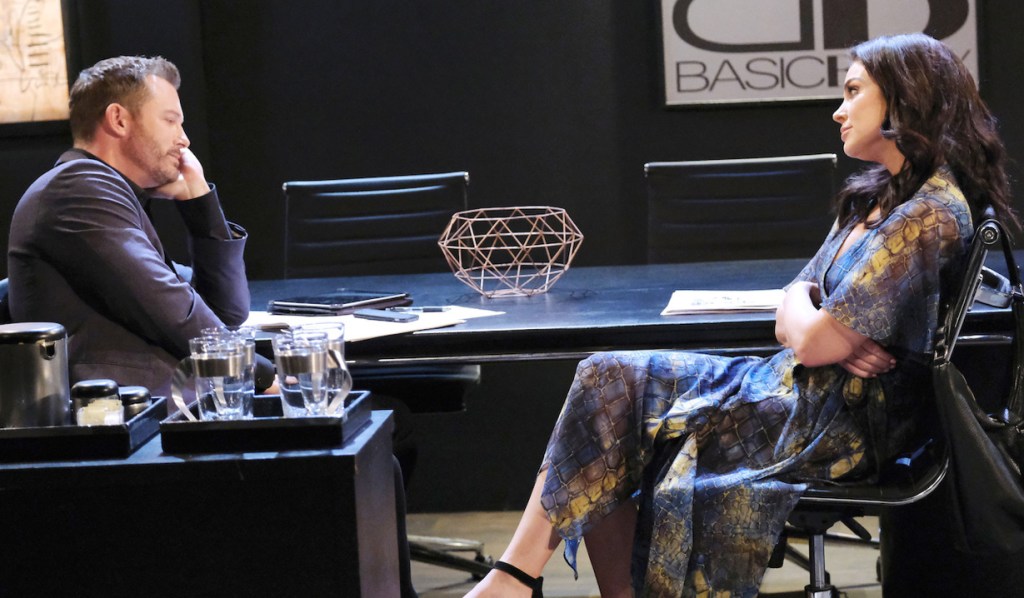 Trask enters the interrogation room to present Jake with a deal. She’ll drop all the charges if he says under oath that Philip was blackmailing him. Jake takes it. When Trask leaves to draw up the paperwork, an officer brings Ava in and handcuffs her to a chair. Gabi gloats that Jake just cut a deal with the D.A. and taunts that she’ll never get out. Ava insists she’s innocent, but Gabi knows no one will believe her story about Charlie. A cop brings paperwork for Jake to sign before he and Gabi leave.

Trask meets with Ava who says she lied about Charlie. She is the one who stabbed Carmine… in self-defense. Trask doesn’t believe her. While invoking her Vitali family name, Ava declares she’ll walk on any murder charges Trask brings against her, so she should quit while she’s ahead.

Jake and Gabi return to the house and see the tape outline from where Carmine’s body was. They muse over whether or not Charlie and Nick were really back, before making out. Ava saunters in and informs an annoyed Gabi that she took her advice and told Trask what she wanted to hear.

More: Which Days couples are sizzling… and fizzling? 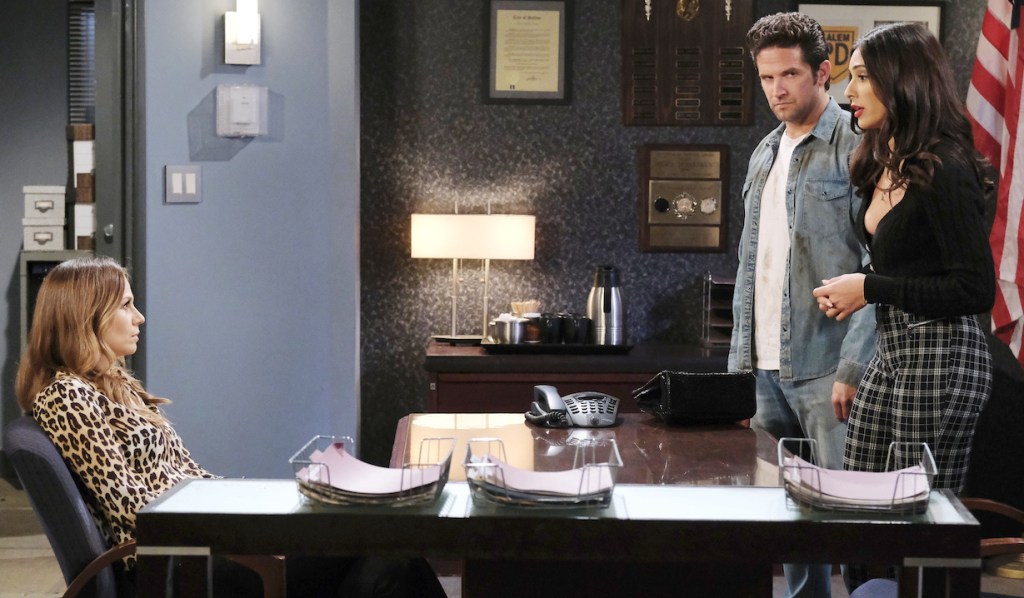 Abigail visits Jack at the Horton House to check on him after the Gwen bombshell. He shares he told Gwen he would never understand what she did to Abigail. He hopes she got the message she is no longer welcome in this house. Jack can’t stand what Gwen did to Abigail, but he really can’t stand that she did it with his help. Abigail assures her father she’s okay. Jack says Gwen is still his daughter and he won’t stop loving her, but the days of him asking everyone to accept her as family are over. She is his problem now. Abigail recalls the circumstances that led to Gwen falling down the stairs and suggests he give Gwen another chance. Jack won’t hear of it. He appreciates her helping him see the light. He hugs Abby, who looks off pensively. 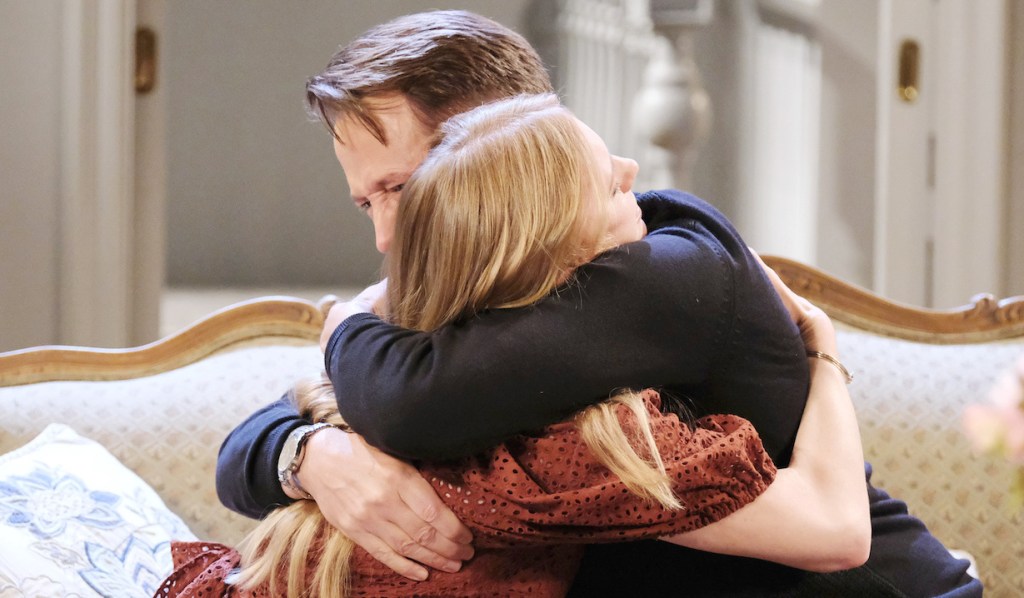 Gwen cries over what happened with Jack to Xander at the Salem Inn. She thinks Abigail is right and she’s incapable of loving anyone. In mock offense, Xander wonders if that leaves them as best friends. Gwen just doesn’t want to deal with real feelings. She never should have come to this bloody town. Xander reminds her she never would have met him, then. He makes it worth it, right? Gwen says he’s the only one who has ever put themselves on the line for her. She suggests they take his million dollars and go on that tropical vacation. Xander tells her he can’t do that because Trask blackmailed him for it. Gwen can’t believe he’s not only gone to jail for her, but lost a million dollars because of her. Xander isn’t worried about it and calls her the best thing that happened to him since… well, in a long time. Gwen calls that sad, but she won’t let Trask get away with blackmail. Xander, in turn, swears he will make Jack change his mind about her. He kisses her and leaves.

Xander comes to the house to see Jack. He won’t leave until Jack forgives Gwen. Meanwhile, Gwen meets with to Trask to get Xander’s money back. 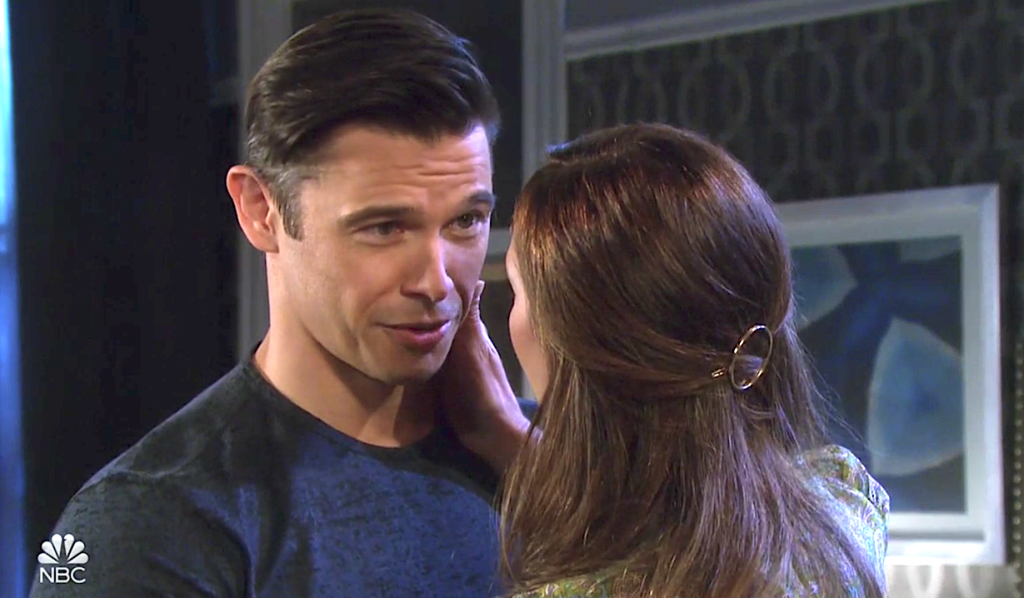 Next on Days of Our Lives: Gwen gets one over on Melinda, and Chad and Abigail turn a corner.

Gabi’s latest predicament is just one in a long line of sticky situations she’s gotten herself involved with. Relive Gabi’s colorful past in our photo gallery below. 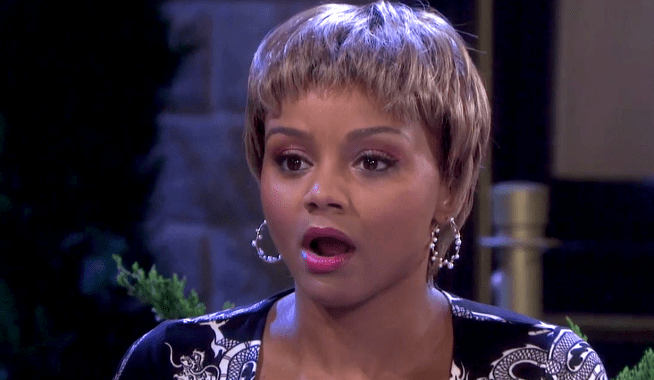 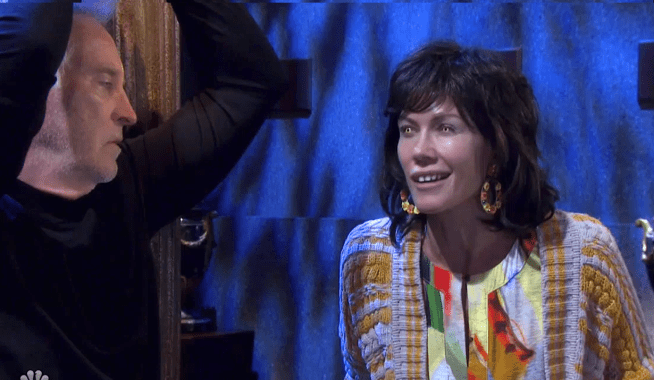