Johnny and Allie Receive Shocking Answers From a Ouija Board — Plus, Chad Explodes at EJ Over Abigail

Thursday, October 28, 2021: Today on Days of Our Lives, Belle is stunned by her mother's appearance, Abigail makes a decision about the movie, and Johnny calls on the spirits for confirmation about the devil. 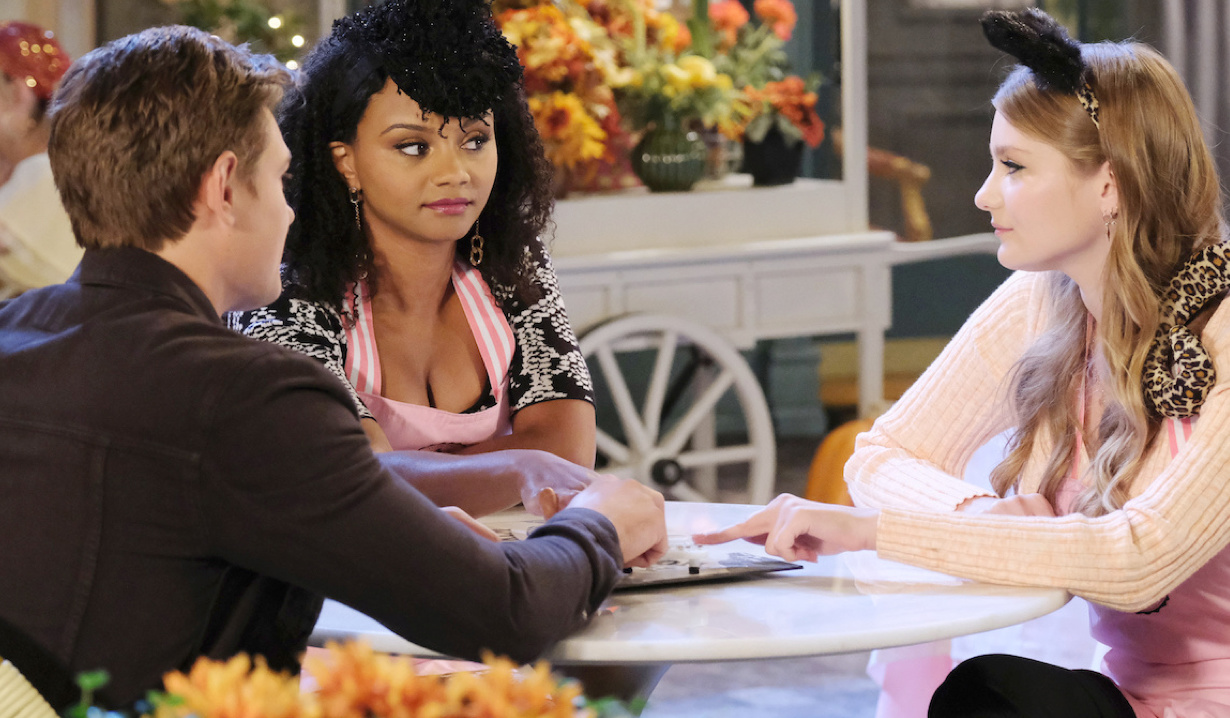 After closing up Sweet Bits in the Square, Allie bemoans the fact she didn’t get one of their pumpkin cookies. Chanel saved her one and extends it to her friend. Allie takes a bite of the cookie still in Chanel’s hand. They lock eyes and move in close to each other. Johnny jumps out in a werewolf mask and scares them. He shows them the Ouija board he found in the attic. Chanel and Allie reluctantly sit down to try it. Johnny places all their hands on the planchette as Johnny asks if Grandma Marlena was really possessed by the devil. It moves to yes. Allie and Chanel accuse Johnny of moving it himself, but he insists it was the spirits. He tells them to do it again without his hand on it. The result is the same. Johnny then asks who Chanel really wants to be with — him or his sister. Allie and Chanel are offended and pull their hands back. Johnny says he was just joking, but Chanel leaves in a huff to see her mother. 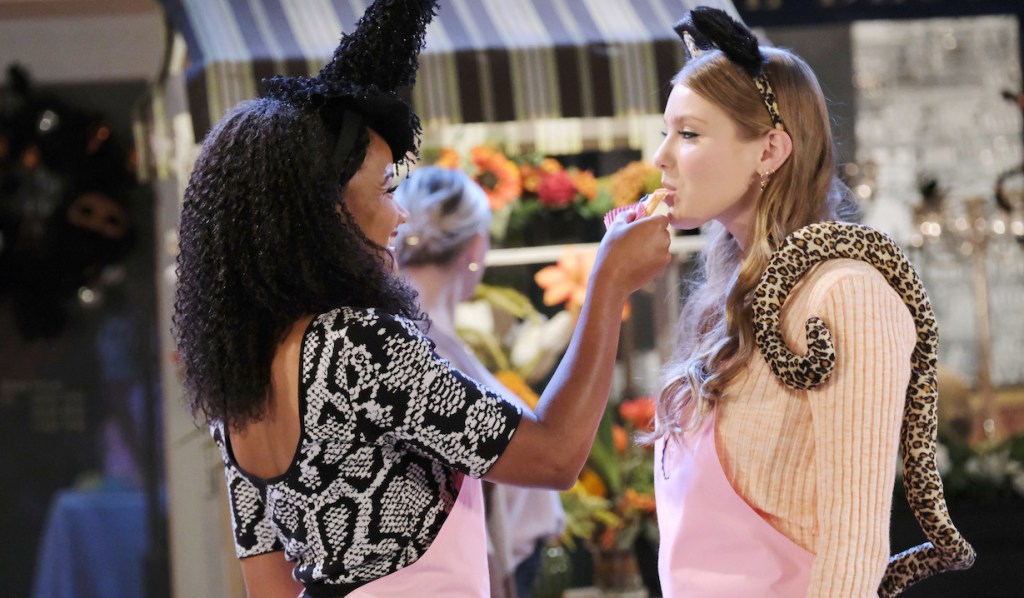 When Allie asks Johnny what his deal is, he says he saw Chanel feeding her a cookie. It looked intimate. Allie gets defensive and yells at her brother for being a jerk and ruining things with Chanel. He says he’ll apologize. Allie hopes Chanel accepts it. She compares him to EJ. He’s offended, but apologizes.

After greeting her brother in the lobby, Lani walks into Abe’s hospital room with Theo. Paulina is there by his side. Abe can’t believe Theo came all this way. Theo got on the first flight out, but he was going to come for the wedding anyway — unless they’ve decided to postpone. Abe wants to plan full steam ahead. The women leave the men to to visit. 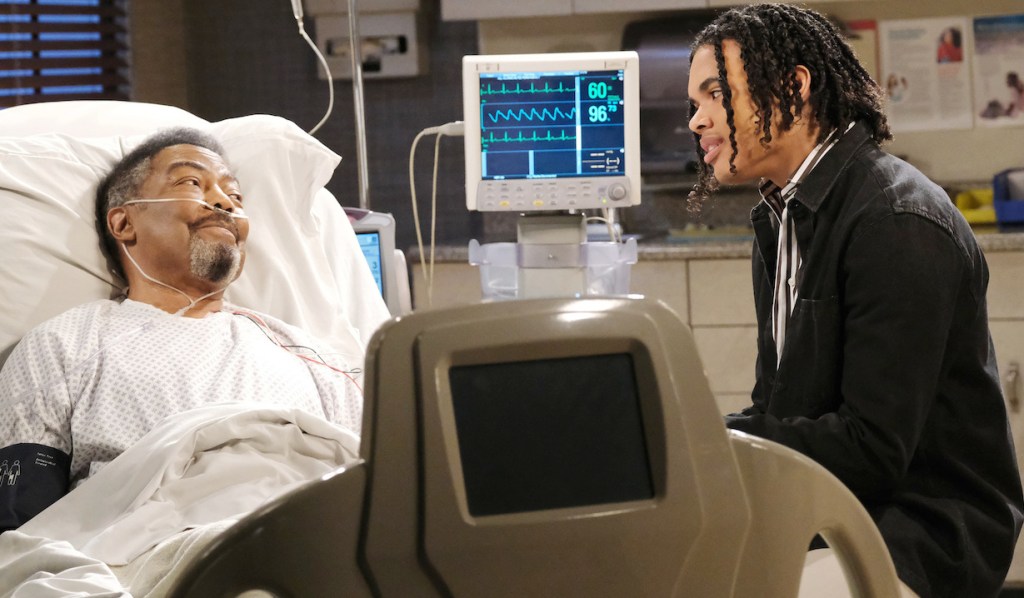 In the lobby, Lani asks Paulina what she was going to tell her before they heard about Abe. Paulina hedges, but says she wants Lani to be her matron of honor. Lani wonders how Chanel will feel about that. Chanel appears, calling that an excellent question. Lani leaves them alone. Paulina apologizes to a hurt Chanel, but she did it because of everything she and Lani just went through with Abe. She asks her daughter to walk her down the aisle instead. Chanel smiles and says she’ll make her wedding cake too.

Back in his room, Abe tells Theo no one will replace his mother. Theo knows and says his mother would want him to be happy. Abe is happier than he ever thought he would be again. Lani returns and tells them she was asked to be matron of honor. She asks what Abe thinks. Abe loves the idea and asks his son to be his best man. Theo accepts. 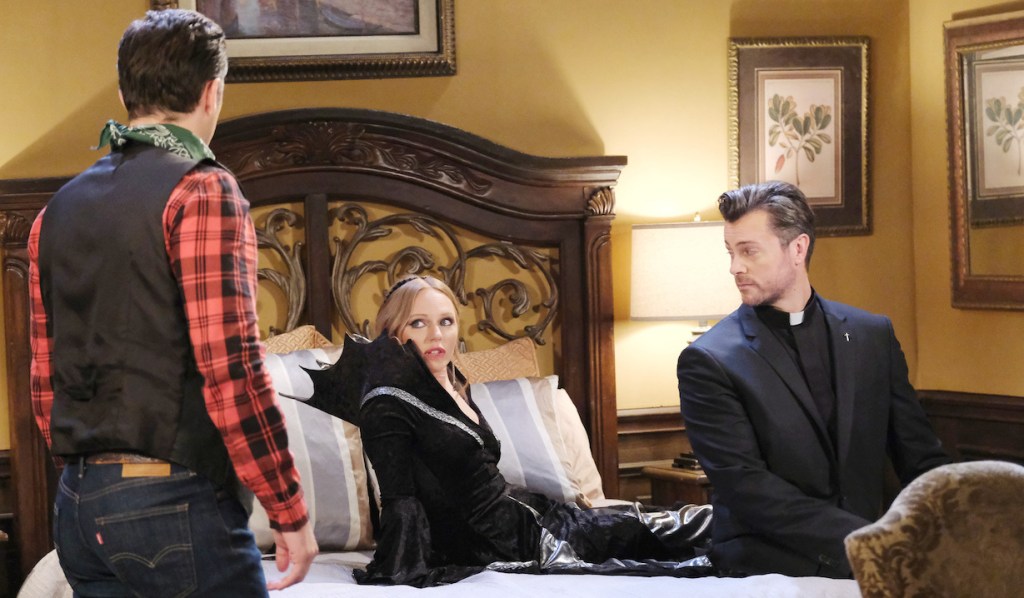 After hitting up Sweet Bits with the kids for treats, Chad and Abby talk in their bedroom. She’s dressed as Maleficent and he’s dressed as a cowboy. He dons a cowboy voice and suggests they make use of their bed. She asks, “Costumes on or off?” He gives a sly smile and says, “Off.” They kiss and fall onto the bed. As they make out, EJ enters and sits between them. He’s dressed as Father John Black. Chad tells his brother to leave. EJ needles Chad over his upcoming love scenes with Abigail, before obliging.

After changing, Abigail finds EJ in the living room and tells him she’s quitting the movie. As she yells at him for taking his pain over Sami out on others, Chad enters. He declares if anyone’s quitting the movie it’s EJ. When EJ won’t back down, Chad assures his brother he won’t let him doubt his wife. Their love is strong and nothing will change that. EJ leaves and Chad assures Abigail he’s one hundred percent behind her doing the movie. EJ is not and will never be a threat. 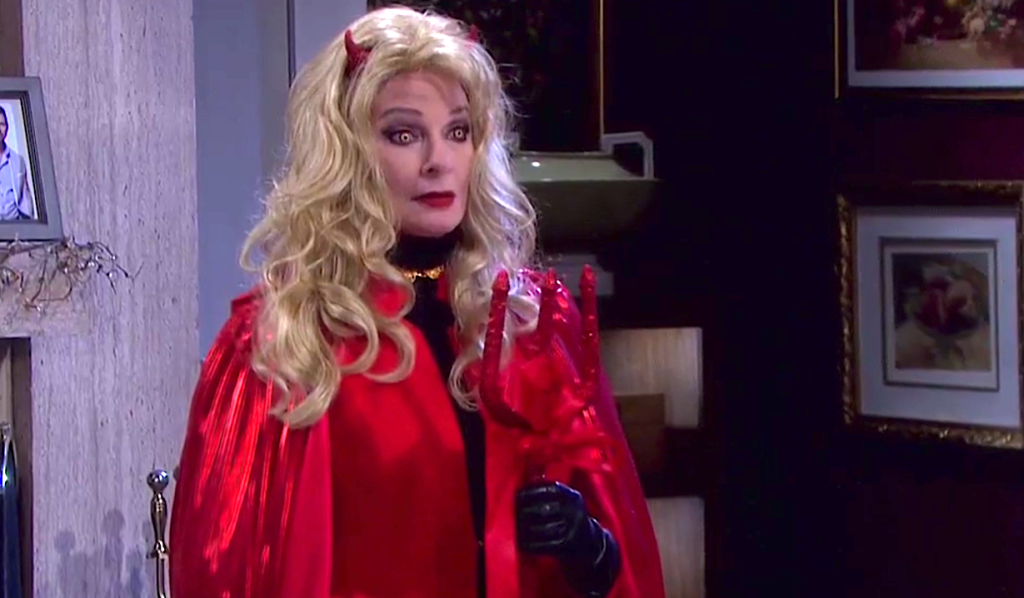 At the penthouse, MarDevil wears a devil costume with a long blonde wig, as Belle bursts through the door. She stops in her tracks and asks what’s going on. “Marlena” says she’s getting into the holiday spirit. Belle is surprised, considering Abe is in the hospital. “Marlena” assures Belle he’ll be fine and opens her arms wide. “Give me a hug,” she says. Belle is still freaked out by her “contacts” though.

After “Marlena” takes out her “contacts” Belle asks how she could dress up like this considering her possession. “Marlena” wants everything out in the open, which is why she’s letting Johnny make his movie. Belle is aghast. She wonders how her father feels about that and asks where he is. “Marlena” says he’s on an important case for Black Patch. She then tries to get Belle to go home and rest.

More: Will MarDevil raise the dead with these villains?

John awakens in the DiMera crypt with his hands chained to a pillar. He slowly remembers what happened. MarDevil shows up. She thought it would be fitting to bring John there as his last resting place. She notes Marlena stopped her from killing him the other day, but now she’s back to finish what she started.

Back in the Square, Johnny and Allie turn back to the Ouija board. They ask where the devil is. The board spells out: DiMera crypt. The siblings exchange a concerned look.

Next on Days of Our Lives: Ciara takes a pregnancy test.

Chad doesn’t think EJ poses a threat to their relationship, but others have. Find out who in our photo gallery of Chabby’s turbulent love story below. 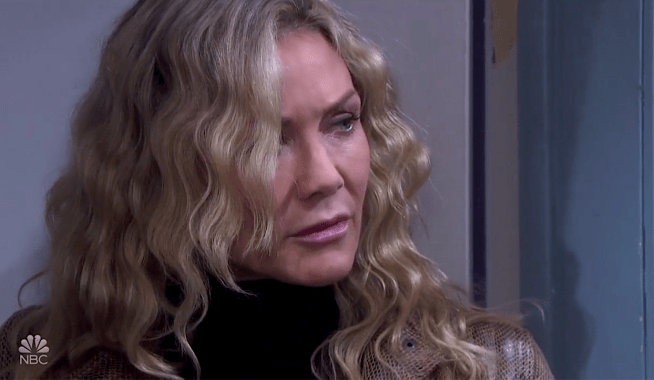 Kristen Runs Into [Spoiler] as She Tries to Flee With Rachel — Plus, EJ Has a Surprise Reaction to Nicole's Betrayal

MarDevil Calls on [Spoiler] to Rise Up From the Dead — Plus, Ciara Gives Ben the News They've Been Waiting For 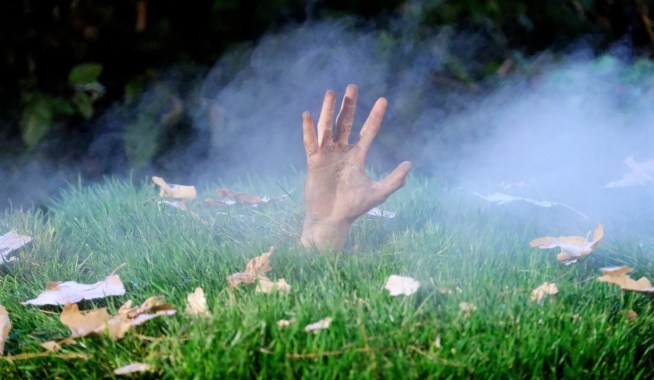