Friday, October 15, 2021: Today on Days of Our Lives, EJ interrupts Nicole and Rafe, the devil goes high tech, and Chloe's had enough of Philip's antics. 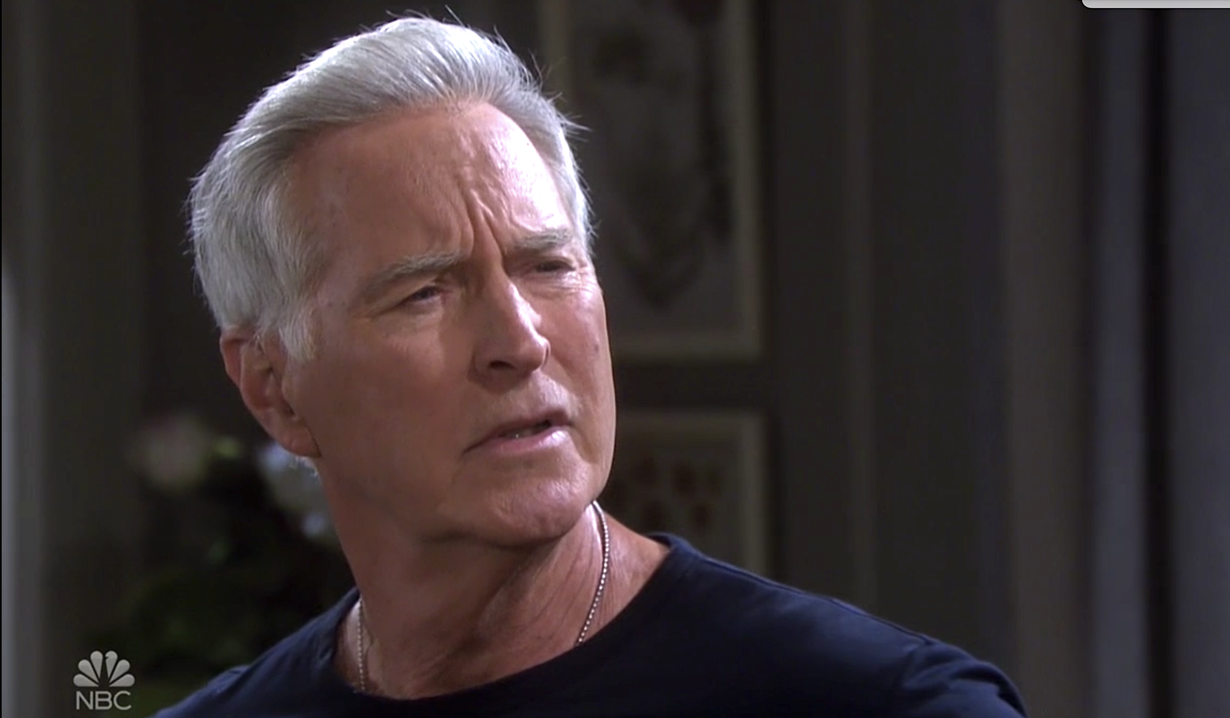 As Rafe and Nicole lean in for a kiss, EJ walks up. “Am I interrupting something?” He wonders how Ava would feel about what he just saw. Nicole steps in when things get tense between Rafe and EJ. She suggests Rafe just go. He picks up his doughnuts and walks away. EJ tells Nicole it’s a good thing he came by. He just saved her from herself. Nicole doesn’t need to be saved, but she admits he did prevent her from doing something she’d regret. She doesn’t want to come between Rafe and Ava, but admits when she’s with Rafe, she wants to kiss him. EJ says, “Kiss me instead,” and moves in for a smooch. 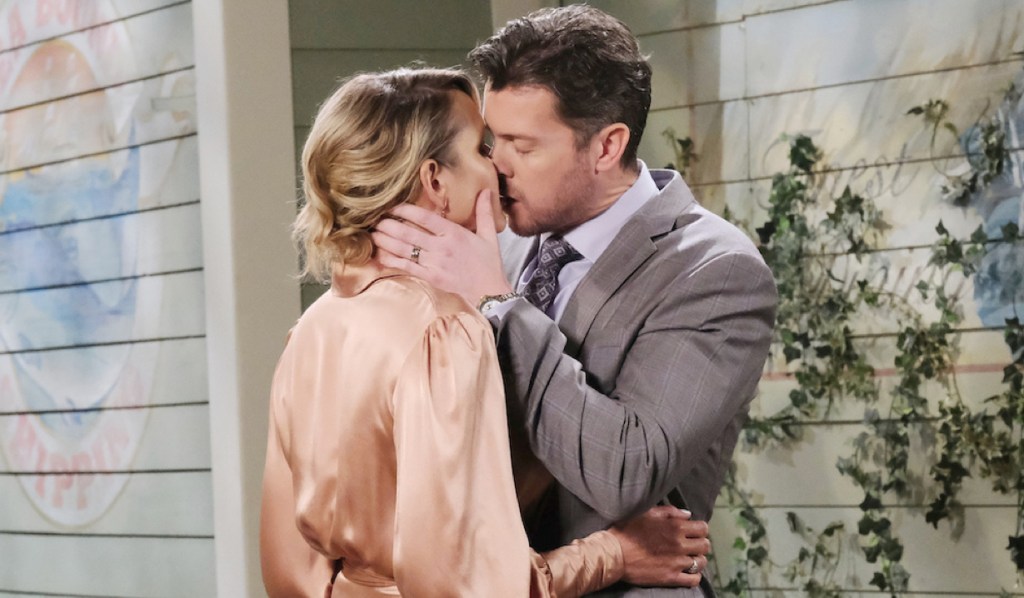 Upon seeing Chloe and Brady hugging at Basic Black, Philip punches Brady. Chloe shouts at Philip, who can’t understand how he’s the bad guy. After Philip and Brady argue, Brady orders Philip out of his office or he’ll have security escort him out. Philip asks Chloe to come with him to talk, but Chloe tells him to leave. Once he’s gone, Chloe tearfully says Philip might not know how to change. It’s up to her to fix this. Brady wonders what she’s going to do. All she knows is she has to do something now before someone really gets hurt. 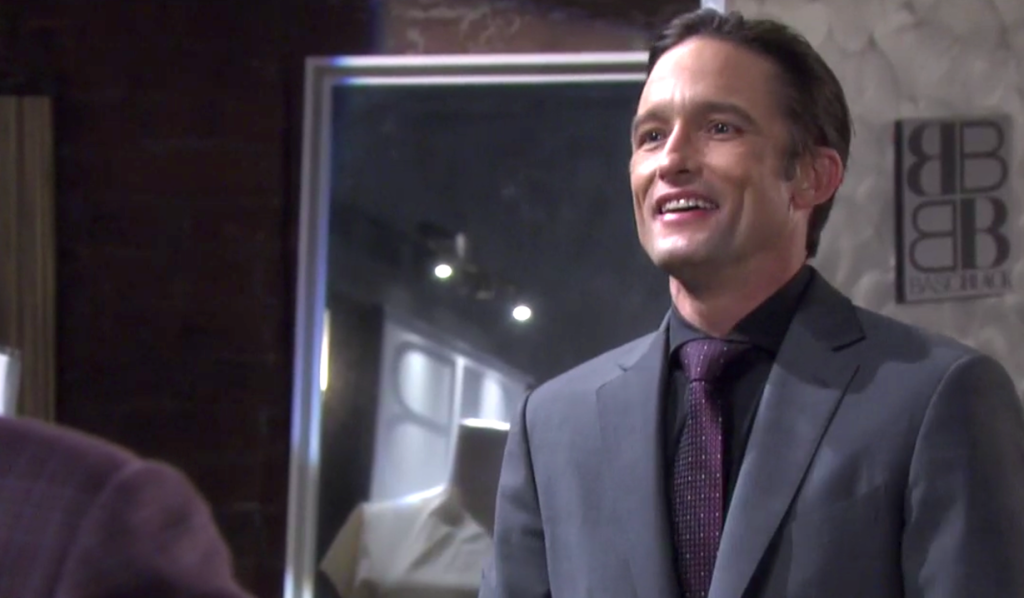 Johnny brings Allie a contract for the movie in the Square. Allie thought the movie was dead. Johnny tells her about EJ’s deal. Allie’s not on board considering both their grandfathers are against it. Johnny insists it’s a story that needs to be told. Allie says if he gets Grandma Marlena’s permission, then she’ll sign-on. Johnny says no problem.

Marlena jolts awake in bed after dreaming of her levitation. When John brings her breakfast, she tells him about it. She says she was levitating right off the bed. It seemed so real. She also heard someone talking to her, but she didn’t see him. She hadn’t heard the voice in so many years, but she knows exactly who it was: the devil. John is rattled, but just chalks it up to a dream. He mentions how concerned she was about Ben last night. Marlena recalls the devil telling her he needs Ben’s baby. She says she needs to get to Ben right now.

After Marlena has left, Johnny stops by. He tells John EJ is funding the movie now and playing the role of John Black. All he needs now is Marlena’s permission. John doesn’t think that’s going to happen. He tells his grandson the movie is already upsetting Marlena, who dreamed about levitating. John says, “If you really love your grandmother, prove it by dropping this whole project right now.”

As Ciara sleeps in the apartment, Ben recalls the gust of wind that blew through after they had sex. Ciara wakes up and asks if he’s okay. After half-heartedly assuring her he is, she announces it’s time to talk to Victor about getting her job back. 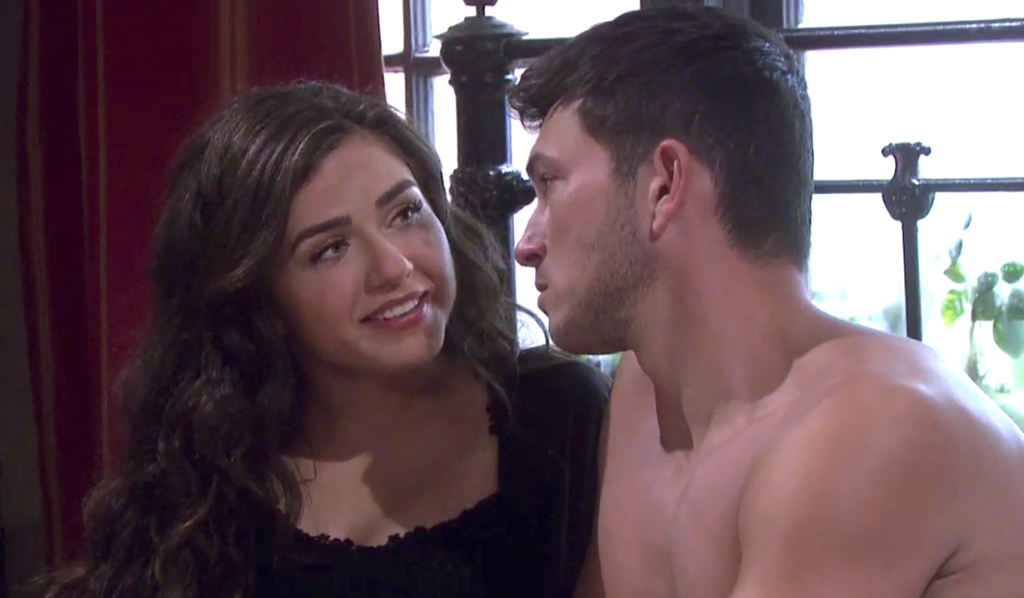 After Ciara has left, Marlena visits Ben’s apartment to see how he is. Her eyes widen as he tells her he took her advice. He and Ciara are officially trying for a baby. He was feeling really hopeful about it last night, until that gust of wind. It felt like an omen. Marlena says, “Maybe it was.” Ben’s face falls. Does she think it’s a sign he and Ciara shouldn’t have a baby? Marlena’s phone beeps before she can answer. When she looks at it, her screen displays a purple devil emoji that talks to her. He says their plans for Ben’s child are for them alone. Marlena puts her phone away and tells Ben the wind could have been a good omen because his baby would be good for everybody. The devil cackles and says, “Especially me.”

After Ciara breezes in to see Victor, Chloe comes to the mansion. Philip apologizes for hitting Brady. Chloe says, “Apology not accepted.” She can’t do this anymore. He asks if she’s breaking up with him. She didn’t say that. She just needs to take a step back to see what she wants. She’s moving out. 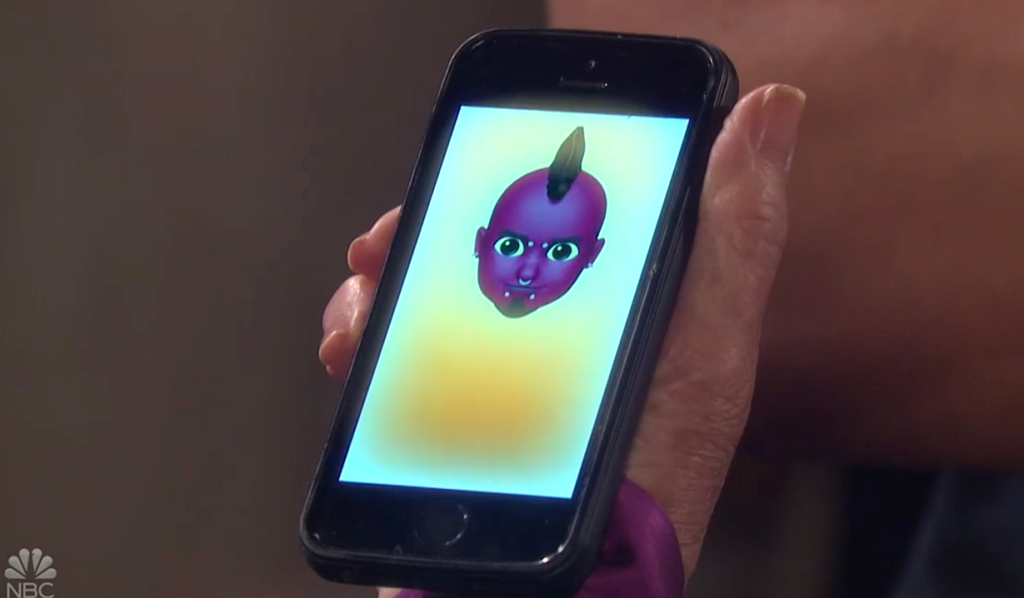 As Marlena’s about to open her door at home, the devil emoji congratulates her for not telling Ben anything. He can feel her giving in. They are almost one. When Marlena enters her apartment, Johnny tells her he’s going to scrap the movie. It is a bad idea. Marlena doesn’t think so. She wants him to make it. John and Johnny both stare at her, speechless. John squints his eye at her.

Ciara returns home to tell Ben her grandfather welcomed her back at work. She asks what he’s been up to. Ben tells her about his visit with Dr. Evans. She made him feel better about having a baby and the whole gust of wind situation. Now, he wants a baby just as much as she does. As they hug, Ben’s smile turns to a look of concern.

Next on Days of Our Lives: Steve gets a surprising new assignment.

With Halloween just around the corner, look through our photo gallery of daytime’s all-time best costumes and disguises below. 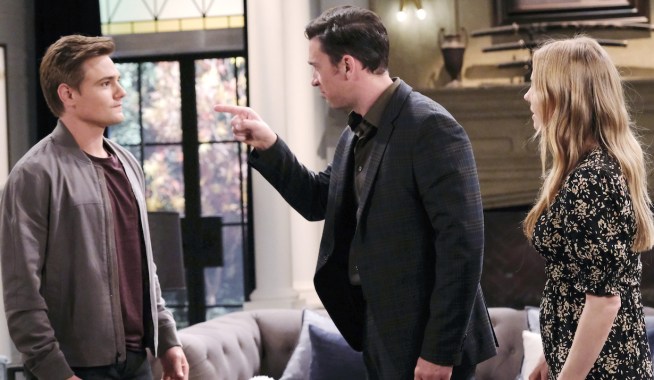 Chad and Abby's Bliss Is Short-Lived Thanks to EJ's Smug Announcement — Plus, Rafe Gives Nicole a Doughnut With a Side of Confession

After Making a Deal With His 'Soulmate' Trask, Victor Asks Steve to Find [Spoiler] — Plus, Marlena and the Devil Finally Become One 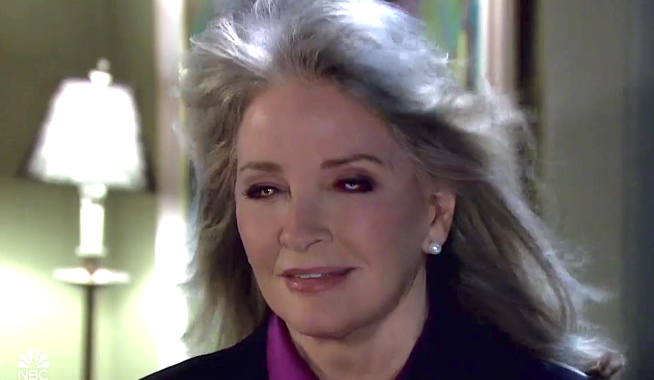