Wednesday, September 22, 2021: Today on Days of Our Lives, Philip makes a symbolic gesture, Chloe wants answers from Brady, Ava has news for Philip, and Abigail pays Gwen a visit. 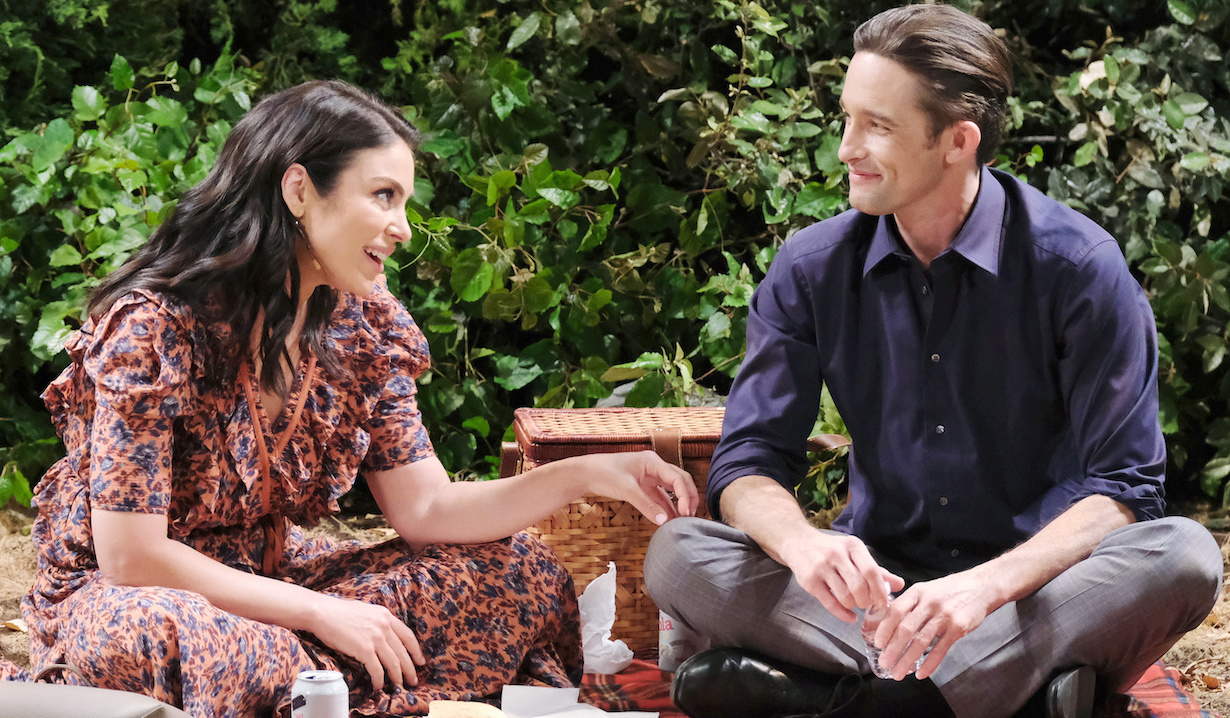 Jake finds Gabi in the kitchen making tamales. He tells her their plan worked and Brady is visiting Victor right now. She thinks it’s only a matter of time before they’re running Titan. Ava interrupts as they start making out. The woman snipe and exchange digs, leading Ava to tell Gabi and Jake to move out. Enraged, Gabi orders Jake to follow her so they can pack.

As Jake and Gabi eat donuts in the Square, Jake wonders where they’ll live now. Gabi has an idea.

Back at the house, Ava eats Gabi’s tamales. She smirks as she flashes to overhearing Jake and Gabi plot against Philip. She looks at Philip’s number on her phone.

More: Wanting Ben beyond Ciara and Jake embracing his past 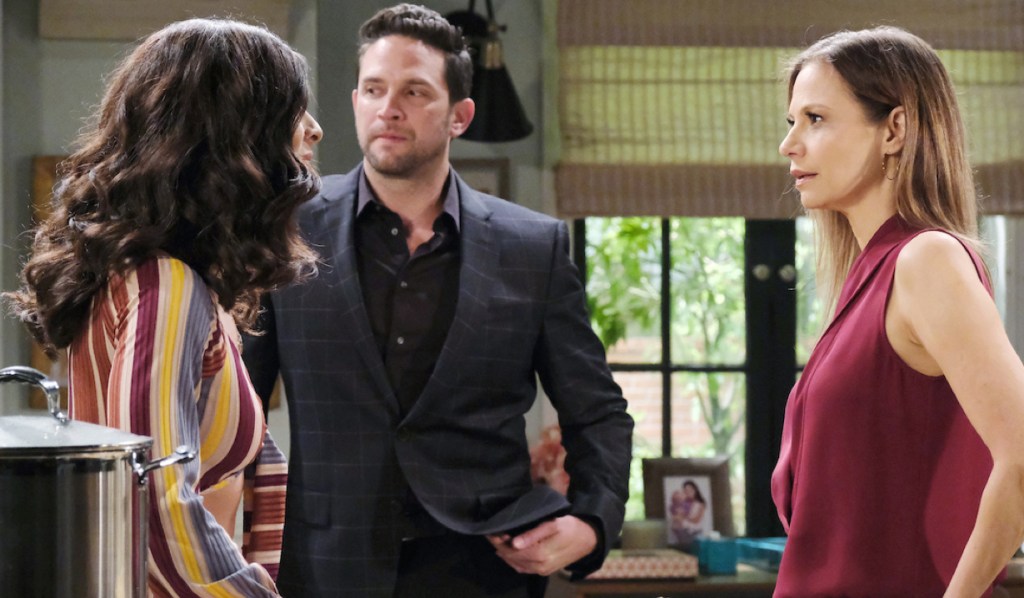 After Philip drops by Basic Black, he whisks Chloe off for a picnic at a place they would go in high school. They remember carving their initials in a tree. Chloe reminds him he chopped that tree down in a rage. Philip insists he’s can still change his ways and fix his mistakes. Chloe wonders how he’s going to do that. Philip brings her a tree he bought at the garden center. He wants to plant it to symbolize a new, better beginning for them.

Once they’re done planting, Philip imagines him and Chloe carving their initials in the tree one day. When she points out that will take a long time, Philip says that’s how much faith he has in them. They’ll be together for a long, long time. As they flirt, Philip gets a message from Ava. He has to go. Chloe thanks him for today and says she’ll see him at home. 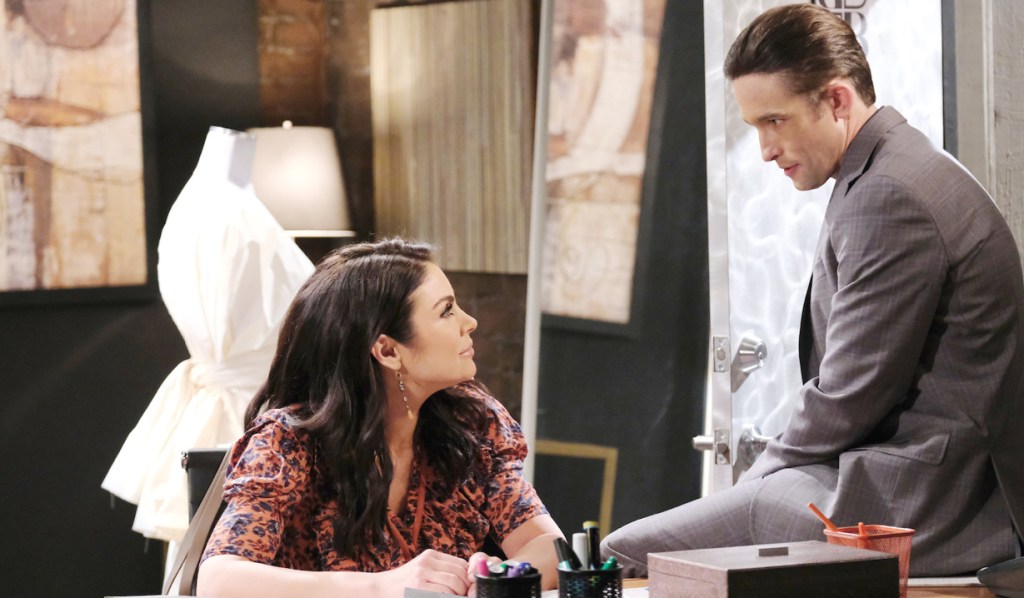 Brady visits Victor at the Kiriakis mansion. He tells his grandfather Philip is becoming obsessive over him and Chloe. In fact, Philip is spending more time at the Titan office than his own. Victor responds that’s about to change. When Brady asks how, Victor responds that he’ll remove Chloe from the equation by having Brady steal her away from his uncle. “Go out, find Chloe and seduce her until she cracks,” he says. As Brady tries to process the request, Victor asks if Brady will try and take Chloe away from Philip or not? Chloe enters wondering what the answer is to that question herself.

When Philip arrives at Rafe’s house, Ava tells him Gabi and Jake are plotting against him. 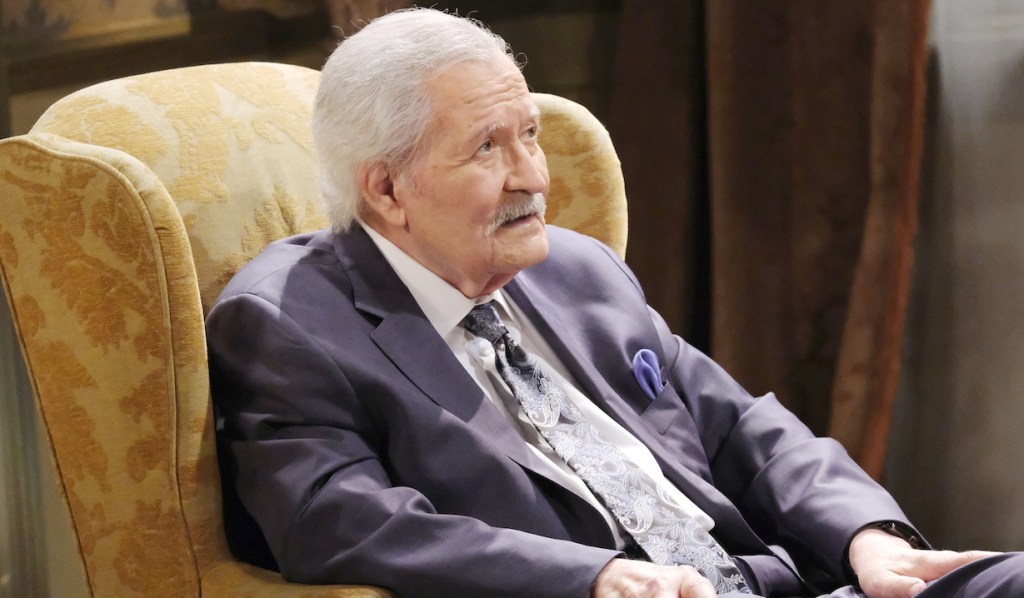 Abigail surprises Gwen at the Horton House. Gwen fidgets, telling her sister Jack isn’t there. Abigail is there to talk to her. She’s not proud of the way she handled things when she learned Gwen was pregnant. Abby tears up as she relives the fight she believes led up to Gwen’s miscarriage. Mother to mother, Abigail expresses how deeply sorry she is. Gwen appreciates her apology, but declares when her sister hears what she has to say, she won’t have a need to be sorry. When Abigail questions her, Gwen just says she knows Abigail didn’t push her down those stairs. She even told Jack. Abby already knows. Regardless, if it weren’t for their fight, she never would have fallen. Gwen is sorry she lives with all that guilt. She knows how heavy a burden it can be. She hopes Abby and Chad can move past all of this. Abigail thanks her. She’s glad everything is out in the open so things don’t fester. Gwen looks guilt-ridden as Abigail leaves.

Later, Abigail picks up the kids’ toys at the DiMera mansion. Gabi and Jake walk in. Gabi announces they’re moving back in. 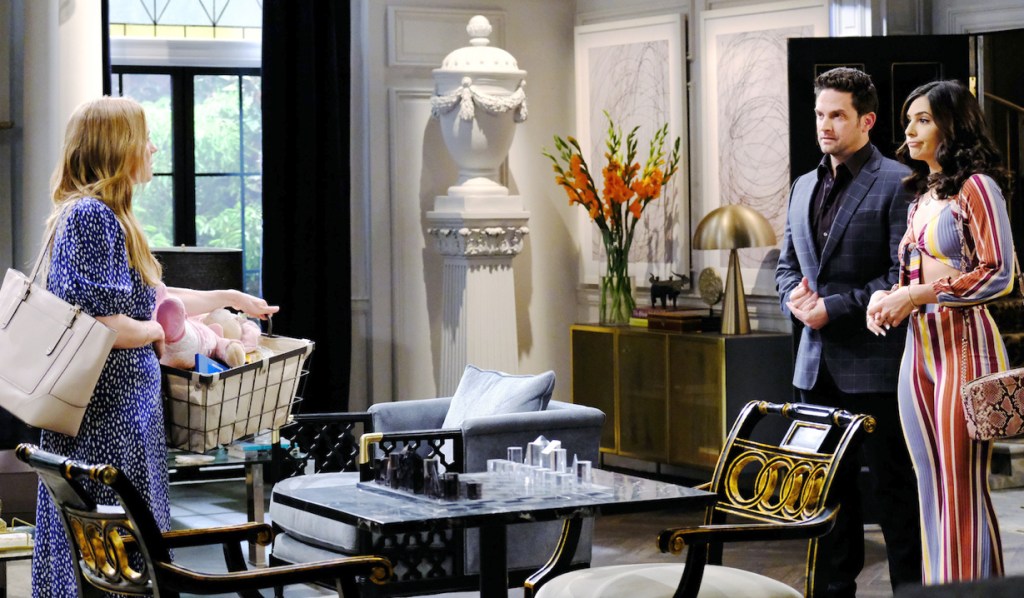 In his Salem Inn room, a bruised and battered Xander begs Justin on the phone to get his money released to him, or else the cops will come for him. He hangs up when Jack pounds on the door. When Xander lets him in, Jack apologizes for believing the worst in him. Gwen told him everything about why he covered for her and he understands. Xander is surprised Jack would forgive Gwen but then learns Gwen used his lie about being a prostitute. Jack is impressed with Xander sacrificing their friendship for his relationship with Gwen. He wonders if there’s more going on than casual friendship between them. “What are your intentions toward my daughter,” he asks.

Before Xander can answer Jack’s question, Gwen knocks on the door. Jack smiles as he watches the two interact. He leaves them alone. Xander wonders to Gwen, now that they’re both on good terms with Jack, where they stand with each other?

More: An accident and major decision in Chesapeake Shores teasers 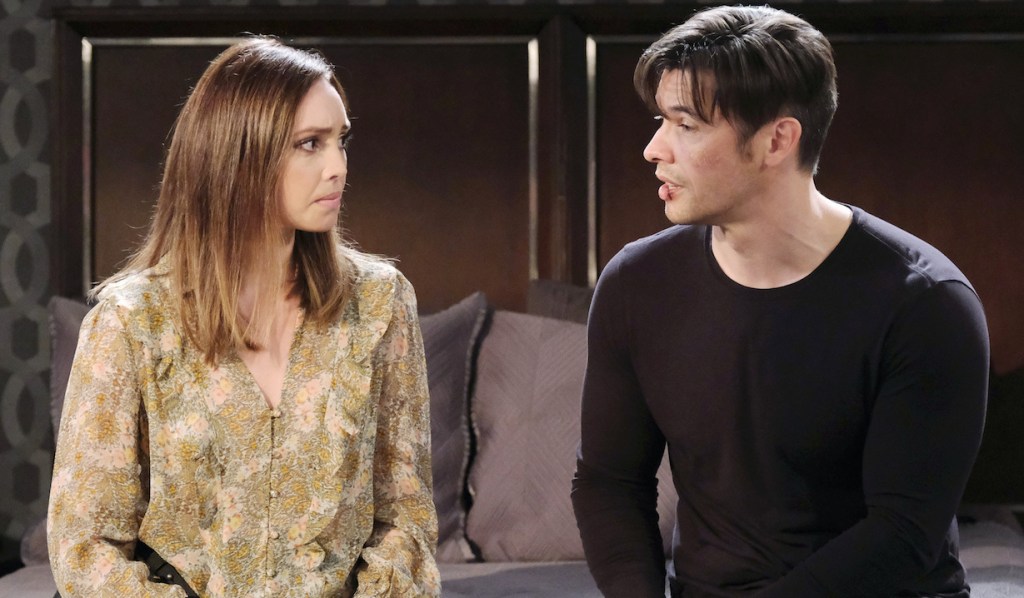 Next on Days of Our Lives: EJ gets the upper hand, and Chloe accuses Brady.

Revisit Gabi’s most memorable moments in our photo gallery below and then get your free daily soap-opera fix for Days of Our Lives — and all of the other daytime dramas — delivered straight to your email inbox by signing up for Soaps.com’s newsletter. 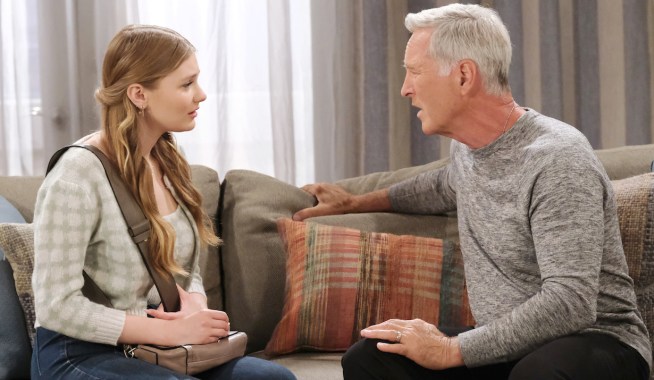 After Gabi Kicks Chad Out of the DiMera Mansion, EJ Drops a Bomb on Her — Plus, Xander’s in Another Bind 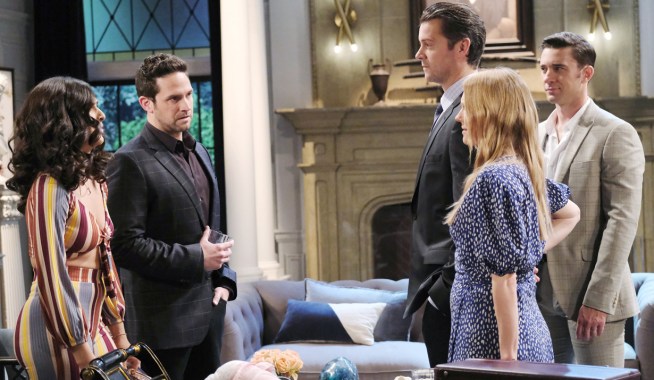