Tuesday, September 21, 2021: Today on Days of Our Lives, Allie gets confirmation from John, Doug's situation takes a turn, and Chanel and Johnny pick up where they left off. 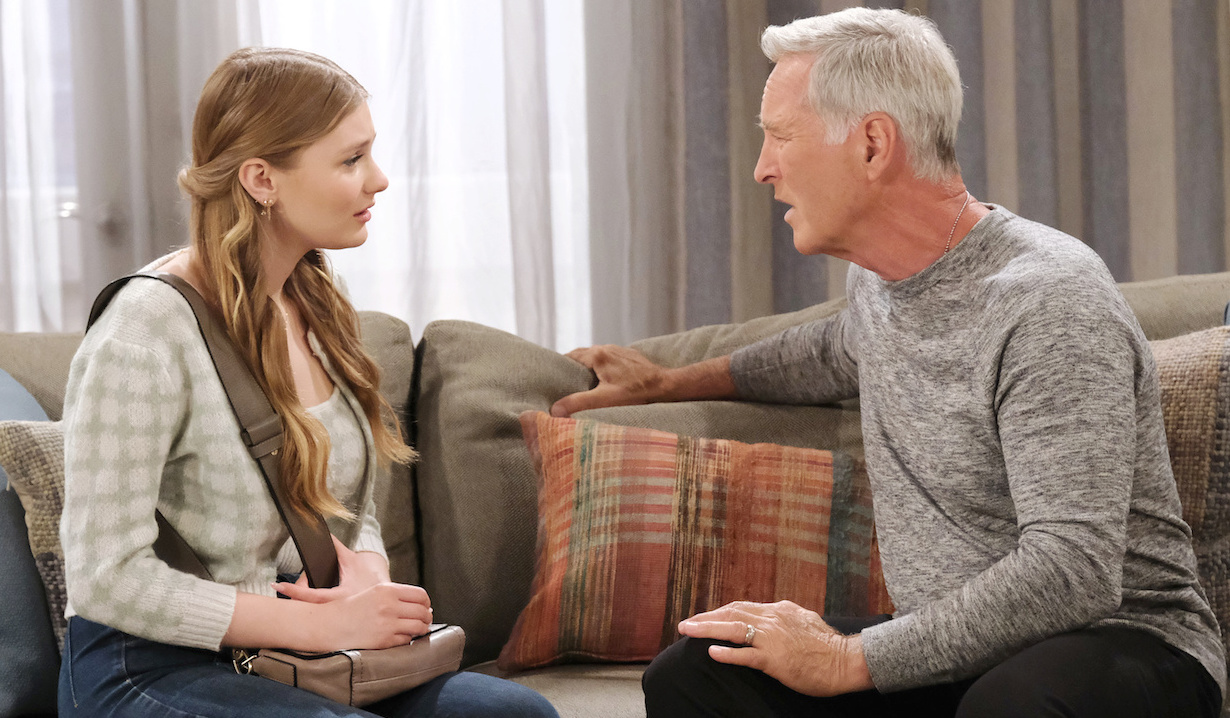 Lani comes to Paulina’s after work to pick up the twins. She brings up the possibility of her aunt marrying her father. Lani assures Paulina she gave Abe her blessing, but she knows Paulina has trouble telling the truth and keeping promises. She can’t have that anymore. Not for her or her dad. Lani makes Paulina promise she’ll never hurt her father. Paulina guiltily flashes to telling Marlena that Abe isn’t Lani’s biological father. She then struggles as she tries to tell Lani something. She ultimately just says Eli’s grandfather grabbed her behind. Lani’s surprised, but wonders what that has to do with Abe. Paulina says she doesn’t want it to upset him. Lani assures her Abe would just want her and Doug to be okay. Paulina hopes Doug is getting help. Lani relays that Doug is seeing Marlena today. Paulina looks worried but gets back on track by asking Lani if she has her permission to marry her father. Lani gives it and they hug. 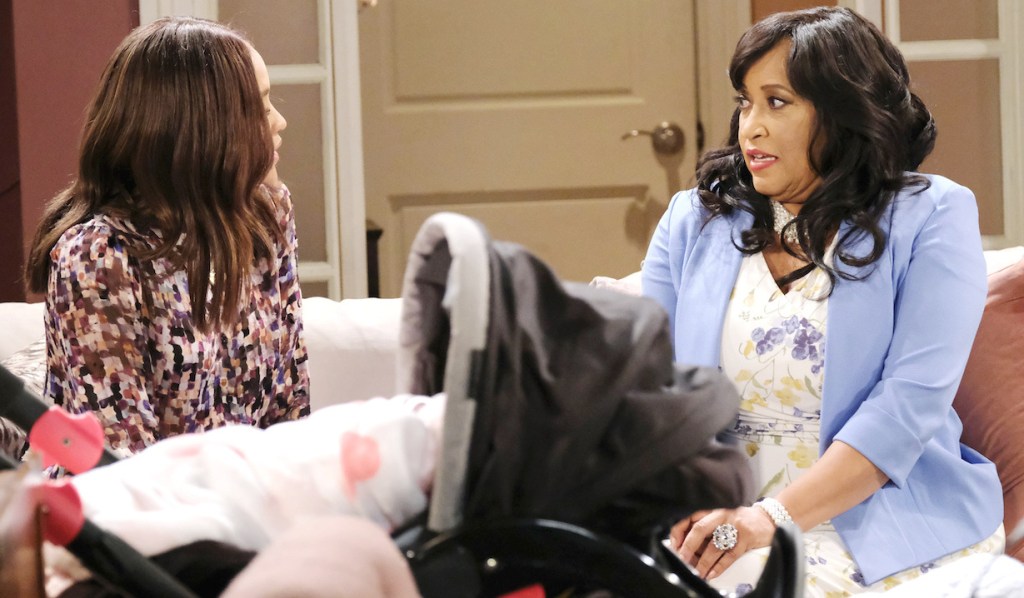 Abe comes in with an excess amount of food, explaining he invited John and Marlena over for dinner. Paulina says Marlena can’t come there. When Abe and Lani question her reaction, Paulina covers by saying she’s not up for entertaining tonight. She’d rather just go out, just the two of them. Abe agrees it might be better since John had something else on his mind.

At the penthouse, John tries to deny the possession story but ultimately confirms it to his granddaughter. Allie can’t believe she hasn’t heard about this before. John responds it’s not exactly bedtime story fodder. She grows more surprised when she learns John performed the exorcism. He says ultimately it was their love that saved Marlena. Allie marvels over their love story, but John says it felt like the end of the world. Allie can tell it took a lot out of him. John admits he’s scared. Facing pure evil was the most traumatic thing they’ve ever been through. The last thing he wants is for her grandmother to relive that. So, Johnny’s going to have to find another story to tell. Allie wonders if he’s worried about more than just reliving bad memories. John admits he worries they could be tempting the devil. 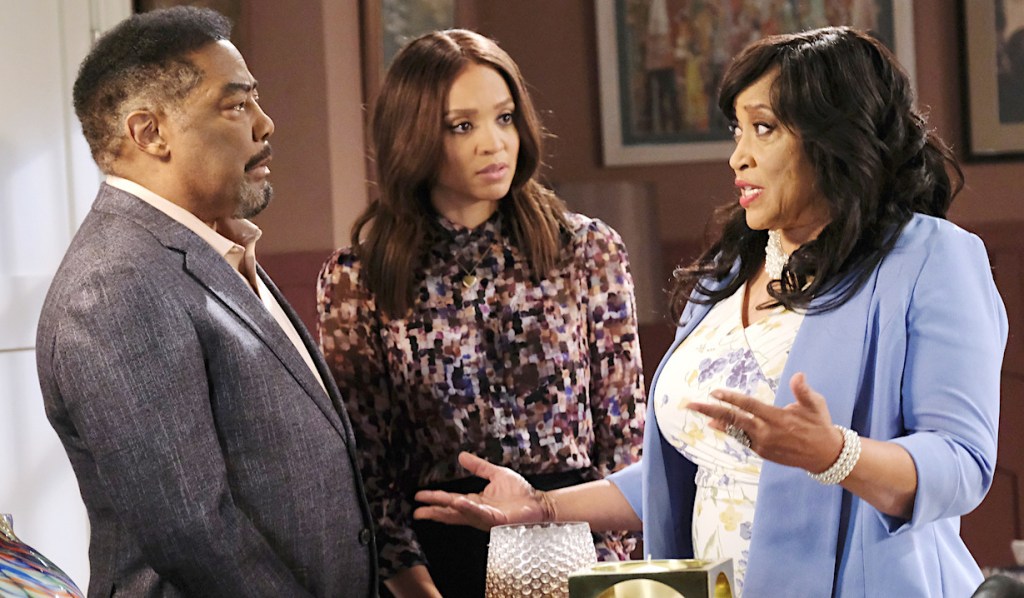 More: An accident and a major decision in Chesapeake Shores teasers

Julie yells at Marlena to help Doug who is passed out on the floor of her office. Marlena snaps out of her trance and calls for help.

After Doug is moved to a hospital room, Julie finds Marlena in the lobby looking off in a daze. She asks what happened in her office. Marlena doesn’t know what she means. Julie says she looked like she saw a ghost. Marlena says, “Not a ghost.” Julie asks if she’s okay. Marlena details her session with Doug who told her he locked Julie in the freezer on purpose. Marlena slightly smirks as Julie wonders what has gotten into her Doug. All Marlena knows is they were talking and then Doug collapsed.

In a hospital room, Tripp and Kayla run tests on Doug. They are confused when everything shows up normal. As Tripp leans over him, Doug grabs the med student’s arm. After Kayla releases his strong grip, Doug’s blood pressure drops. Kayla declares, “We’re losing him!”

Back in the lobby, Julie is sure Marlena isn’t telling her something. Before Doc can answer, Kayla approaches them.

More: Is Sarah on her way back to Salem? 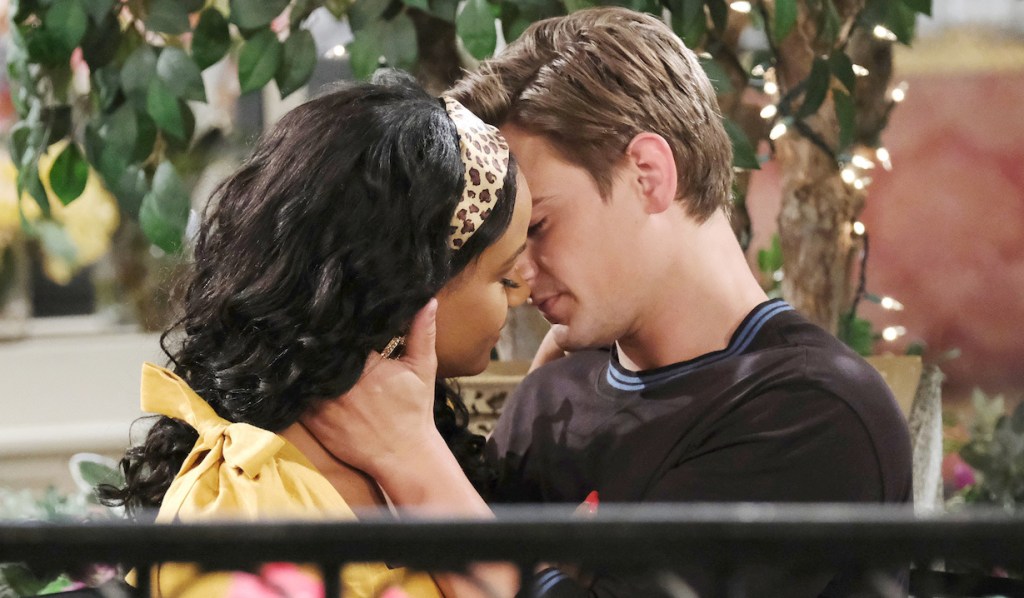 In the Square, Johnny answers a call from Sami. He says he needs to ask her about Grandma Marlena, but she doesn’t respond. Chanel walks up as he hangs up. He tells her there was static and then the call dropped. Sami texts him that she’s busy so he shouldn’t call back. When Chanel asks him what that was about, Johnny explains he needed to ask his mother if his grandmother was possessed by the devil. He details the whole story to a disbelieving Chanel. They start flirting as they talk about movies and her bakery. He invites her over to his place to watch The Exorcist. When she hesitates, he wonders where they stand. He likes her and hopes she feels the same way. Chanel smiles, thinking they can pick up where they left off.

Allie finds Chanel and Johnny making out in the Square. After a tense exchange, Allie tells her brother John confirmed that Marlena was possessed by the devil.

Julie sits by Doug’s hospital bed as he opens his eyes. Doug says, “He left me and went in to her.” Julie wonders what he’s talking about, but Doug drifts off.

When Marlena comes home to John, she tells him Doug collapsed in her office. He asks what caused it. Marlena is sure Doug will be just fine. Marlena closes her eyes as John embraces her. She slowly opens them revealing glowing yellow eyes.

Next on Days of Our Lives: Abby faces Gwen, and Victor shocks Brady.

Refresh your memory on Marlena’s outrageous past in our photo gallery below and then get your free daily soap-opera fix for Days of Our Lives — and all of the other daytime dramas — delivered straight to your email inbox by signing up for Soaps.com’s newsletter. 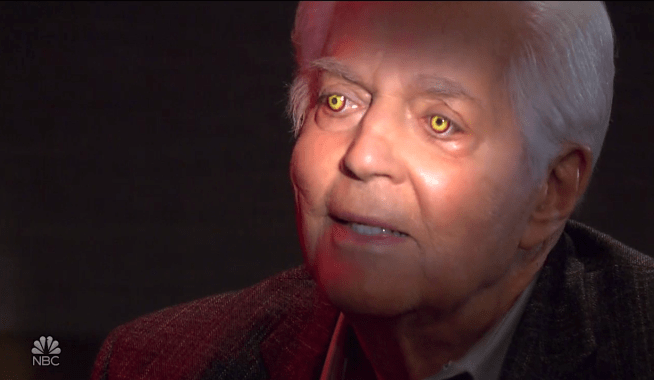 Julie Is Horrified By What She Finds After Demon Doug Tells Marlena Why He's Back — Plus, Johnny Finally Hears From Sami 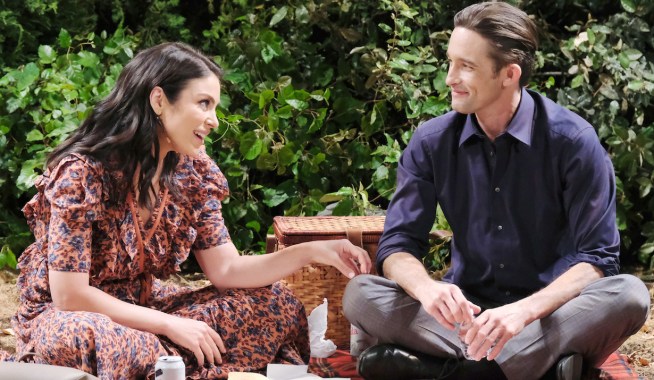