Tuesday, September 7, 2021: Today on Days of Our Lives, Xander puts the pieces together, Bonnie scrambles to deal with Calista, and Doug's confused. 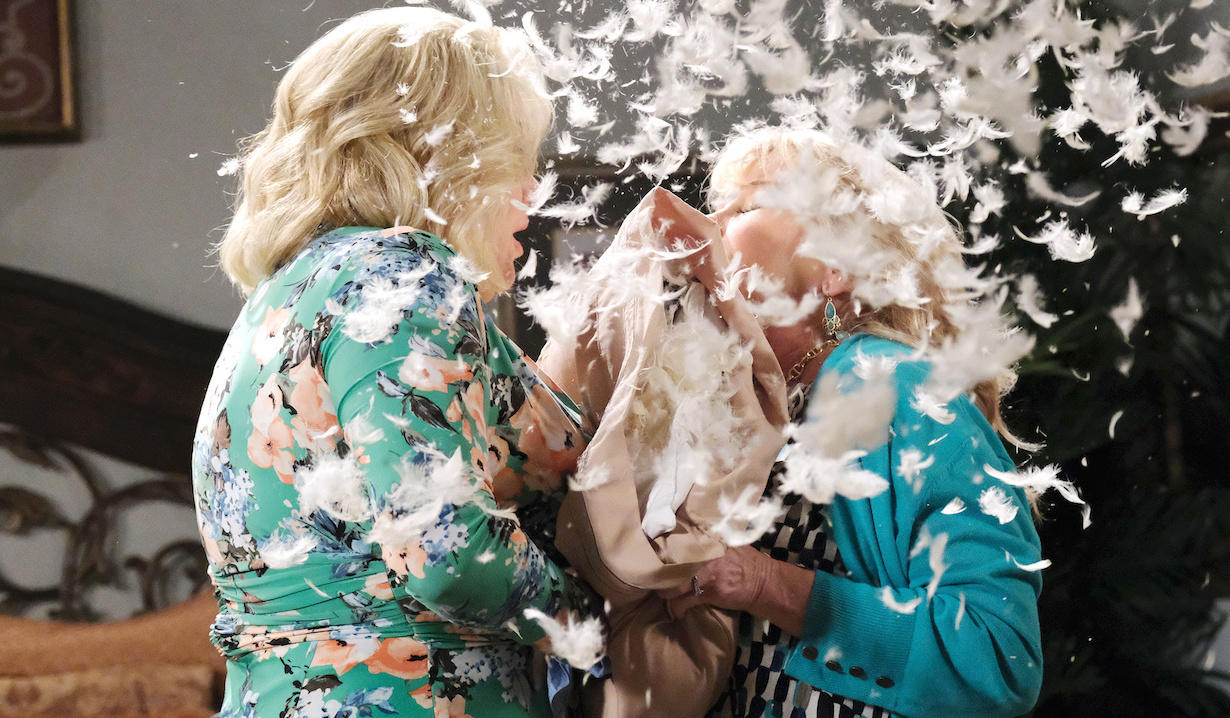 In his hotel room, Xander tells Gwen how Bonnie came over to invite him to her wedding. He realizes Bonnie stole his key card so she could break in later and grab the briefcase full of cash. He vows she’ll rue the day she crossed him. Gwen feels terrible he’s in this mess because of her. Xander points out it was his choice and implores her not to tell Jack the truth about her miscarriage. If she does, then everything he’s done will be for naught. Not to mention, Jack might not forgive her for lying about Abigail causing her miscarriage. Gwen can’t believe he’s sacrificing for her. She’s worth it, he says. She’s not sure what she’ll tell Jack about her involvement with Synder but at least he’ll know Xander isn’t at fault. He kisses her for luck before she leaves.

More: Why Ciara needs to listen to Ben — for once 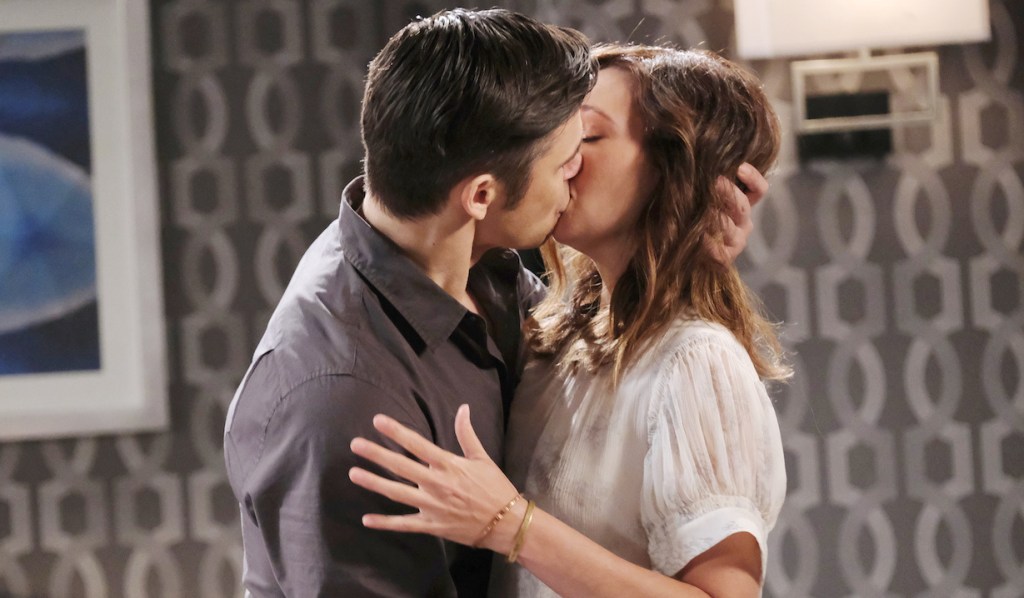 Calista holds Bonnie at gunpoint upstairs at the Kiriakis mansion. She tells her former sister-in-law, “Today, you die.” Bonnie begs for her life but Calista wants vengeance for her hubby’s death. She grabs a pillow to use as a silencer. Bonnie lunges for her and they struggle. The gun goes off causing feathers to fly. As they pull away, Calista touches the blood on her dress and falls onto the bed.

Steve welcomes the Justice of the Peace to the mansion. He fills him in on the confusing details of Justin and Bonnie’s union. Kayla and Justin show up after the man heads to the kitchen for food. Kayla goes to tend to the bride, leaving Justin to rant about Bonnie’s odd behavior. Justin knows it took a lot for Steve to be his best man. He appreciates his support. Steve just asks Justin to be happy. They toast as the officiant returns looking to get the show on the road.

Bonnie panics as Kayla knocks on the bedroom door. She scrambles to clean up as Calista’s body remains lifeless on the bed. She rolls Calista over onto her side and puts a blanket over her as Kayla enters. Bonnie lies that Calista isn’t feeling well — too many mimosas. Kayla offers to help a shaky Bonnie get into her wedding dress.

More: Eli and Lani spring into action in Beyond Salem recap 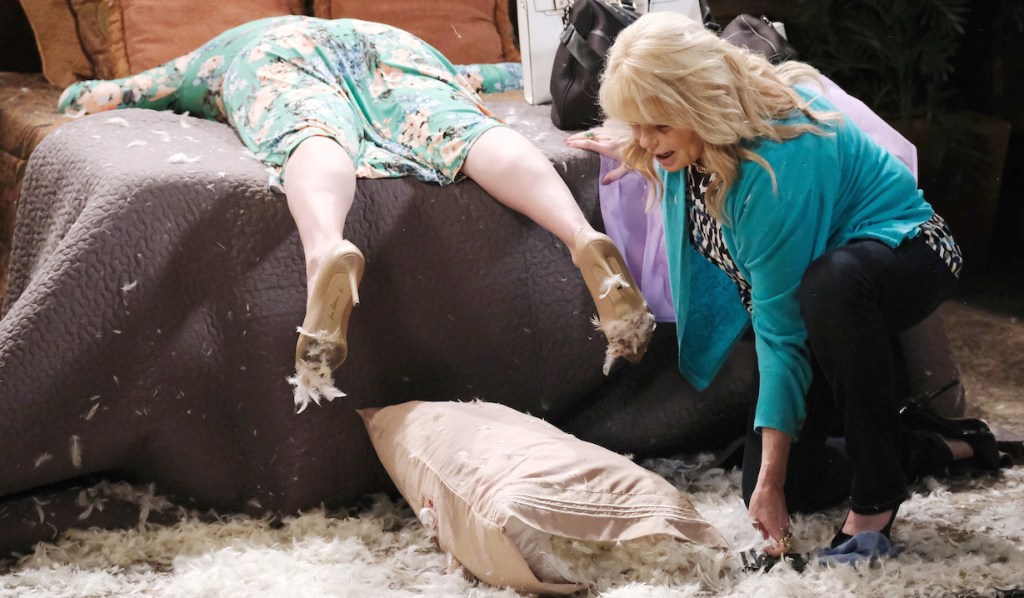 Kayla leads Bonnie, dressed in her wedding gown, to the living room. As the wedding gets started, the Justice of the Peace asks if anyone has an objection. Xander enters declaring he does. He accuses Bonnie of stealing a million dollars from him.

At her restaurant, Julie theorizes to Jack that Doug locked her in the restaurant cooler to protect her from robbers. She worries they kidnapped him. Jack counters it’s possible she and Doug had a fight and he left in there to cool off. She supposes it’s possible but wonders where he’d go. She needs to find her husband!

As Roman serves Doug a hamburger and a beer at Brady’s Pub, Doug calls him John. He then mixes up the names of other people they talk about. Roman calls Julie, suggesting she come there right now. 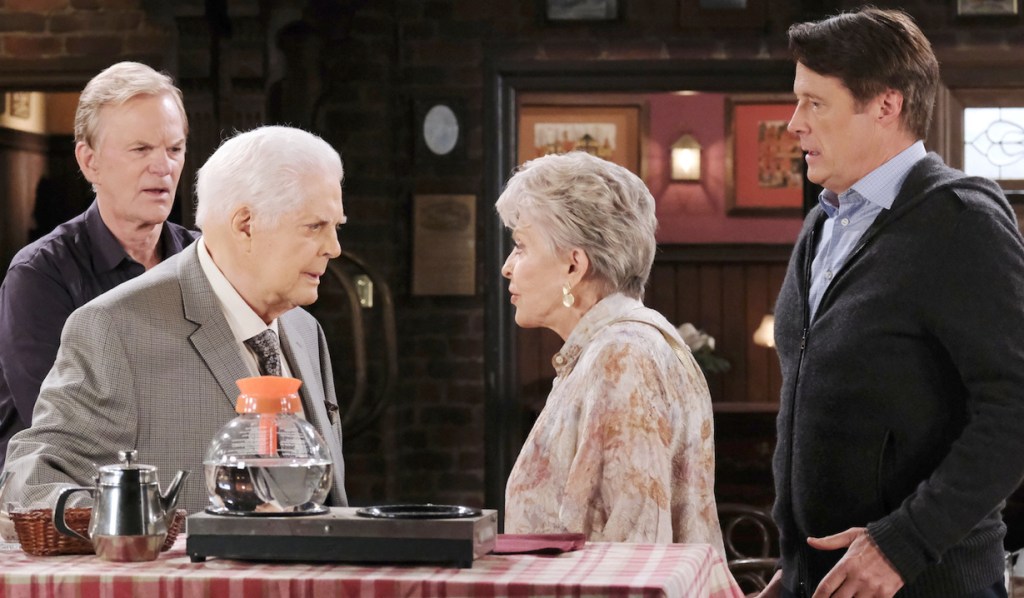 When Julie and Jack show up at the Pub, Julie tells her husband he locked her in the freezer. He thinks she’s confused him with someone else and asks if she’s okay. Julie’s face falls.

When they get home and Julie has settled Doug in upstairs, she tries to pretend like everything is okay. Jack shares that Roman told him about Doug’s confusion with names. Julie thinks he’s just tired. He’ll be fine once he’s rested. Jack suggests they get Doug checked out just to make sure. Julie insists her husband isn’t going anywhere.

Julie leaves the room to check on Doug when Gwen comes home. Jack looks for answers from his daughter about Snyder. Flustered, Gwen makes an excuse to leave. 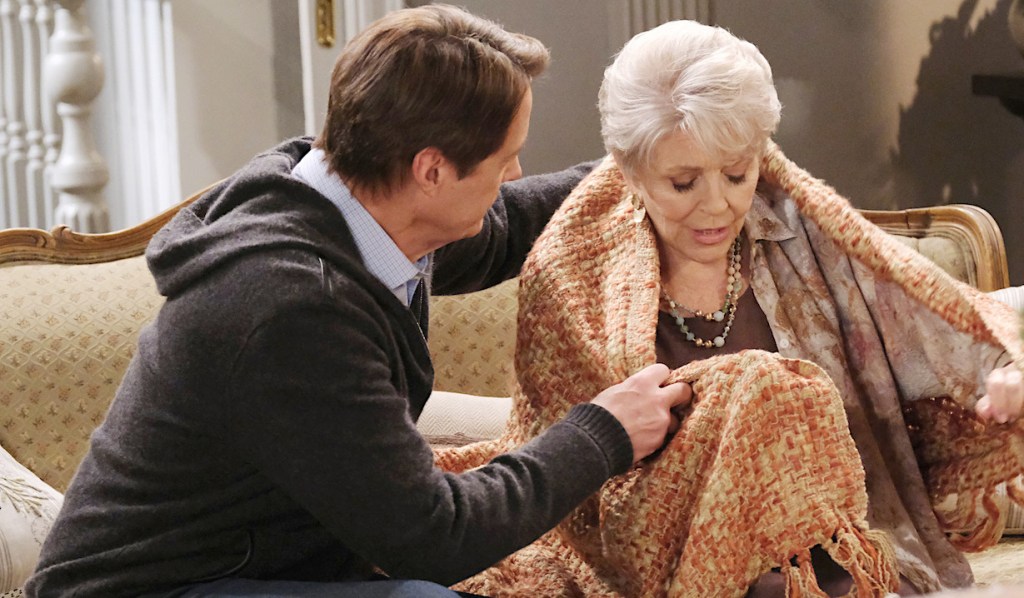 Next on Days of Our Lives: Gabi and Jake spy on Philip, and Eli and Lani accept an invitation.

Refresh your memory on Steve’s long history in Salem in our photo gallery below, and then get your free daily soap-opera fix for Days of Our Lives — and all of the other daytime dramas — delivered straight to your email inbox by signing up for Soaps.com’s newsletter. 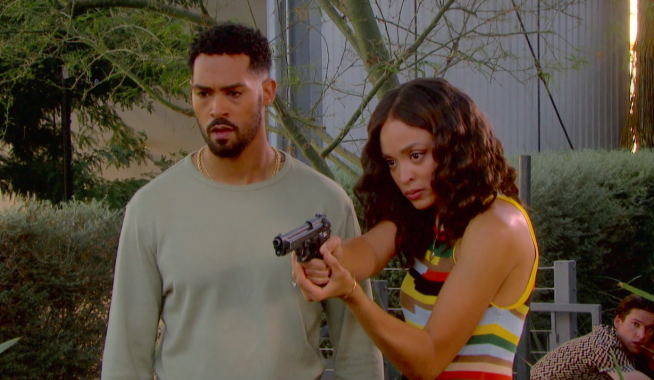 Beyond Salem Recap: As Eli and Lani Dodge Danger, Billie Teaches Ben and Ciara a Lesson

Beyond Salem Recap: Kristen Pulls a Fast One as Billie Meets Her Drag Queen Doppelganger 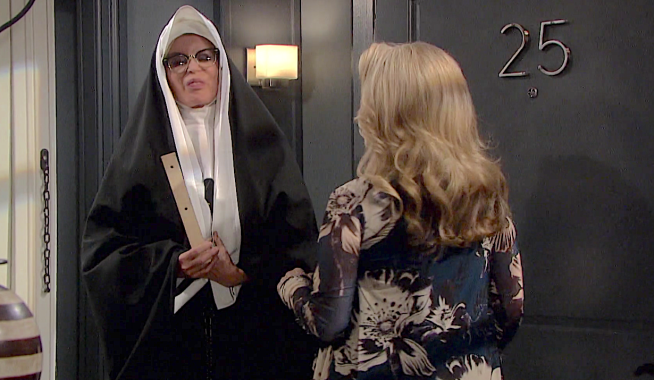