Friday, August 13, 2021: Today on Days of Our Lives, Ben and Ciara look to their future, Paulina gets a surprise, and Xander steps up for Gwen. 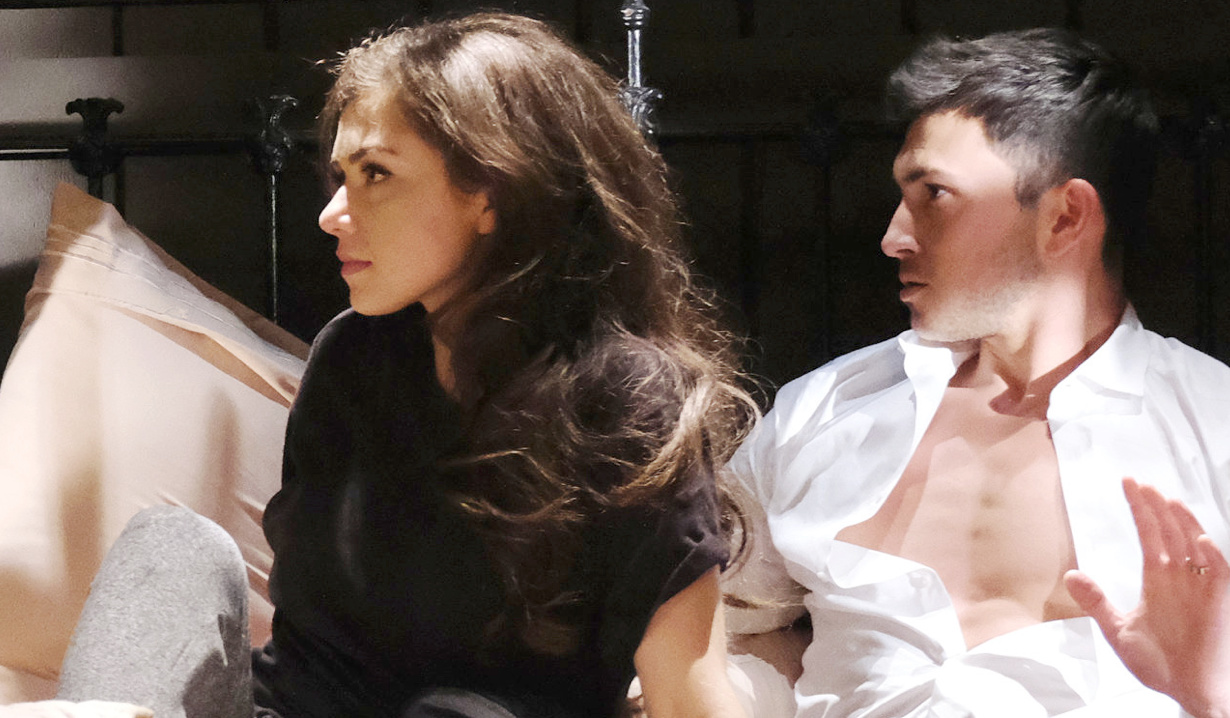 At her place, Paulina tells Theo a woman called after seeing the reward poster. She might have a lead on Ciara. All Paulina needs to do is transfer money to her bank account and the woman will tell them what she knows. Theo says it sounds like a scam and calls Shawn.

When Shawn arrives, he warns Paulina against giving the woman money. The woman messages her bank account info. Paulina says it’s now or never. She doesn’t care if she’s getting scammed or not, she just wants to get Ciara back. The woman calls after Paulina transfers the money. Paulina threatens the woman if her info doesn’t pan out. Paulina relays the location, which Shawn recognizes.

After Shawn and Theo leave, someone knocks at her door. When Paulina opens it, she says, “What the hell are you doing here?” 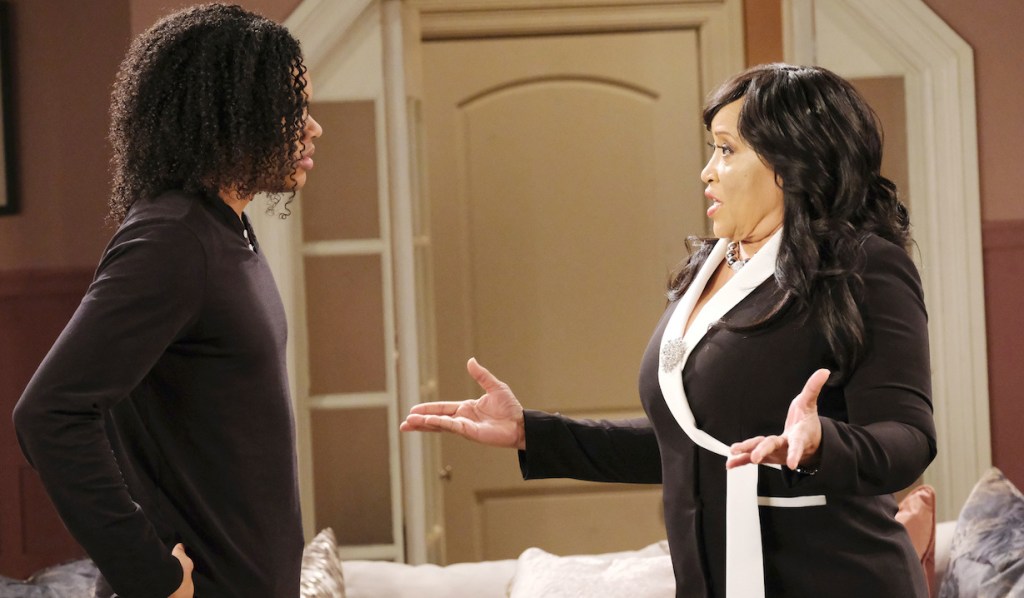 Ciara’s memories of Ben coming rushing back at the cabin. Ben limps over asking what she remembers. Ciara recalls his marriage proposal. Ben holds up the fortune with the word “Yes” printed on it. He knows fate will always bring them back together. Ciara doesn’t know about all that but, as they move closer to each other, she breathlessly details more of the proposal. More memories flood back. When she remembers their wedding, Ciara eagerly grabs Ben and kisses him.

Ciara pulls away and tells Ben she remembers everything. Ben can’t believe this is happening. Ciara marvels over him fighting for her despite how cruel she was to him. She suddenly thinks about Theo. Ben holds Ciara as she worries about hurting him. Ben points out Theo knew he was taking a risk. She wants to find him and tell him in person. Ben asks her to let him hold her a while longer. She leans back into his arms. 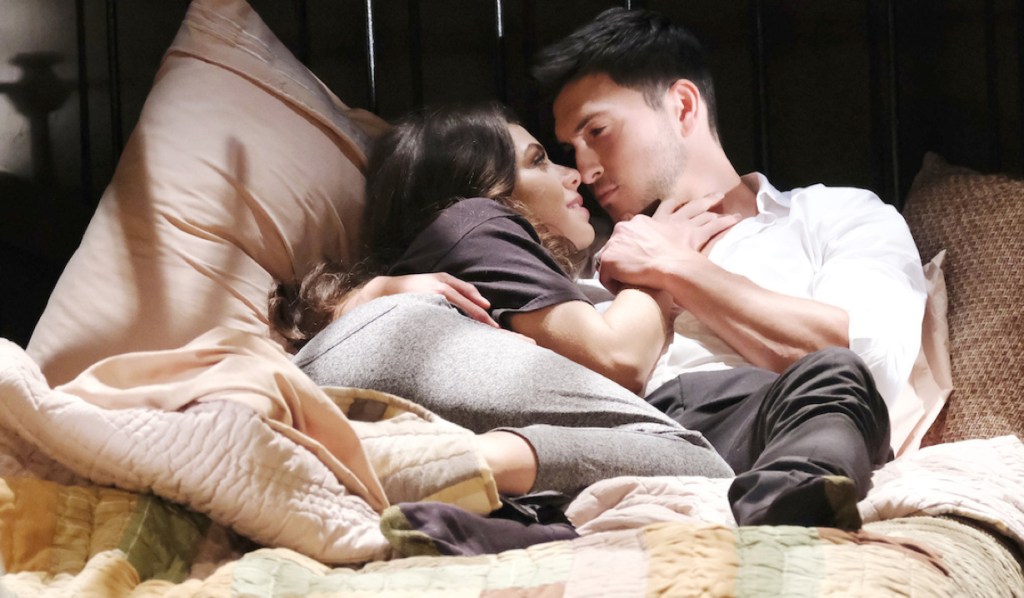 Ben and Ciara lay in each other’s arms on the bed. She remembers their shared dream, noting Romeo and Juliet didn’t get a happy ending. Ben assures her they will though. As they talk about another wedding and a honeymoon, Shawn opens the door with his gun drawn. Theo stands behind him and stares at Ciara.

More: Did EJ abduct his own wife? 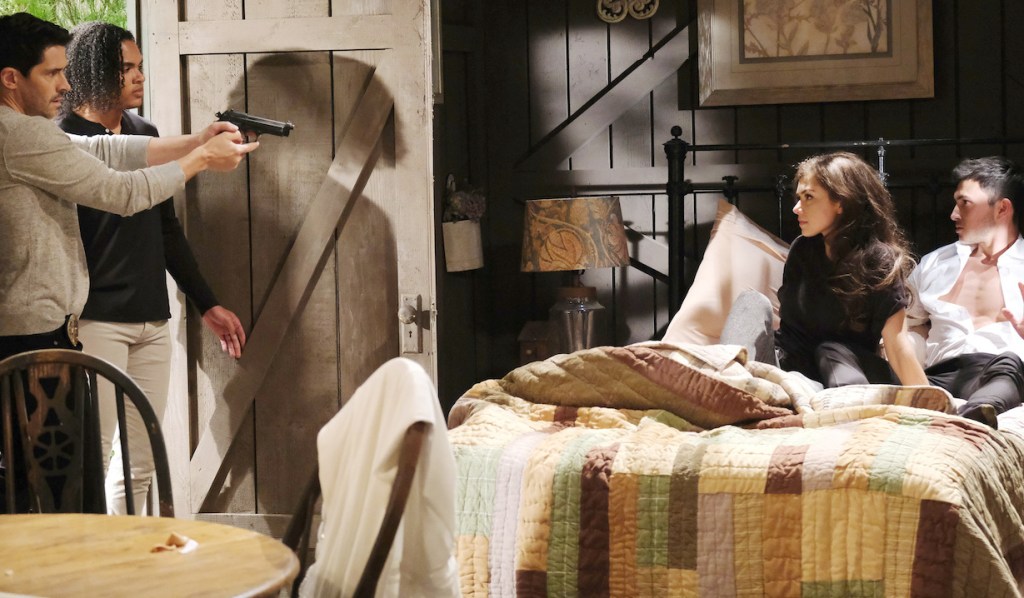 Lani rants about Paulina to Abe at Brady’s Pub. She doesn’t know how Abe can get over what she’s done. Abe defends her but Lani says her aunt can’t be trusted. She details how, while growing up, Paulina would shower her with presents and promises that she never kept. Lani tells one particularly heartbreaking story about Paulina not following through on her promise to take her to Paris. Lani doesn’t want Abe and Theo to get hurt like she was all those years ago. She thinks it’s best they have nothing to do with her. Abe suggests there might be circumstances she doesn’t understand. He brings up Paulina’s controlling ex but Lani doesn’t know what he’s talking about. After Abe fills Lani in, he gets a message about Paulina’s reward leading to information on Ciara’s whereabouts. 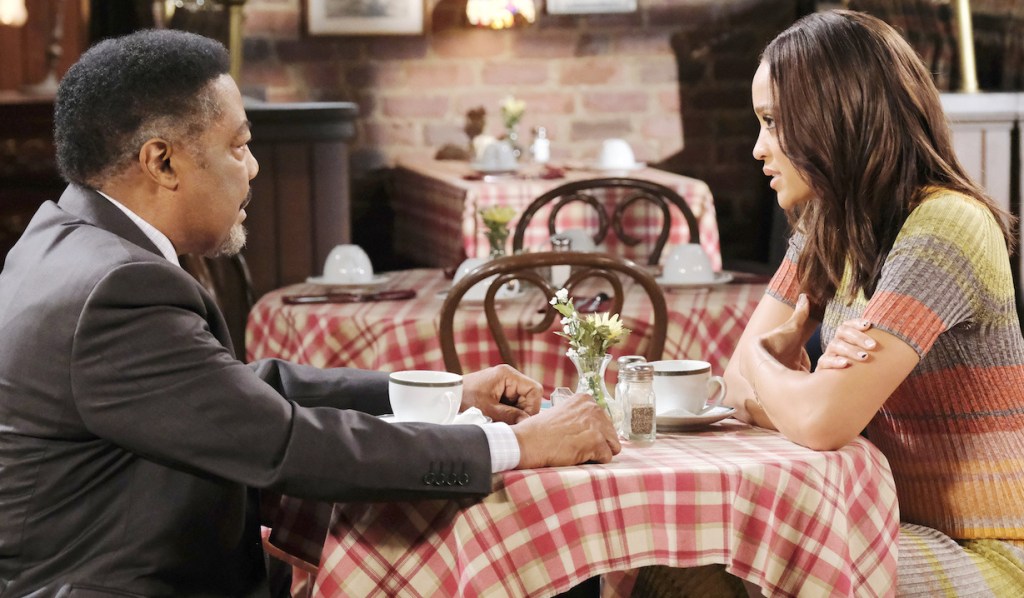 Jack visits Steve at home. Patch tells his brother he’s been checking out Dr. Snyder. He was a total sleazebag and it looks like Gwen was involved in his drug business. Jack asks Steve to hold off talking to the police so he can get the real story from his daughter.

Xander finds Gwen eating popcorn at the Horton House while reading an Intruder article about him being the “Happy Homewrecker.” She doesn’t think he’ll ever get another job now that his antics have been published. She wonders if it was worth it. Xander responds, “You wouldn’t believe how worth it it was.” 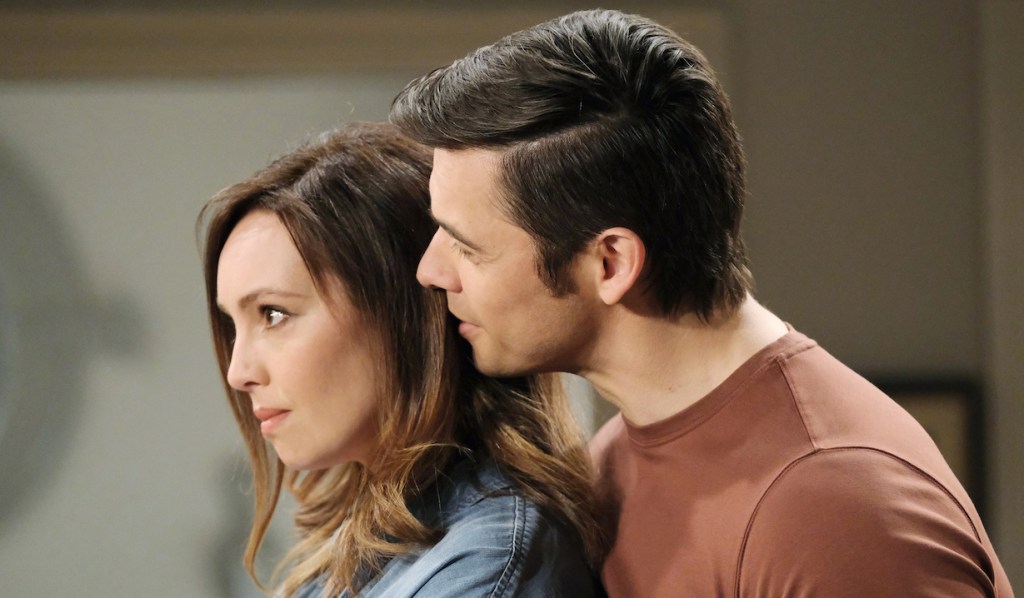 They move on to discussing Snyder’s death. As their banter turns flirty, they recall getting carried away with their kiss. Xander suggests they get carried away again. As Xander moves in close, they hear the door open. Gwen pushes him away as Jack enters accusing his daughter of running drugs. Gwen tries to denies it but Jack accuses her of lying to him and using his family as a cover. An emotional Gwen admits she was working with Snyder. Jack can’t believe she’d put everyone at risk. As he lashes out at Gwen, Xander remembers Gwen relaying her fears about losing her father. As Gwen is about to tell Jack the whole truth, Xander interrupts. He says Gwen was helping him out of a jam.

Next on Days of Our Lives: Theo’s heartbroken, and Paulina’s mother visits.

Take a look through our photo gallery of soap fans’ unpopular opinions and then get your free daily soap-opera fix for Days of Our Lives — and all of the other daytime dramas — delivered straight to your email inbox by signing up for Soaps.com’s newsletter.

Ciara Is Flooded With Memories After...

Ben and Ciara Get *Reacquainted*...