Monday, August 09, 2021: Today on Days of Our Lives, Ben takes Ciara to the cabin, Allie and Claire are arrested, and Sami confesses. 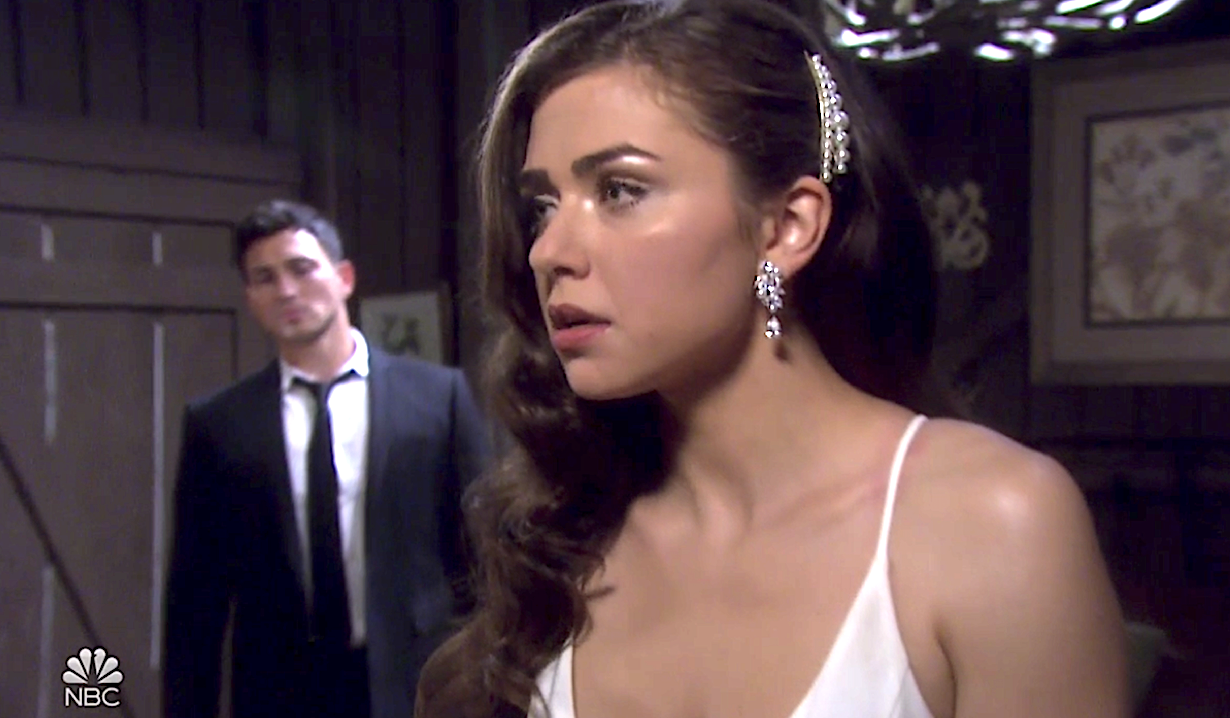 EJ opens champagne for him and Sami at home. He toasts to his wife who is beautiful, strong, and also a “lying adulteress.” Sami’s smile fades. She tries to deny it but EJ demands to know what happened before he came back. Sami takes a breath and admits, “I slept with Lucas.” She insists it didn’t mean anything but EJ shouts that it means something to him. She recounts the circumstances in the wine cellar and lies that it only happened that one time. EJ pulls out Kristen’s letter and reads the part about Sami sleeping with Lucas in her mother’s guestroom. Sami recoils and then grabs the letter. She calls Kristen a liar. After more yelling, EJ gives her one more chance to tell the truth. Sami relents and confesses she slept with Lucas more than once. He asks why. Sami sobs as she details how lonely she felt in their marriage. EJ can’t believe she is blaming him. She reminds him they found a way to work through his affair with Abby. She thinks they can do it now. EJ insists what happened with Abigail was different because they weren’t married yet. Sami won’t let him get off on a technicality but EJ now has a renewed appreciation for a higher power. They continue to argue.

At Brady’s Pub, Philip tells Lucas he gave Nicole Kristen’s letter. A panicked Lucas runs to find Sami, as Philip insists he was only trying to help.

More: What should happen now that Days is back 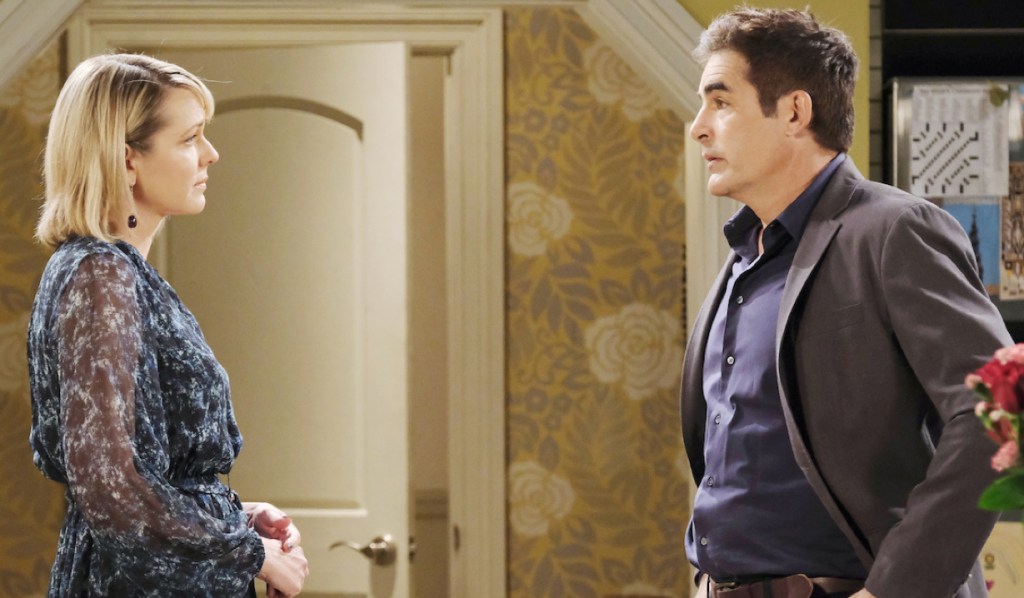 When Rafe visits Nicole at home she tells him her marriage is over. She tearfully explains how Eric found out she cheated on him. Before she can tell him she slept with Xander, Lucas knocks on the door.

Nicole goes to the hallway with Lucas who implores her not to give EJ the letter. She tells him it’s too late — EJ already read it. Lucas worries about his reaction and takes off to find Sami.

Lucas runs into the DiMera mansion yelling Sami’s name. He finds EJ sitting stone faced in a chair. EJ says, “If you’re looking for your mistress, she’s not here.” 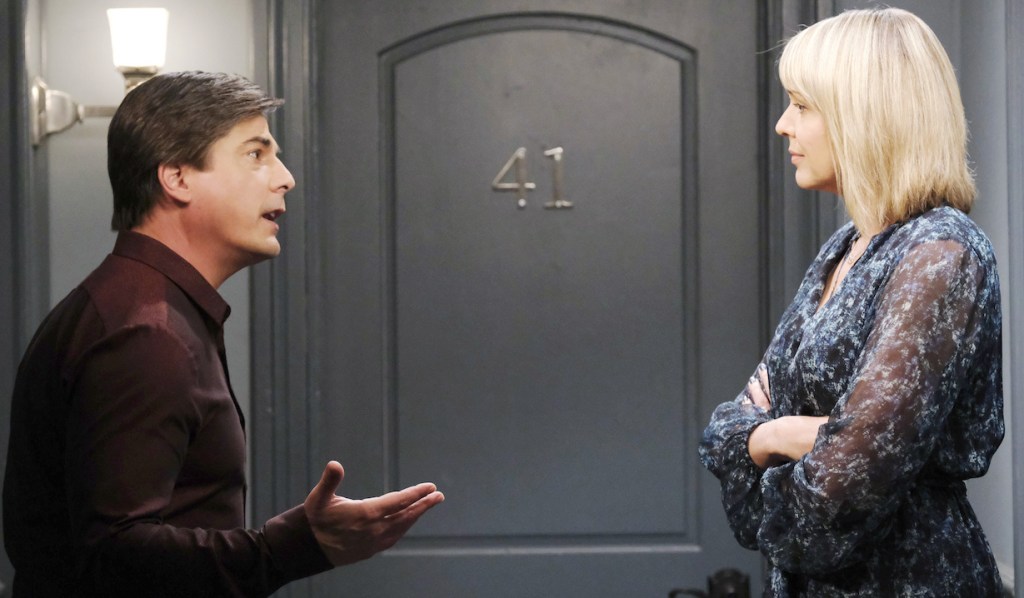 Nicole returns to Rafe in the apartment. He assumes Lucas was the man she cheated with. Nicole corrects him, “Xander was the man I crawled into bed with that night.” Rafe takes a minute to process that information. He then asks what Lucas’ visit was all about. Nicole tells him about Sami cheating on EJ with Lucas. Sami knocks on the door. When Nicole opens it, Sami says, “Rafe you better get out of here. The bitch and I need to talk.” 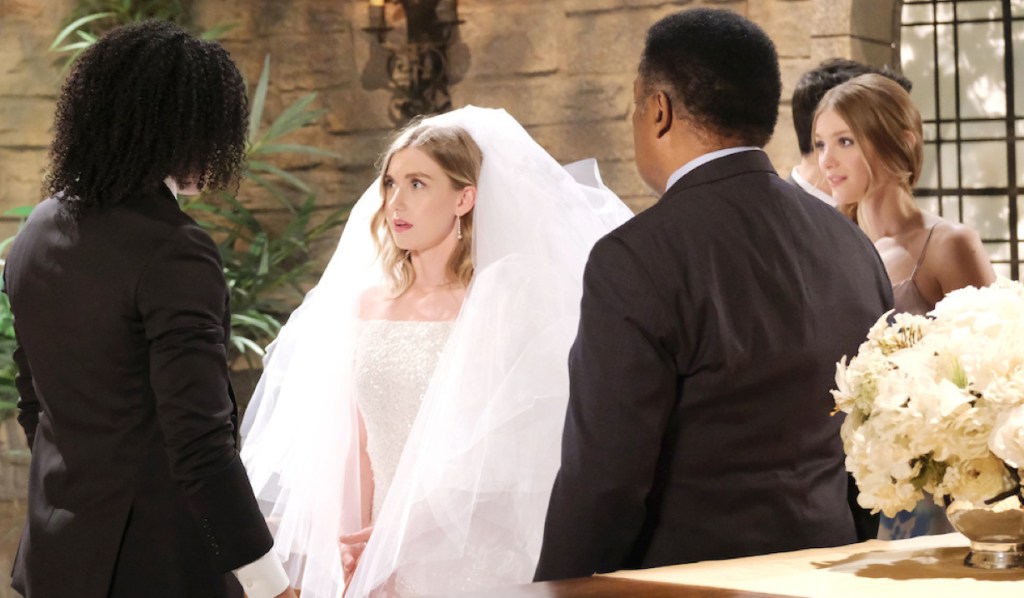 At the church, Theo is shocked to find Allie under the veil at the altar. “What the hell is going on here,” he asks. Allie explains she’s giving Ben and Ciara a chance to be alone together. When Theo tries to call Ciara, the phone in Allie’s hands rings. The young women declare they are only trying to help Ciara remember. Lani orders Allie and Claire to reveal Ben and Ciara’s whereabouts or else she will place them under arrest. Claire looks to her parents for backup but Belle points out she broke the law. Theo reminds them that Ciara wants nothing to do with Ben. Claire declares she will when Ben gets done with her. Theo wonders what that means. When the women remain mum, Shawn supports Lani arresting them.

In the limo, Ciara demands Ben take her to the church. Ben smiles and says, “You’re wedding is off.” She tries to open the door but discovers Ben controls the locks and that he took her phone. Ben takes Ciara to the cabin. He explains he fixed it up after burning the divorce papers. He didn’t want it to look the way it did when she was scared. He wanted it to look the way it did when they fell in love. Ciara calls it creepy, not romantic. Ben urges her to take a look around. She will if he’ll take her back to Salem as soon as she’s done. He agrees. After Ciara walks around the cabin, Ben asks if she remembers something. Ciara steps closer to him and tells him to go to hell. She pushes him, causing him to fall over a chair. As Ciara heads for the door, Ben asks her to stay because he twisted his ankle. She shouts that she has a wedding and a life to get back to. Defeated, he tells her to go. Ciara grabs the car keys and rushes to the car. Ben slumps against the bed holding his ankle. Ciara opens the cabin door. Ben says, “Ciara, you came back.”

At the police station, Lani and Shawn demand answers from Allie and Claire. Claire says it looks like they’ll have to lawyer up. She asks Belle to represent them.

On the next Days of Our Lives, Sami and Nicole clash, and Gabi has plans for Philip.

Remember all the things Ciara can’t about how Ben went from villain to hero in our photo gallery below. Get your free daily soap-opera fix for Days of Our Lives — and all of the other daytime dramas — delivered straight to your email inbox by signing up for Soaps.com’s newsletter. 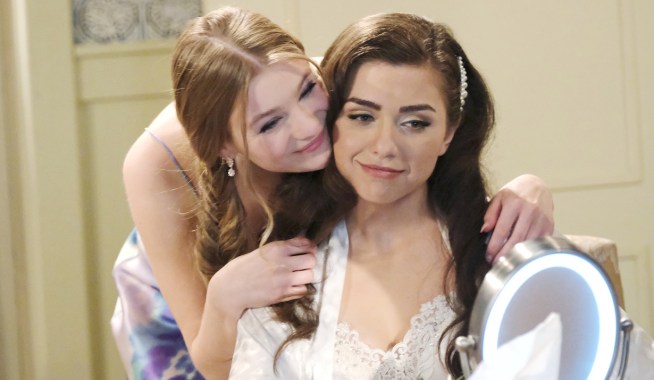 Allie and Claire Are Eager Accomplices in Ben's Plan to Kidnap Ciara — Plus, Philip Gives Nicole the Detonating Device to Blow Up Sami's Marriage 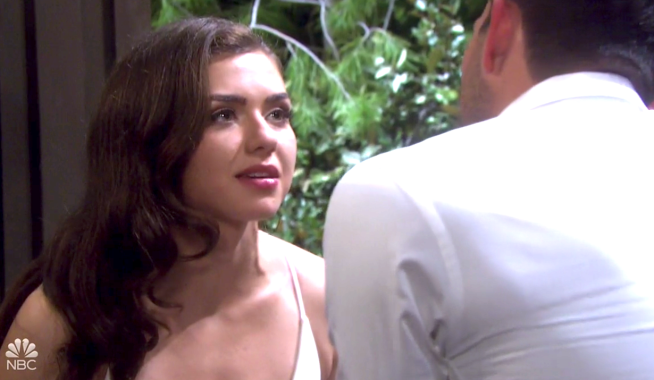