When Xander Gleefully Reveals Nicole’s Infidelity, Eric Punches Him — Plus, Brady and Chloe Come to a Startling Realization About Sami

Monday, July 19, 2021: Today on Days of Our Lives, Eric is devastated, Brady confronts Xander, and EJ questions his wife. 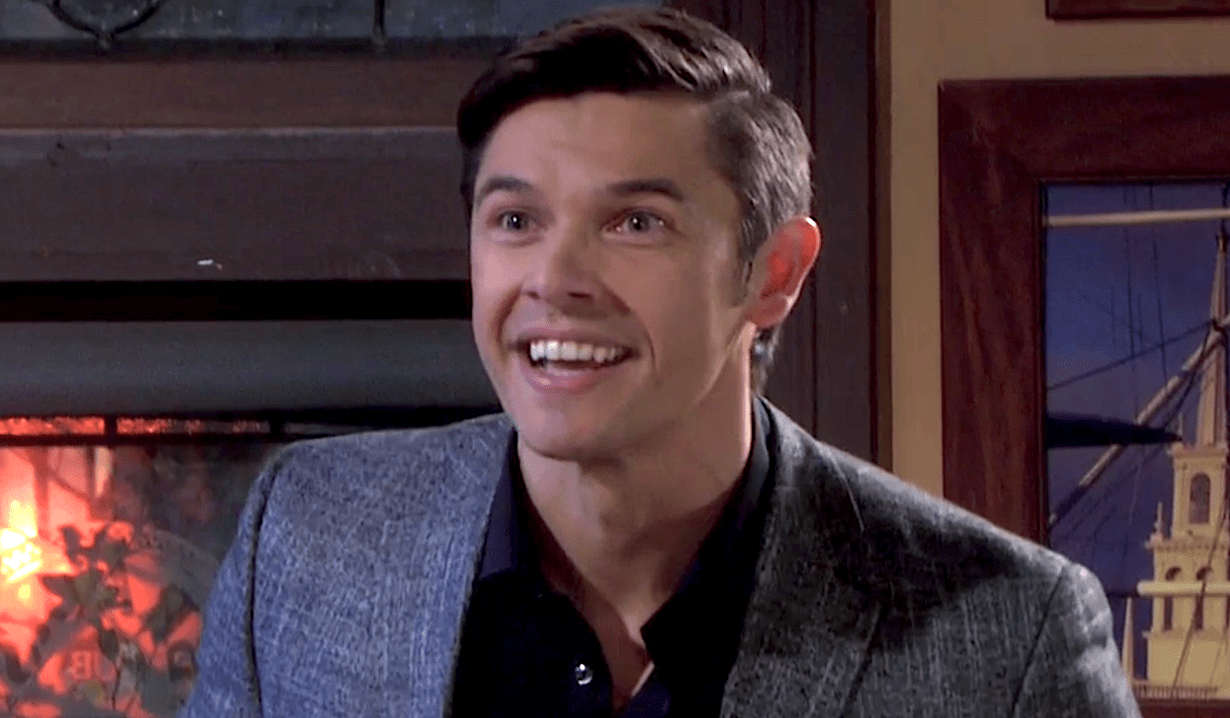 After Xander bursts into Brady’s Pub, he tells Eric that Nicole has been cheating on him. Sami smirks behind her champagne glass. Eric knows he’s lying and orders Xander out. Xander taunts Eric about him leaving Nicole alone for so long and picks up a glass of bubbly. He downs it and then gleefully exclaims he was the one Nicole slept with… and she loved every minute of it. When Eric refuses to believe him, Xander details their night together. He then turns to Sami to back him up. 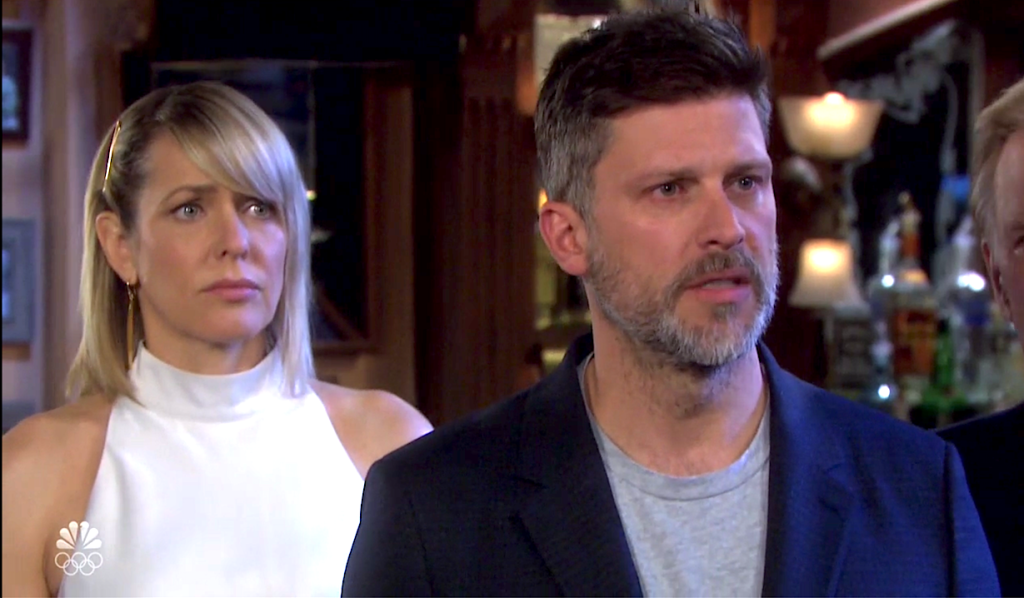 Sami hesitates until Eric asks her for confirmation. Sami admits she saw Xander and Nicole going into the Salem Inn. She plays up the innocent act saying she was trying to gather more information before telling him. Nicole denies it, insisting she got her own room that night. Brady tries to cover for Nicole about the room being a corporate expense. When Xander needles Eric about how much Nicole enjoyed their night together, Eric punches him. John and Roman physically throw Xander out but not before he declares Nicole gave him a job to keep him quiet.

To Brady, Chloe scoffs at the idea of Nicole sleeping with Xander. Brady flashes back to Nicole confessing it and says he won’t let Xander get away with trying to ruin her marriage. He passes John and Marlena as he runs out. Marlena tells her husband the pain on Nicole’s face seems to confirm Xander’s claims.

Eric faces Nicole. Why would she hire Xander? Chloe jumps in to defend her friend but Sami demands Nicole tell Eric the whole story. Marlena tells her daughter to mind her own business. Eric asks Nicole for the truth. Nicole cries as she says, “I’m so sorry.” Eric storms out. Marlena and Roman follow their son out, as Chloe comforts Nicole. Belle wonders to John how Nicole could have done this to Eric.

Sami starts to leave the Pub with EJ until Nicole grabs her. The women snipe at each other until Sami reminds Nicole of the commandment about not committing adultery. Nicole raises an eyebrow and retorts, “Let she who is without sin cast the first stone.” She pointedly looks at EJ and then walks out. Chloe leaves to check on Brady, while Belle tells John she thinks Sami set the whole night up. John defends his stepdaughter but Belle knows her sister. 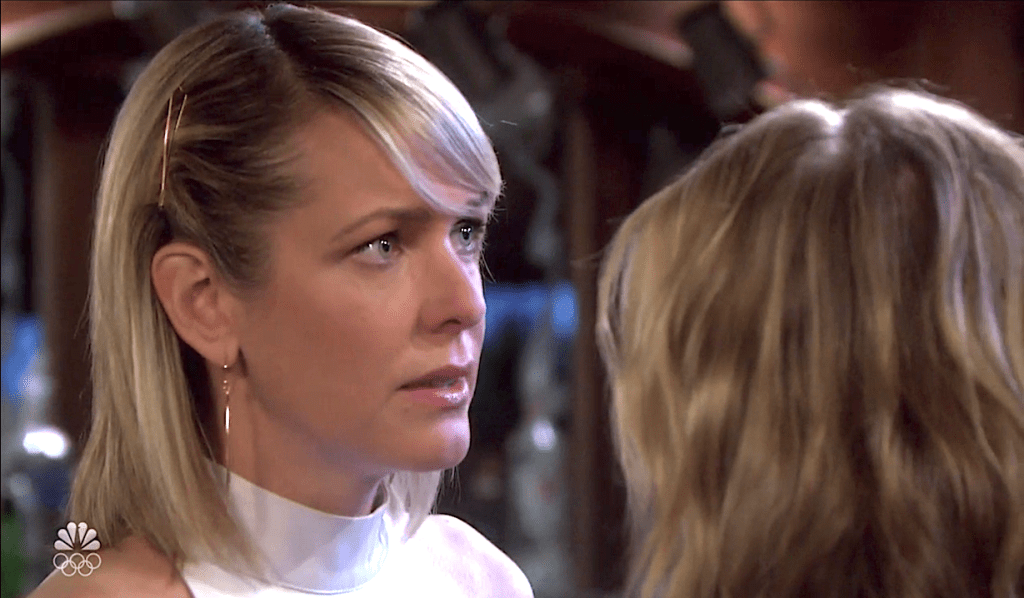 Eric crumples to the floor in tears when he gets home. Roman and Marlena show up and embrace their son. They think his and Nicole’s love can through anything but Eric says not this time. He wants to be alone and asks his parents to leave. Once they’re gone, Eric looks at his and Nicole’s framed wedding photo. He picks it up and throws it across the room. Nicole walks through the door in tears. At the Horton House, Xander opens his briefcase which contains a cool million — and for only a few minutes of work. Plus, a punch to the face. After he confirms Sami didn’t short him, Brady enters. He wants to know what Xander is getting out of exposing Nicole. After letting Xander know he no longer has a job at Basic Black, Brady spots the briefcase full of cash. He demands to know who paid him off. Xander tells him it’s none of his business. Chloe enters, prompting Xander to leave the room. Brady tells Chloe someone paid Xander to expose Nicole. They conclude it was Sami. 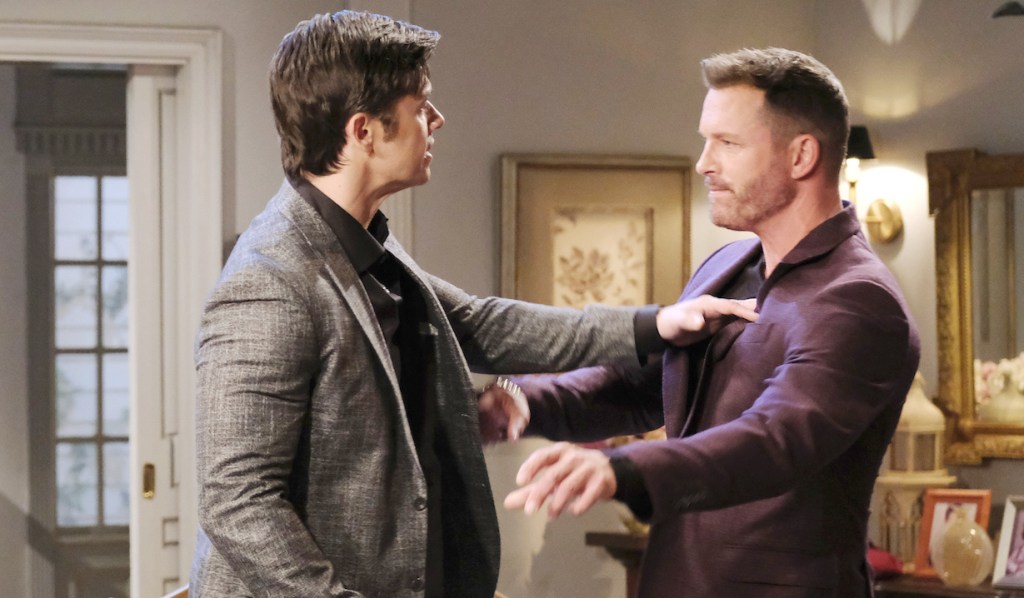 At home, EJ asks his wife what Nicole meant back at the Pub. It sounded like an accusation. “What sin have you committed now, Samantha?”

John continues to defend Sami to Belle once they get to the penthouse. However, Belle knows that for some reason Sami wanted to take Nicole down in public. Roman and Marlena show up to relay Eric is not doing well.

Next on Days of Our Lives: Eric and Nicole hash it out, and Allie tries to help Ciara remember.

We’re celebrating 36 years of Victor Kiriakis with a photo gallery below of the Days baddie and contentious family patriarch. Get your free daily soap-opera fix for Days of Our Lives — and all of the other daytime dramas — delivered straight to your email inbox by signing up for Soaps.com’s newsletter.

Xander Blindsides Eric and Nicole at...

Nicole Is Left Sobbing on the Floor...

‘Grey’s Anatomy’ Recap: Amelia Confesses She ‘Hated’ The Life She Was Living With Link

How ‘The Blacklist’ Moved On After Megan Boone’s Exit