Tuesday, June 15, 2021: Today on Days of Our Lives, Chad goes along with Kate's plan, Tony makes EJ an offer, and Lucas fights for Sami. 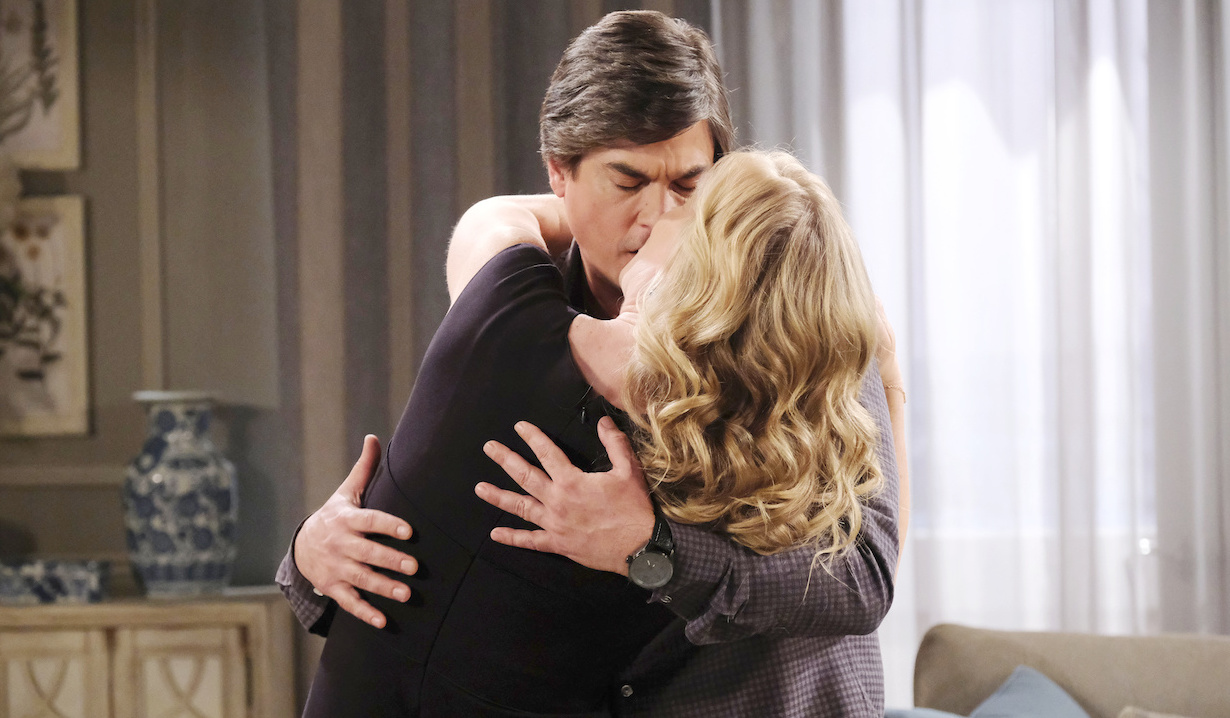 Jake and Gabi kiss in her bedroom at the DiMera mansion. When they pull away, Gabi asks how Kate took the news that they’re together. Jake admits he felt bad, so he didn’t tell her. Gabi thinks Kate is playing him and starts to walk away in a huff. Jake grabs her. He doesn’t want Kate, he wants her. They start making out.

In bed, after having sex, Jake again reassures Gabi she’s who he wants, but he can’t kick Kate while she’s down. Gabi thinks they can still see each other on the side, but Jake points out Chad will be a problem. 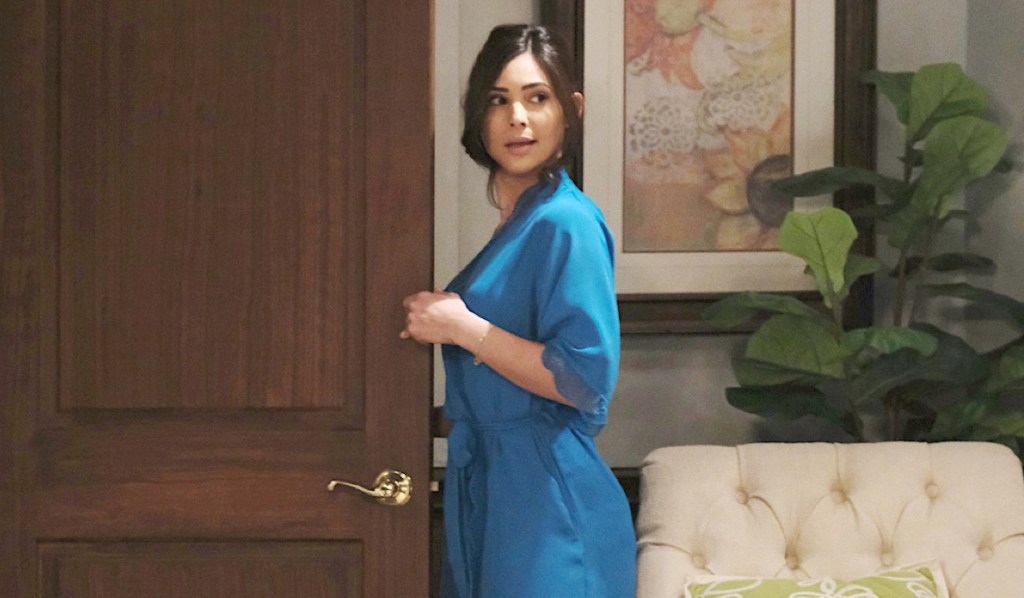 Chad finds Kate using a hand mirror to put makeup on in her hospital room. She freezes and pretends she can’t see. He smirks and asks if she’s checking to see if she’s the fairest in the land or if she’s pulling a fast one. Kate drops the act, admitting she’s scamming Jake. Chad doesn’t understand. She’s Kate Roberts — she doesn’t grovel to get a man. Kate assures Chad she doesn’t want Jake back. She wants to punish him. Kate asks if he’ll help her. Chad declares he doesn’t rat out his friends. Besides, there’s no love loss with Gabi, and Jake needs to learn. Go ahead, he says, have your fun. Kate wants him to look her in the eyes and shake on it. Chad obliges. “I promise. I won’t say a word.” 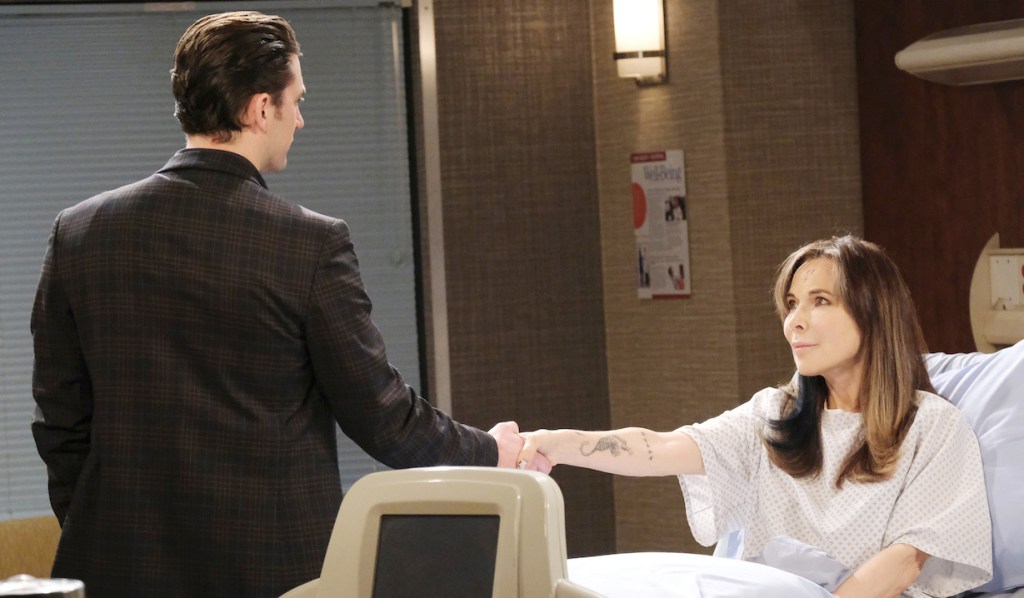 In the penthouse, Sami tells Lucas they have to forget about what happened between them and say goodbye. Lucas responds, “Like hell we do.” Sami defends her husband as Lucas disparages the way he’s been treating her. Sami tearfully tells her ex they will always be connected and she cares about him, but it ends now. She asks him to accept it. He reminds her they made love, it wasn’t just sex. They love each other and he meant everything he said. Lucas knows he’s right about EJ. So, when it hits the fan, she knows where to find him. He starts to leave, but she calls out his name. She pauses and then thanks him for everything. He walks over and pulls her into a passionate embrace. A stunned Marlena walks in.

Sami and Lucas break away from their kiss when they notice Marlena. Lucas tells Sami to have a safe trip home and leaves. Sami is left to tell her mother she’s going back to Italy with EJ, who is in Salem. Marlena calls it high-handed on EJ’s part, but Sami explains they need time alone. Marlena wonders if she agreed to go back to Italy to be with EJ or to get away from Lucas.

More: Lumi’s history in photos — from schemers to lovers Tony finds EJ in the DiMera living room. Tony’s thrilled to see his brother and they catch up over drinks. Tony brings up how their mechanic brother, Jake, is running the family business, but he doesn’t have the killer DiMera instinct. EJ wonders if Shin put him in charge so he could eventually take control. After more family discussion, Tony wonders what’s going on in EJ’s marriage that brought him back to Salem. EJ admits he took his despair out on Sami, which extinguished the fire that was once inside her. He had to apologize in person. Tony mulls this over, pointing out EJ doesn’t apologize. When they return to discussing the company, Tony declines the suggestion he run the company. However, he tells EJ to take over if he’s concerned about Jake being in charge. Tony asks if EJ cares to make his trip a permanent arrangement. 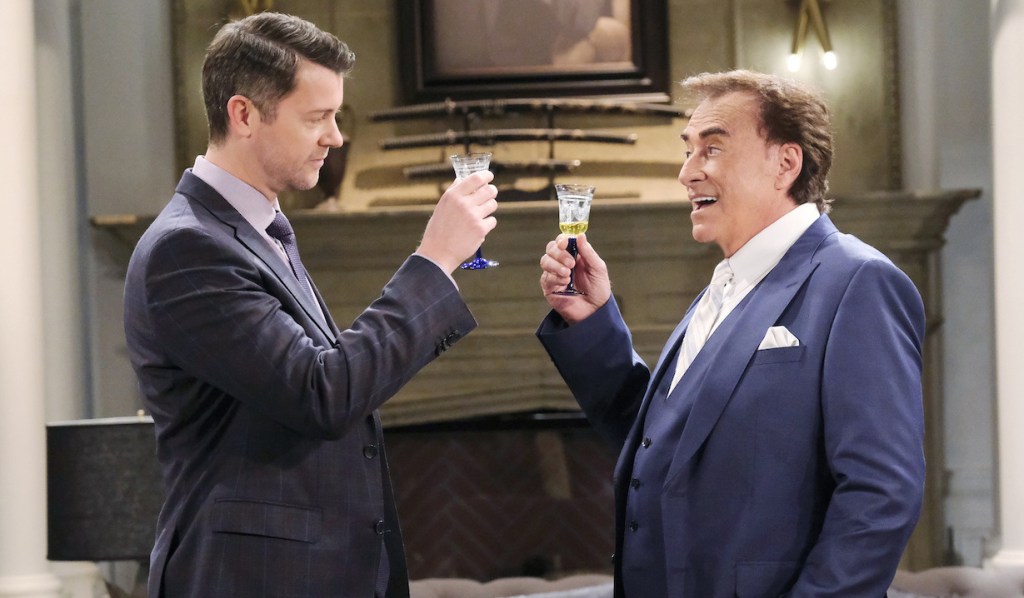 As Marlena asks Sami at home what Kristen has on her and Lucas, EJ returns. He tells Sami and Marlena there’s been a change of plans. They’re staying in Salem.

Alone with Stefano’s portrait, Tony questions EJ’s remorse over his marriage. He thinks they may once again have the EJ of the old. The one they knew and loved.

Brady enters Basic Black to find Nicole trying to throw Xander out of the office. Nicole lets go of Xander and tells Brady they should talk about hiring him. Brady sighs, questioning her thought process. She points out Xander has inside information on the competition, but Brady reminds her of the terrible things he’s done to her and Eric. What will Eric think about this, Brady asks. Xander arches an eyebrow as he looks at Nicole. “What will Eric think,” he wonders.

Xander leaves when Brady asks to talk to Nicole alone. Brady asks if she’s doing this to make Eric mad enough to come home. Nicole reminds Brady he left her for Titan, but she took him back. He agrees he owes her one. Xander pops his head back in asking if they made any decisions. Brady can’t believe he’s going to say it, but Xander’s hired. After Brady leaves, Xander puts his arm around Nicole and tells her she’ll find he’s as fantastic in the boardroom as he is in the bedroom. She punches him in the stomach, warning if he touches her again the next punch will be much lower.

More: Precious Way out, Raven Bowens in as Chanel 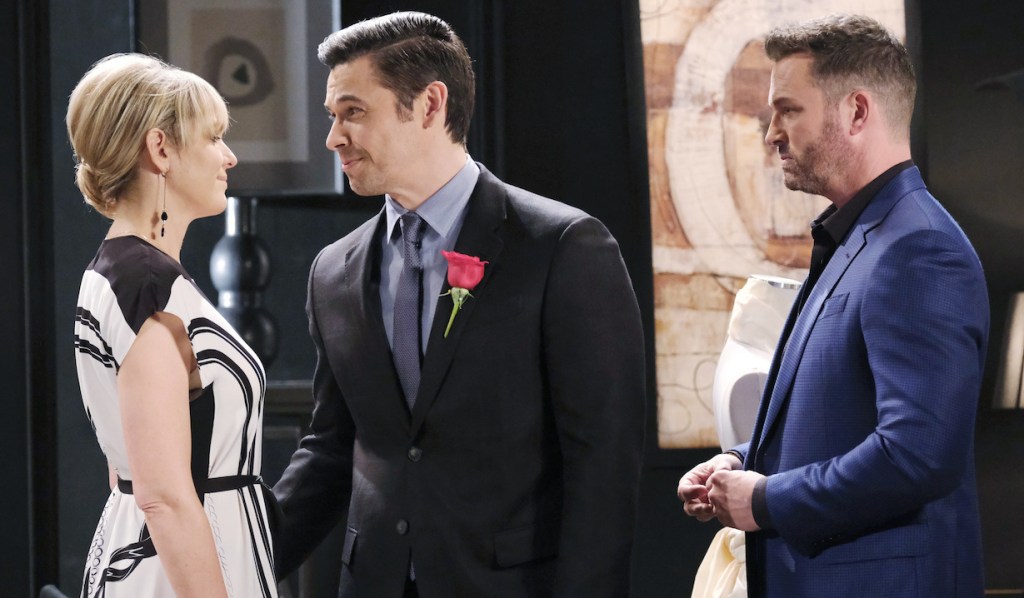 Next on Days of Our Lives: Belle tests Jan, and Chanel introduces Allie to her mother.

Look through our photo gallery below of the cutest kids in daytime. Then get your free daily soap-opera fix for Days of Our Lives — and all of the other daytime dramas — delivered straight to your email inbox by signing up for Soaps.com’s newsletter. 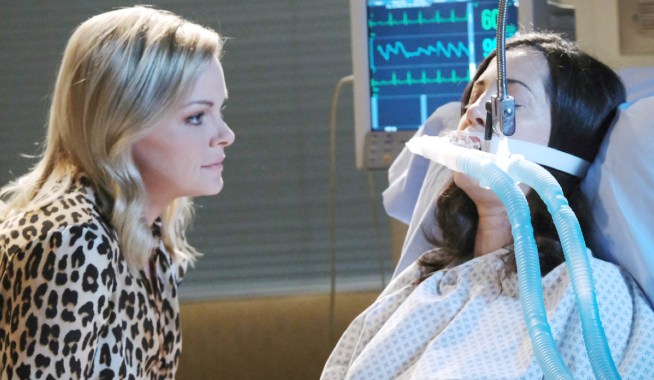