A Shocked Sami Opens the Door to EJ After Lucas Pours His Heart Out — Plus, Nicole Types a Tearful Confession to Eric 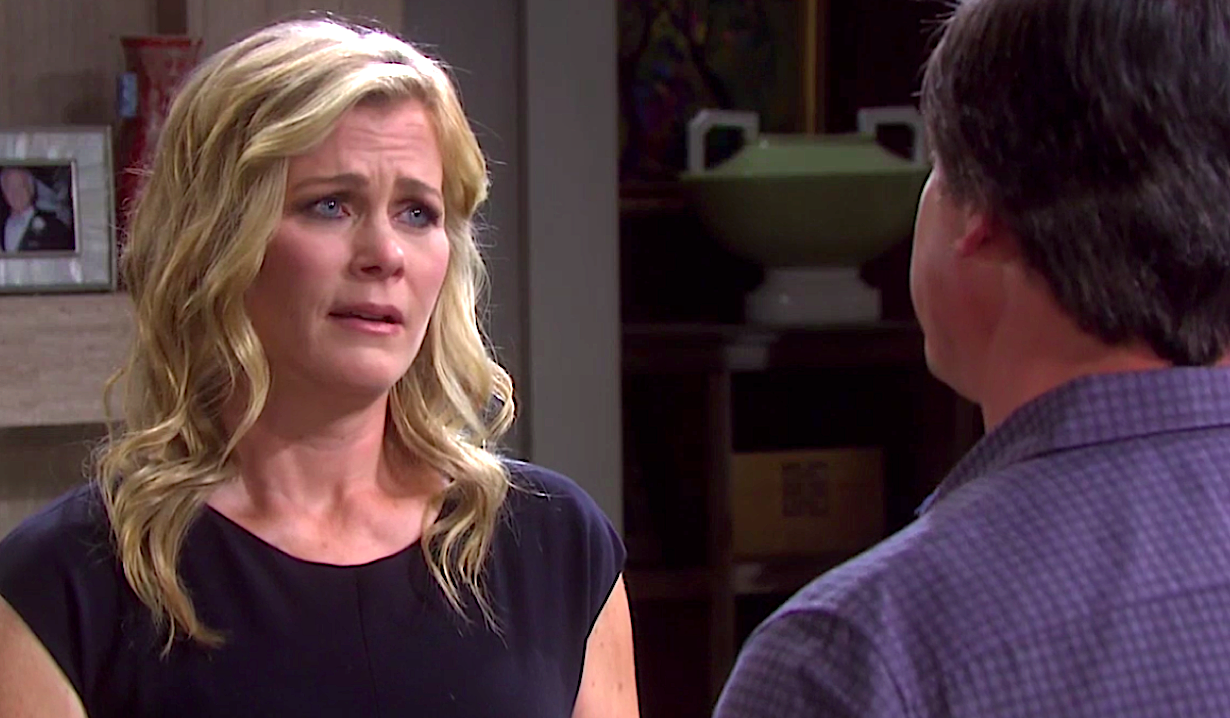 In a hospital exam room, Xander throws Gwen being Dr. Snyder’s drug mule in his face. Xander doesn’t care if Snyder is running a drug ring out of the hospital, he just wants Snyder to leave Gwen out of it. The doctor retorts he and Gwen have a mutually beneficial arrangement. She runs errands for him while he keeps the secret about her miscarriage. Snyder remains mum when Xander questions what he means by that. Xander grabs the doctor, ordering him to leave Gwen alone. He rips off his paper gown, picks up his shirt, and walks out. 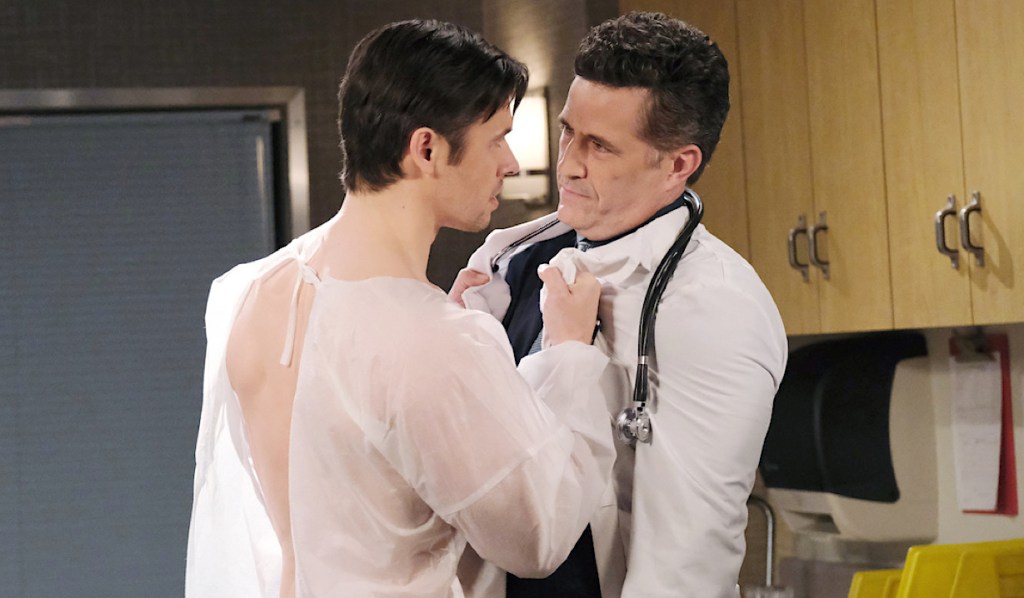 Kayla questions Gwen at the Horton house about Dr. Snyder. She explains someone witnessed a disturbing exchange between them. Gwen assumes it was Xander but then realizes it was Tripp. Gwen thanks Kayla for her concern but lies that she was just upset talking about her miscarriage. They have tense words about Abigail before Kayla leaves.

More: Relive Steve’s return from the dead 15 years ago

Gwen gets a call from Dr. Snyder who demands she tell her friend to stop threatening him. Gwen hangs up when Xander walks into the room. He tells her he did her a favor but she counters her blackmailer is now furious with her. Xander brings up her miscarriage. Gwen orders him not to mention that up ever again. Xander has an idea of the pain she feels and thinks Snyder is making it worse. He tells her to let him know if she decides she wants help with him.

Back at the hospital, Kayla asks Snyder about Gwen’s missing file. He doesn’t think there’s anything out of the ordinary to see but assures her he’ll have it to her as soon as possible. 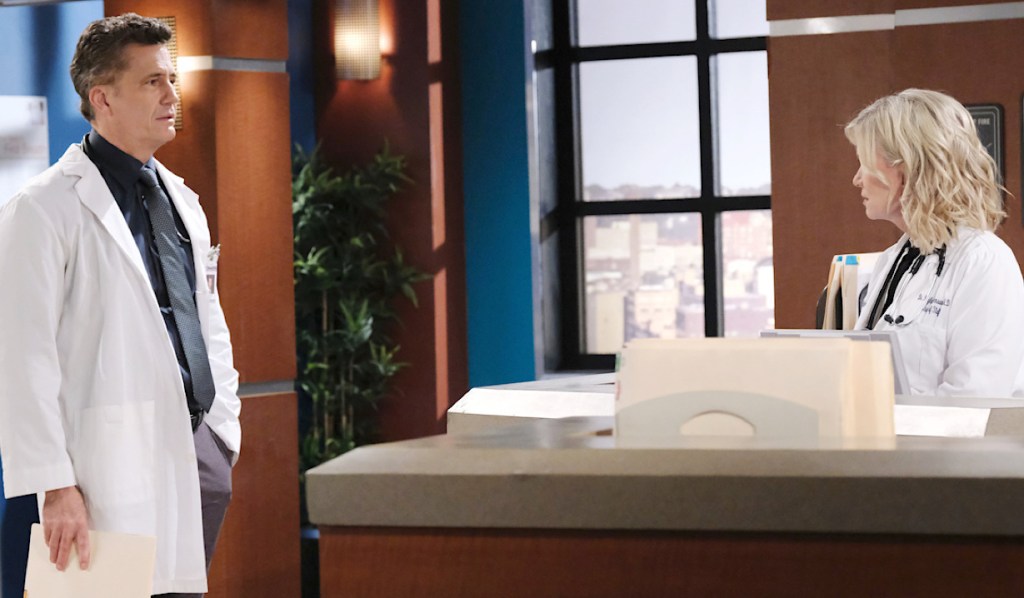 At Julie’s Place, Nicole digs out the hotel bill she faked for Sami. She starts typing an email to Eric because she can’t reach him by phone. She writes that she slept with Xander. Nicole cries as she hovers over the send button. Abe shows up, causing Nicole to quickly shut her laptop. After they catch up, Nicole grows teary confiding her feelings of loneliness. She’s not sure marriage is in the cards for her like it was for Abe and Lexie. Abe reminds her they had their own troubles but thinks Lexie keeping her infidelity a secret would have destroyed their marriage. After Abe leaves, Nicole says she can’t lose Eric and saves her email to drafts. 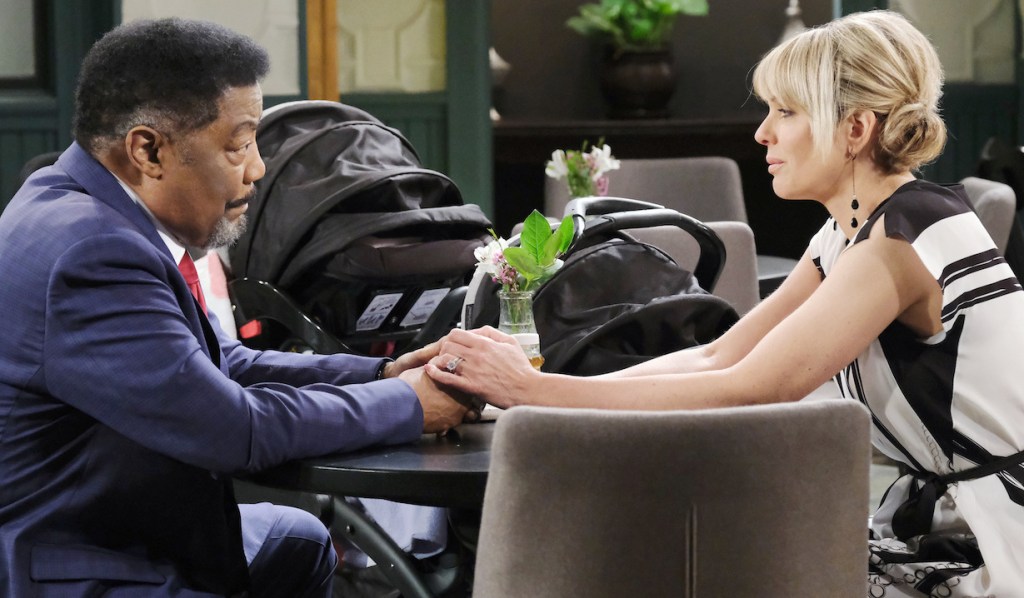 Paulina comes home to find Chanel looking over the Horton Square plans. Chanel wonders why the blueprints are for one big building instead of for separate stores. Paulina packs it up and says the plans are for a location in Miami. Chanel then shows her mother all her ideas for the bakery when Paulina doubts her commitment. Paulina thinks her daughter has great ideas but she’s worried she’s taking on so much on her own. Chanel explains she’ll be working with a friend. Chanel suggests they make a sweet potato pie from a family recipe she wants to use at the store. She bounces out after giving her mother a kiss on the cheek. Paulina sighs.

More: Could EJ reconnect with an ex upon his return?

When Chanel returns from the store, she thanks her mother for pushing her to do better. For the first time in her life, she knows exactly what she wants and that’s all thanks to her.

Lucas arrives at John and Marlena’s to a desperate Sami. She orders him to take off his shirt. She pulls out a wire for him to wear to help her prove Nicole cheated on Eric. Lucas refuses. He assumes she’s obsessing over Nicole’s infidelity so she doesn’t have to confront her own. Sami gets defensive but then agrees. She cries as she confesses she hates what she did to EJ. It’s easier to hate Nicole instead. She doesn’t know what she’ll do when she gets home. Lucas advises she be honest with him. Sami doesn’t think he’ll forgive her.

Sami wonders how she could have done this to the man she loves, Lucas suggests she might also be in love with him. Sami reminds her ex-husband she’s married. Lucas points out she’s all alone in that marriage. He thinks they should give it another shot. He points out they have been in love since they were kids. They are now the best versions of themselves, well, mostly. They have magic and he’s never had that with anyone but her. He wants it back. Sami brings up EJ again but refers to their love in the past tense. Lucas declares he’s there now. He’s her present and he’s all in if she is. Sami grows emotional, but just as she’s about to respond, there’s a knock at the door. She opens it to EJ (played by Dan Feuerriegel). 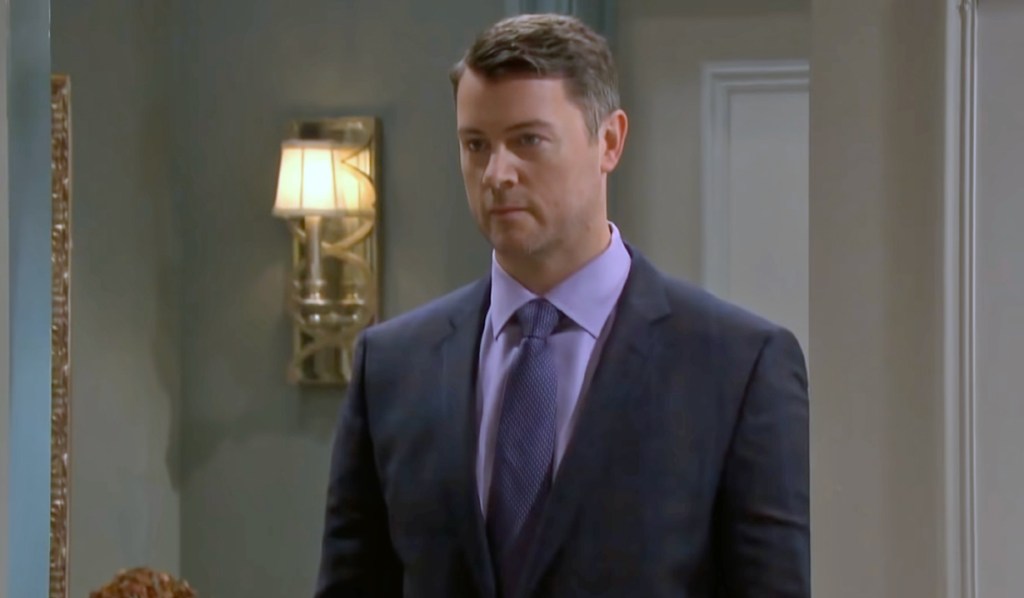 Next on Days of Our Lives: Philip and Brady clash over Chloe.

Need a refresher on Sami’s husband? Catch up on EJ’s past in Salem in our photo gallery below. Then get your free daily soap-opera fix for Days of Our Lives — and all of the other daytime dramas — delivered straight to your email inbox by signing up for Soaps.com’s newsletter. 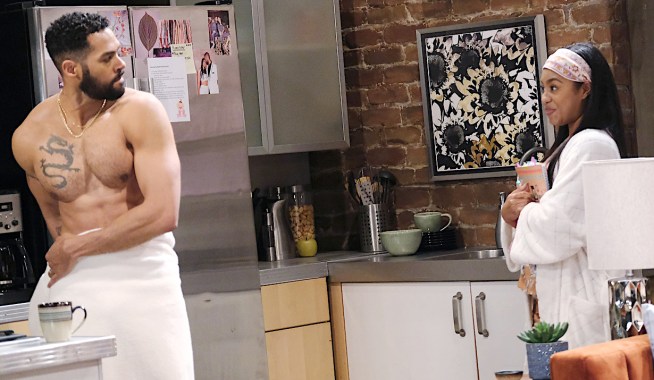 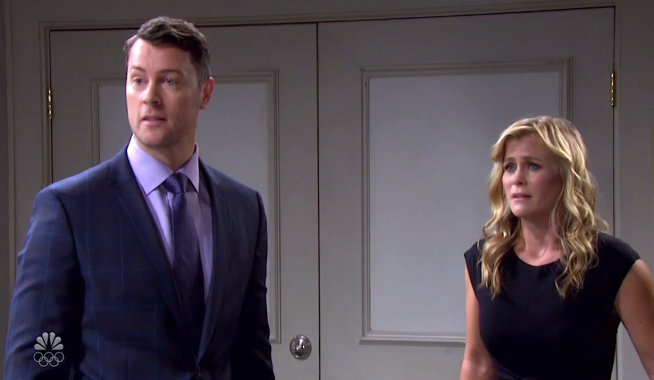